The iconic career of a game-changing sports hero is coming to an end, but not before one last run at the U.S. Open. Serena Williams, the G.O.A.T. of women’s tennis, is set to hang it up. It’s the end of an era, but one major remains.

The End of the Serena Era 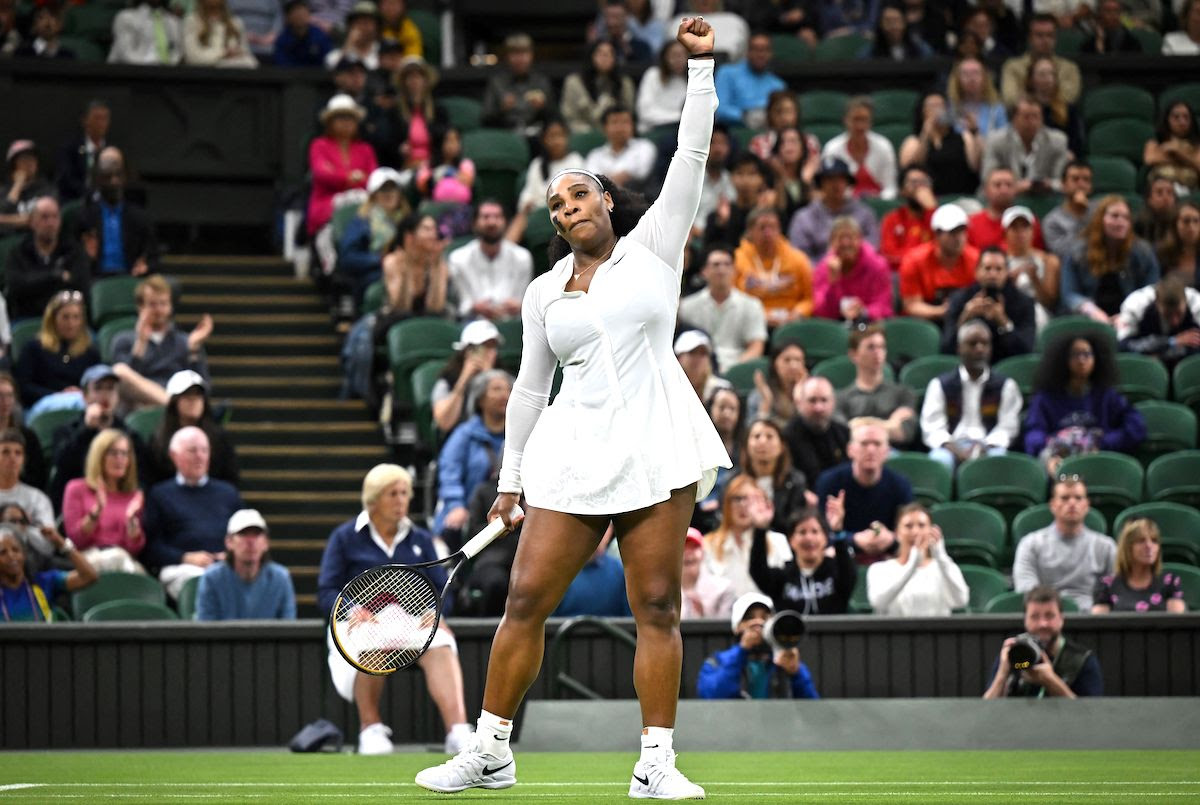 Sports fans have seen a lot of Serena Williams lately. She’s been spotted at awards shows, red carpet events and plenty of celebrity galas. On the tennis court? That’s been more of a rarity. Williams is currently competing in the Canadian Open this week where a massive announcement rocked the sports world on Tuesday. The 40-year-old announced that she’ll retire from tennis following the upcoming 2022 U.S. Open. The announcement was published in a Vogue article on Tuesday.

How We Got Here

It was June 26, 2021 when Williams suffered a leg injury at Wimbledon that took her out of tennis for an entire year. She returned to Wimbledon last month, but a first-round upset signaled the beginning of the end. The six-time U.S. Open winner said this year’s trip to Queens will be her final stop… A fitting finish at Flushing Meadows.

“I have never liked the word retirement. It doesn’t feel like a modern word to me. I’ve been thinking of this as a transition… Maybe the best word to describe what I’m up to is evolution. I’m here to tell you that I’m evolving away from tennis, toward other things that are important to me.” — Serena Williams (Vogue)

There’s no question Williams has been the most impactful female sports figure of a generation over the last 20-plus years. Her accomplishments are staggering, but her larger-than-life persona has breathed life and inspiration into women’s sports since before the turn of the century. Her 23 grand slam titles are the most by any player (men or women) in the open era. She boasts 73 career singles titles and more than $94 million in career winnings. That doesn’t even breach the surface of her off-the-court endorsements and celebrity gravitas.

*Margaret Court has 24 major titles prior to the open era

Soon to be 41 years old next month, with injuries stacking and family goals taking precedence, Serena’s final U.S. Open run is near. She began her pro career at age 14, and she’ll step away 27 years later. An epic farewell sendoff will undoubtedly be the storyline later this month in Queens, and the sports world will take one last glimpse of Serena in action. The G.O.A.T. of women’s tennis is about to drop the mic…

Vogue: Serena Williams Says Farewell to Tennis On Her Own Terms—And In Her Own Words

NY Times: Serena Williams Leaves Tennis Just As She Played: On Her Own Terms

CNBC: Serena Williams on Retiring: ‘If I Were a Guy, I Wouldn’t Have to Choose Between Tennis and Family’ 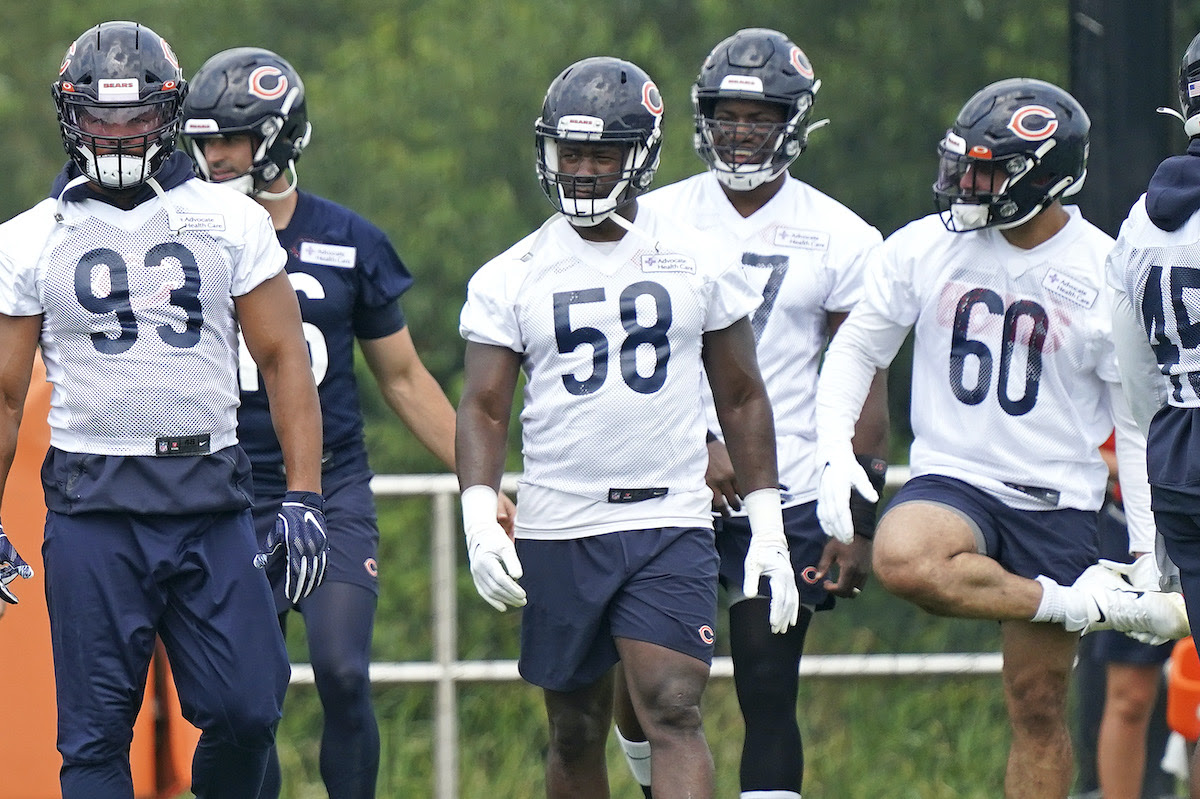 We’re just days away from Week 1 of the NFL Preseason, and the storylines across 32 training camps are continuing to heat up. From trade requests to quarterback battles and injuries to coaching changes, the league is greasing the wheels and pumping the tires for the 2022 season. Preseason is always a dress rehearsal for real football, but hundreds of players are fighting for roster spots. Here’s the latest across training camps:

Bears linebacker Roquan Smith has been holding out due to contract negotiation failures in Chicago, and his patience ran out on Tuesday. Smith made his trade request official. The 25-year-old out of Georgia was the No. 8 pick by Chicago in 2018.

The coaching staff remains mum on the quarterback battle in Carolina, but almost all reports from training camp suggest Baker Mayfield has been better than Sam Darnold through two weeks of camp. No decision has been made on the starter.

The Washington Commanders fired their defensive line coach Sam Mills on Tuesday due to a “difference of philosophy,” according to head coach Ron Rivera. The release marked a rare coaching change just weeks before the season.

Jets offensive lineman Mekhi Becton missed all of last season with a knee injury, and it appears he’ll be sidelined for 2022 as well. The Jets’ massive right tackle suffered a fractured kneecap on Monday.

There was a lot of offseason speculation that Rams head coach Sean McVay had interest in transitioning from coaching to broadcasting after winning the Super Bowl, but that appears to be false. McVay revealed to reporters on Tuesday that he signed a contract extension with L.A. that wasn’t made public. 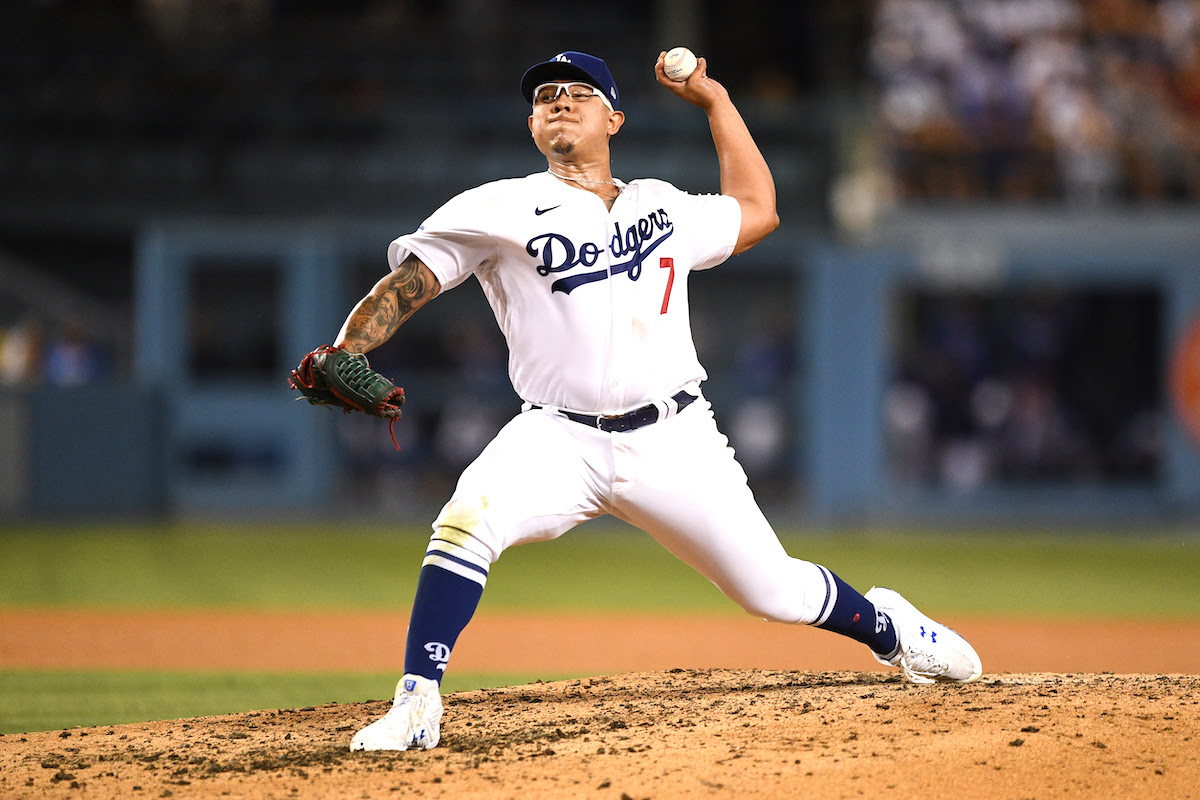 Los Angeles is still cruising! The Dodgers won their ninth straight game by multiple runs on Tuesday over the Twins (10-3), securing their longest such win streak in franchise history. Max Muncy hit a home run while every Dodger who stepped to the plate recorded a hit — 15 total. Julio Urias tossed eight Ks in seven innings of one-run ball, and the Dodgers (76-33) have surged past the Yankees (71-39) and Mets (72-39) to the top of the majors.

Sox Lose Sale: Red Sox ace Chris Sale started just two games this season, and now he’ll be out for the rest of the year after suffering a fractured wrist in a biking accident over the weekend.

Padres Break Slump: After winning the trade deadline, the new-look Padres went 26 innings without a run. That changed on Tuesday when Juan Soto hit his first homer in San Diego’s 7-4 win over the Giants.

Ohtani’s Double Duty: Shohei Ohtani led the Angels over the A’s in a California battle (5-1) with a dominating performance on the mound and at the plate. Ohtani struck out five over six innings with zero runs allowed, and he went 2-for-3 with a homer.

The Seattle Storm set a number of records in Tuesday’s win over the Chicago Sky (111-100), including a franchise-record 111 points and a WNBA record 37 assists. Breanna Stewart led the charge with 25 points, 9 rebounds and 5 assists.

While Serena Williams stole the spotlight in the tennis world on Tuesday, there was still action at the Canadian Open in Toronto. Coco Gauff continued her late hot streak and advanced to the Round of 32 with a straight-set win over Madison Brengle (6-1, 6-3).

It’s all star night in Minnesota (8:30 pm ET) as MLS and Liga MX come together for an international clash of stars. Here’s everything you need to know. (CBS Sports)

Observations About the 2022 CFB Season

From easiest nonconference opponents to games of the week to early kickoffs, we go through the fall slate. (Sports Illustrated)

Matt Carpenter has enjoyed a resurgent 2022 campaign, but a fractured foot will keep him out of the lineup for a while. (Sporting News)