Stars on the Pitch

The MLS All-Star break gives us a chance to take stock of the league outlook with 10 games left, and there’s a wild playoff race brewing in the WNBA. Week 1 of the NFL preseason kicks off tonight, too.

Stars on the Pitch 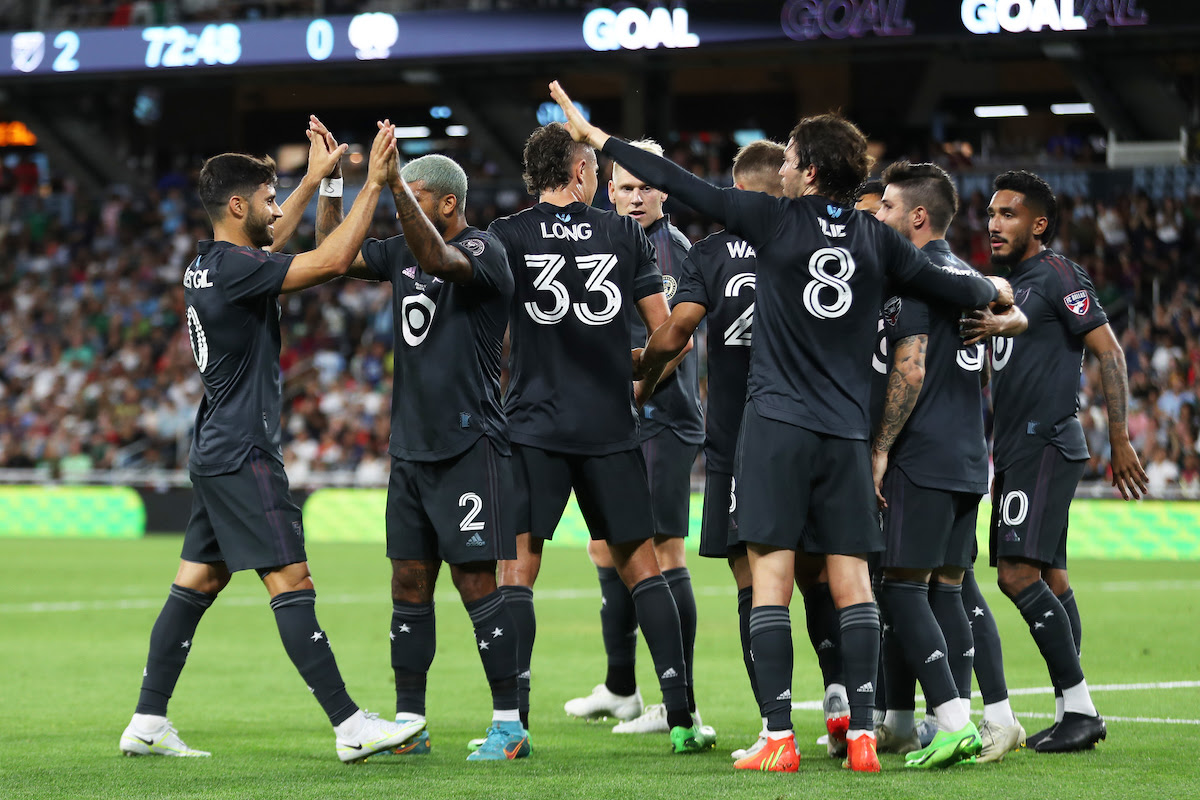 The second rendition of the new format for the MLS All-Star Game took center stage Wednesday night in Minnesota. The MLS (United States) and Liga MX (Mexico) squared off for the second time after the MLS won last year’s event in penalties. Make it two straight for the MLS stars…

The 2022 MLS All-Star Game: The MLS squad got off to a great start with a header from LAFC’s Carlos Vela just three minutes in. Seattle’s Raul Ruidiaz made it two-nil in the 73rd minute with a penalty-kick strike. Liga MX knocked on the door all night long with 20 shots, but MLS goalkeeper Dayne St. Clair walked away with the All-Star MVP award. He nearly held the Mexican side scoreless until the late Liga MX goal from Kevin Alvarez (84’). Liga MX outshot the MLS 20-7, including 7-2 on target, but the early finish from Vela and a penalty made the difference.

The all-star break’s conclusion means the home stretch of the MLS season is about to begin. Teams have played 24/25 out of 34 matches, and the playoff picture is beginning to shape up. The top seven teams in each conference make the postseason in a seeded, single-elimination format. Every team is still alive, but LAFC is holds the advantage through 2/3 of the season. Let’s take a look at where the teams stand. 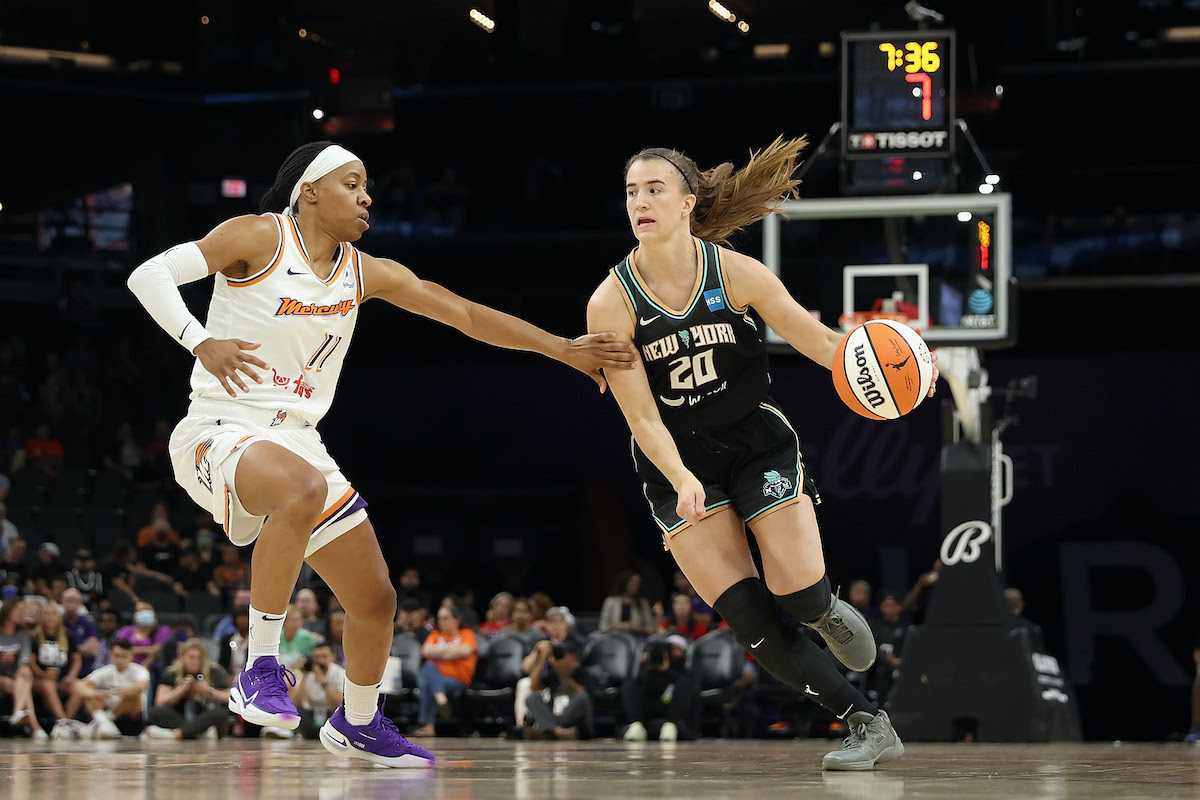 Well, well, well… The WNBA season is two games away from completion, and the final two playoff spots are up for grabs with five teams still in the mix. Wednesday’s action saw the Liberty and Lynx nab wins to boost their playoff hopes. All five teams — Lynx, Dream, Liberty, Mercury and Sparks — are separated by just one game or less with two games to play. The top six spots have already been locked up.

The Final Weekend: With games on Friday and Saturday, we’re essentially looking at a play-in for the last two spots. The Lynx and Sparks have the toughest road ahead with matchups against top teams already in the postseason. The Mercury don’t have a path that’s any easier, and the Dream and Liberty face off twice in two head-to-head battles that’ll certainly decide who gets in. Let’s roll the dice!

ESPN: Everything You Need to Know About the WNBA Playoff Race 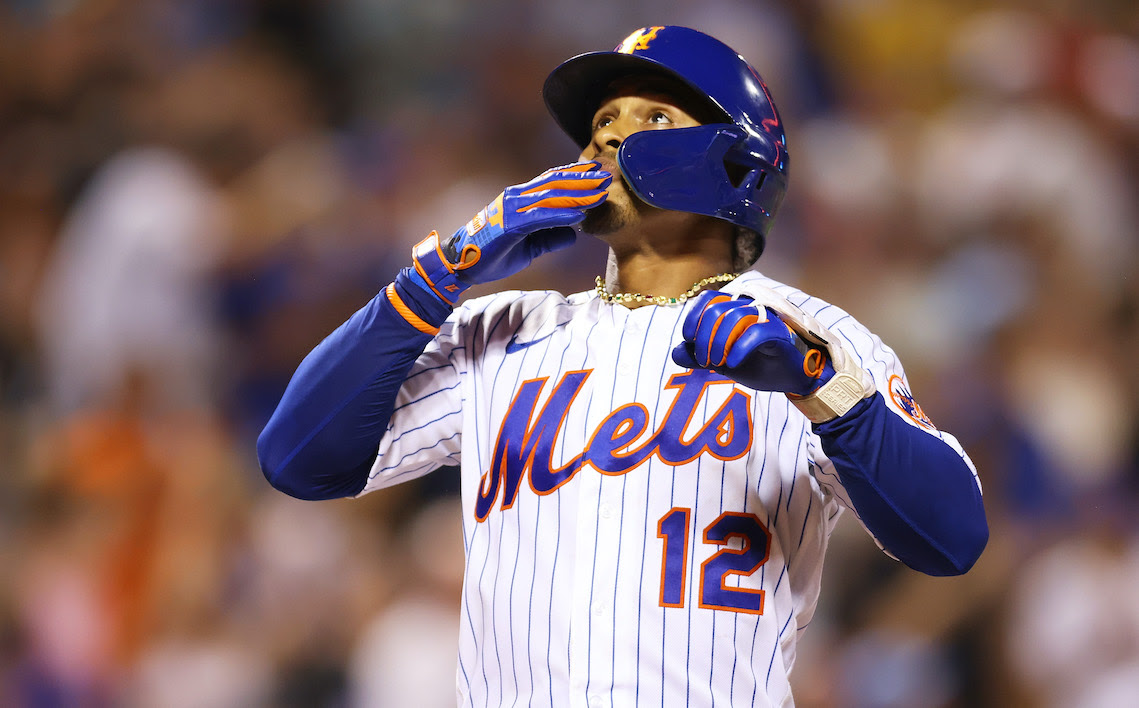 The Mets get today’s baseball spotlight with a 10-2 shellacking against the Reds to complete the series sweep at Citi Field. Francisco Lindor has come on strong late in the season by scoring a run in 13 consecutive games, and that’s a beautiful sight for Mets fans. Lindor sparked the offense on Wednesday with his 20th home run. He also added two RBIs to give him 81 on the season, tying the franchise record for RBIs by a shortstop. With the Mets’ latest win streak at six, they’re 20-6 in the last month and catching fire at the right time.

Grissom’s Braves Debut: Braves newcomer Vaughn Grissom got called up and made history in his debut. He hit a home run and went 2-for-4 in the Braves’ 8-4 win over the Red Sox.

Padres Power 13 Runs: It took awhile for the new-look Padres to put the pieces together after winning the trade deadline, but they’re clicking now. San Diego hung 13 rungs on the Giants Wednesday in a 13-7 win.

Phillies Win 7th Straight: The Phillies rallied after Marlins’ ace Sandy Alcantara held them down through seven innings. A trio of RBI punches in the 8th inning led to Philly’s seventh straight win (4-3).

Dodgers Win 10th Straight: The Dodgers extended their win streak to 10 with a win over the Twins (8-5) behind Joey Gallo’s three-run blast.

One day after announcing her retirement plans, Serena Williams lost in the Canadian Open to Belinda Bencic (6-2, 6-4).

The Big Ten, ESPN marriage is another casualty of college sports’ growing division. The ties between the broadcast giant and the country’s oldest conference run deep. Now, the battle lines may run deeper. (Sports Illustrated)

There were also plenty of new stars who shone and with so many amazing goals, wins and a few upsets, it was a great start to the season. It feels like a few of these signings are here to stay for the season in our top 20. (NBC Sports)

After last year’s smashing success, the Field of Dreams Game returns to Dyersville, Iowa, where the classic movie “Field of Dreams” was filmed. Here’s everything you need to know about the second edition tonight (7:15 pm ET) between the Cubs and Reds. (FOX Sports)