The weekend ahead features plenty to chew on for sports fans. It’s the last weekend without football in 2022. But first, another twist in the Brittney Griner saga stole the headlines on Thursday. 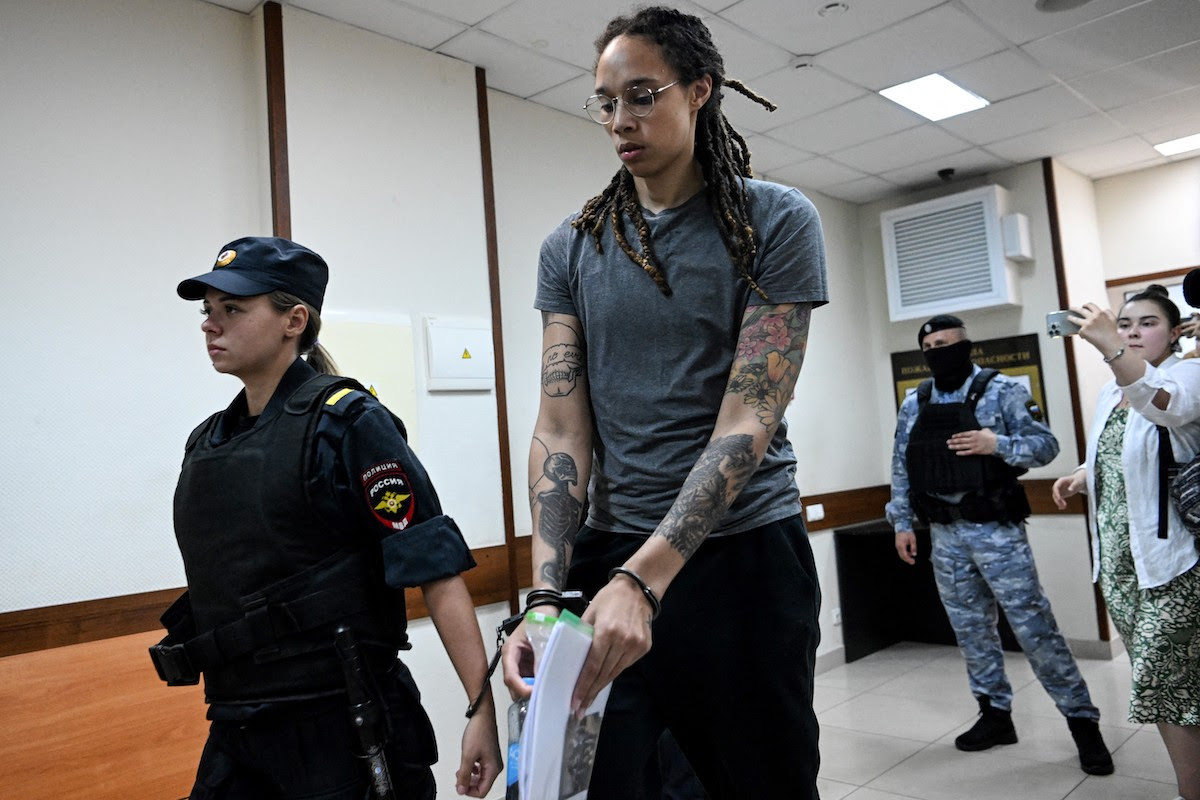 WNBA star Brittney Griner was convicted by a Russian court on Thursday and sentenced to nine years in prison. On February 17, Griner was stopped at a Moscow airport security check with vape cartridges containing hashish oil, but she’s been convicted of smuggling drugs with criminal intent. The saga that’s played out over the last six months has been a showcase of wrongful detainment by the Russian government with Griner as a political pawn, and Thursday ruling was the next devastating development.

President Biden: “Today, American citizen Brittney Griner received a prison sentence that is one more reminder of what the world already knew: Russia is wrongfully detaining Brittney [Griner]. It’s unacceptable, and I call on Russia to release her immediately so she can be with her wife, loved ones, friends, and teammates.”

The Biden administration previously offered a prisoner swap for Griner and another American detainee, but the Russian government declined. We’ll have more on this story as it develops.

The Las Vegas Raiders handled the Jaguars Thursday night in Canton with a 27-11 win in the preseason kickstart Hall of Fame Game. Vegas ran up a 27-3 lead before surrendering a touchdown.

The Angels set an MLB record Thursday night with seven runs on seven different solo shots, including two from Shohei Ohtani, but they still lost to the Athletics (8-7).

Japan’s Hinaka Shibuno (-6) leads after Round 1 at the British Women’s Open in Muirfield. American Jessica Korda (-5) is right on her heels as Round 2 begins this morning.

The MLS game of the night featured a nine-goal thriller between the Colorado Rapids and New York Red Bulls with the Rapids scoring three goals in the final 15 minutes and change for a 5-4 win.

To put a bow on the trade deadline that was, we ranked all 50 trades that took place since the All-Star Break based on the significance and shock value of the deals when they came across the timeline, from the fringe roster swaps to the mind-blowing blockbusters. (FOX Sports)

What’s the most interesting outcome of the Kevin Durant saga? One of the NBA’s biggest stars has been on the trade block for more than a month. We debate where we want to see KD play next. (The Ringer)

The 2022-23 Premier League fixtures are front and center as the new season is set to kick off this weekend. Will Manchester City win yet another Premier League title? Can Chelsea and Liverpool push them all the way? So. Many. Questions. (NBC Sports)