A wild weekend dished out baseball highlights, NFL contracts, England’s first EURO title and plenty more from around the globe. But first, the passing of another sports icon starts our week on a more somber note. Let’s honor the greatest winner of all-time… 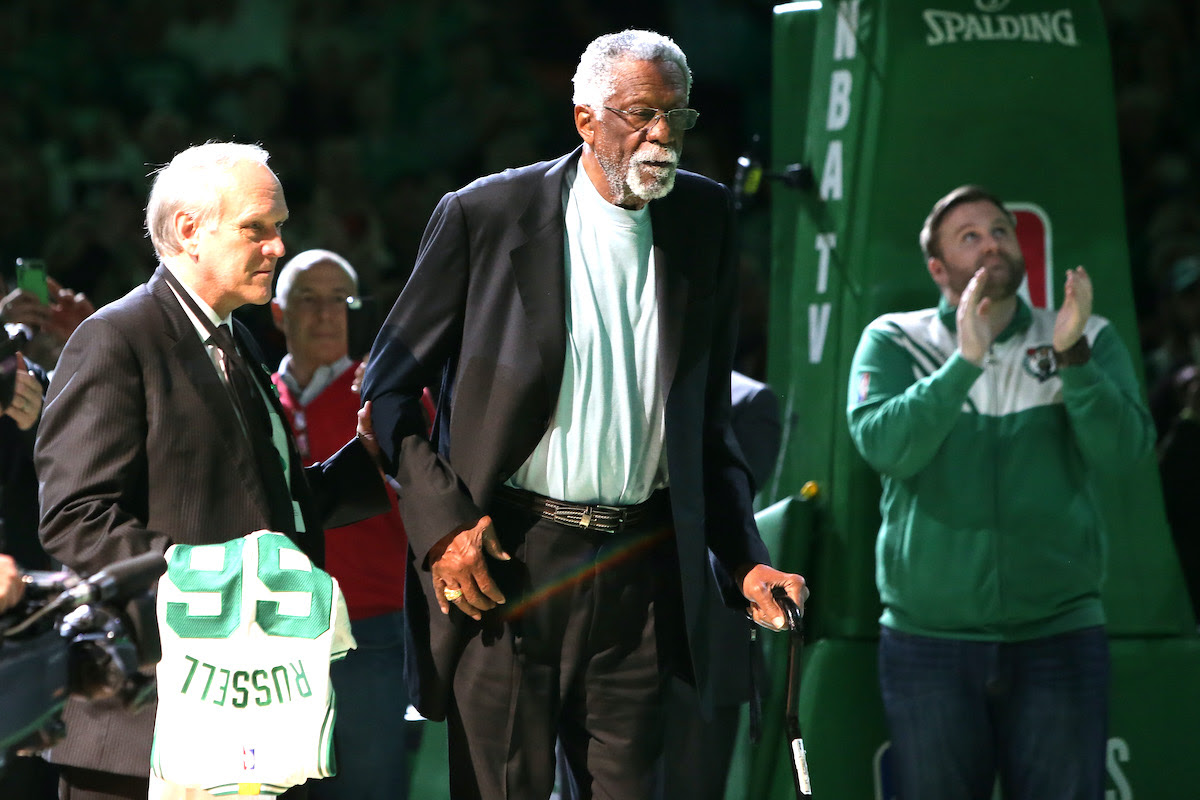 A sad day for sports fans… Boston Celtics icon Bill Russell passed away on Sunday at the age of 88. He was a champion of the highest caliber, securing 11 NBA titles — tied for the most by any professional athlete, ever — including eight straight from 1959-1966. Russell holds the record for NBA championships, as well as games played, rebounds and minutes. He also won two NCAA championships with San Francisco. In addition to his legendary basketball career, he was also a predominant figure in the civil rights movement during the 60s.

“Bill called out injustice with an unforgiving candor that he intended would disrupt the status quo, and with a powerful example that, though never his humble intention, will forever inspire teamwork, selflessness and thoughtful change.” — Russell Family Statement

Russell showed a generation of athletes how to use their platform to create change. And for that reason, he leaves a legacy beyond basketball.

USA Today: Even As A Reporter, It’s Tough Not to be in Awe of Bill Russell 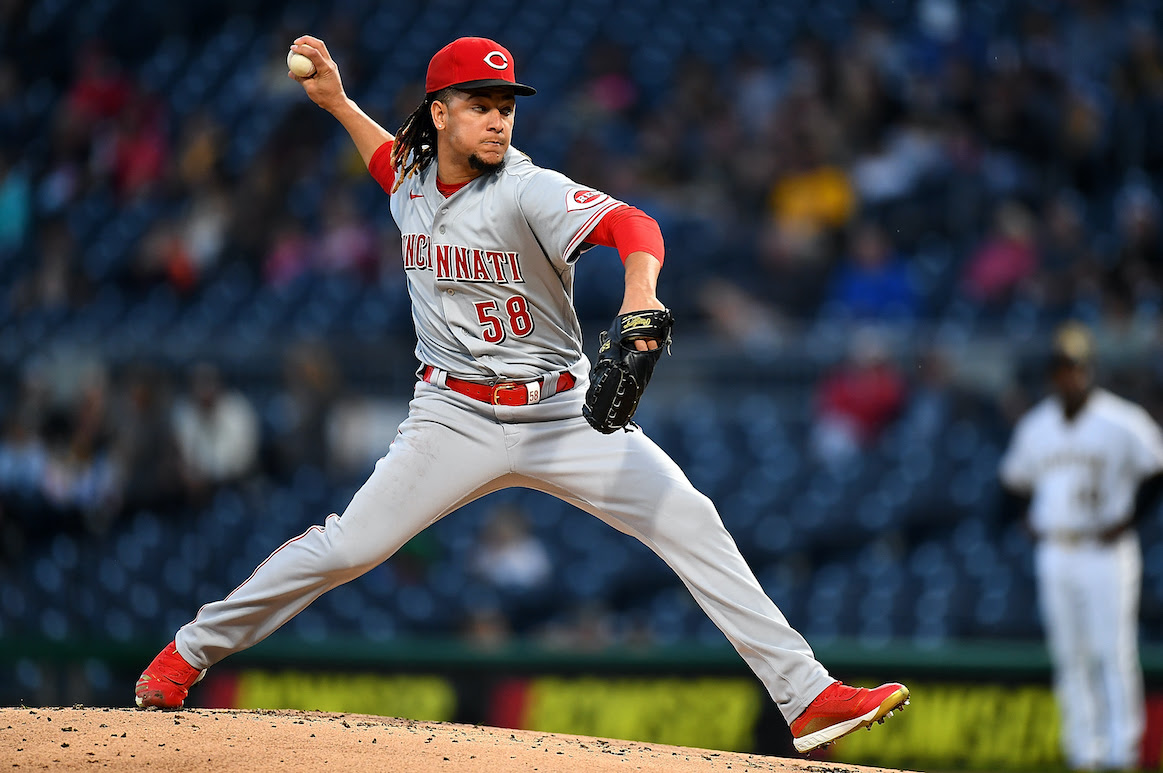 A fun weekend of highlights brought us into August where the pennant races are heating up, but this week’s big news revolves around the trade deadline. A few more deals were made in the last 48 hours, but plenty of top targets are still in limbo. Questions remain around Juan Soto, Willson Contreras and many more. Here’s the latest:

Notable Trades Over the Weekend

Outman’s Outstanding Debut: The Dodgers called up Triple-A star James Outman on Saturday, and he popped a home run in his first plate appearance. L.A. beat the Rockies (7-3), and Outman became the eighth player in franchise history to homer in his first major league at-bat.

Detmers Joins Rare Company: Angels rookie Reid Detmers tossed an immaculate inning on Sunday against the Rangers. The Angels lost the game (5-2), but Detmers joined Sandy Koufax and Mike Fiers as the only pitchers with an immaculate inning and a no-hitter in the same season.

Mets Stay Hot: The Mets smashed the Marlins on Sunday (9-3) behind a three-hit performance from Francisco Lindor. New York (64-37) had 19 hits in all to stay hot with their sixth straight win.

The Wait Is Over! 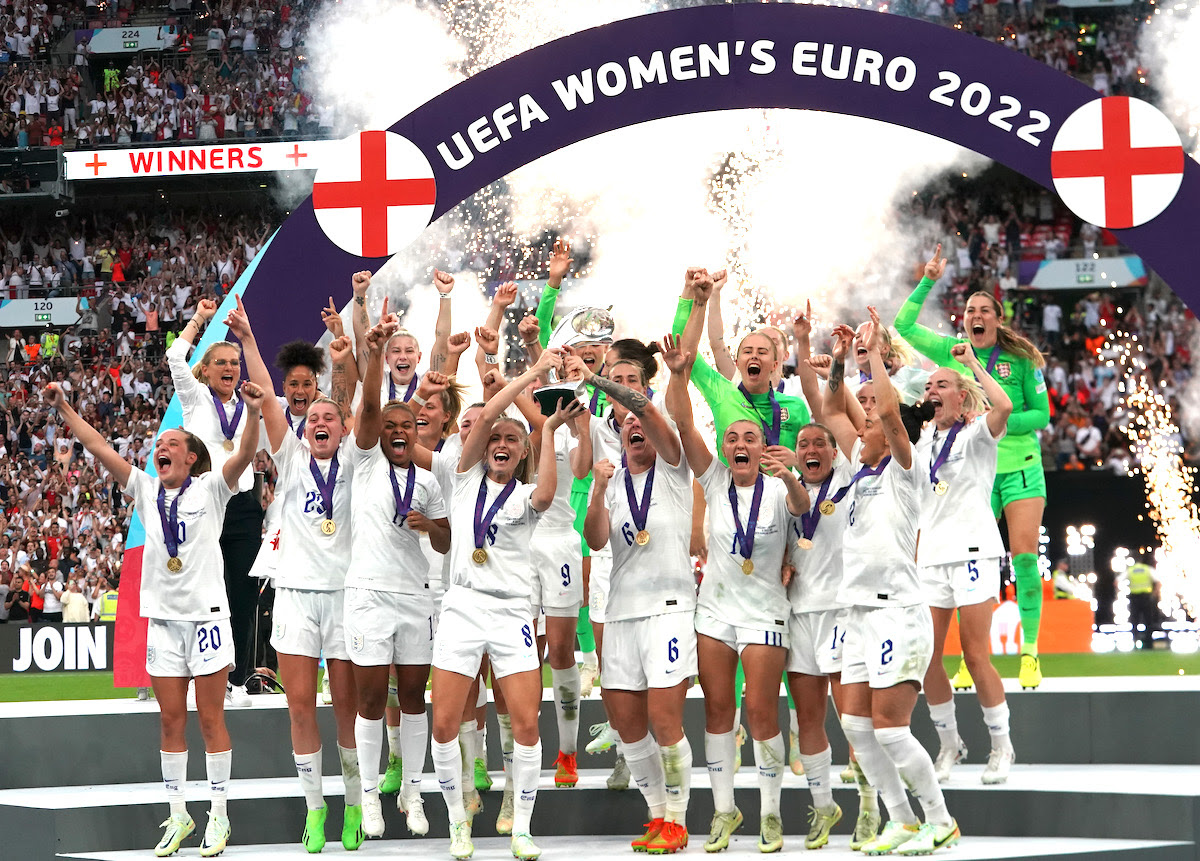 The wait is over! The England women’s soccer team claimed their first major tournament trophy on Sunday with a 2-1 win over Germany to capture the 2022 UEFA Women’s European Championship. The victory packed years of waiting into a euphoric celebration in front of a record-breaking crowd of 87,000-plus at Wembley Stadium in London. England took the lead in the 62nd minute with a goal from Ella Toon before Germany’s Lina Magull equalized (79’) to force extra time. In the 110th minute, a corner-kick fell to the foot of Chloe Kelly for a tap-in that sent the Lionesses in front for the win. It was England’s first major tournament triumph — men or women — since the 1966 World Cup (men). 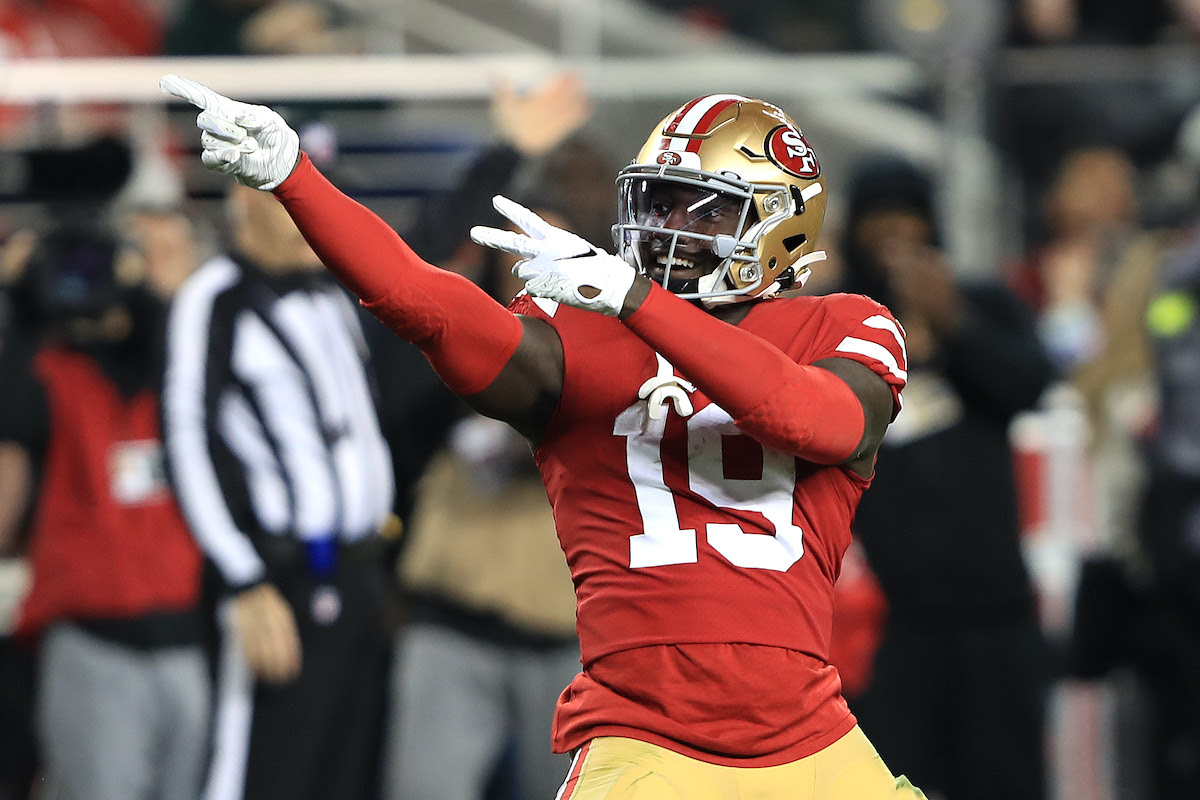 The next training camp holdout has ended. The San Francisco 49ers signed WR Deebo Samuel to a 3-year, $73.5 million extension on Sunday, ending a short holdout and closing the book on a wild offseason of trade speculation. Samuel was the most notable holdout entering training camp, alongside D.K. Metcalf (Seahawks) who signed late last week, but both didn’t last long. There seems to be a hex on major holdouts this preseason. Samuel’s contract makes him the seventh wideout this offseason to sign a deal worth at least $24 million per year.

What sets Samuel apart is ultimately what earned him a massive contract among the game’s elite pass-catchers. He’s caught 167 passes for 2,598 yards and 10 touchdowns over three seasons with the Niners, but the dual-threat weapon has been a star in the run game, too. Last season, Deebo had nearly 400 rush yards and eight TDs on the ground. He has over 3,000 yards from scrimmage in three years, and the Niners made sure to keep him.

Make it back-to-back wins on the PGA Tour for Tony Finau! The 32-year-old blew the doors of the Rocket Mortgage Classic with a 26-under scorecard for his second straight win. Patrick Cantlay (-21) and Cameron Young (-21) finished five strokes back.

That’s back-to-back Formula 1 victories and eight this season for Max Verstappen. The Dutch driver bested Lewis Hamilton by more than seven seconds Sunday in the Hungarian GP, and he now leads the overall F1 standings by a whopping 80 points.

The Women’s Tour de France concluded on Sunday with Annemiek van Vleuten winning the final stage by 30 seconds to capture the yellow jersey by more than three minutes total. It was the 39-year-old Dutch rider’s first Tour de France win.

UFC: Nunes Gets Revenge on Pena

Amanda Nunes got her revenge Saturday night in Dallas at UFC 277 by winning back the bantamweight title belt from Julianna Pena by unanimous decision (50-45, 50-44, 50-43).

Sunday’s battle between two of the WNBA’s top three teams went down to the wire as the Sky beat the Sun on Allie Quigley’s clutch bucket (95-92, OT). Kahleah Copper led Chicago with 27 points in the absence of Candace Parker, and the Sky (23-7) remain atop the WNBA.

A wild Week 23 in the MLS featured more matches than we can caption, but a pair of 4-4 “goalfests” and a 6-goal outing by Philadelphia brought plenty of highlights. It was the first time in MLS history that two matches in a single day features both teams scoring four-or-more goals.