Are You Ready For Some Football?

The time has finally come! After 207 long days without NFL football, the Rams and Bills face off tonight to kick off a brand new season. We wish you and your fantasy team the best of luck on the journey ahead.

Are You Ready For Some Football? 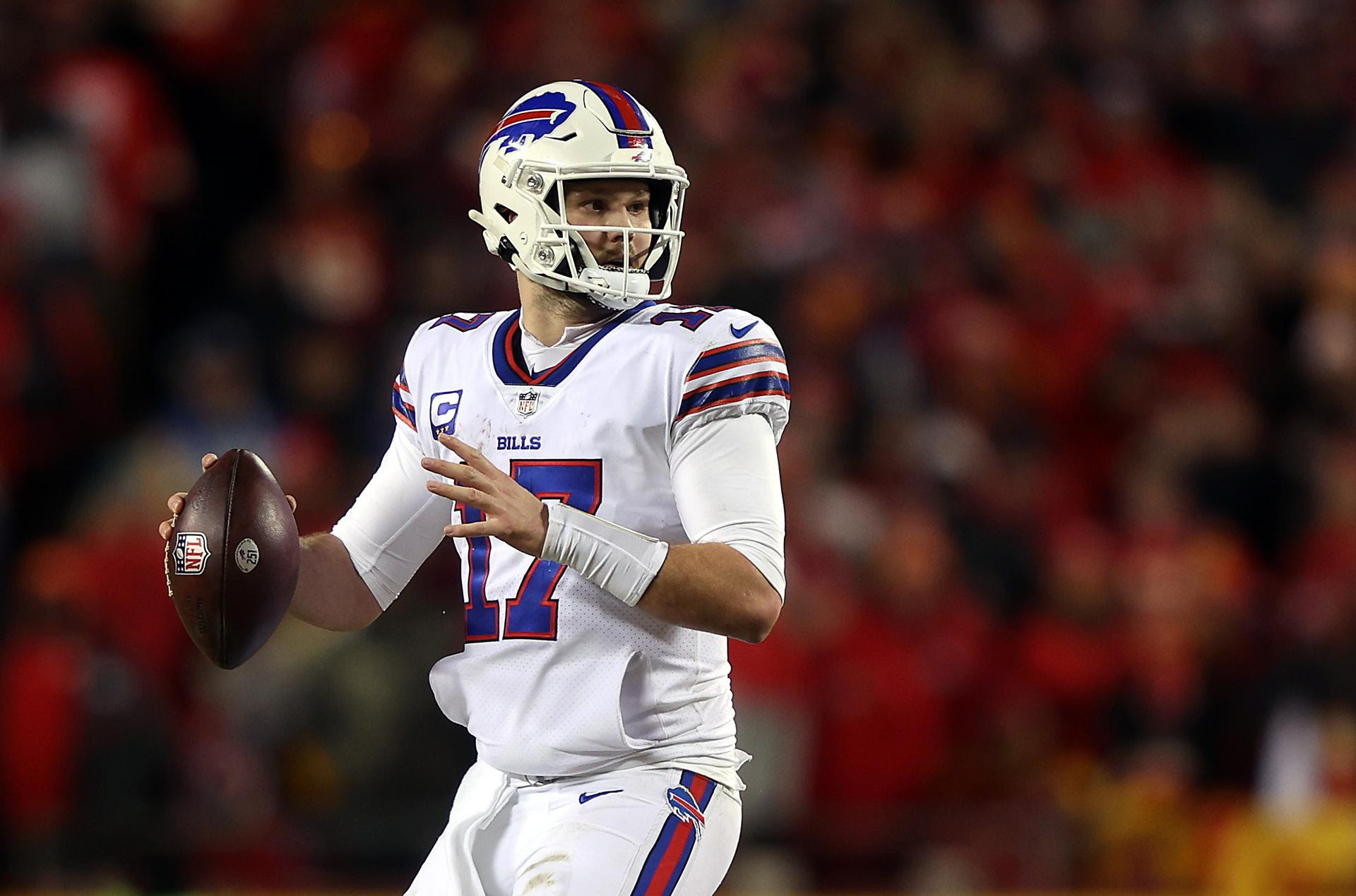 We really are spoiled with this matchup as the first game of the season. Tonight’s game will provide our first glimpse at the team that has everybody drinking the Kool-Aid, the Buffalo Bills, against the team that they are trying to knock off the mountaintop, the Los Angeles Rams. While it is just the first of seventeen games, both teams will be looking to make a statement for different reasons.

Will the Bills Live up to the Hype?

As we mentioned yesterday, this year is all about whether or not the Bills can live up to the lofty expectations set upon them. They took a key piece from the Rams’ Super Bowl run this past season, Von Miller, and added him to the top-ranked defense in the league. Buffalo was already loaded on both sides of the ball, and the addition of Miller shows that they are all in on winning a championship right now. Everything looks good on paper, the only question is if they’re as good as advertised.

Considering the Bills have a Super Bowl-or-bust mindset, the Rams are a perfect barometer for them to see where they fare compared to the league’s best. Offensively, there isn’t much to worry about with Buffalo. Josh Allen can light it up against the highest-level defenses in the league, which is why he’s heading into the season as the frontrunner to win the MVP award. It’s the defense that still needs to prove itself.

The last time we saw Buffalo play, their defense got torn to shreds by Pat Mahomes and the Chiefs in the Divisional round. Going up against another explosive offense headlined by Cooper Kupp will show if the blockbuster acquisition of Miller is enough to contain the league’s elite. If they show they can shut down the dynamic LA offense, then that might be a sign the Bills are going to be scary good this season.

All eyes will be on whether Matthew Stafford and Cooper Kupp can continue their record-breaking success from last year when Kupp became only the fourth NFL player to lead the league in receiving touchdowns, receiving yards, and receptions. Fans will also be eyeing whether Allen Robinson, the new receiver they signed, can complement Kupp well. The Rams believe that he is a fantastic fit. If that is the case, then it will keep LA at the forefront of the chase to be the first team to repeat as Super Bowl champions since the Patriots did so back in 2004-05.

The Rams were the champions last year because they had stars offensively and defensively. On the defensive end, they lost Von Miller but they also picked up Bobby Wagner from Seattle. If Wagner can be just as effective as he was when he was with the Seahawks, then this will be a formidable defense. The big question will be will Wagner’s productivity drop in his 11th year in the NFL.

Whoever wins the game could also end up winning the heart and mind of Odell Beckham Jr. Both teams are wooing the star receiver with the Rams going so far as to have a locker reserved for OBJ.

ESPN: Rams Downgrade Van Jefferson to out for Season Opener Against Buffalo Bills

Yahoo!: Bills’ Dawson Knox on Extension: ‘I wanted to be here for as long as I possibly could’

The Sportsletter is welcoming back the NFL with a season-long competition for our subscribers! Join The Sportsletter’s NFL Weekly Pick ‘Em Contest for a shot at weekly prizes. Each week’s individual winner(s) will get the spoils, but points accumulate week after week for a season-long leaderboard, too.

Our friends at Run Your Pool will host the competition, allowing you to play a simple and fast version of competitive Fantasy Football against your fellow readers. *Picks Due on Sundays at 1:00 pm ET 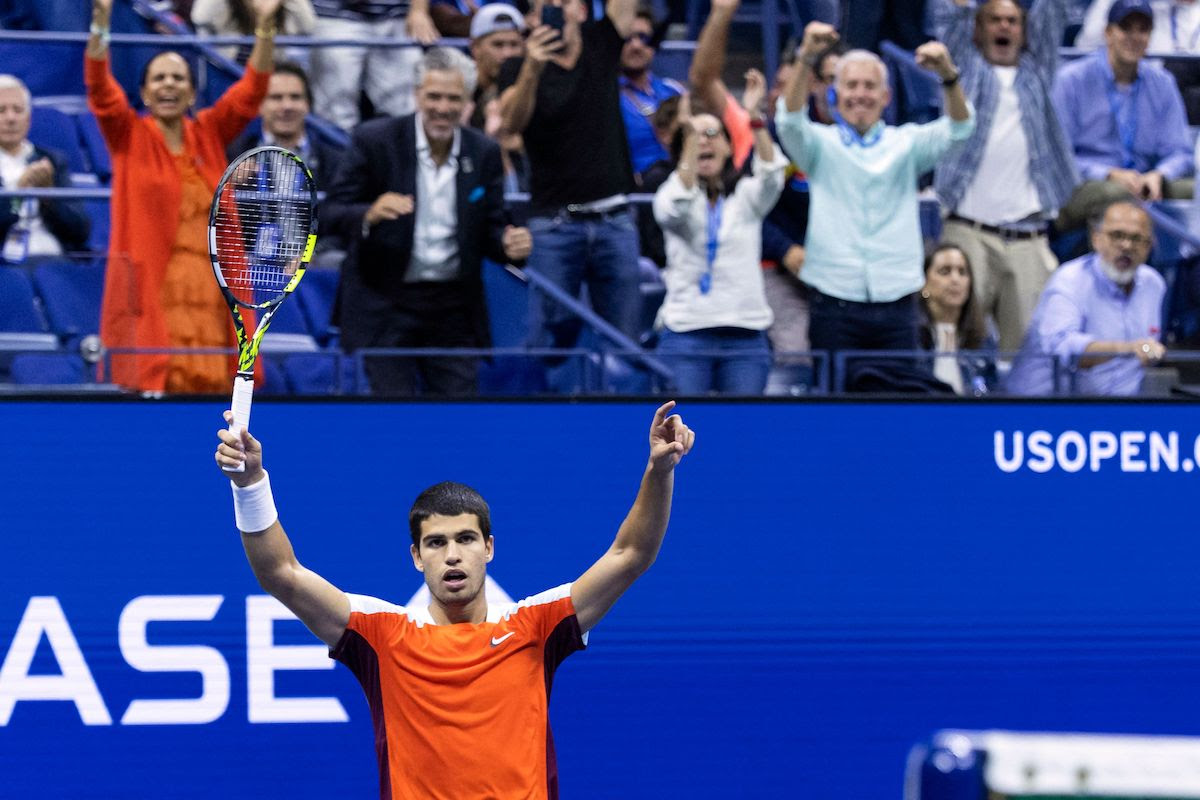 Recapping the Biggest Moments From the US Open’s Quarter Finals

The Quarter Finals came to a close last night, and we still can’t find the words to describe the match between Alcaraz and Sinner. Before the semis begin on Friday, here is all that went down the last couple of days.

This was supposed to be Nick Kyrgios breakthrough Grand Slam. The draw was wide open with the loss of the top seeds Medvedev and Nadal; however, that dream was dashed as Kyrgios lost in 5 sets to Karen Khachanov 5-7, 6-4, 5-7, 7-6(3), 4-6. Unfortunately, for all the improvements and positives for Kyrgios in the last few months and at the US Open, it was quickly overshadowed by the meltdown after this match, where he smashed two racquets into oblivion.

Casper Ruud came out firing and at one point led 6-1, 5-1. Matteo Berrettini eventually got going and was up 5-2 in the 3rd set before succumbing to Ruud, who saved two set points, en route to a straight-set victory and a spot in the semifinals where he will face Khachanov.

Tiafoe shines as he beats Rublev.

Tiafoe continues his hot streak with a strong 7-6(3), 7-6(0), 6-4 win over Rublev to advance to his first semifinals of the US Open. He became the first Black American man to reach the US Open semifinal since Arthur Ashe did it in 1972, and he accomplished this feat on the very court named after Arthur Ashe. He also became the first US man to reach the US Open semifinals in 16 years, and if he wins 2 more matches, he will end a 19-year drought since the last time an American man won a Grand Slam title (Andy Roddick in 2003).

Jannik Sinner and Carlos Alcaraz put on one of the greatest matches the US Open has ever seen. A match that lasted over five hours and didn’t end until 2:50 AM (my eyes hurt while typing this) had Arthur Ashe stadium rocking into the early hours of the morning. Ultimately, it was Alcaraz who came out on top, but both young stars showed they are going to be in the hunt for Grand Slams for many years to come.

All eyes were on Coco Gauff to take up the mantle that Serena Williams had left behind. Unfortunately, Gauff was cut short as her US Open run ended against Caroline Garcia 3-6, 4-6. Garcia got off to a quick start in both sets, jumping out to a 4-0 lead in the first and a 3-1 lead in the second set. Gauff would mount a comeback both times but was unable to overcome Garcia as she fell in straight sets. The win makes Garcia the first Frenchwoman to make a major semifinals since 2013 and is her first semifinals in any Grand Slam.

In a sloppy match that featured more unforced errors than winners on both sides, Tunisia’s Ons Jabeur was able to outlast Ajla Tomljanovic and punch her ticket to the semis. It was a frustrating match for both sides, as Tomljanovic, who was coming off her big win against Serena, hit 9 double faults, two of which came when she was serving for the 2nd set. After the match, Jabeur apologized for tossing her racquet a few times out of frustration.

Aryna Sabalenka came out blazing and took a commanding 4-0 lead with the help of Karolina Pliskova’s faltering service games, where Pliskova double-faulted three times leading to two breaks of serve. Sabalenka never looked back and played a dominant match hitting seven aces and is headed to her second straight US Open semifinals.

Świątek on to her third Grand Slam semifinals of 2022

Despite being the top-ranked American, and the only American remaining in the women’s draw, Jessica Pegula was seemingly the underdog against Iga Świątek. The match was a tale of two stories; where both women held their serves for the better part of the first set, but were then each broken five times in the second set. Ultimately Świątek found the mini breaks and took advantage to close out Pegula 6-3, 7-6(4). Świątek becomes the first Polish player to make the semifinals at the US Open in the Open Era (since 1968). 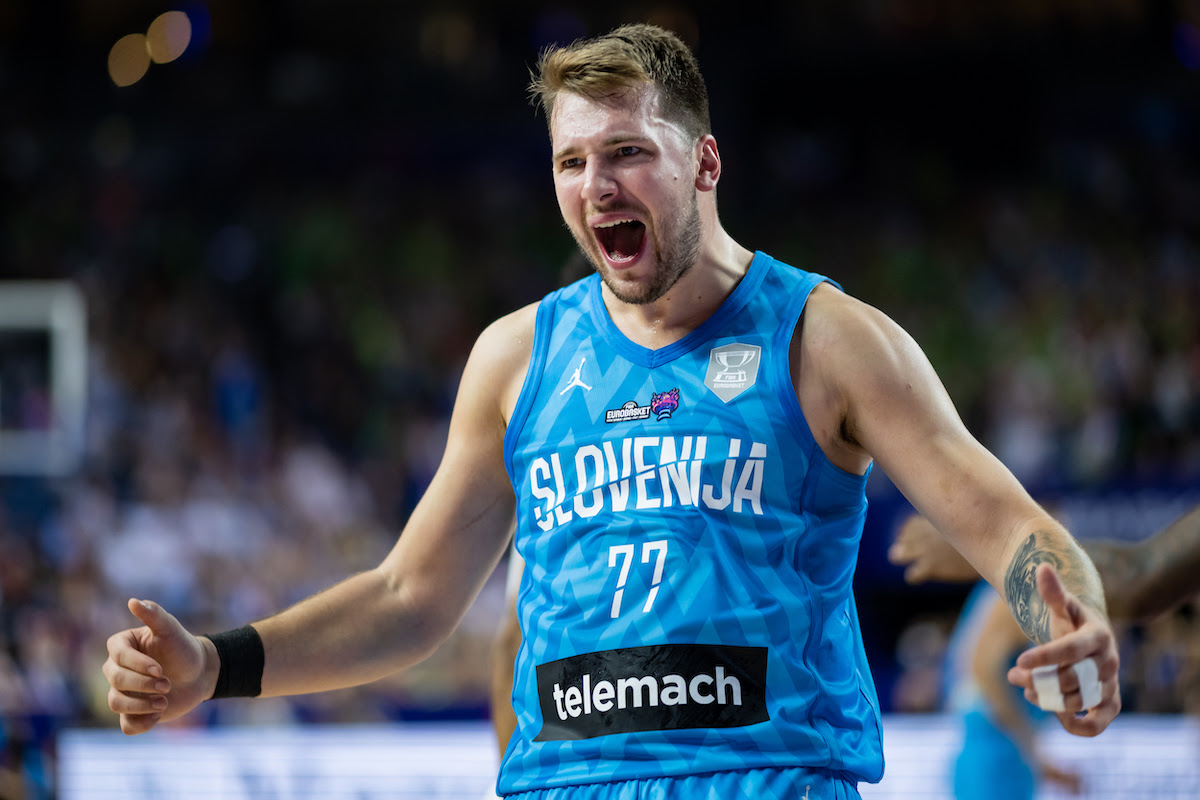 NBA Stars Are Showing Out in EuroBasket Tournament

The tides certainly are shifting in the NBA. For the first time in the league’s history, you could make a strong argument that the top three players in the world are European. That means we get to see more of the NBA’s biggest stars like Giannis Antetokounmpo, Nikola Jokic, and Luka Doncic light it up the Eurobasket tournament. While leading their teams to top seeds in group play, these three stars have all had monster performances to remind the world why they’re the best of the best. Keep in mind that basketball across the pond is generally more team-centric, at a slower pace, and only has 40 minutes in regulation. Those factors make the following that much more impressive.

The Joker’s performance against Israel was about as vintage as it gets. There was simply nobody that could guard him down on the block, which led to Israel picking their poison. When they tried to guard him one on one, Jokic used an endless amount of post hooks, runners, and step-throughs to score at will. When they sent double teams and tried to get the ball out of his hands, Jokic made the right read every time to find teammates wide open. While he may not have the prettiest play style, Nikola Jokic’s size and vision is too much for anybody ito contain.

There is a reason that Shaq willingly passed down the torch of the nickname ‘superman’ to Giannis. Like Shaq, the Greek Freak has become the most unstoppable force of his era, and his 41 points against Ukraine is a perfect example. When he got a head of steam heading towards the rim, there was literally nothing that Ukraine could have done, as Antetokounmpo went through, around, and over any defender that was thrown his way. The scoring outburst on Tuesday was the most points in a Eurobasket game in 21 years. That was until Luka suited up the next day…

Luka magic is real. Performances like this against France remind us why Doncic is one of the best young players the game has ever seen. While he isn’t the most athletic, Luka’s supreme skill and footwork makes him wise beyond his years. And when the 23-year-old’s outside shot is falling like it was yesterday, he’s as tough of a cover as it gets. Just ask Rudy Gobert, who was victim to an absurd one-foot running three pointer by Doncic. His 47 points is the second most in Eurobasket history, which should tell you how good this kid is.

Digg: Luka Doncic’s One-Handed 3-Pointer At The Buzzer Needs To Be Seen To Be Believed

It seems like the Yankees are finally starting to find their groove again. They won their fourth game in a row last night, led by Gerrit Cole who struck out a season-high 14 batters

Down by 4 runs in the ninth, the St. Louis bats came alive late against the Nationals, capped off by Tony Edman’s walk-off two-run double.