The wait is over. Aaron Judge is in the record books with his 61st homer. I had fun watching history, but there’s a fan in Toronto who watched an early retirement slip through his glove.

Plus, it’s Dolphins-Bengals tonight on Thursday Night Football and Cincinnati’s icy new uniforms might be the freshest fits to ever grace the football field.

One For The Record Books 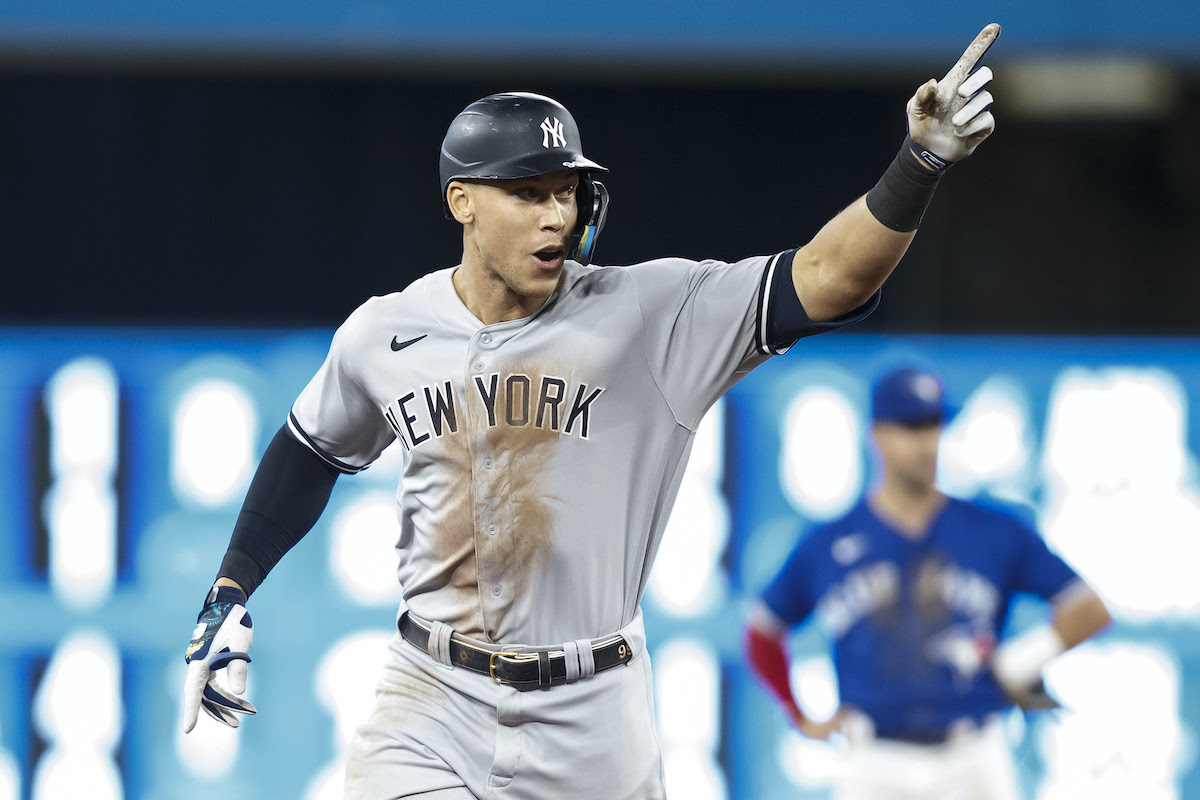 Sixty-one in the books! After a seven-game wait, Aaron Judge got the monkey off his back. Wednesday night in Toronto — 24 hours after the Yankees clinched the AL East — Judge stepped to the plate in the 7th inning of a 3-3 game. Blue Jays reliever Tim Mayza delivered a 3-2 pitch that was raked over the left-field wall. Judge trotted across the plate to a warm reception from fans and teammates, and he joined Roger Maris for the most home runs in a single season in American League history. The two-run shot was the spark to an 8-3 New York win, and the hunt for 62 begins this weekend with a three-game home stand against the Orioles.

“It’s an incredible honor. Getting a chance to be associated with one of the Yankee greats, you know, one of baseball’s greats and being enshrined with him forever — words can’t describe it.” — Aaron Judge

Crew in the Hunt: The Brewers were the only NL Wild Card hopefuls to win on Wednesday, narrowing the gap to just a half-game behind the Phillies for the final Wild Card spot. The Crew beat the Cards (5-1) behind six innings and 10 Ks from Brandon Woodruff.

Mets Walk it Off: The NL East race entered Wednesday in a dead heat between the Mets and Braves, but Atlanta fell and the Mets got a 3-for-5 night from Eduardo Escobar that included five RBIs and a walk-off single in the 10th to beat the Marlins (5-4). New York now leads the Braves by one game heading into a three-game series against Atlanta.

Dodgers Deliver 107: A 1-0 win over the Padres via Freddie Freeman’s RBI single in the 10th inning was enough to give the Dodgers a franchise record 107 wins. Only six teams in MLB history have ever won 110 games. The 1906 Cubs and 2001 Mariners hold the all-time record (116 wins). 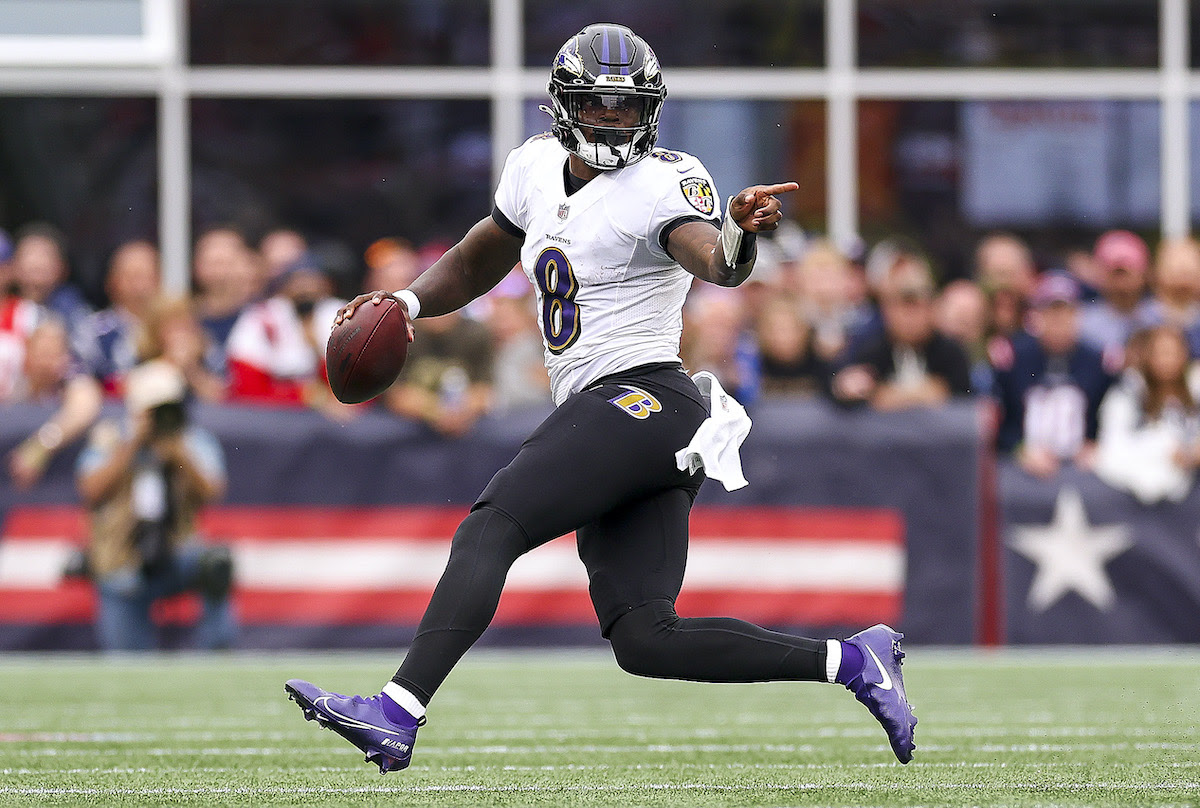 As September comes to a close, the first month of NFL action is almost in the books. We’re getting a glimpse of who’s who in 2022. If the era of dual-threat QBs wasn’t here before, it is now. A quarterback will almost always claim the MVP. award. The last nine MVP winners were quarterbacks, and passers have won MVP in 37 of 52 seasons since the 1970 merger. Since 2000, only four running backs have stolen the MVP. A defensive player hasn’t won MVP since Lawrence Taylor (1986). All that to say, the 2022 MVP will be a quarterback barring an explosive season by a running back or wide receiver. Here’s a breakdown of the top-5 in the MVP conversation through three weeks.

Let’s reset the points! More weekly prizes are up for grabs in Week 4. You can make your picks anytime before Sunday’s games. 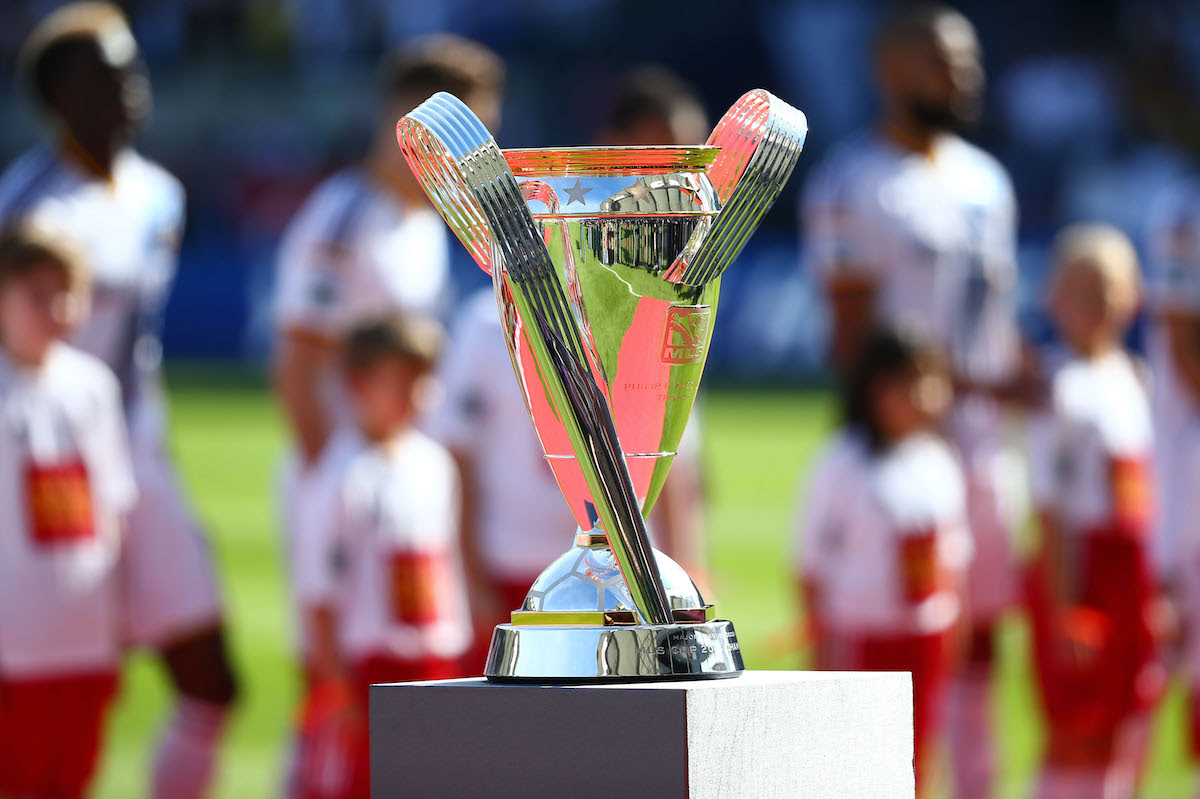 Where Teams Stand With 2 Weeks Until MLS Cup Playoffs

Only two weeks remain in the MLS regular season and the playoff picture is beginning to shake out. Two teams stand head and shoulders above the rest with No. 1 seeds essentially locked. Both conferences will see a mad dash for the final playoff spots. The top seven teams in each conference make the postseason. Here’s where they stand with two weeks to play.

It was a September to remember in college football with stunning upsets, fantastic finishes, and plenty of memorable games throughout. And all that sets the stage for what should be an equally, if not more, entertaining October. (Athlon Sports)

Moving On From the Coach K Era

Jon Scheyer felt a rush of excitement as he walked onto the practice court inside Cameron Indoor Stadium Monday afternoon. It’s all things he expected when he was named Coach K’s successor the offseason before last year’s Final Four run. (USA Today)

UEFA Nations League: What We Learned

Up next on the international docket is the 2022 FIFA World Cup in Qatar in November and December. With the sport’s most important competition looming at year’s end, September’s Nations League games were especially informative. (FOX Sports)