Only two teams are 3-0 after Week 3 in the NFL, and they reside in the NFC and AFC East. If your team is one of them, history says there’s a 75% chance they make the playoffs. Meanwhile, the U.S. dominated the Presidents Cup and Albert Pujols is officially a member of the 700-HR club. Let’s unpack the weekend that was… 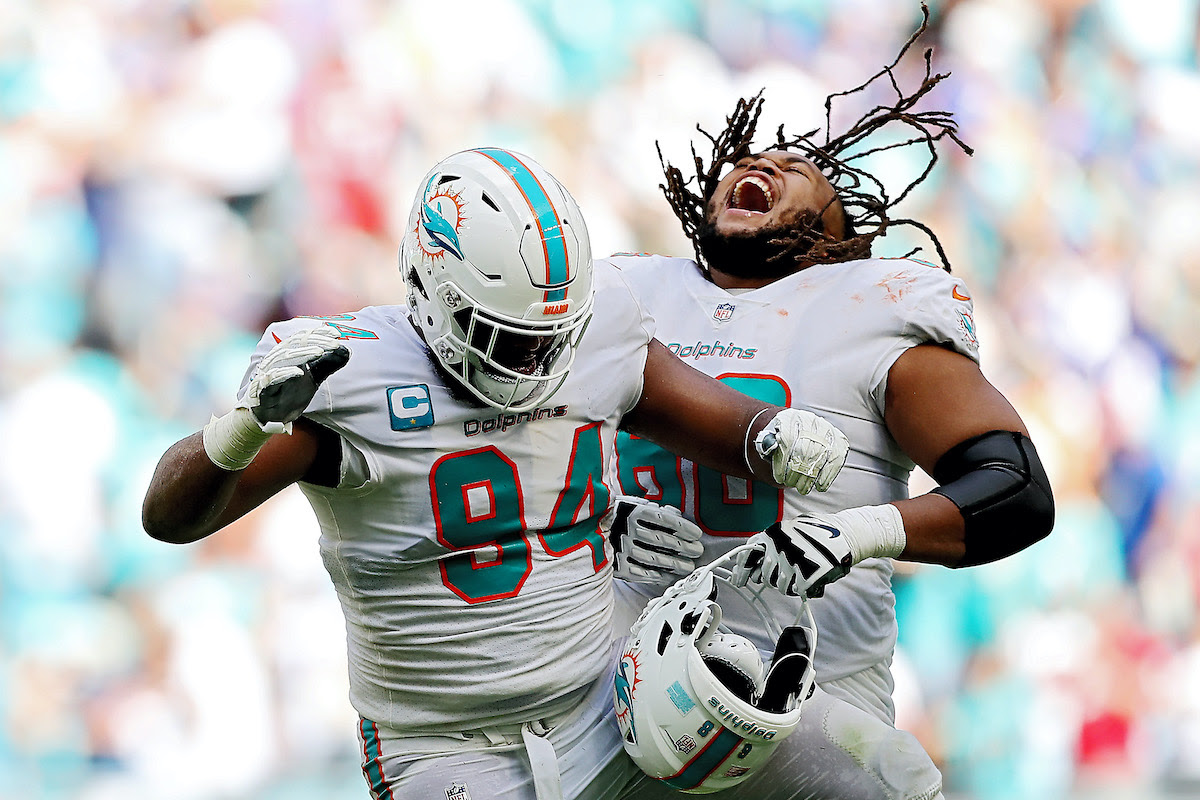 It’s still September, but the NFL hierarchy is beginning to take shape. Sunday on the gridiron saw two teams stay unbeaten, two legendary quarterbacks go head-to-head and a pair of upsets you definitely didn’t pick in our weekly NFL Pick ‘Em contest. Colts over the Chiefs? Don’t lie. You didn’t. That being said, the 2022 NFL season is already full of surprises. Here are the Week 3 storylines and highlights in 60 seconds…

Two teams reached the 3-0 mark on Sunday with the Giants (2-0) hoping to join them tonight. In the NFC East, the Eagles belittled the Commanders (24-8) with another offensive outburst via early MVP candidate Jalen Hurts (340 yards, 3 TDs). The Dolphins proved their power in an AFC East showdown with the Bills (21-19) despite 400 yards passing from Buffalo QB Josh Allen. We’re just three weeks in and only three teams are still perfect.

Just when we thought the AFC South was a dumpster fire, three teams won on Sunday. The Titans got their first win over the Raiders (24-22), but it was the Colts and Jaguars who fixed their early season woes. Indy shocked the Chiefs (20-17) courtesy of a muffed punt and missed field goal by Kansas City. The Jaguars took the Chargers to the woodshed (38-10) in a stunning 3-TD performance by QB Trevor Lawrence. And suddenly the AFC South has life.

Battle of the GOATS: Rodgers vs. Brady

One of Sunday’s marquee matchups pitted Tom Brady vs. Aaron Rodgers in their fifth and (potentially) final meeting barring a playoff showdown. Both quarterbacks were solid. Rodgers (255 yards, 2 TDs, 1 INT) gave the Pack an early 14-3 lead, but Brady (271 yards, 1 TD) brought the Bucs back with a late touchdown, but a failed two-point conversion prevented overtime. Rodgers (4) and Brady (3) combined for the most MVPs between quarterbacks in a game in NFL history. Brady still leads the all-time head-to-head matchup, 3-2.

NFL: What We Learned From Sunday’s Week 3 Games 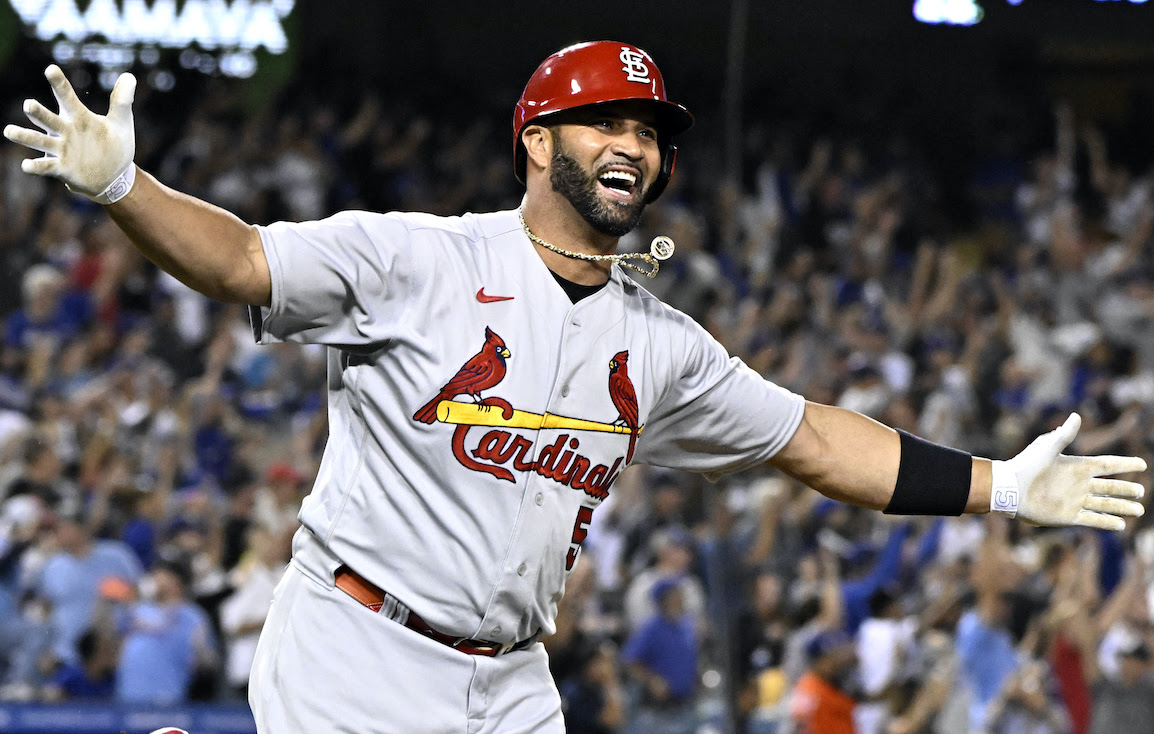 And then there were four… With a vintage two-homer performance on Friday night against the Dodgers, Albert Pujols made history. The 42-year-old hit home run No. 699 in the third inning. In the top of the 4th, he stepped back to the plate with the eyes of the world watching and delivered a towering three-run blast over the left-field wall. Hugs and emotions followed before the Cardinals rolled the Dodgers (11-0). He’s just the fourth player in MLB history to hit 700 home runs, joining Barry Bonds (762), Hank Aaron (755) and Babe Ruth (714). Quite the Mount Rushmore of baseball’s home-run hitters. Take a bow, Big Al!

Royals Rally With 11-Run Inning: The Royals and Mariners delivered a wild outing on Sunday in Kansas City. Trailing by nine runs in the fifth inning, the Royals reeled off an 11-run sixth inning before claiming a 13-12 victory. It was KC’s home finale.

Dodgers Tie Wins Record: After surrendering the 700th homer to Pujols on Friday, the Dodgers won games against the Cards on Saturday (6-2) and Sunday (4-1) to tie the franchise wins record with 106 and clinch the top spot in the NL playoffs.

Guardians Clinch AL Central: A weekend sweep of the Rangers gave the Guardians their first division title since 2018 on Sunday. Cleveland has won seven straight games and nine of their last ten heading toward the postseason. 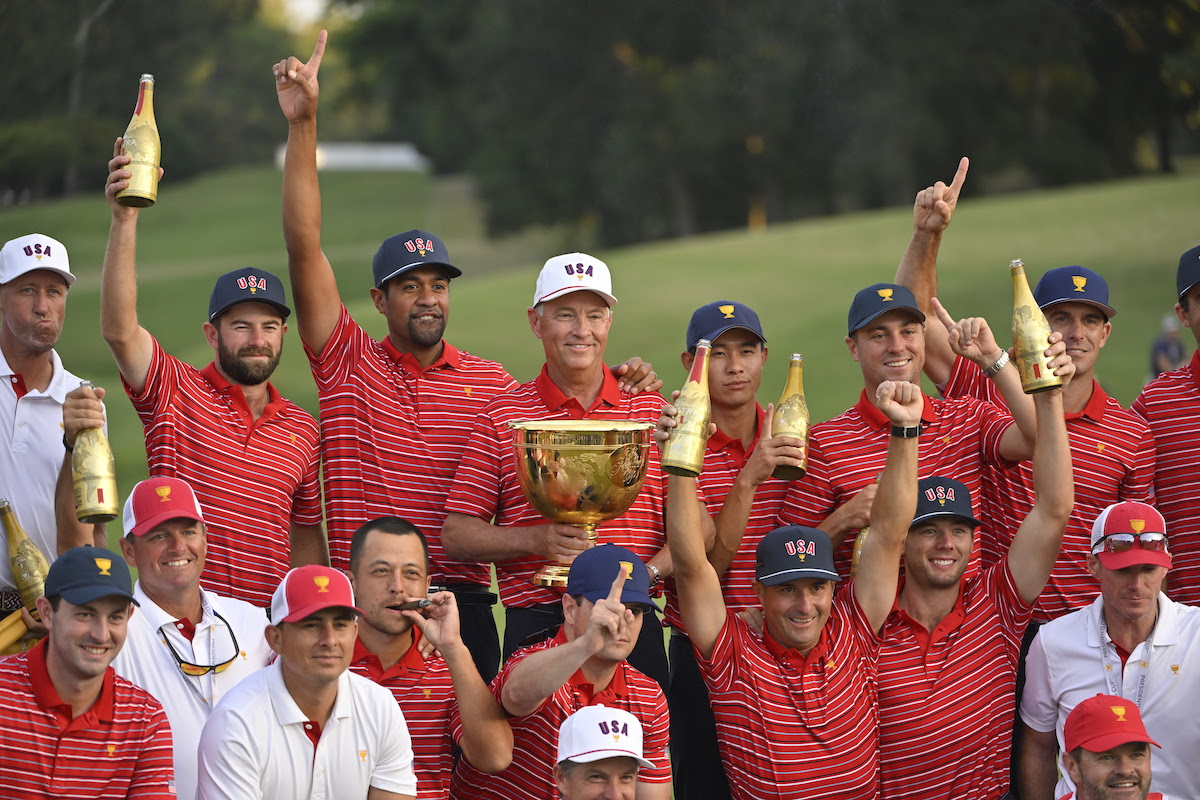 Another one goes to Team USA! For the 12th time in 14 events, the United States defeated an international group of challengers in the bi-annual Presidents Cup at Quail Hollow. The U.S. held an 11-7 advantage heading into the singles matches on Sunday. The international squad gave it their all and made things interesting, but close wins by Xander Schauffele, Patrick Cantlay, Jordan Spieth and Collin Morikawa kept the challengers at bay. Spieth was perfect in the event (5-0) to lead the charge for Team USA. 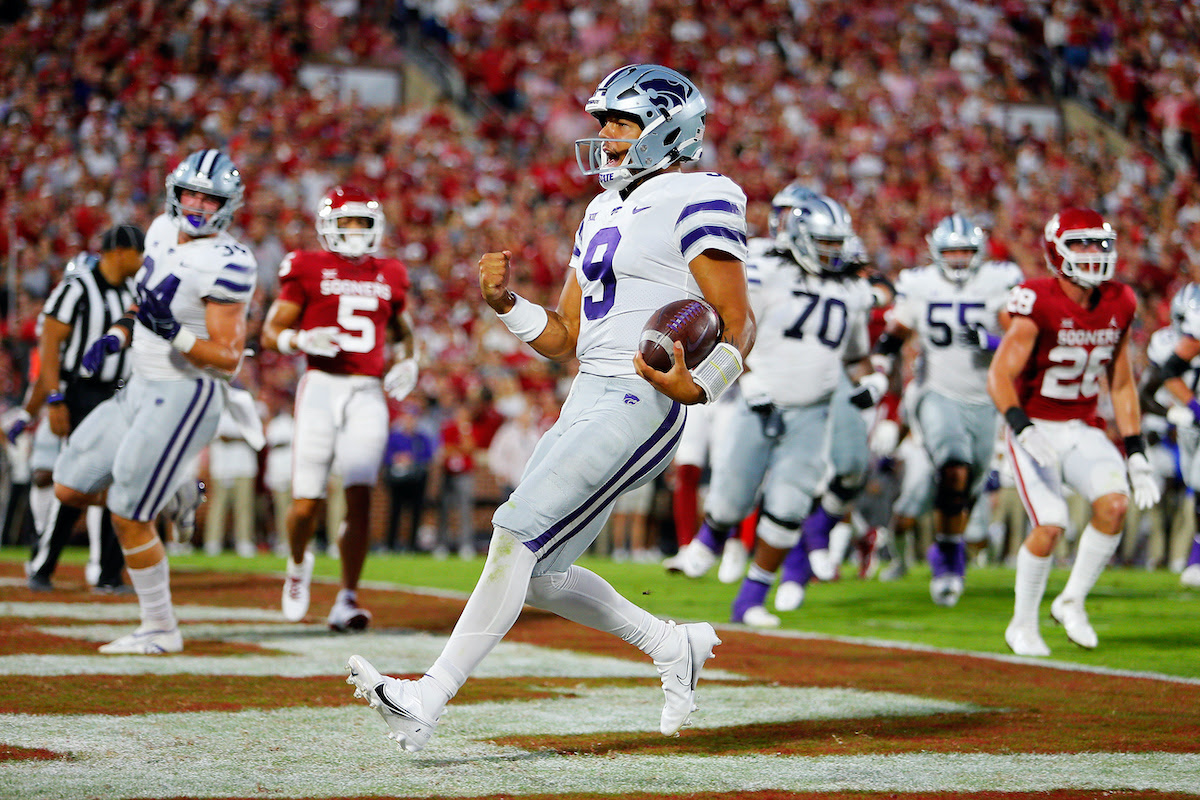 Week 4 of the college football season finally brought a shakeup in the top-10, and it was nearly a complete overhaul. While #5 Clemson and #7 USC needed late miracles to avoid upsets, #6 Oklahoma and #10 Arkansas took losses that will bump them from the top-10. Arkansas missed a game-winning field goal against #23 Texas A&M in heartbreaking fashion. Oklahoma suffered a stunner against Kansas State. With two teams dropping, expect the top-5 to remain in tact while teams 6-10 will look vastly different in Monday’s rankings. Here’s the rundown from the weekend that was…

ESPN: Clemson & USC Survived, But Not Everyone Escaped Week 4

A friendly World Cup tuneup for the U.S. Men’s National Team led to a disappointing 2-0 loss to Japan on Friday. The U.S. failed to record a shot on target. It was their first of two warm-up games before traveling to Qatar next month.

Kenyan runner Eliud Kipchoge keeps raising the bar. The superstar marathon runner broke his own world record in the Berlin Marathon with a 2:01:09 time, busting his previous mark by 30 seconds. At 37 years old, Kipchoge has won 15 of his 17 career marathons.