Only one team in the NFL is still undefeated after last night, but the Dolphins may have lost more than one game. A major injury scare headlines today’s weekender edition. Plus, plenty of highlights on the diamond send us into October, and we pause to take stock of the Heisman Trophy watch before Week 5 in college football.

Tua on the Turf 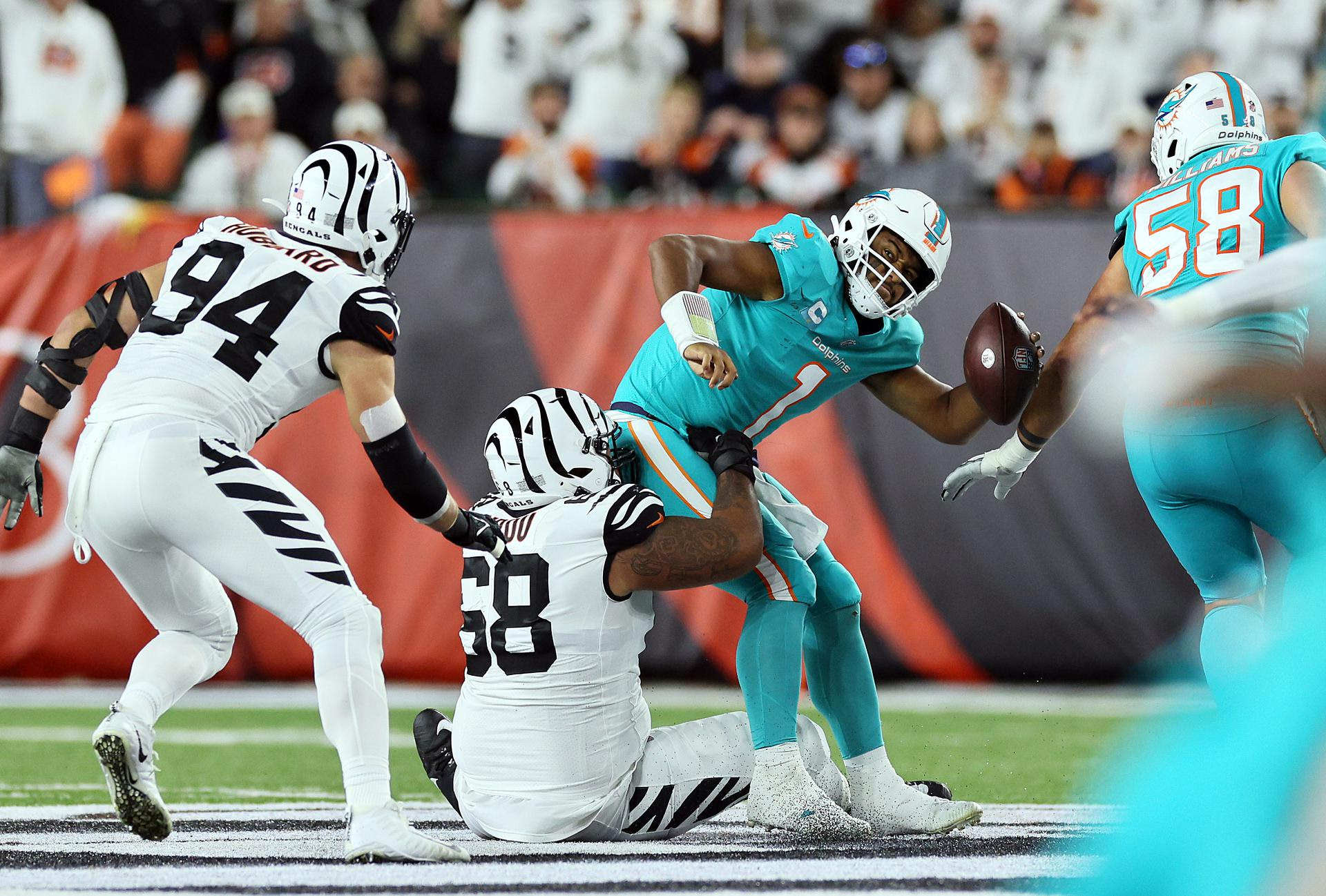 Thursday Night Football in Cincinnati brought a plethora of storylines to the forefront of the NFL with the struggling Bengals looking to revitalize their season against the 3-0 Dolphins. Cincy did just that, but the story of the night was a scary moment that saw Dolphins QB Tua Tagovailoa stretchered off following a sack. Tagovailoa appeared to be unable to move his extremeties, but team officials later confirmed he had full use of his arms and legs. Backup QB Teddy Bridgewater stepped in and performed well for Miami, but the Bengals reeled off 13 points in the 4th quarter to put the game out of reach. The Bengals (2-2) are back to .500, and the Dolphins (3-1) could be without their starting quarterback for the foreseeable future.

After last night, the Philadelphia Eagles (3-0) are the only undefeated team left in the NFL.

NFL: What We Learned From Bengals-Dolphins on Thursday Night Football 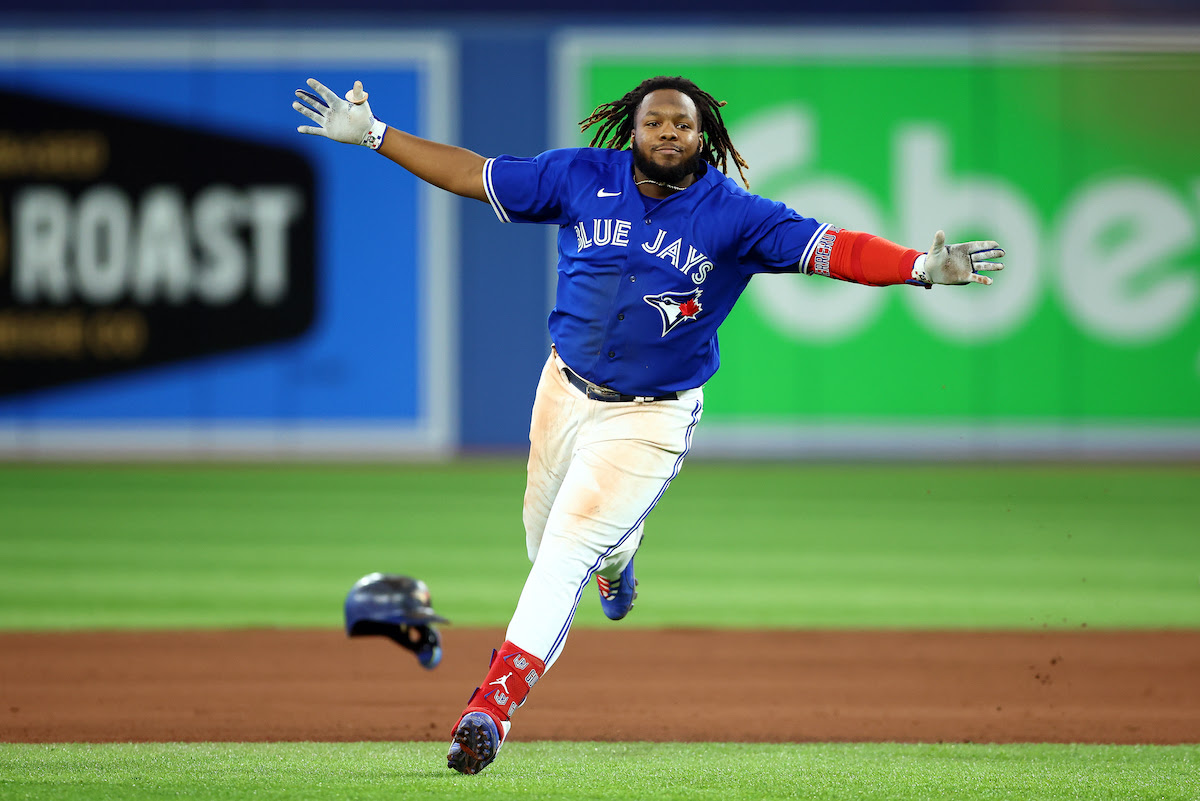 A busy night in baseball added one more team to the postseason list, and Shohei Ohtani may have had his best outing on the mound. The Blue Jays are into October, but their Wild Card placement remains a mystery with one week to play. Meanwhile, Ohtani flirted with a no-no. We’re about to flip the calendar to the best month in baseball. Here’ are the top highlights from Thursday:

Toronto Clinches: The Blue Jays (87-69) didn’t play baseball on Thursday, but an Orioles’ loss to the Red Sox (5-3) secured Toronto’s spot in the postseason. They lead the Rays and Mariners by two games in the Wild Card race.

Ohtani Runs No-Hitter Through 8 : Angels’ two-way star Shohei Ohtani delivered one of his best pitching performances on Thursday with a no-hit bid into the 8th inning in the Angels’ 4-2 win over the A’s.

Grand Garcia: The Marlins aren’t going to the postseason, but Avisail Garcia recorded his first career grand slam Thursday night in the 8th inning to flip a 2-0 deficit to a 4-2 win over the Brewers. 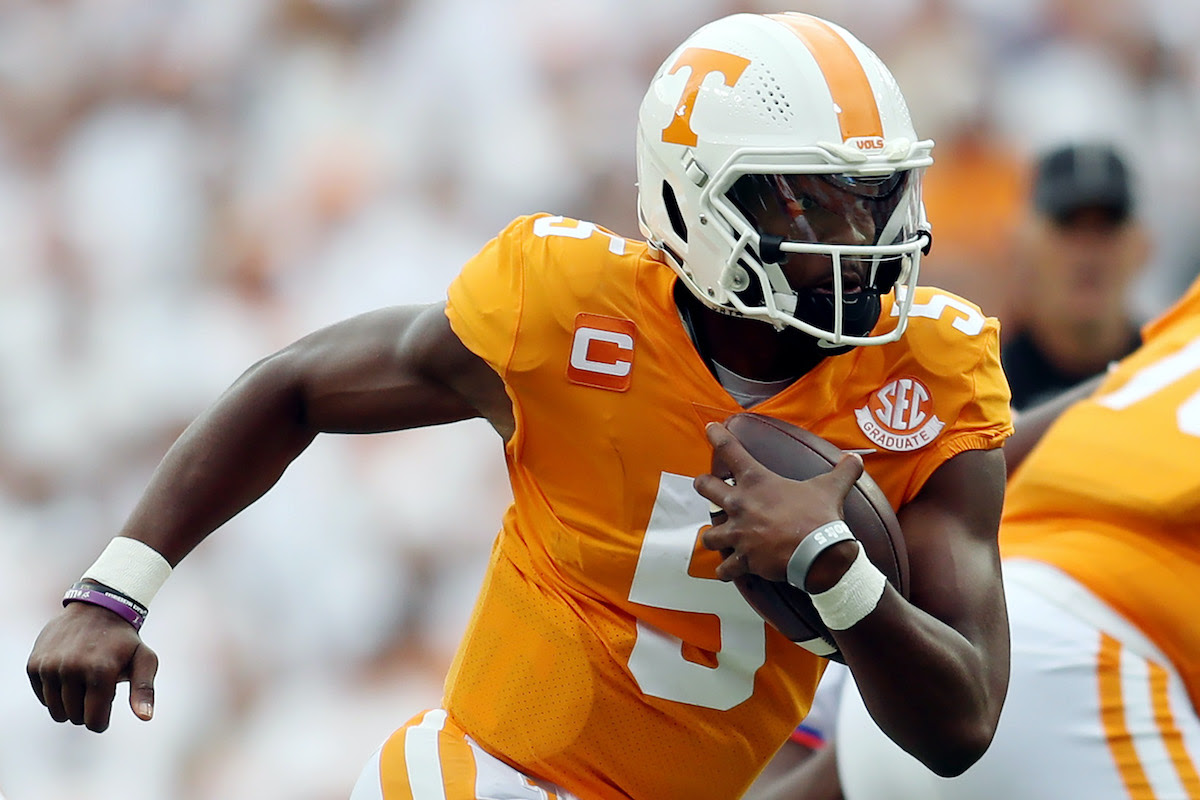 Who Leads the Heisman Race as September Ends?

The opening month of college football is about to shift to October, and that means our monthly Heisman watch gets its first appearance. There are few surprises when it comes to C.J. Stroud (Ohio State) and Bryce Young (Alabama) — the two quarterbacks from title contenders — but a few darkhorses have risen in the first month. USC’s Caleb Williams and Tennessee’s Hendon Hooker have garnered attention. Let’s take a look at the top-5 players in the eyes of the oddsmakers after one month.

Fansided: Absolutely No One Saw This Heisman Dark Horse Coming

It’s too early to be absolutely sure on which matchups will be easy and which ones will be tough, but we can take some educated guesses based on healthy personnel, defensive schemes, track records, and key details of offenses. (CBS Sports)

With focus shifting to the MLB postseason in less than 10 days, the majority of fanbases are looking ahead to 2023 with hopes they can be in this position next year. So with that in mind, let’s take a look at some sleeper teams to watch in 2023. (Bleacher Report)

All 32 finalists are making their closing plans for the tournament, hoping that star players head into the World Cup in top form and don’t get struck down by injury. Who’s hot and who’s not? Let’s take a look. (ESPN)