Week 1 is in the books, and it ended with a thriller in the Russell Wilson revenge game. Bet you didn’t think Geno Smith would steal the show in the first Monday Nighter. If you did, you’re lying. The injuries keep piling up, too. Let’s wrap Week 1 before I pull a hamstring.

Congratulations to David C. (aka Dr. Magic) for taking first place in Week 1 of our NFL Pick’em contest. David went 11-4 in his Week 1 picks and came within one point of nailing the tiebreaker. He’s getting our Week 1 prize (check email for details).

Let’s reset the points! We’ll keep track of our season-long leaderboard as the year rolls on, but you can join the fun at any time for a shot at weekly prizes. Week 2 picks can be made until Sunday. 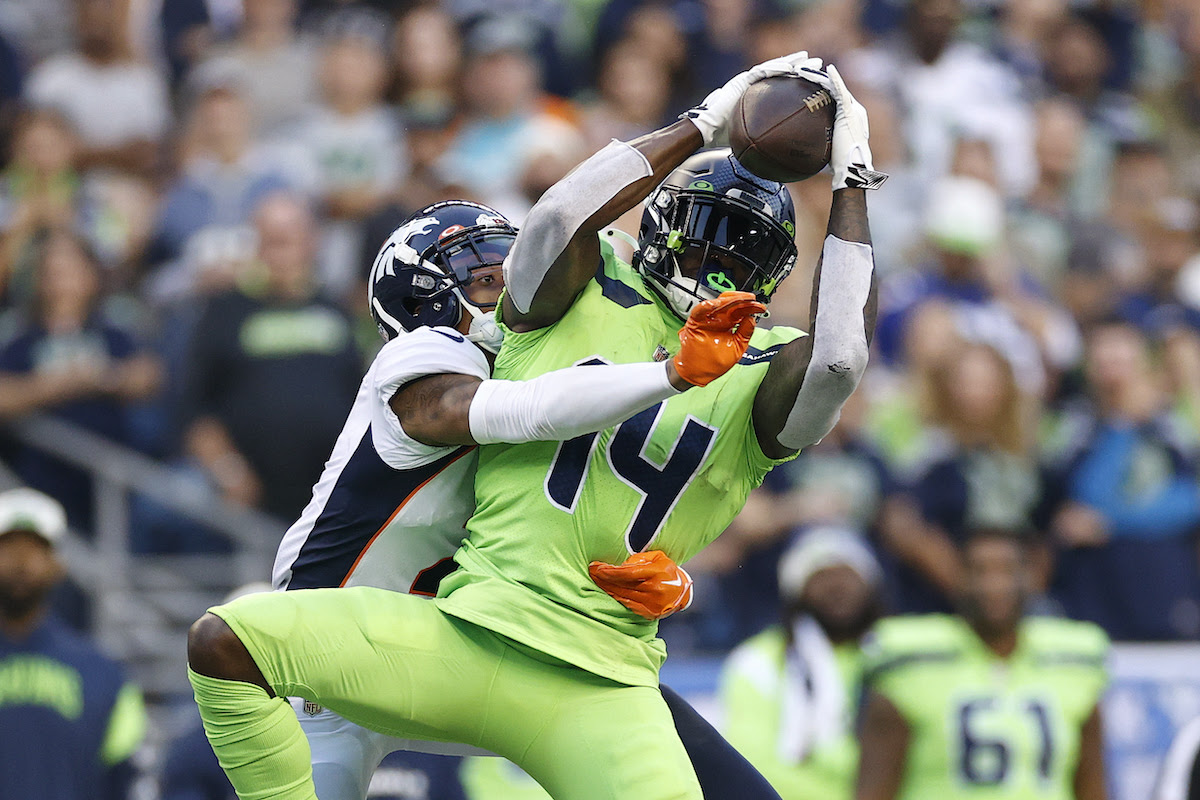 The first Monday Night Football game of 2022 brought a doozy of a storyline as Russell Wilson returned to Seattle as a member of the Denver Broncos. Surprisingly, it was Geno Smith who stole the show in his Seahawks starting debut. Smith completed his first 13 passes as he led the ‘Hawks to a 10-3 lead. Seattle led 17-13 at the half before a touchdown-less second half ensued. Wilson and the Broncos offense racked up a lot of yards, but two lost fumbles in the red zone were costly. Russ and company got the ball back late to set up a last-ditch field goal attempt. Brandon McManus’ 64-yarder missed left by about a yard. Seattle gets revenge on Russ. 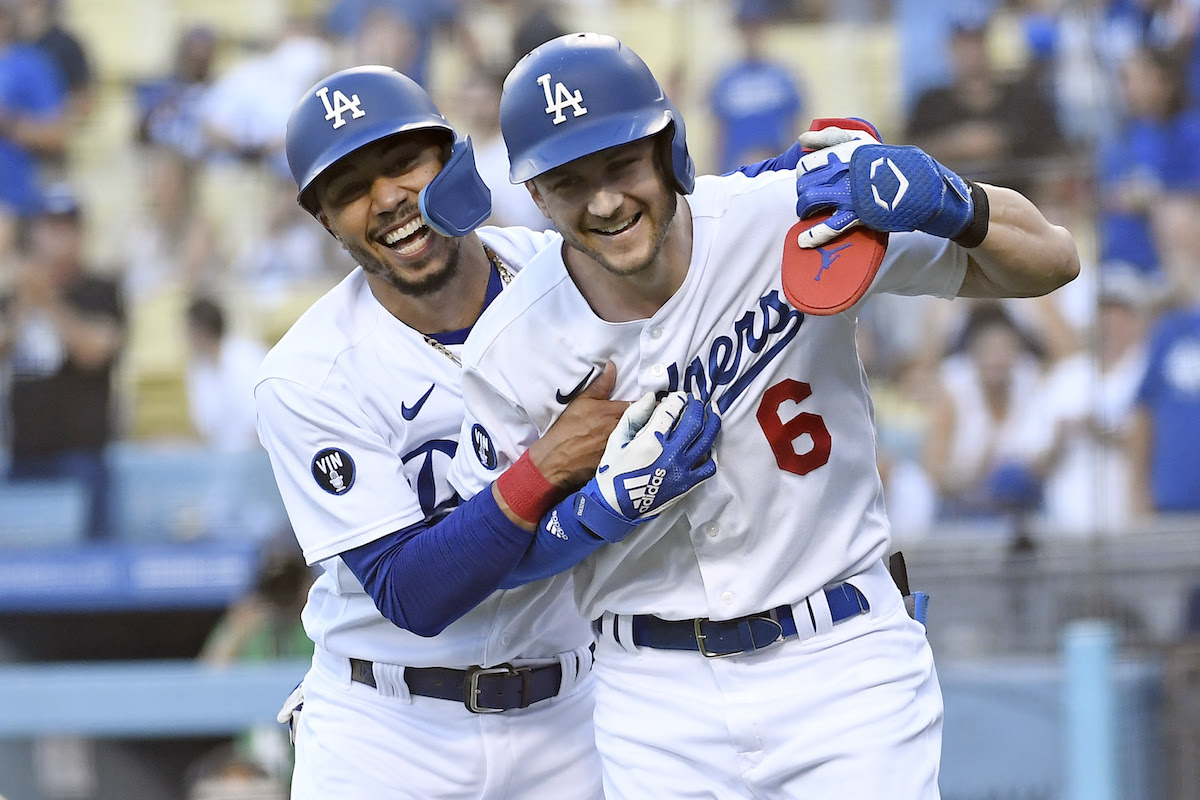 A bizarre weekend storyline saw the Dodgers clinch a postseason berth, then not. An MLB error regarding clinching scenarios announced the Dodgers’ postseason spot on Sunday. They jumped the gun, and L.A. still needed one more win to actually clinch. Tyler Anderson tossed seven shutout innings in a 6-0 win against the Diamondbacks on Monday to make it official, and the magic number is now at one for the NL West crown. The Dodgers (97-43) are the first team in the majors to clinch a postseason spot. The Astros should be next.

Bo Powers Blue Jays: Bo Bichette smacked a go-ahead two-run homer Monday night to lift the Blue Jays over the Rays (3-2) and into a tie for the AL Wild Card lead.

Valdez in the Record Books: Astros’ lefty Framber Valdez pitched Houston to a 7-0 shutout over the Tigers last night for his 24th straight “quality start” — tied for the MLB record with Jacob deGrom (2018).

Trout on a Tear: Angels star Mike Trout homered for the seventh straight game on Monday night in a loss against the Guardians (5-4). He’s one shy of the record for consecutive games with a home run. 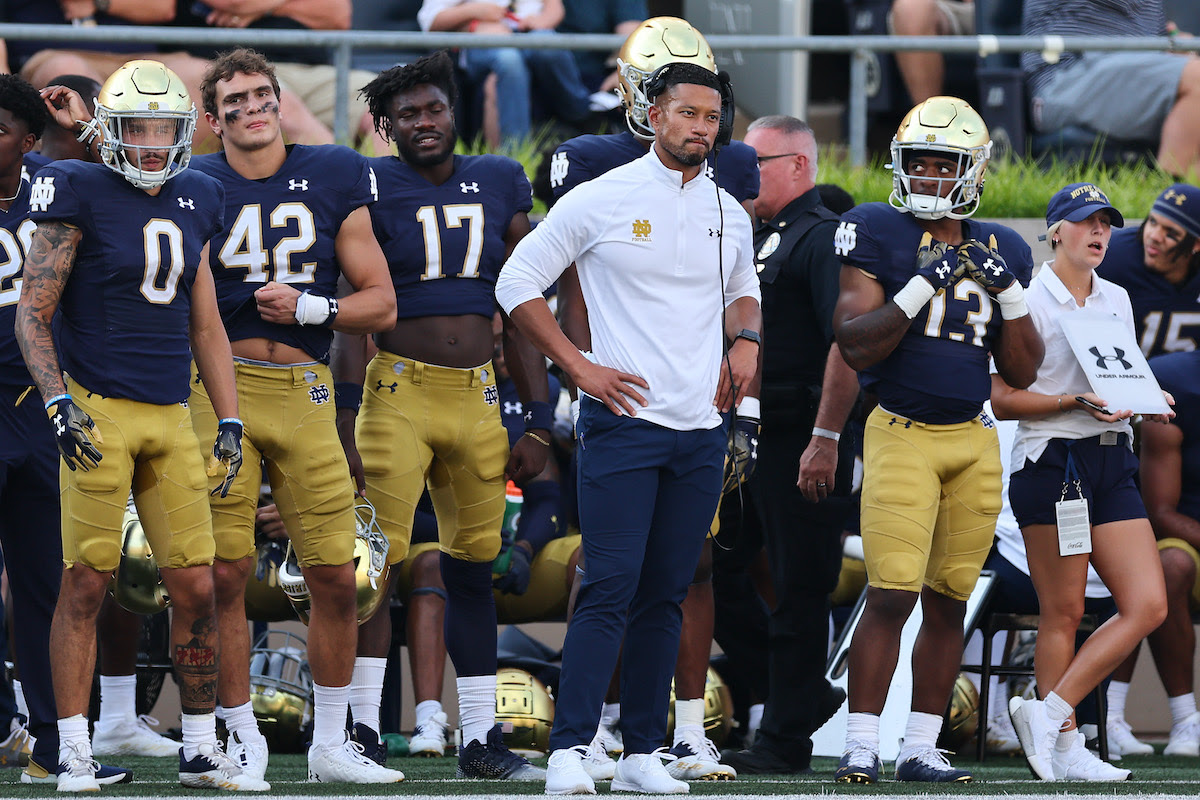 A wild Week 2 in college football has shaken things up in the polls. The defending champs are back to No. 1 after Alabama needed a late field goal to survive Texas. Kentucky made a splash by jumping 11 spots into the Top-10. And to top things off, Notre Dame’s stunning upset to Marshall — and the loss of quarterback Tyler Buchner to injury — brought the Irish tumbling out of the poll altogether. Here’s the latest in college football hierarchy…

The Athletic: Making Sense of the Top 25 After Wild Week 2

ESPN: Georgia Grabs No. 1 From Alabama; Notre Dame Unranked for First Time Since 2017

The opening Sunday in the NFL is one of the most intoxicating Sundays of the entire football calendar. After months of speculation and analysis of offseason moves, we finally get to see teams on the field and have real results to talk about. (Bleacher Report)

The Dodgers and Astros sit at the top, but how do we sort out the next four? Will the Yankees make the climb back to the top? Could the AL Central winner make a surprise playoff run? MLB rankings with just a few weeks left in the regular season. (CBS Sports)

On the quiet hardcourts in Spain, Carlos Alcaraz’s star was shining long ago. No matter how clear the potential, you never truly know what a tennis player is capable of until they have to fight for the biggest points on the biggest occasions. (NY Times)