Another NFL week is in the books. The Cowboys and Cooper Rush kept the season afloat on Monday Night Football despite the absence of Dak Prescott. We’re still waiting for Aaron Judge’s 61st home run to steal MLB headlines, but the week ahead will set the stage for October. Onward…

Congrats to Andy B, our Week 3 NFL Pick ‘Em winner! Andy nailed 11 picks in Week 3 and came within six points of the tiebreaker. Check your email for details on your prize. Week 4 is open (click the link below).

The Rush Revival in Dallas 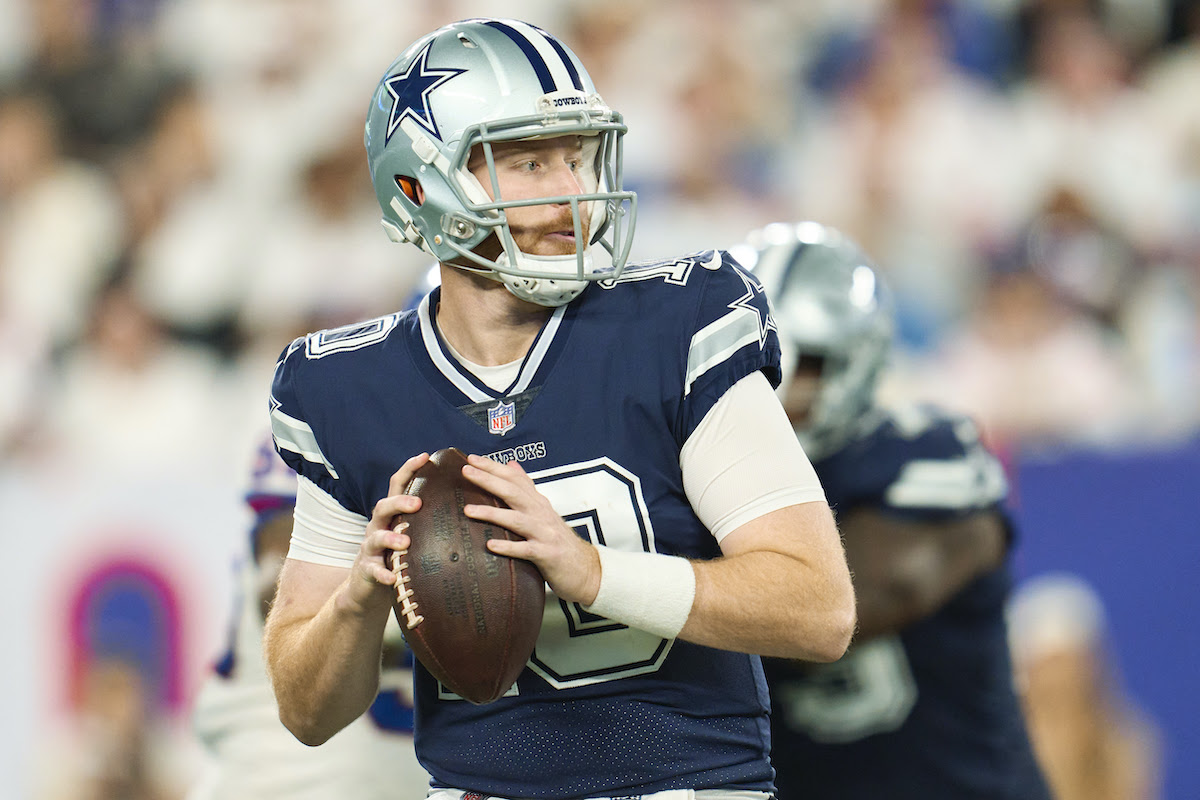 Monday Night Football’s NFC East clash brought the 2-0 Giants into Dallas for a date with the Cowboys, and Cooper Rush mania is in full effect. After a field goal game in the first half, the Cowboys reeled off 17 unanswered in the second half behind their backup quarterback and a deadly two-headed run game. Both Ezekiel Elliot and Tony Pollard combined for 18 carries for 178 yards and a touchdown while Rush was solid once more — 21/31, 215 yards, 1 TD. Rush and the Cowboys are now 2-0 since QB Dak Prescott went out with a fractured thumb. Prescott said he aims to return in Week 4, but the Cowboys could ride the Rush revival for another week or two. Meanwhile, the Giants might’ve gotten a reality check.

From “NFC Least” to “NFC Beasts”

The NFC East has been one of the lesser divisions in recent history, frequently earning the moniker “NFC Least.” So far in 2022, that’s not the case. Even with Dak Prescott’s injury, the division has a combined record of 8-4 through three weeks, and two of those losses were the result of divisional matchups. They’re a combined 6-2 against teams outside the division. 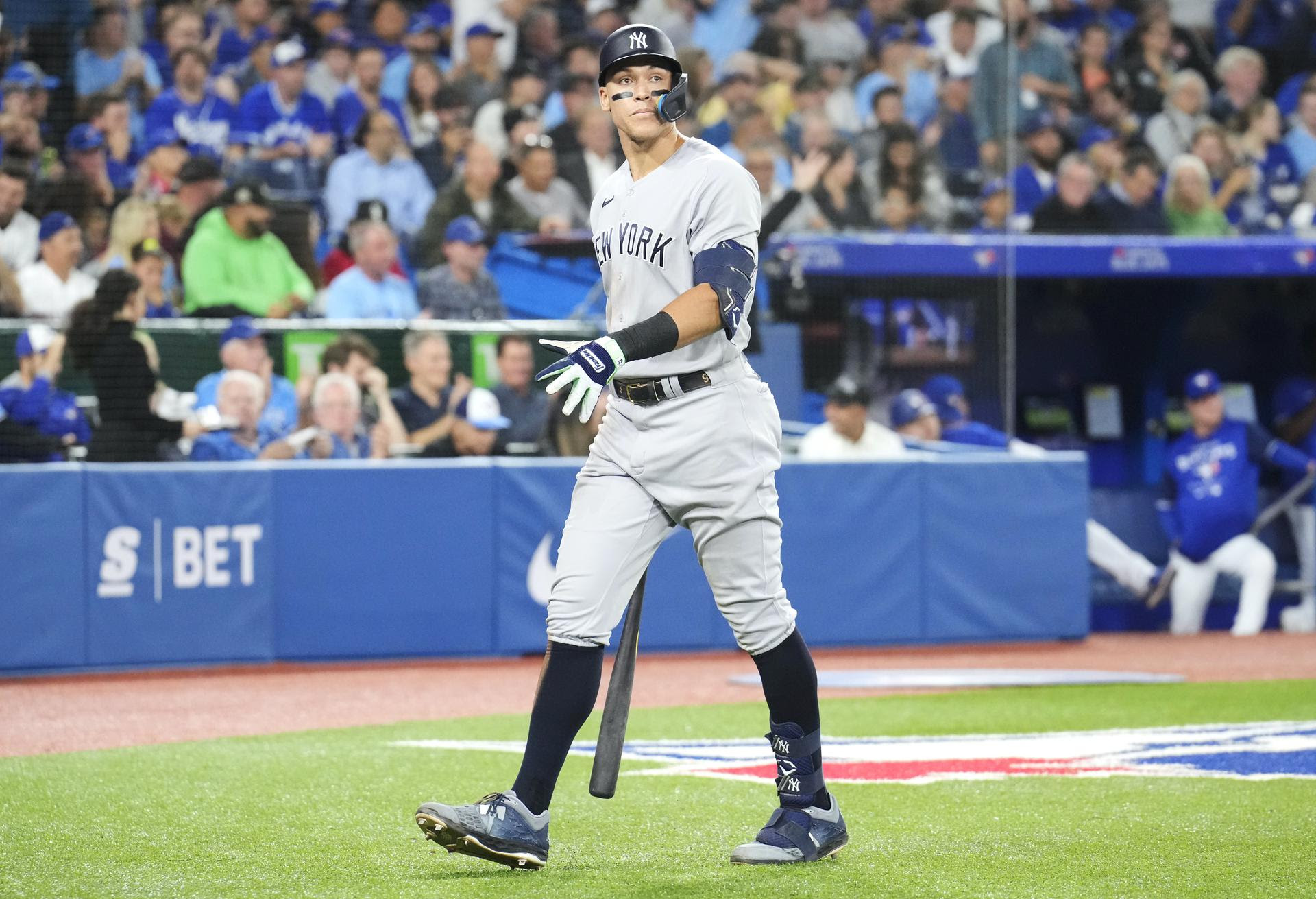 Aaron Judge hit his 60th home run on Sept. 20. Every at-bat has brought fans to the stadium with phones in hand hoping to witness history. And 26 plate appearances later, they’re still waiting. Judge and the Yankees saw a seven-game win streak snapped last night against the Blue Jays (3-2) thanks to Vlad Guerrero Jr.’s walk-off single in the 10th inning. The 2-seed in the American League is nearly a lock for New York, but the record in Judge’s sights is a lingering storyline. Has he gone cold? Is the pressure getting to his head? Will he get stuck on 60? He has nine games to rake a few more record-setting jacks. Time will tell.

Meanwhile, the playoff picture is becoming clearer by the day…

Eight days remain in the MLB regular season, but six teams have playoff spots locked up. Six more remain between nine teams. It’s tight in the AL East for Wild Card placement while the White Sox have dropped six straight. Things are getting spicy, so let’s put some pepper on the playoff picture. 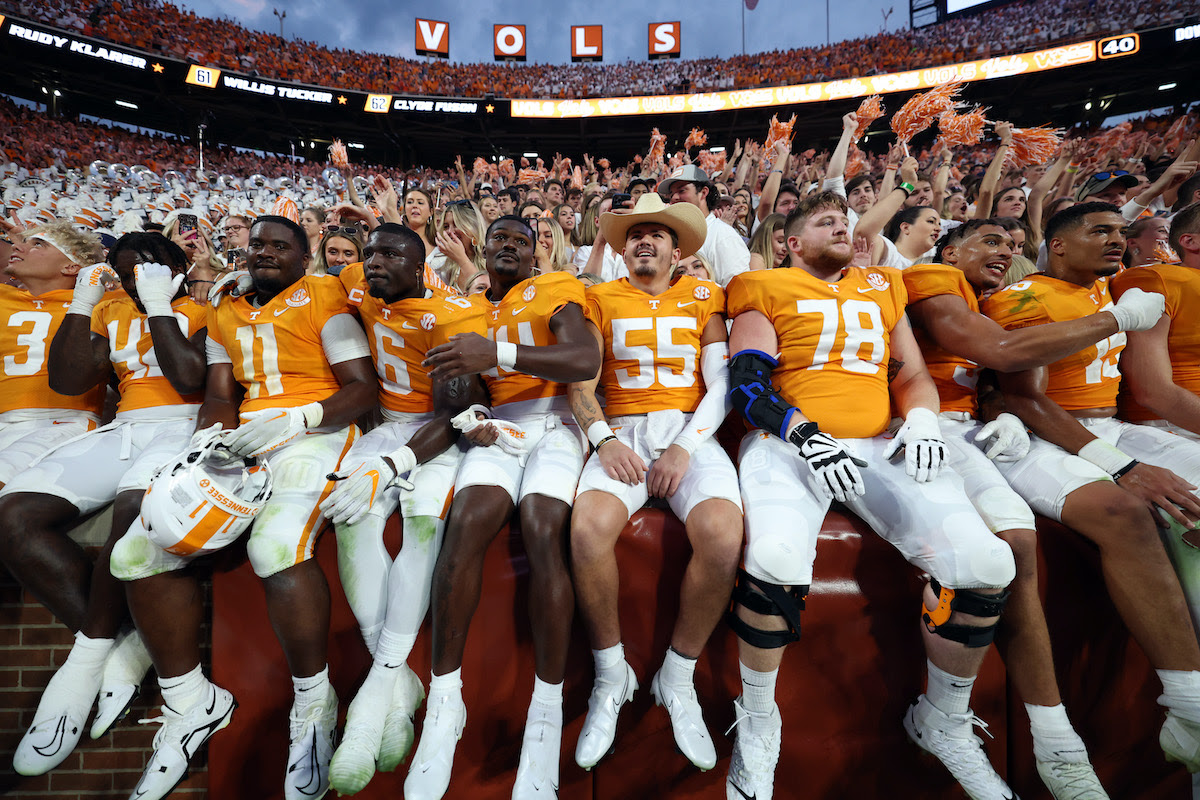 The latest rendition of the college football AP Poll still features the same top-5, but two top-10 teams took a massive tumble with Week 4 upsets. Oklahoma and Arkansas dropped double-digit spots while nearly every team in the teens rose to take their place. Tennessee and Penn State were the biggest beneficiaries in the early battle for the CFB Playoff. Fifteen of the top-25 remain undefeated, but five top-25 matchups will be sure to shuffle the deck in Week 5.

End of the NFL Pro Bowl

The NFL announced Monday that it’s doing away with the Pro Bowl in its current form, which has been played since 1951, and will replace it with The Pro Bowl Games, a week of skills competitions that will end with a flag football game. (Yahoo! Sports)

NBA training camps and the 2022-23 season are right around the corner, and players and coaches are set to preview their team’s upcoming campaigns with their respective media days this week. (ESPN)

Seven-time NASCAR champion Jimmie Johnson is retiring from full-time racing. He’ll certainly still be around the sport in numerous capacities, but one of racing’s biggest names is getting out of the car. (Sports Illustrated)