We are just two days away from the return of the NFL. In the meantime, an incredible first weekend of college football had our eyes glued to the TV all Labor Day weekend long. 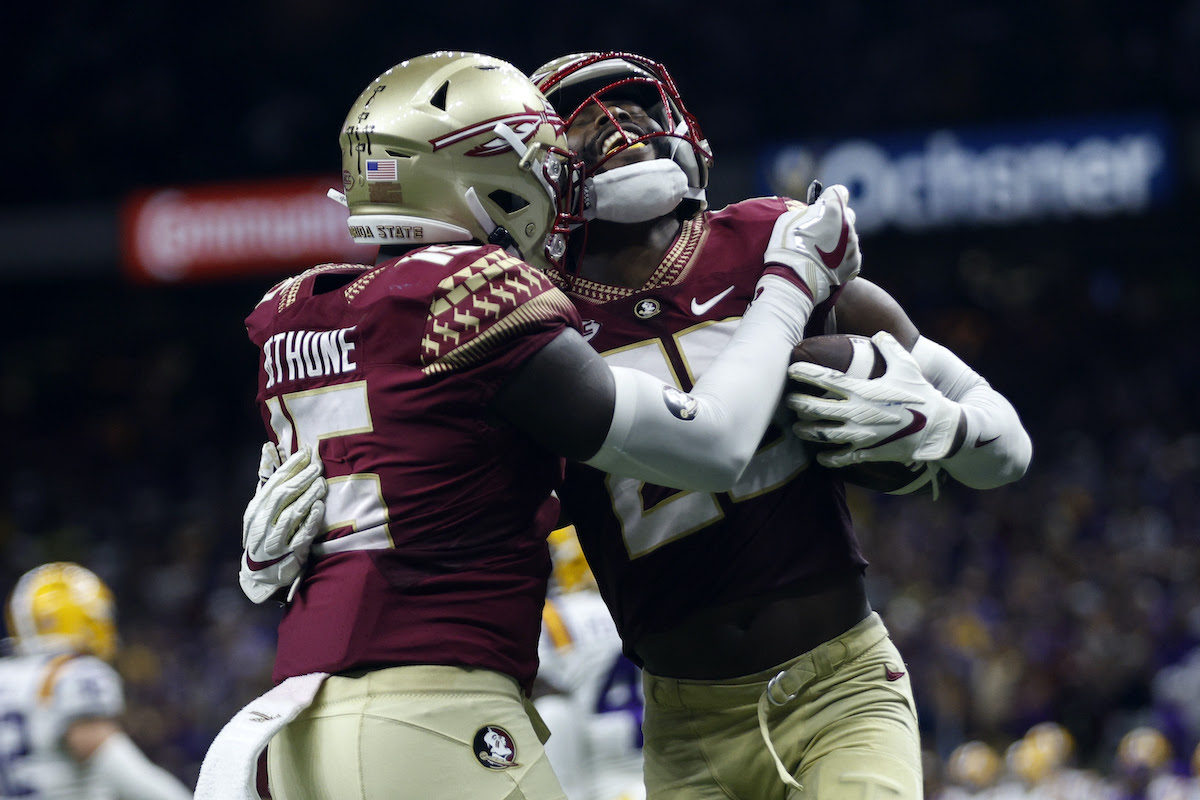 Breaking Down the Biggest Moments From College Football’s Inaugural Weekend

The first week of the college football season wrapped up last night, and man is there a lot to cover. For starters, it was announced on Friday that the CFB playoff bracket is expanding from four to twelve teams, starting as soon as 2024. A new four-round playoff system gives more teams a real chance to win it all, gives fans more big games, and gives teams & tv networks more money (a lot more). So, it sounds like a win for all parties if you ask me.

Aside from the playoff news, there were some incredible games from this past weekend that reminded us why Saturdays this time of year are so magical. Here are a few of the weekend’s best:

Without sugarcoating it, this game had one of the most thrilling endings we have ever seen. With 2:22 left, LSU muffed a punt that Florida State ended up recovering. The Seminoles were up 24-17 and were on the verge of putting the game away, but running back Treshaun Ward fumbled on the 1-yard-line with 1:20 remaining to give The Tigers a puncher’s chance. They ended up driving all the way down the field and scored a touchdown at the very last second to seemingly tie the game, but FSU ended up blocking the extra point that would have sent it to overtime. The blocked kick capped off an absolute classic that had just about everything that could have happened down the stretch of a football game.

It was a great weekend for all Floridians. The Billy Napier-era for Gators certainly started off on the right foot, as Florida stunned No. 8 Utah with a massive win that went down to the wire. Anthony Richardson rushed for his third touchdown of the game with 1:25 remaining to put the Gators in front. The Utes responded by marching down the field and looked like they were going to at the very least tie it, if not win it, but an incredible interception in the end zone by Amari Burney sealed the victory for Napier and his new team.

North Carolina scored 22 points in the fourth quarter in addition to leading by 20 heading into the final frame against Appalachian State, and the game still somehow ended up being a thriller. After UNC rattled off 27 points unanswered to firmly take control, the Mountaineers lit up the Tar Heels in the fourth quarter, scoring six touchdowns to get them right back in the game. Despite their efforts, Appalachian State came up short, as a pair of failed two-point conversions ended up costing them a comeback for the ages.

Insider: College Football is Expanding its Playoff to 12 Teams — Here is Everything we Know About the new Format

The Fall of Two Greats 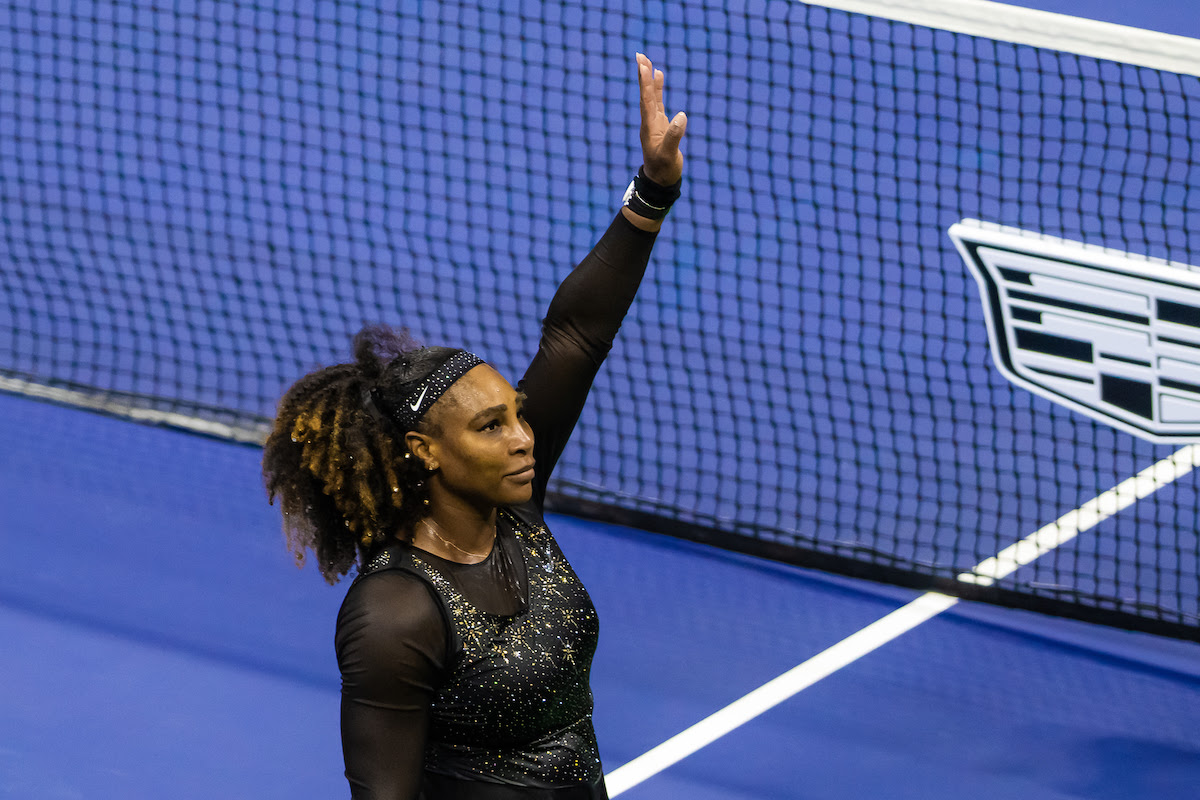 Just a day after the #1 seed Daniil Medvedev fell, the #2 seed and 22-time Grand Slam record holder, Rafael Nadal, also fell. Nadal entered the matchup on a tear, hoisting a 22-0 Grand Slam match record in 2022 (he withdrew in the semifinals of Wimbledon due to injury). His streak was stopped by the young American, Frances Tiafoe in four sets 4-6, 6-4, 4-6, 3-6. As the lone remaining American in the US Open, Tiafoe becomes the youngest American to reach the US Open quarterfinal since 2004 (Andy Roddick). In his postgame interview, Nadal mentioned that he did not play well, but he also alluded to the fact that he is no longer young as a potential reason for his play. Is this possibly the beginning sign of seeing the ranks shift from the big three (Nadal, Djokovic, Federer), to the upcoming younger players, such as Tiafoe?

The whole world was waiting for more Serena magic to continue in her farewell tournament, let alone her attempt to tie Margaret Court’s all-time record of winning 24 Grand Slam singles titles. That dream died as Serena fell against Ajla Tomljanovic on Friday night 5-7, 7-6(4), 1-6. The match was filled with tons of drama as both sides each made runs and went back and forth taking the crowd on a rollercoaster of emotions (see Saquon Barkley’s take on the match). Even though the final set score seemed lopsided, no one can deny the battle that Serena put up. The final game itself covered an exchange of eight deuces and lasted 14 minutes, giving fans one last show from the GOAT herself.

USOpen.org: Nadal: ‘You need to be quick, young. I’m not in that moment anymore’

Guardian: ‘I want to go all the way’: Nick Kyrgios Dethrones Daniil Medvedev to Reach US Open Last Eight

Aces Weather the Storm in Game 3 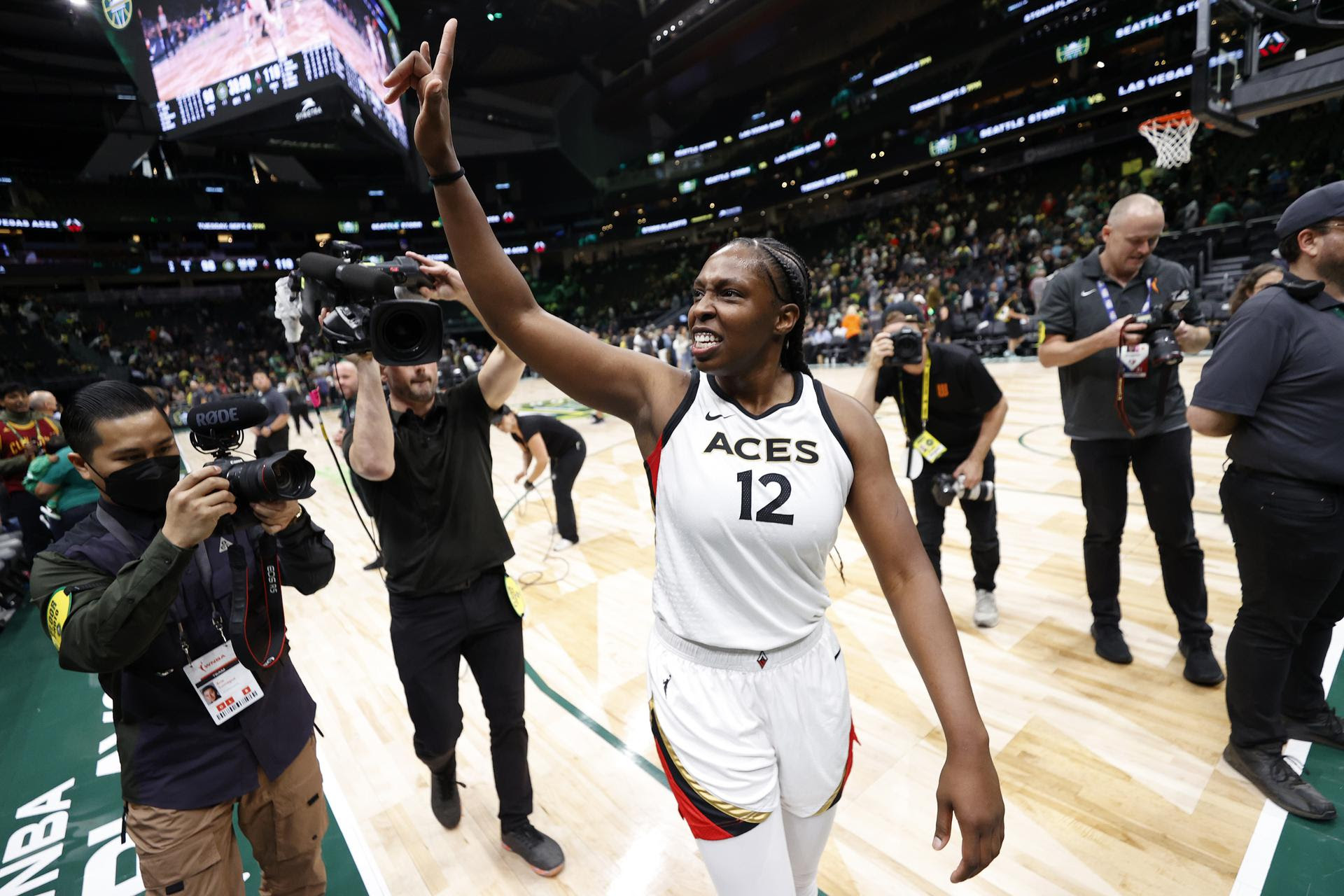 Before game 4 between the Aces and Storm tips off tonight, we have to talk about the insanity that occurred at the end of regulation in game 3. Up four with just over 11 seconds left, it looked like the Storm were on the verge of taking control of the series. But Riquna Williams immediately hit a three to cut it to one. After getting the ball back thanks to a pair of missed free throws, A’ja Wilson took it to the basket and hit a contested layup to give Vegas the lead back in just nine seconds of game time. Sue Bird then responded by drilling a corner three to put Seattle back on top with just 1.8 seconds left. Then, somehow, Jackie Young found herself open under the basket to hit a layup to tie the game and send it to overtime. Four made field goals in the span of 11.3 seconds. Absolute chaos.

In overtime, a pair of dagger threes by Chelsea Gray helped the Aces pull off the improbable comeback and put them one win away from reaching the Finals.