Week 2 of the NFL kicks off tonight, and we’re already analyzing where teams stand after their season-opening performances. It’s the Week 2 Power Rankings coming in hot. Plus, the Cardinals’ 2022 season is all about the men over 40. Erling Haaland put the dagger in his former team with a Champions League goal for the ages. And the Aces can close out the WNBA Finals tonight. All that and more as we speed toward the weekend. 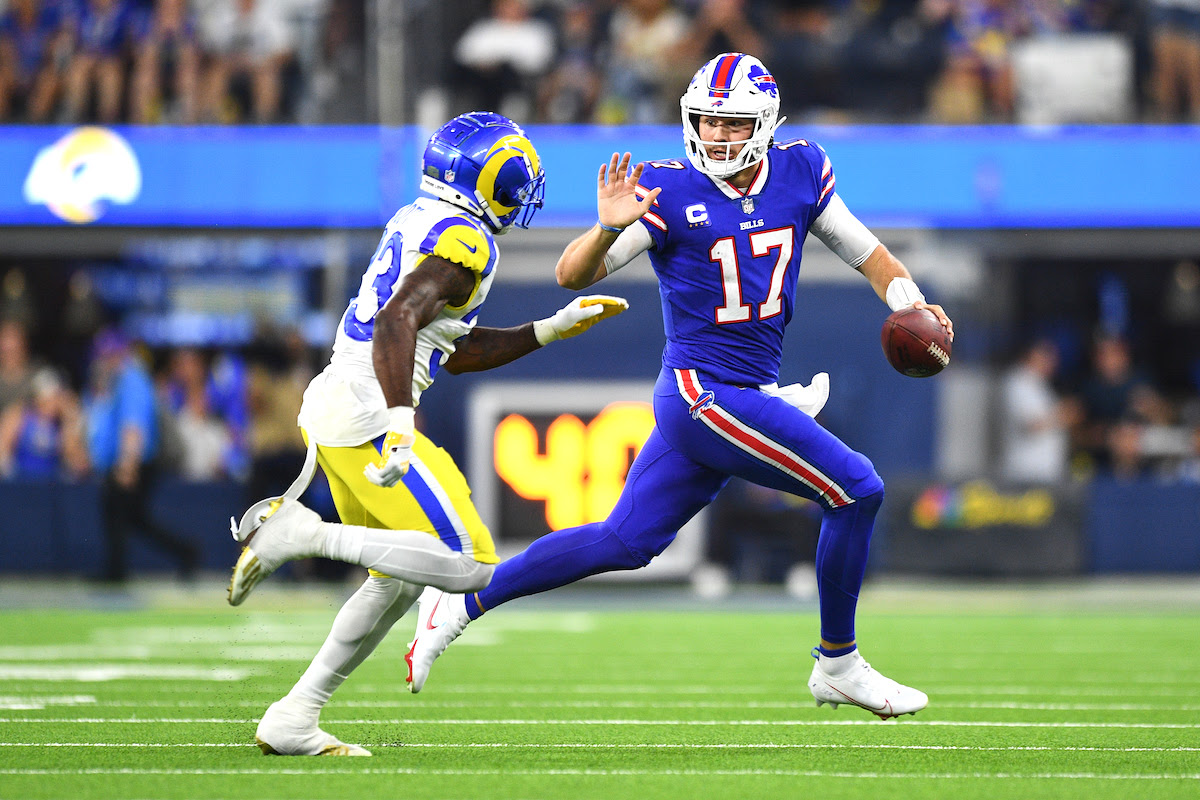 One Game Was Enough to Showcase Who’s Who in 2022

It’s the first of 17 weekly power rankings, and there’s no doubt things will shift before it’s all said and done. If your team is sitting in Tier 3, there’s still hope. Three AFC teams lead us off with the Bills, Chiefs and Chargers. The Bills looked like the team to beat, but the other two go head-to-head tonight. At 4-6, we’ve got three NFC teams who showed signs of divisional domination. The Bucs, Eagles and Vikings all shined in Week 1. Here’s where we’ve got every team stationed after a first look.

Birds on the Battery 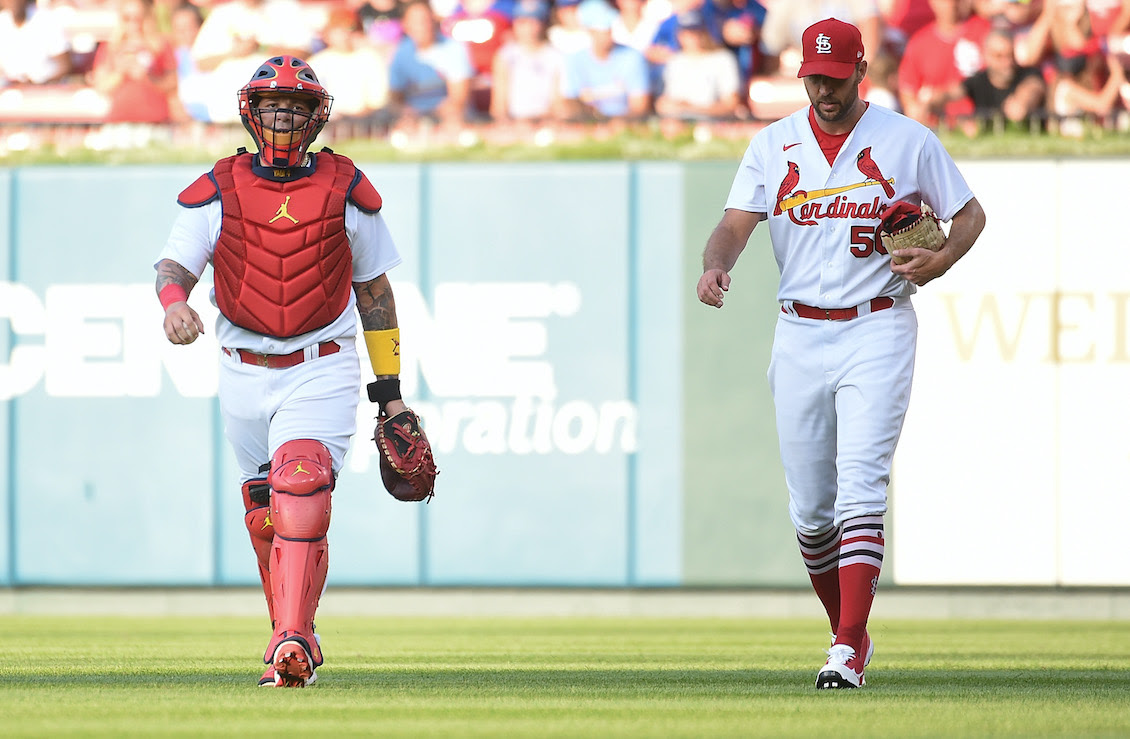 The St. Louis Cardinals are quickly rewriting records with players over 40. In the farewell season where Albert Pujols is chasing 700 home runs, another pair of Cards in their 40s made history on Wednesday. Pitcher Adam Wainwright (41) and catcher Yadier Molina (40) teamed up for their 325th battery. The duo’s first start came in 2007. They passed the Tigers duo of Mickey Lolich and Bill Freehan for the most all-time. The Cards beat the Brewers (4-1) behind all three 40-year-olds. Wainwright struck out three and gave up just one run in five innings. Molina punched the go-ahead RBI in the 2nd inning, and Pujols added more runs with an RBI double in the 8th inning.

The veteran Cardinals (84-59) now hold an eight-game lead in the NL Central. There’s a good chance the Waino-Yadi battery record will stand the test of time.

Yanks Hot Again: The Yankees completed a two-game sweep of the Red Sox with a 5-3 win on Wednesday behind Gleyber Torres’ three-run little league home run. New York gets a three-game series with the Brewers this weekend.

J-Rod’s Rookie Record: Mariners’ rookie Julio Rodriguez made history on Wednesday with his 26th home run and 25th stolen base, becoming the first rookie in MLB history to join the 25-25 club. He’s only 21 years old. The Mariners beat the Padres (6-1). 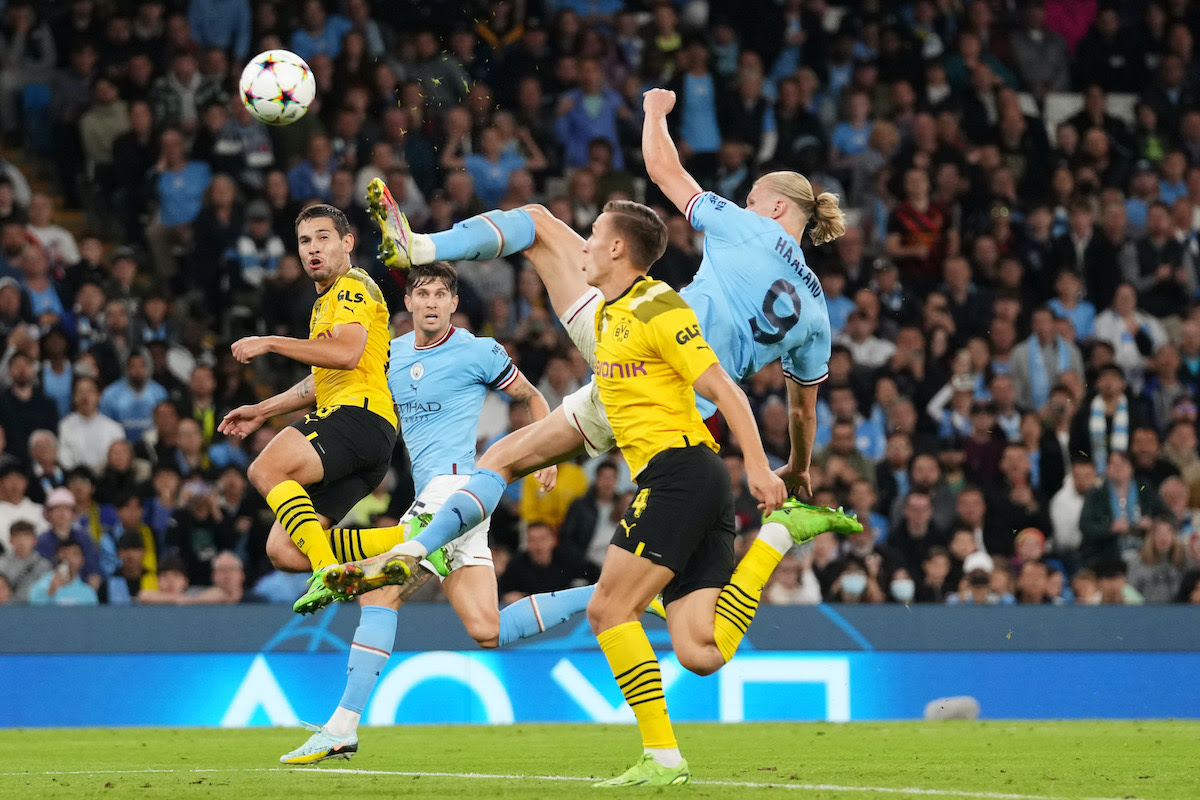 Day 2 of Matchday 2 in the Champions League delivered nine games full of drama on Wednesday, but none carried a bigger storyline than the battle in Manchester. Erlind Haaland faced off against his former club Borussia Dortmund, and he struck the game winning goal in a 2-1 win for Manchester City. Dortmund scored first early in the second half before a laser from John Stones evened the score. In the 83rd minute, it was Haaland who tracked down a cross and finished with a flying high-kick you have to see to believe.

Elsewhere, Napoli, Milan and PSG were easy winners while Chelsea settled for a draw against RB Salzburg in manager Graham Potter’s debut. The Blues are 0-1-1 to open Champions League play.

The shift from preseason expectation to actual performance is slowly beginning to adjust the 2022 Heisman Trophy discussion. The rankings are focused on players listed with the strongest preseason odds while steadily introducing others who have excelled so far. (B/R)

The Dodgers’ Next Step

A day after securing a spot in the playoffs, the Dodgers tallied their 98th win of the season in game 141 to clinch a division title faster than any other team in Los Angeles history. Here’s where they turn their attention next. (FOX Sports)

Breaking Down the Presidents Cup

With the U.S. team having five of the top 10 players in the world and 11 of the top 20, the International team faces an uphill climb when play begins at Quail Hollow Club in Charlotte, North Carolina, on Sept. 22. (ESPN)

Week 1 of the NFL season is in the rearview mirror, but the fun and games don’t stop. We’re resetting the points on our weekly NFL Pick’Em contest with RunYourPool. If you missed Week 1, you’re still eligible for the Week 2 prize.