What We’re Watching This Season

It’s officially NFL Eve. One more night until football is back. While we’ll have a preview for the primetime Thursday night matchup in tomorrow’s edition, we couldn’t hold our excitement and have a broader season preview below outlining what we’ll be watching. 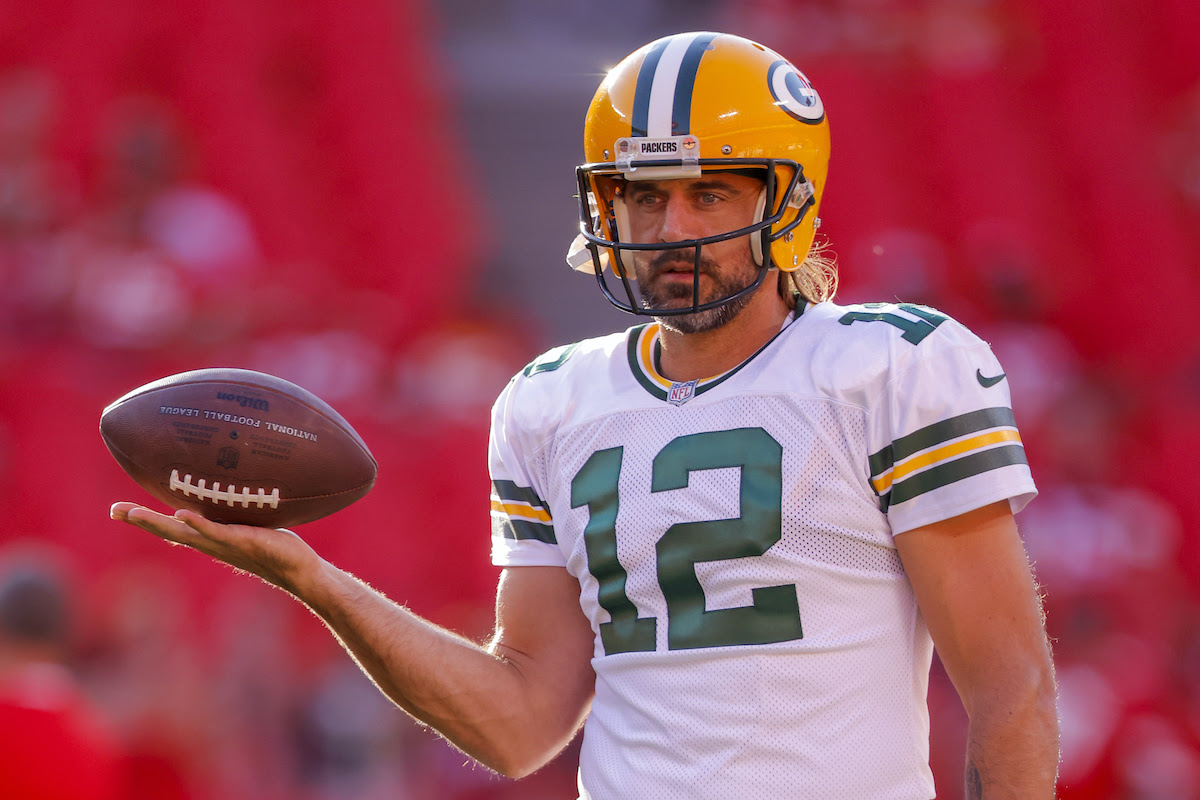 There is A LOT going on heading into week 1. While we could spend all day discussing the endless amount of interesting scenarios this year, here are some of the biggest storylines that we’ll be keeping close track of over the course of the season.

The Question Marks at QB

The 49ers and Dolphins in particular have especially interesting Situations at the quarterback position. Despite announcing that they were moving on from Jimmy Garoppolo and that Trey Lance is their guy going forward, Jimmy G is back on the roster and will assume a backup role until the 49ers can find a suitable trade for him. While he’s lurking around on the roster, Garoppolo could end up starting for the Niners again if Trey Lance doesn’t end up being what he’s shaped out to be.

Tua Tagovailoa also remains a major question mark down in Miami. After two so-so seasons where he hasn’t shown definitive signs of being a franchise quarterback, the Dolphins have fully given Tua the keys to the franchise and added Tyreek Hill to an offense that already had its fair share of weapons. With everything else in place, it will be on the third-year quarterback to prove he has what it takes to make this team truly competitive. If it doesn’t work out, a more than capable Teddy Bridgewater will be ready to take over to help win games in the short term and opens up a myriad of questions about Miami’s quarterback situation in the long term.

Since winning the Super Bowl in the 2010 season, Aaron Rodgers has cemented himself as one of the greatest quarterbacks the game has ever seen. Despite winning four MVPs in the last 11 years, we no longer care about what happens in the regular season for Rodgers and the Packers, we want to see if they can make another Super Bowl run. They’ve had 13 wins in each of the last three seasons, but no trips to the big game to show for it, and also have also had back-to-back disappointing playoff losses at home in 2020 and 21. Even though they lost Davantae Adams, we still think this team has a legit chance to come out of the NFC. It’s just a matter of if Rodgers can elevate his team when the lights shine the brightest.

Who the Hell is Going to win the AFC West?

This very well may be the best division we have ever seen. The Broncos and Raiders made major moves acquiring Russell Wilson and Davantae Adams to bolster up their offense, the Chargers are expected to take a leap thanks to the continued ascension of Justin Herbert, and while the Chiefs’ offense looks different without Tyreek Hill, they’re still going to be a force. If we had to choose, we’d view Kansas City as slight favorites because they’re the only team with a true championship pedigree. But our guess is as good as yours. Don’t be surprised if any of these four teams end up winning the wild west.

Is it Finally Buffalo’s Time?

Last year, there were still questions surrounding the Bills and if they were real-deal when it came to taking their place in the upper echelon of NFL teams. After their classic duel against the Chiefs in the Divisional round where a coin flip very well may have cost them a trip to the Super Bowl, all of those questions were answered. Buffalo has brought back most of their core pieces on both sides of the ball, and also signed linebacker Von Miller to help round out their defense that collapsed against Kansas City last season. With the addition of Miller on top of everything that Buffalo had going for them, this may finally be the year that Bills Mafia hoists the Lombardi trophy.

The Sportsletter is welcoming back the NFL with a season-long competition for our subscribers! Join The Sportsletter’s NFL Weekly Pick ‘Em Contest for a shot at weekly prizes. Each week’s individual winner(s) will get the spoils, but points accumulate week after week for a season-long leaderboard, too.

Our friends at Run Your Pool will host the competition, allowing you to play a simple and fast version of competitive Fantasy Football against your fellow readers. *Picks Due on Sundays at 1:00 pm ET 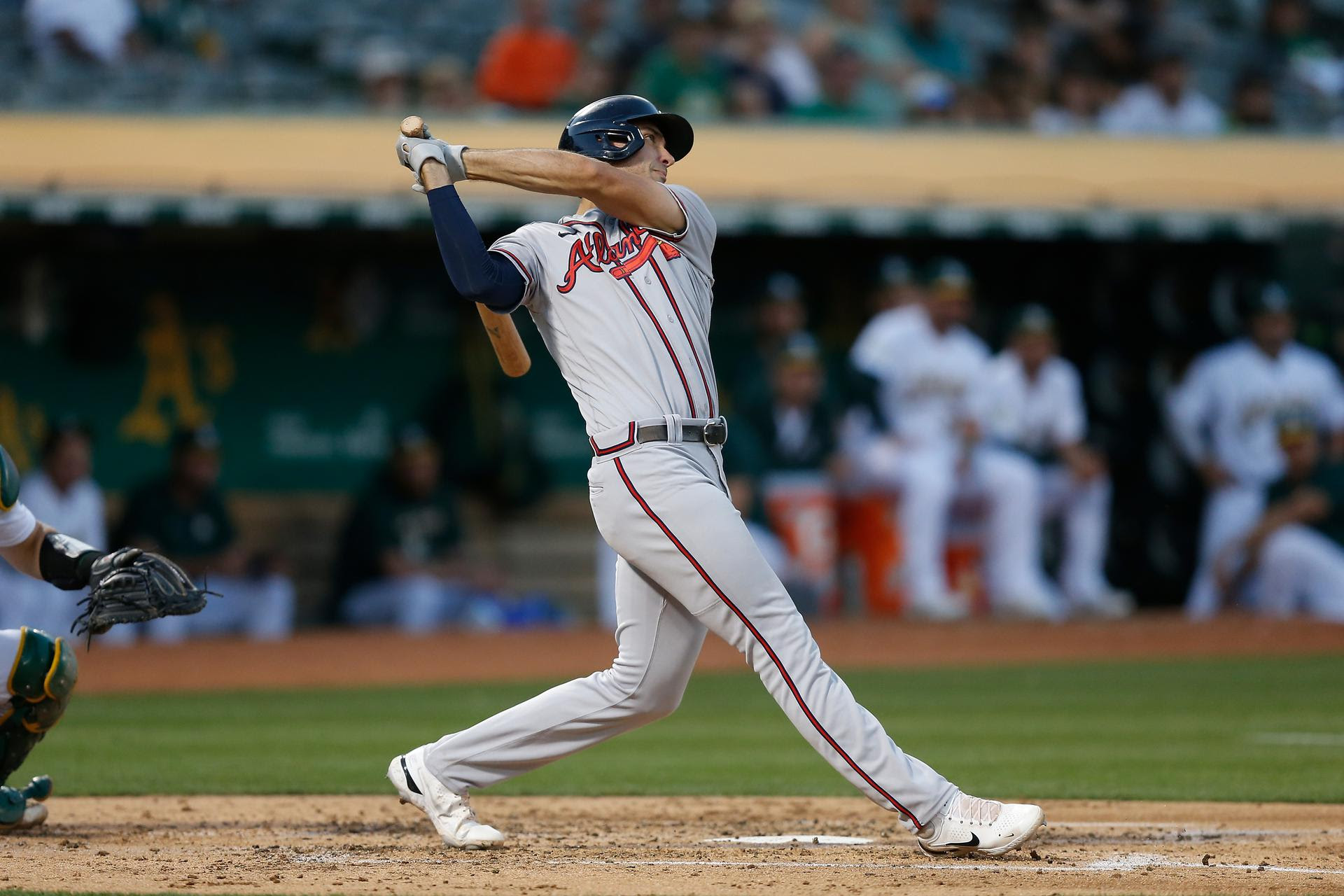 For the second year in a row, the Braves are looking as dangerous as ever toward the end of the season. After coming out of the gate with a bit of a championship hangover, starting just 23-27 and trailing by as many as 9.5 games, Atlanta has finally closed the gap and is now tied with the Mets for the division lead with just 26 games remaining.

Last week, the Mets took two out of three against the Dodgers and looked to follow that up by dominating an easy portion of their schedule where they play 16 straight games against teams with losing records. Unfortunately, it has been anything but easy for them since. Last night marked the Mets’ third straight loss to a team under .500, as they fell to the Pirates 8-2. They are starting to look like their neighbors on the other side of the city with their recent string of lifeless performances, as they amassed just two hits against a 50-84 Pittsburgh team. Although they still have time to right the ship against plenty of more subpar teams, New York is officially out of wiggle room, and every game will be crucial from this point forward.

Similar to the Mets, the Braves unexpectedly got lit up by an inferior opponent in the A’s. Kyle Wright, who leads the MLB in wins, had the worst outing of his career, giving up eight of the nine Oakland runs. Where the Braves and Mets differed though is their bats. Atlanta went for ten runs themselves to somehow emerge victorious. The most notable of Atlanta’s scoring came from Matt Olson, who hit a three-run homer in his first game back in Oakland against his former team. The win finally brings the Braves to the top of the NL East and has set the stage for what should be a thrilling division race down the stretch.

Yahoo!: Starling Marte After Being Hit by Pitch on Hand: ‘I’m hoping there’s not a fracture’

The End Of An Iconic Career 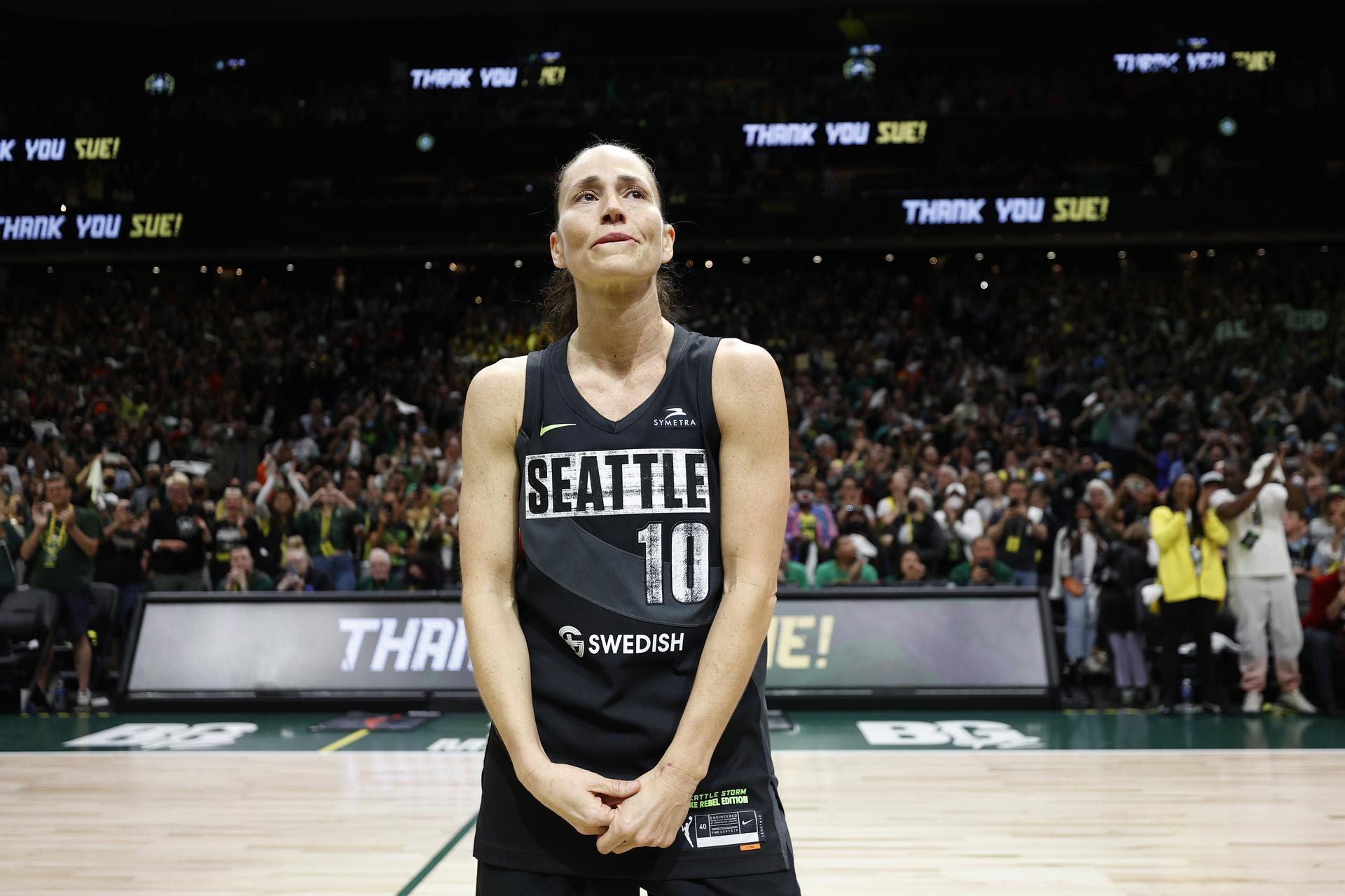 Two decades, five gold medals, four championships, and thirteen all-star appearances later, Sue Bird’s time on the basketball court has officially come to an end, as the Aces Defeated the Storm (97-92) to advance to the Finals. Breanna Stewart did all that she could to keep Seattle afloat, pouring in 42 points, and tying the WNBA playoff record. However, it was Chelsea Gray (31 points, 10 assists) once again coming through when her team needed her most, burying two contested jumpers in the closing moments to close out the series for Vegas. It marks the end of one of the greatest and most influential careers in WNBA history, as Sue Bird helped make the league what it is today over the course of the last 21 years.

With their backs against the wall, Connecticut responded in a big way while facing elimination, blowing out the defending champs by 24 points (104-80) to force a winner-take-all game 5. A balanced attack from the opening tip, the Sun took control early and never looked back, as their hot shooting throughout helped answer every run from Chicago and help lead them to victory.

Christian Yelich didn’t just hit a leadoff home run to start the Brewers Rockies game last night. He made history by belting a nearly 500-foot bomb to the third row that was the longest hit ball of the season.

With the first weekend of college football in the books, a new AP poll has been released. Check out who rose, who fell, and what you can expect next from the newly anointed top 25 teams in the country. (ESPN)

Big-Name MLB Players Teams Should Leave Behind After 2022

Some of the hardest decisions that front offices have to make is knowing when to move on from certain players. Whether it’s due to injuries, age, or a bad fit, GMs would be smart to distance themselves from these well-known players after the conclusion of this season. (Bleacher Report)