All Rise for the Record

All rise. It’s another Aaron Judge milestone. The record-breaking 62nd home run finally came on Tuesday night in Texas, and it was a glorious sight for sports fans. No AL batter has ever hit more homers in a season. Case closed. 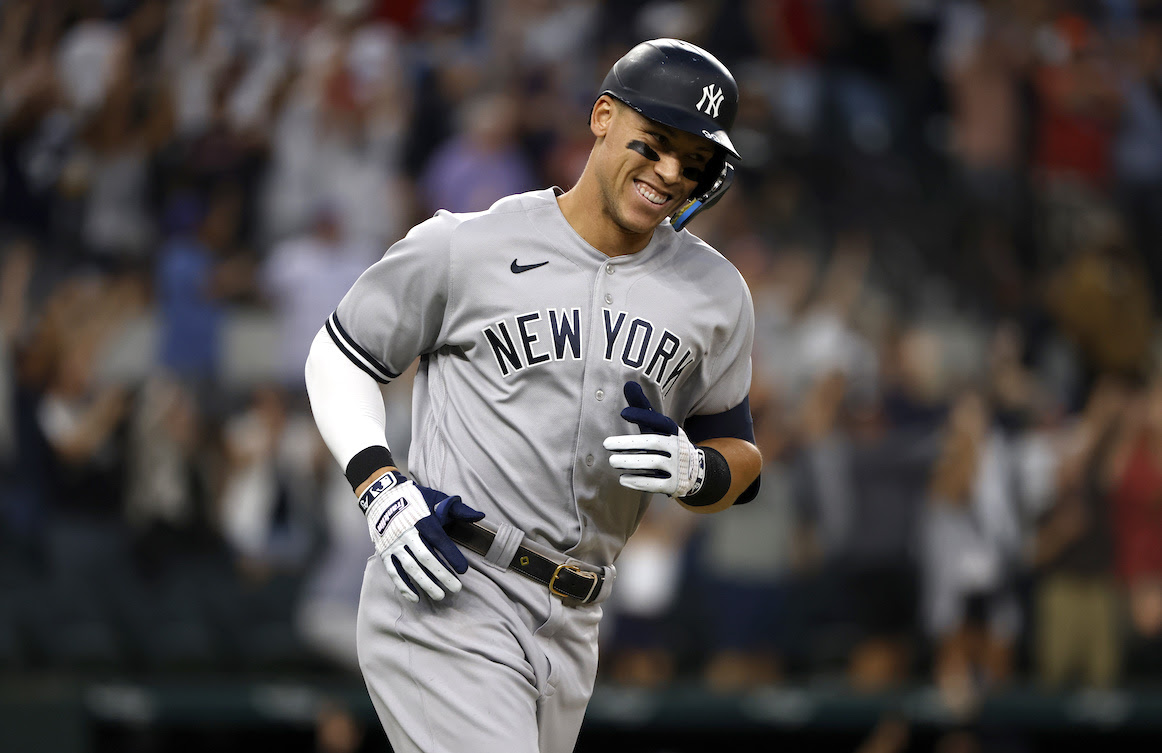 The record-breaker! Move aside, Roger Maris. Aaron Judge is the new American League home run king. The Yankees slugger didn’t wait long on Tuesday before sending a leadoff homer over the left-field wall. The history-making blast came against Rangers’ ace Jesus Tinoco at Globe Life Field in Arlington, Texas. A standing ovation from fans and players alike welcomed Judge across home plate for the single-season AL record with 62 home runs. The Yankees had to rally for the win (5-4), and Judge now sits among home-run royalty.

“Getting a chance to do this, with the team we’ve got, the guys surrounding me, the constant support from my family whose been with me through this whole thing … it’s been a great honor.” — Aaron Judge

Most HRs in a Single Season

The historic season for Judge has one final game this afternoon in Houston (4:05 pm ET). The Yankees (99-62) will go for 100 wins, and Judge will still, somehow, have a shot at becoming the first to capture the MLB Triple Crown since Miguel Cabrera (2012) — leader in batting average, home runs, and RBIs. Only 12 players in MLB history have claimed such a feat. Judge needs a perfect day at the plate while hoping Twins 2B Luis Arraez goes cold to swipe the top batting average.

There’s one game left, and Judge might not be done making history. 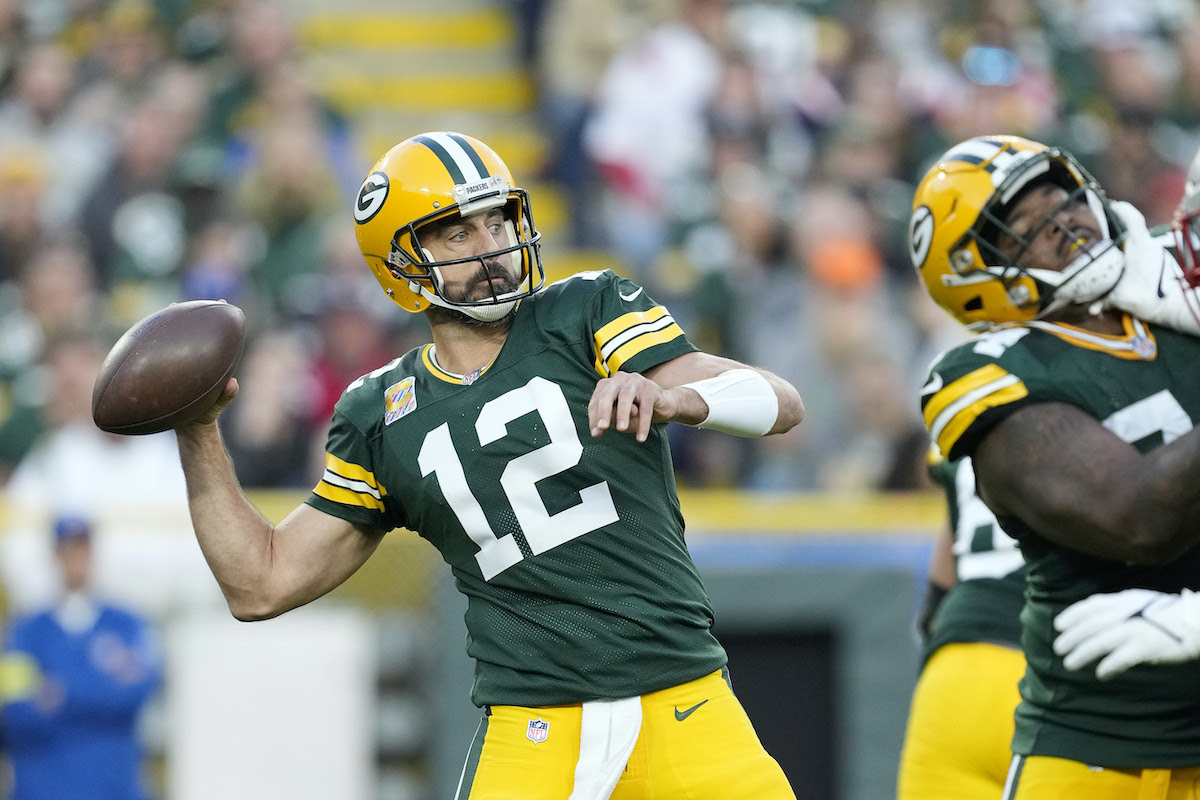 It’s another Wednesday rendition of The Sportsletter’s NFL Power Rankings. The team and I have conjured up this weekly rankings snapshot based on what we’ve seen over the first four weeks. The Eagles and Bills both fell behind by double digits on Sunday before grinding out wins that proved their moxie — both against other top-10 teams. The Chiefs and Packers climbed the board and jumped the Ravens and Dolphins, and the Cowboys and Bengals appear to be hitting strides as the season progresses. There’s only one undefeated team and one winless team after four weeks. Everybody else? They’re still kicking. 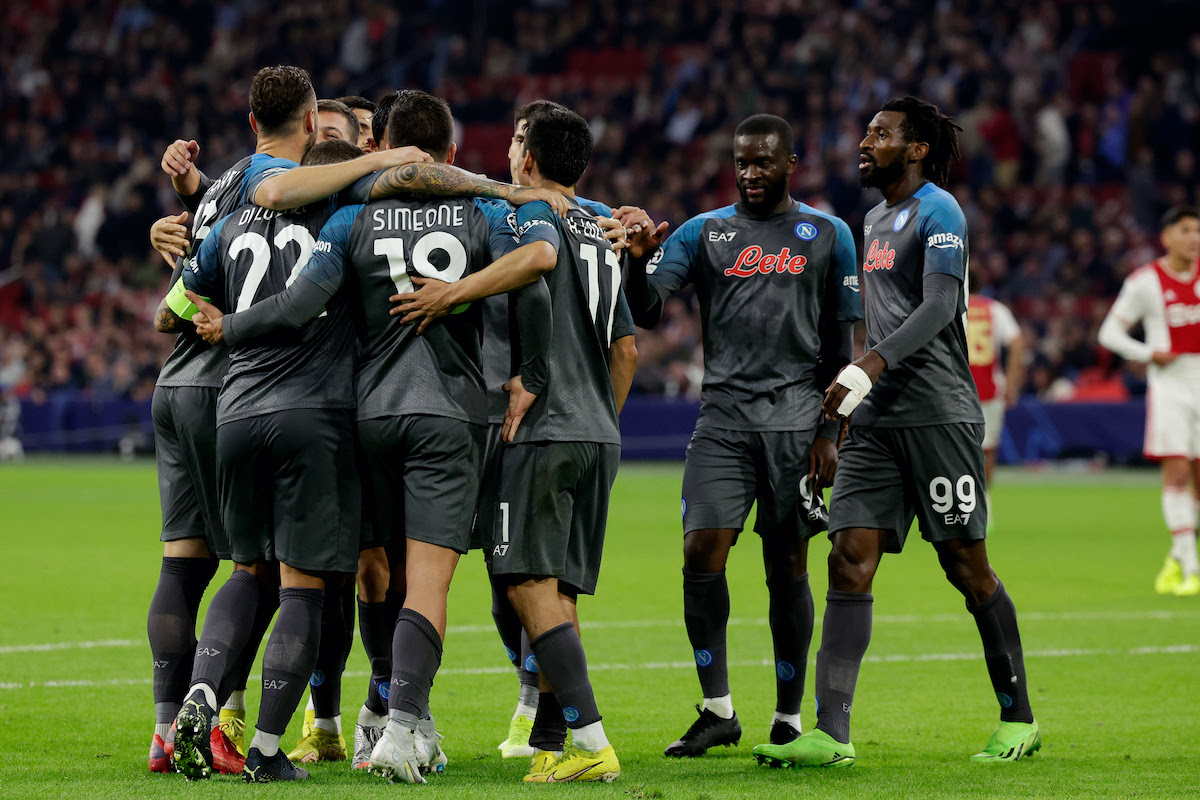 The UEFA Champions League Group Stage continued on Tuesday with Matchday 3, and two teams remain head and shoulders above the competition. Both Napoli and Bayern Munich were five-goal winners to keep their Champions League records unblemished through three games. Napoli continues to garner the headlines with a 13-2 goal differential in Group A. They pummeled Ajax (6-1) and appear to be torching their way to the No. 1 seed in the Knockout Stage. Two blowouts, five shutouts and a scoreless draw highlight Tuesday across the pond, but there’s more action on the way today.

Five weeks in, we are left with the Stupendous 16. A week from now it might be the Fabulous 14 or Thunderous 13. We know inherently that most of these teams will lose in the coming weeks, but until they do, they can keep dreaming. (ESPN+)

How Trackhouse is Revolutionizing NASCAR

With a pair of successful drivers and a new philosophy on what it means to be a team, the upstart—don’t call them underdogs—operation is making waves in stock car racing. Here’s how Trackhouse is trying to change NASCAR. (Sports Illustrated)

After finishing fifth in MVP voting last season, Dallas Mavericks star Luka Doncic is the top choice among NBA general managers to win the award in 2022-23. A survey of GMs across the league gave insight into what teams think about the year ahead. (Bleacher Report)