Bottles in the Bronx

The ALCS is set. The NBA is back. We’ve got hockey, football, and soccer, and tomorrow marks the first ‘Sports Equinox’ of 2022. It’s about to be a sports buffet, and we’ve got an appetite.

Bottles in the Bronx 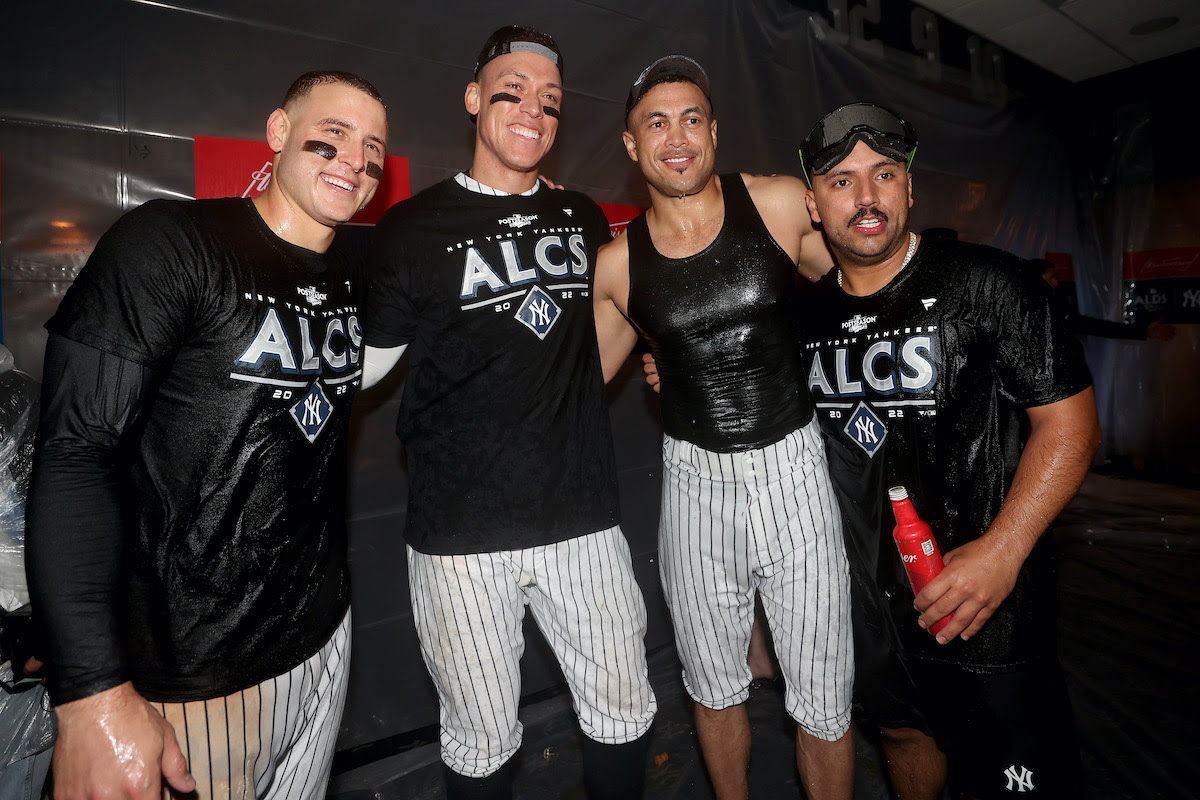 Tuesday was a historic day for the MLB Playoffs with the first-ever overlapping rounds on the same day. The ALDS Game 5 between the Yankees and Guardians concluded just before Game 1 of the NLCS in San Diego. It was a no-doubter in the Bronx and a pitching battle in California as four home runs made the difference on the night. The Yankees have a mere 24 hours of rest before the ALCS start against the Astros. Here’s what went down last night:

After squandering the series with back-to-back losses against Cleveland over the weekend, the Yankees finally overcame rain delays to keep their season alive on Tuesday night. Giancarlo Stanton (1st inning) hit a three-run homer to put the Yankees on the board before Aaron Judge (2nd inning) added a solo shot. Aaron Civale got the start for the Guardians, but his night was over before the end of the 1st. Those homers gave New York a 4-0 lead before Nester Cortes (5 IP, 2 Ks, 3 Hits, 1 ER) and the Yanks’ pen did the rest. The Yankees are now 28-2 when both Judge and Stanton leave the yard in the same game. It was champagne showers in the Bronx, but it’s straight to Houston for Game 1 of the ALCS tonight. NYY Wins Series (3-2)

The nightcap on the other side of the country was more of a pitching duel between the Phillies and Padres in Game 1. Zack Wheeler (PHI) and Yu Darvish (SD) were both spectacular, but a pair of solo homers from Bryce Harper (4th) and Kyle Schwarber (6th) marked the only runs of the game. Wheeler struck out eight batters over seven frames while allowing just one hit on the night. Darvish wasn’t far off, going seven innings with seven Ks. The Padres put two on base in the bottom of the 9th to make things interesting, but Philly closer Jose Alvarado got Manny Machado to fly out before fanning Josh Bell to end Game 1. And just like that, the 6-seed in the National League holds a 1-0 lead in the NLCS. PHI Leads Series (1-0) 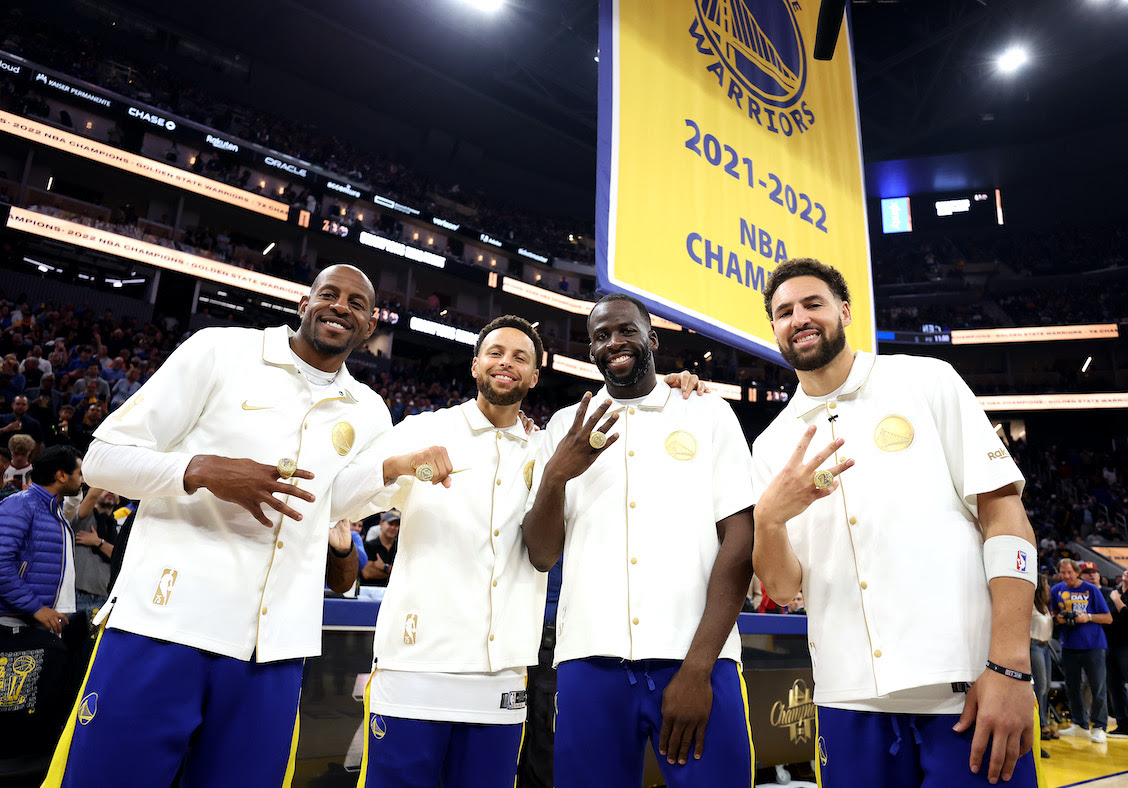 Welcome back, basketball! The NBA season kicked off last night with two marquee matchups in the east and west. Both the Celtics and Warriors showed why they’re the teams to beat in their respective conferences as they each picked up a pair of wins to begin their quests to get back to the Finals. The night began in Boston with a Bill Russell tribute before heading to San Francisco for a banner-raising ceremony. Let’s play 82 games!

The Celtics came into the season opener last night after switching coaches less than a month ago. The inaugural game of the season saw two powerhouses in the East face off with what could be a potential Conference Finals preview. While it was encouraging for Philly to see James Harden return to his old self with a vintage 35-point performance, they had no answers for Boston’s superstar wings. Jaylen Brown and Jayson Tatum scored 35 apiece. New addition Malcolm Brogdon fit in the Celtics’ offense like a glove, adding an efficient 16 points off the bench in his team debut. Despite the offseason drama regarding Ime Udoka, it looks like interim coach Joe Mazzulla is going to be able to keep the train on the tracks.

After receiving their fourth ring in the last eight seasons, the Warriors raised the banner and collected their jewelry before picking up where they left off. The Dubs breezed by the Lakers to start the season1-0. While the big three of LeBron James (31 points, 14 rebounds, 8 assists), Anthony Davis (27 points, 6 rebounds), and Russell Westbrook (19 points, 11 rebounds) had solid individual stats, they got next to no help from their supporting cast. On the other side, Golden State moved the ball beautifully, producing 31 team assists with their signature free-flowing offense. Steph Curry led the way for the Dubs with 33 points. It looks like the Lakers might be in for another long season while the Warriors look poised to make a run at a potential fifth championship for this dynasty.

SI: After Opening Night Win, Celtics Express Their Belief in Joe Mazzulla and His Collaborative Approach

Yahoo!: Warriors Unveil Championship Ring With Yellow Diamonds, Secret Compartment and a Dig at the Celtics 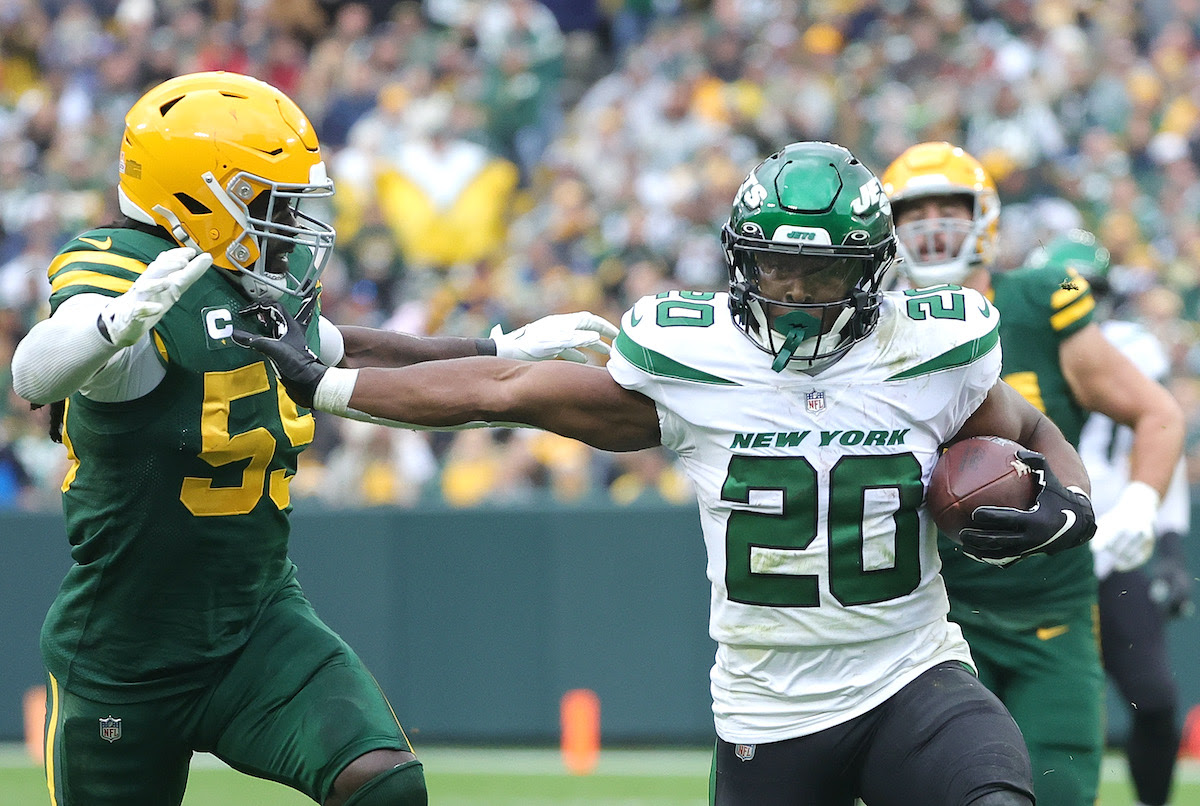 A wild Week 6 full of upsets caused a shake-up in this week’s power rankings. The Jets, Chargers, and Falcons are flying up the board with win streaks intact while a group of NFC playoff teams from a year ago — Packers, Bucs, and 49ers — are dropping fast. The Eagles, Bills, and Vikings have a bye in Week 7, so expect three of our top five to hold tight through next week. Twenty-four of the league’s 32 teams (75%) are hovering within one game of .500 (3-3, 4-2 or 2-4), meaning a mosh pit of mediocrity makes things cloudy in the middle. A quick look at the Week 7 schedule shows that the rich could get richer in the coming days. 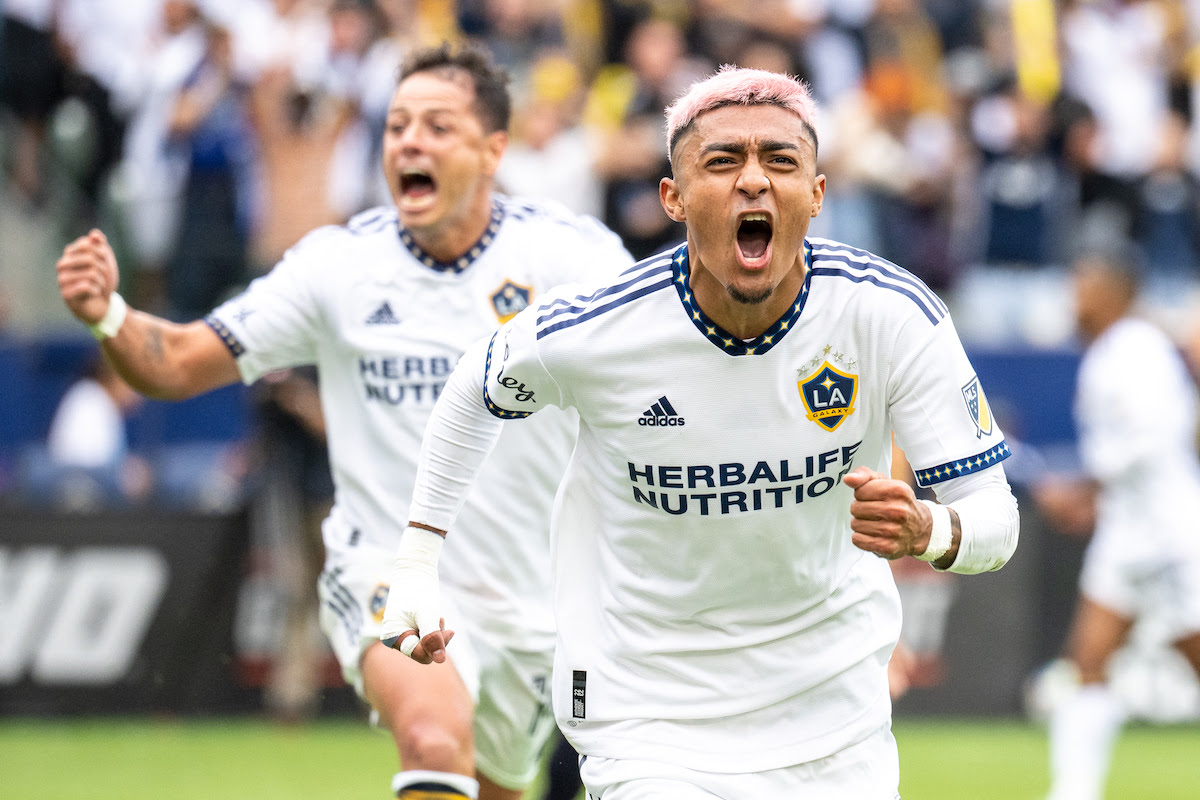 The last few days saw the opening round of the MLS Cup Playoffs slide under the radar in the national sports media. Two matches needed penalty kicks to decide winners, but only one upset winner (FC Cincinnati) is through to the next round. We’re down to eight teams left. The conference finals begin on Thursday. We’ll have a final four in the MLS by next Monday.

FOX Sports: Takeaways Off Round One of the MLS Playoffs

Coaches don’t always make or break an NFL team. But like quarterbacks, they’re more influential than most. With Week 7 on deck, here’s a look at the latest big-name coaches to take big steps forward or backward. (CBS Sports)

The wait is over. Real Madrid striker Karim Benzema won his first career Ballon d’Or on Monday, becoming the second oldest player to win the award at age 34. There were a total of seven awards that were handed out on Monday at the Theatre du Chatelet in Paris. (Sporting News)

One of the most tiresome things about the NHL awards is that we spend as much time debating their subjective parameters as we do which players and coaches should win them. Here’s a look — a really early look — at the 2022-23 NHL standouts. (ESPN+)