NFL Week 5 is in the books, and so is the MLB playoff picture. Monday saw an NFL divisional rivalry in California and a playoff drought end for Philadelphia. We go from East to West in today’s newsletter before the Champions League returns today. But first, we’ve got another winner…

Congratulations to our Week 4 winner, Adam Y. Adam went 13-1 for the best weekly record so far this season. Check your email for a personal email with prize details. Here are the top scorers from Week 4. We’ll reset the points and run it back for Week 5 (button below). 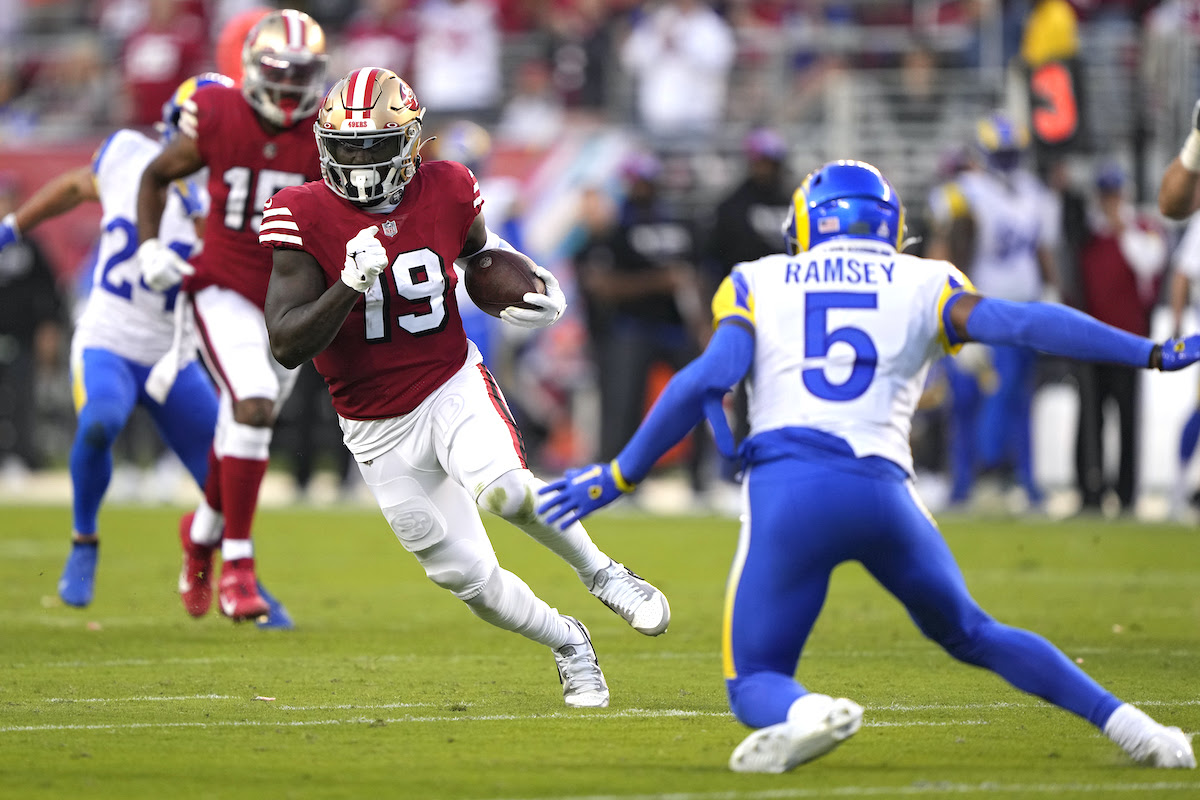 Another year, another rough road ahead for the NFC West. In recent history, the division has eaten itself alive from the inside out by pummeling each other in one of the toughest divisions in football. That seems to be the case in 2022. The defending champion L.A. Rams traveled up the coast to San Francisco on Monday Night Football, but it was Jimmy Garoppolo and the 49ers who stole the show. Jimmy G (16/27, 239 yards, 1 TD) dumped the ball off to human highlight reel Deebo Samuel (6 receptions, 115 yards, 1 TD) who accounted for 1/3 of San Francisco’s offense. For the Rams, the offense moved the football but settled for nothing but field goals all night. Rams QB Matthew Stafford was sacked seven times, including two apiece from Nick Bosa and Samson Ebukam. It was 14-9 in the fourth quarter before the Niners put the game out of reach.

With all four teams in the division sitting at 2-2, it’s anybody’s guess who holds the edge. San Francisco lost QB Trey Lance, but Garoppolo has kept the train moving. Geno Smith and the Seahawks appear more formidable than most thought. And the Cardinals and Rams still have high-powered offensive potential. The division sent three teams to the playoffs last season. Expect more of the same in 2022. If that is, they don’t cannibalize each other all year.

CBS Sports: 49ers Defense Clamps Down, Deebo Does the Rest 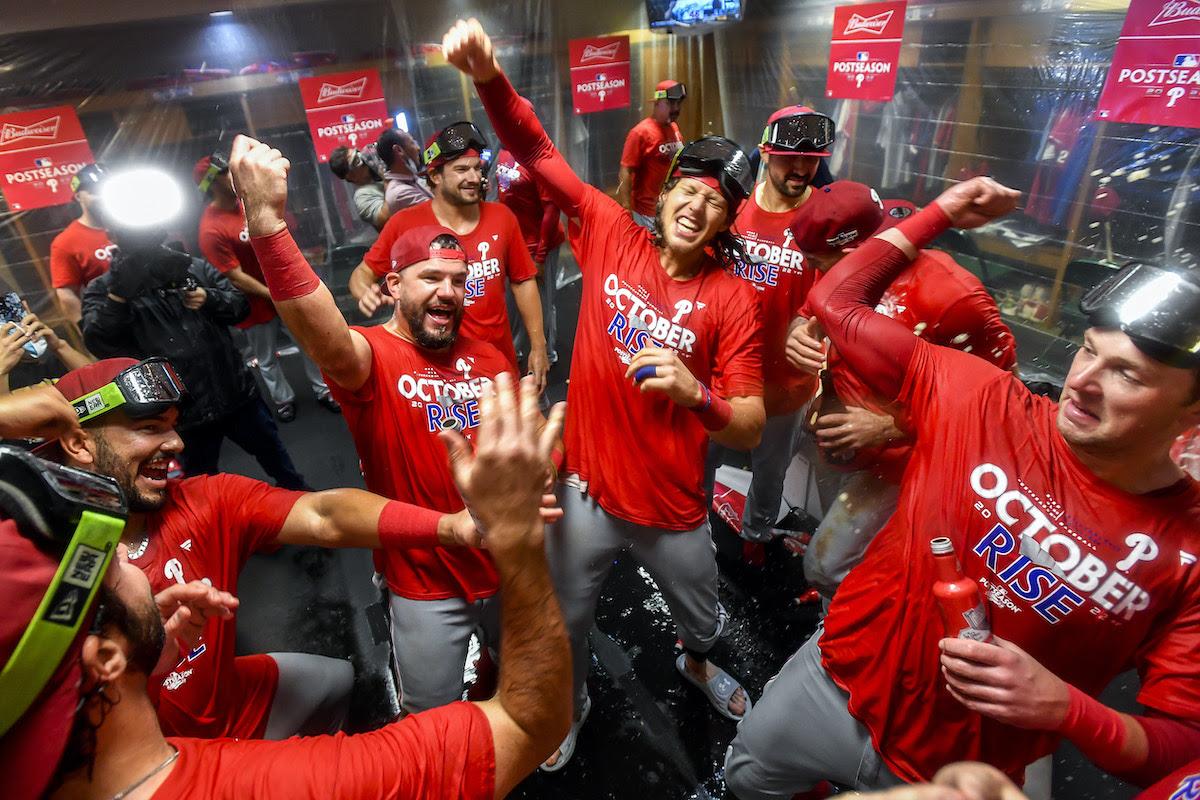 The playoffs are set! October is officially ready to roll. The Philadelphia Phillies claimed the final postseason berth on Monday night in Houston with a 3-0 win against the Astros. The win eliminated the Brewers from playoff contention and ended a decade-long drought for Philadelphia. They hadn’t reached the postseason since 2011. Kyle Schwarber went 2-for-3 with a pair of home runs while pitcher Aaron Nola went seven innings with nine Ks in a shutout performance. Philadelphia (87-73) is 3-0 through three days of October. They’ll finish the series against the Astros over the next two days as they battle the Padres (88-72) for positioning between the fifth and sixth seed. The October field of 12 is officially set (see below).

Watch: Phillies Return to Postseason for First Time Since 2011

Pujols Slugs 703 for More History: There’s no slowing down Albert Pujols. The Cardinals legend hit his 703rd homer Monday to break a sixth-inning tie against the Pirates. St. Louis won the game on a walk-off walk (3-2), and it was Pujols’ 263rd career go-ahead home run, passing Barry Bonds (262) for the most in MLB history.

Severino Slays Rangers: Luis Severino threw seven innings of no-hit ball before getting pulled against the Rangers in a 3-1 win. Meanwhile, Aaron Judge stayed at 61 home runs while the season closes in on its final few days.

Blue Jays Clinch Top WC: Toronto took down Baltimore on Monday (5-1) thanks to Jose Berrios’ five-K night to officially secure the top Wild Card spot in the AL Playoffs. That means the Blue Jays will open the postseason with home-field advantage in the Wild Card round. 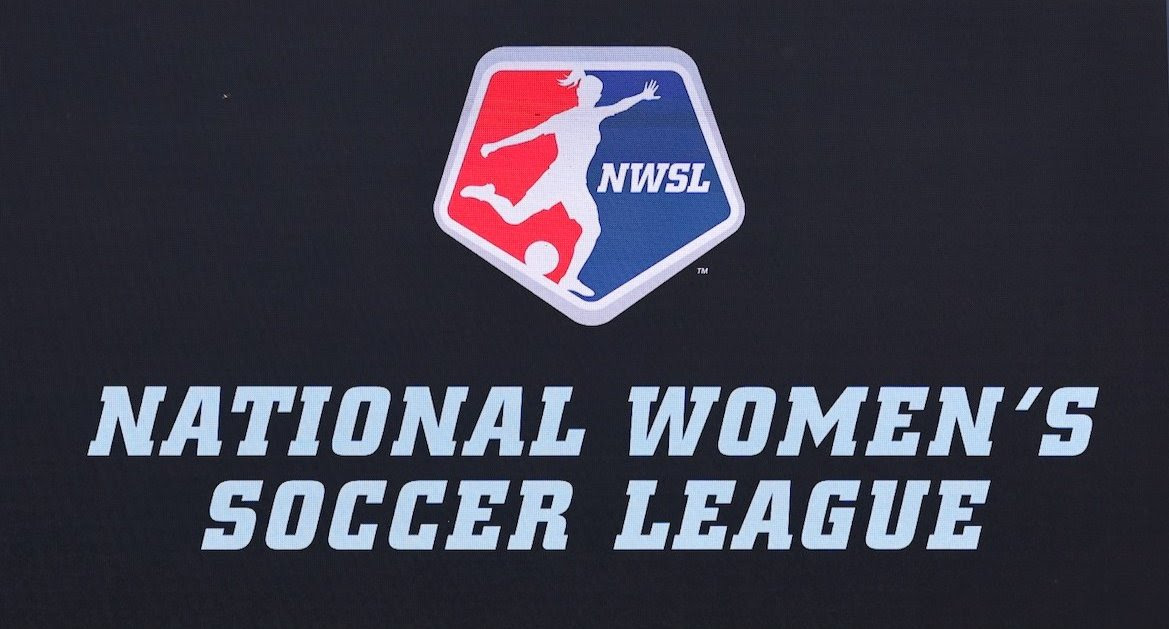 The NWSL’s 22-match regular season is officially over, but a shocking report on Monday left a blemish on the women’s soccer league in 2022. An independent U.S. Soccer investigation found that emotional and sexual abuse were “systemic” throughout NWSL management, impacting multiple teams, coaches and players. The investigation was launched after former NWSL players came forward with allegations of harassment involving former North Carolina Courage head coach Paul Riley. Then the floodgates opened.

After Riley’s misconduct, NWSL Commissioner Lisa Baird stepped down. Last season, five of the 10 head coaches in the league were fired or let go amid accusations of misconduct. The investigators — a group headed by U.S. Attorney General Sally Yates — interviewed more than 200 individuals before reporting systemic and widespread abuse throughout the league.

Despite the controversy, soccer continues to be played, and the NWSL season will now enter the playoffs with a shadow over the league. The OL Reign captured the NWSL Shield for the top team in 2022. They’ll hold the No. 1 overall seed.

At the start of the 2022 college football season, the dominance of Alabama, Ohio State, and Georgia were one of the sport’s predominant storylines. They appeared to be so far ahead of the pack that it was almost impossible to see anyone else winning the national title. (ESPN+)

The NBA’s Most Overrated Teams

The NBA is loaded with individual talent and several teams that could reasonably be expected to compete for a title. It’s easy to fall for a number of those contenders, but increased parity throughout the league might lead to heartbreak. (Bleacher Report)

The 2022 Major League Baseball season has two days left. We’ve seen an incredible regular season and it’s entirely possible the best is yet to come (can it be way better, please, Baseball Gods?). (CBS Sports)