Having A Field(s) Day

Monday’s Sports Equinox hangover was in full effect. The busiest sports weekend of the year brought us to the halfway point of football season and the calm before the storm that is the World Series. We’ll take a quick baseball break to recap Monday Night Football, check in on the NBA’s hottest team, and predict the CFB Playoff before the first rankings are revealed.

Congratulations to our Week 7 winner, Jake L.! Jake went 11-2 to join a three-way tie atop the Week 7 leaderboard, but his tiebreaker score was just two points from perfect. Check your inbox for details on your prize, Jake.

Let’s reset the points. Week 8 is on the way, and you can make your picks to join the action even if you haven’t been playing all season. Good luck!

Bears Have a Field(s) Day 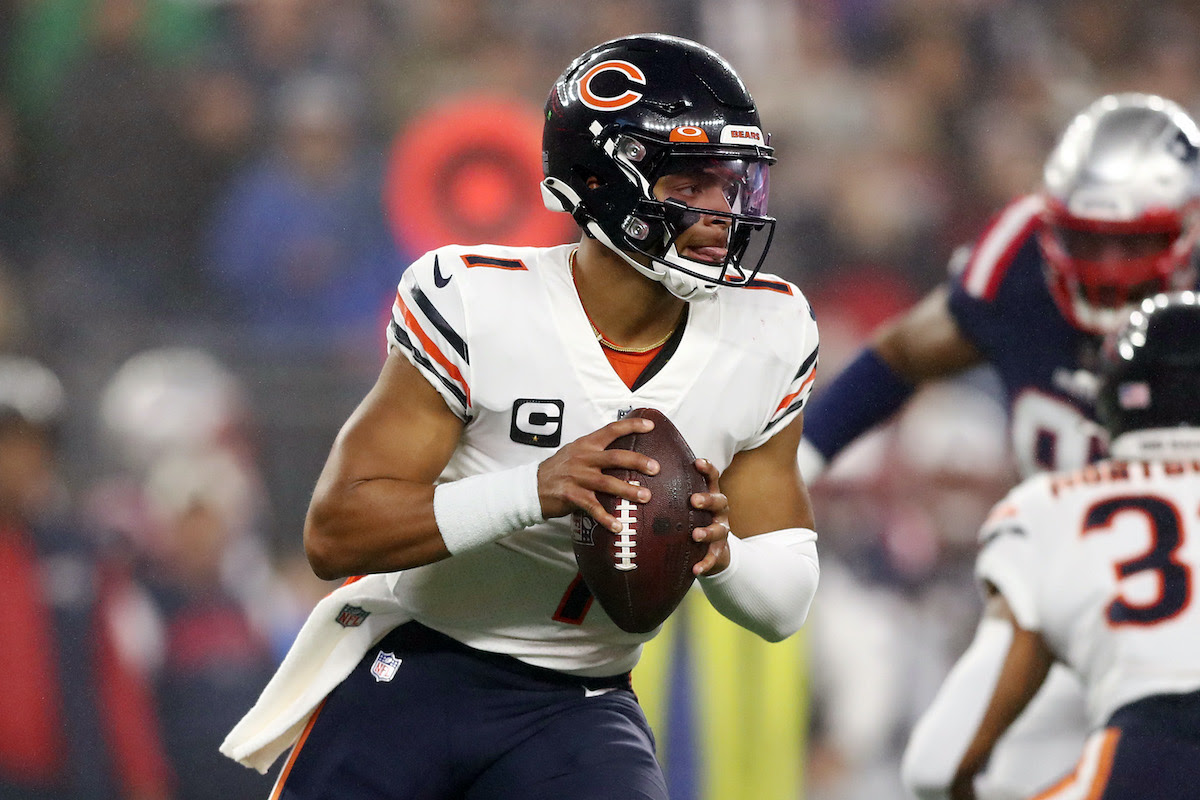 Monday Night Football in New England brought the Patriots and Bears together for a clash of teams heading in different directions. The Patriots were riding a three-game win streak while the Bears were on a three-game slide, but it was all Chicago on Monday Night with the exception of about six minutes in the second quarter. New England scored 14 points in less than six minutes when QB Bailey Zappe was re-inserted into the offense after Mac Jones struggled. The Pats flipped a 10-0 deficit to a 14-10 lead in just 11 plays — touchdown, interception, touchdown — where Zappe re-energized Gillette Stadium. That was all the juice he had, though. Chicago forced four turnovers with their stout defense while QB Justin Fields carried the offense to a runaway on the scoreboard. Chicago snapped a losing streak, and New England is now last in the AFC East.

Fun Fact: The last time the Patriots finished last in the division was 2000. 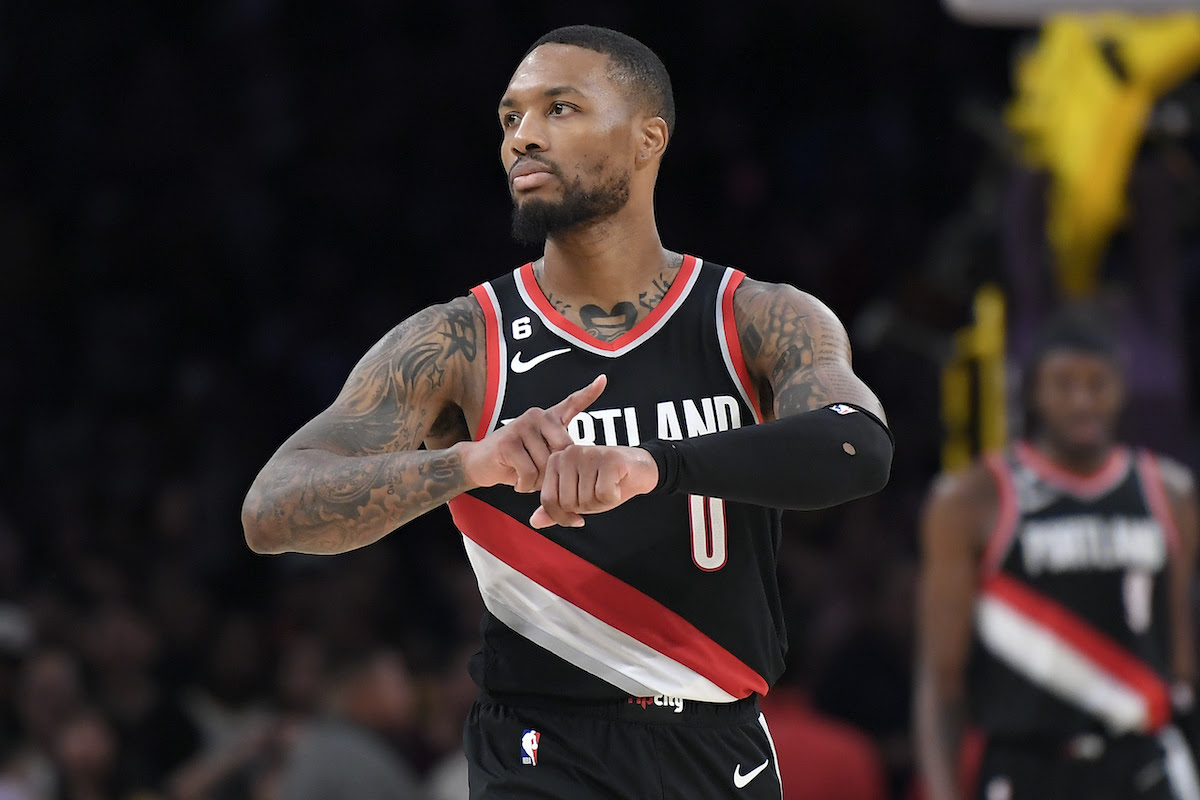 One year ago, the Blazers finished 13th in the Western Conference with a 27-55 record and an 11-game losing streak to end the season with Damian Lillard recovering from core muscle surgery. But in 2022? It’s a blazing hot start in Portland and a rejuvenated Lillard. The NBA’s only 4-0 team got their fourth win by roasting the Nuggets with an 80-point second half on Monday night. Lillard (31 points) and Anfernee Simons (29 points) combined for 60. Only one other team (Bucks, 2-0) is still undefeated. Lillard signed a massive contract extension in the offseason to the surprise of many, but it appears to be paying off in Portland.

Lights-Out Lillard: Damian Lillard went just 1-for-8 night from the 3-point line with 20 points in the season opener, but he poured in 41 points in back-to-back games before Monday night’s 31-point outing. He’s hit 15 threes while shooting 46 percent from deep (15-for-32) in the last three games, and he’s shooting 50 percent overall on the season.

ESPN: NBA First-Week Surprises: The Good, The Bad & The Ugly 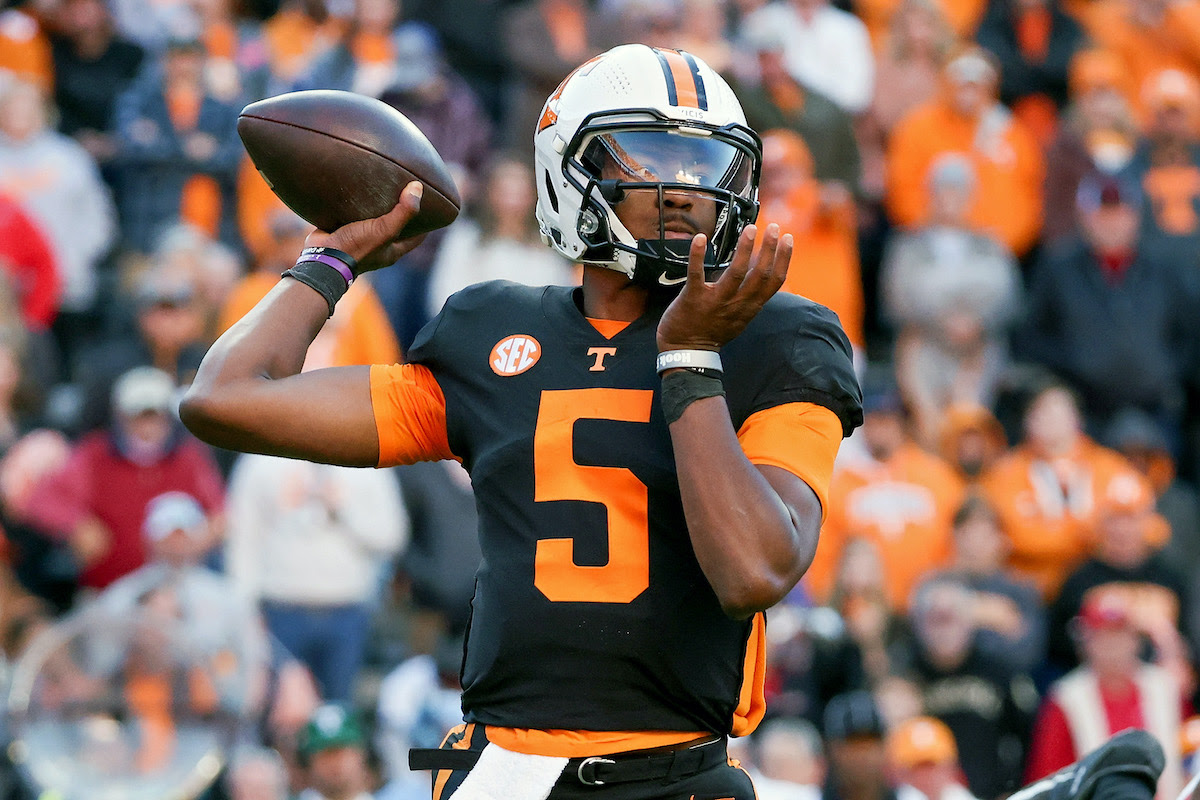 Only four teams reach the CFB Playoff by the season’s end, and it’s likely a collection of undefeated teams. After Week 8, six playoff contenders remain unbeaten, but four of those teams face each other in the coming month (see below). No. 1 Georgia and No. 3 Tennessee will clash to knock off one, and the battle between No. 2 Ohio State and No. 4 Michigan will ax another. Assuming No. 5 Clemson and No. 7 TCU run the table — neither one has another ranked opponent on the schedule — they could slide into a four-team playoff with four unbeatens. If either Clemson or TCU slips up, a one-loss team like Oregon or Alabama could also sneak back in.

Editor’s Playoff Picks: I like Georgia (1) and Ohio State (2) to stay undefeated, and that leaves a mess of one-loss teams with Michigan, Tennessee, Alabama, Oregon and more waiting in the wings. I think Tennessee will get a pass, even with a loss to Georgia, and Clemson’s QB situation leaves me with questions. Give me Tennessee (3) and TCU (4) to round out the playoff.

Games to Watch Down the Stretch

*The first set of CFB Playoff Rankings will be released on Nov. 2.

Partner: Looking for the best college gear? Homefield is a trusted Sportsletter partner that creates vintage-inspired designs that properly tell the unique story of each university. Our team can personally attest with the multiple products we’ve purchased, Homefield is as stylish and comfortable as it gets. Find unique, premium shirts, hoodies, and more from over 150 schools for you and your family today. Shop Homefield Now

Given the hype surrounding the 2023 draft class, including star prospects Victor Wembanyama and Scoot Henderson, the tanking conversations already appear to be at a fever pitch to begin the 2022–23 season. (Sports Illustrated)

The NFL may have achieved its greatest parity ever this 2022 season, and the league is getting more close games than ever before. But you can’t have it all. The NFL has a points problem, and there are some folks in league circles starting to worry. (CBS Sports)

The opening of the NHL season is fertile ground for overreactions… Just over a week into the 2022-23 NHL regular season, here are 10 first impressions that we judge to be absolutely delusional or harbingers of things to come. (ESPN+)