For 15 minutes last night, the Las Vegas Raiders looked like they might turn their season around. But there’s something about Patrick Mahomes, at home no less, that you can’t count out. An epic comeback in Kansas City and a look-ahead to the MLB Divisional Series tops our Tuesday edition.

Congratulations to our Week 5 winner, Dylan H.! Dylan went 13-1 this week to tie our record for the best score yet. Check your email today for a personalized message to claim your prize.

Let’s reset the points. Week 6 is coming in fast. Even if you haven’t made picks in previous weeks, you can join at any time using the button below. Good luck! 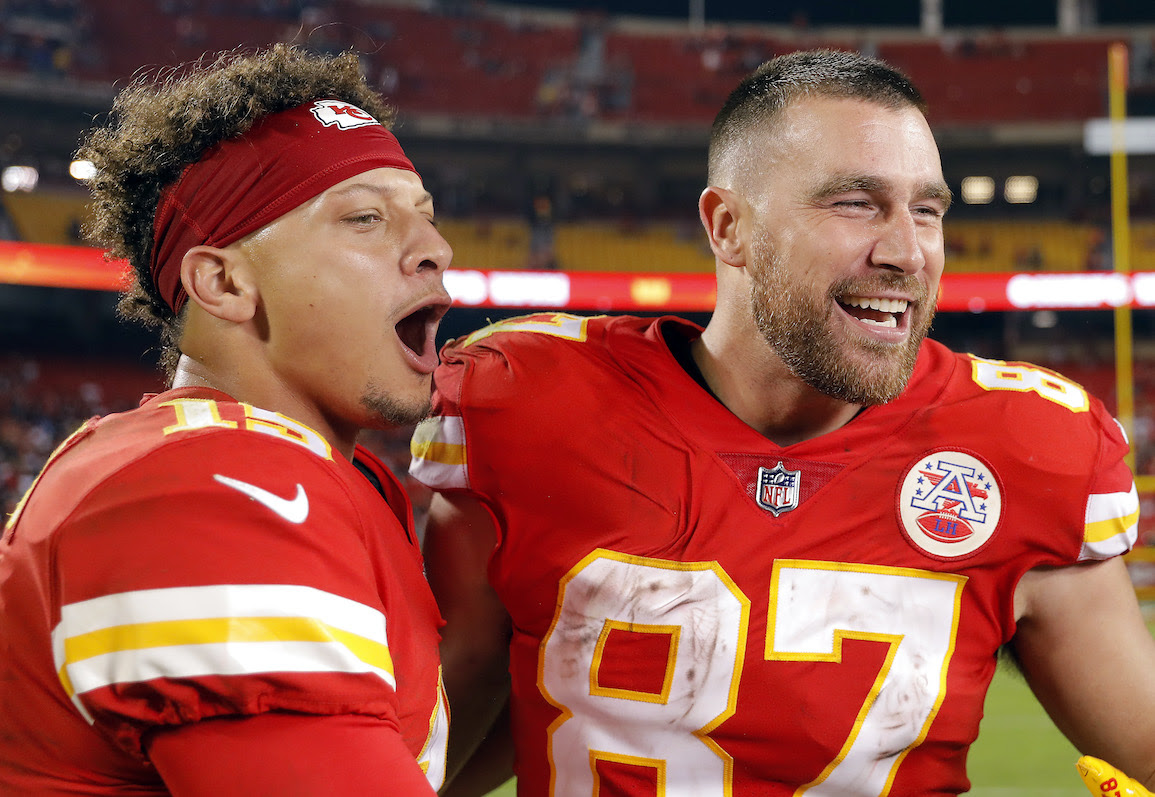 The Raiders might be the best 1-4 team in NFL history. Despite being tied for the worst record in the NFL, Las Vegas has lost all four games by one score via late-game drama. Monday night in Kansas City was no exception. The Raiders led the Chiefs 17-0 in the 2nd quarter before Patrick Mahomes and the Chiefs’ offense turned it on. Kansas City outscored Vegas 30-6 over a 30-minute spell (30-23) thanks to four passing touchdowns from Patrick Mahomes to Travis Kelce, but the Raiders didn’t roll over. Derek Carr found Davante Adams on a 48-yard bomb inside five minutes to play (30-29), but head coach Josh McDaniels opted to go for two. A called run for Josh Jacobs — who had a career-high 154 yards — was stopped inches short. The Raiders made a stop to get the ball back, but a Chiefs’ stop on 4th-and-1 in the final minute closed the door.

Can the Raiders Rise?

The Raiders are tied for last in the NFL with a 1-4 record, but they only have a minus-5 point differential through five games. All four losses have come by six points or less. The good news for Raider fans? Their next six games are very winnable. 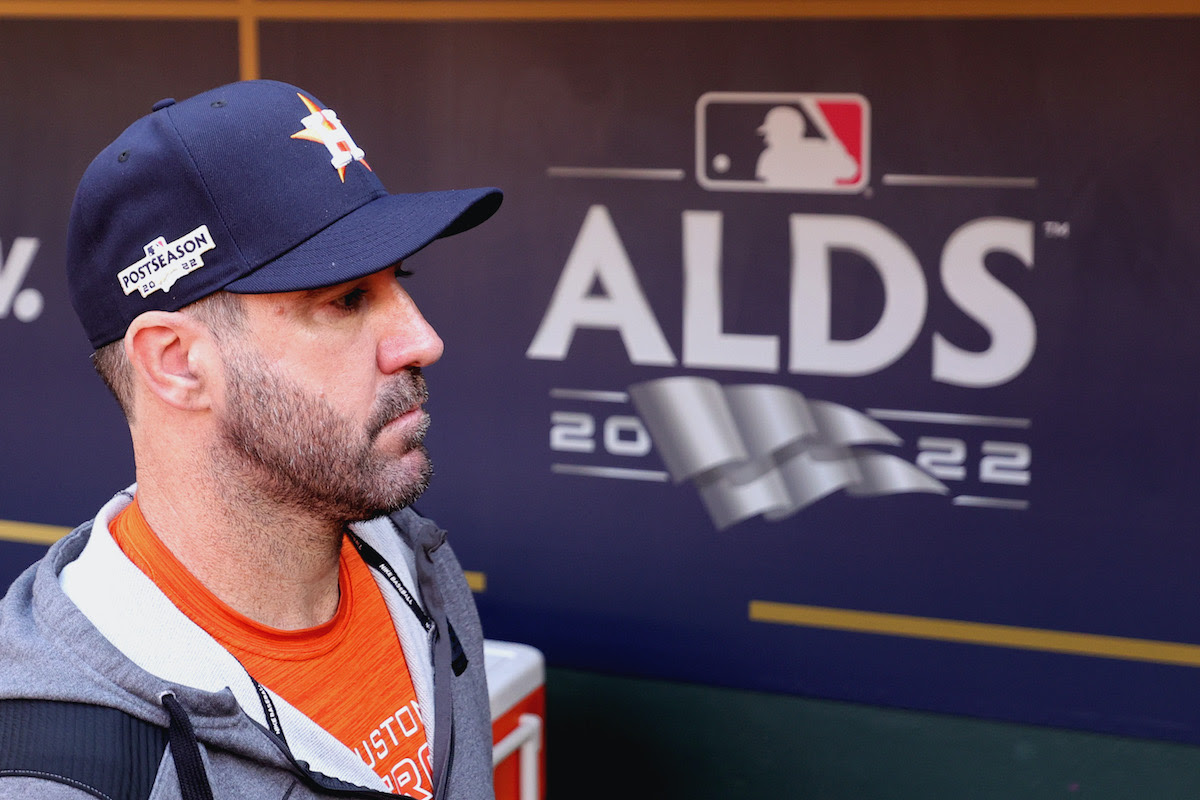 The Sportsletter’s Picks, Predictions & Previews for the Divisional Round

October is well underway in the MLB Playoffs, and the Divisional Series throws out the first pitch in just a few hours. The American League features two heavyweights against two underdogs while the National League delivers divisional rivalries between teams who know each other all too well. Here’s a collection of our picks, predictions, and things to watch as the LDS begins today.

Phillies vs. Braves: The NL East rivals from Philly and Atlanta square off in the NLDS after playing 19 times in 2022. The Braves held the head-to-head advantage (11-8), but the Phillies are hot. Philadelphia will only have Aaron Nola and Zack Wheeler for one game each, which means they’ll need to find a win elsewhere to pull off the best-of-5 upset. Braves bats from Dansby Swanson, Austin Riley, and William Contreras will be the key. Contreras has four homers against the Phillies this season — more than any other opponent. On the other end, Philly bats have played well against Atlanta pitchers Max Fried and Charlie Morton this season. The Braves are the defending champs while the Phillies are playing with house money. Prediction: Braves in 5

Padres vs. Dodgers: The NL West showdown pits the league’s top team against their younger brothers in California. The Dodgers won 22 more games than the Padres this season, and they pounded San Diego head-to-head (15-4). Los Angeles is also set to start Julio Urias and Clayton Kershaw in Games 1 and 2. The Padres’ young core should make things interesting, but without Fernando Tatis Jr., things look bleak. San Diego will start Mike Clevinger and Yu Darvish in the first two games, but they’ll need more magic from Joe Musgrove to upend the top team. It’s a tall task. Prediction: Dodgers in 4

Mariners vs. Astros: The AL showcase between the Astros and Mariners might be America’s favorite series. It’s the big boys from Houston — who still have some hatred dating back to 2017 — against the feel-good story of the 2022 playoffs. The Mariners ended the longest playoff drought in American professional sports (21 years). Seattle is also the only MLB team to have never appeared in the World Series. Sadly, the Astros have more firepower, and they’re leading with Justin Verlander in Game 1. Once the series gets to T-Mobile Park in Seattle, anything can happen. It’ll be the Astros against the world, and Mariners rookie Julio Rodriguez can flip the switch. Seattle might not have enough, though. Houston won the season head-to-head in 19 matchups (12-7). Prediction: Astros in 4

Guardians vs. Yankees: Cleveland has been a great story in 2022, rallying late in the season to run away with the AL Central, but heading into the Bronx under playoff pressure is a different beast. The Yankees were once baseball’s most-feared team. They still might be. Aaron Judge and Giancarlo Stanton have all the juice to rock the stout Guardians’ bullpen. New York will run with Gerrit Cole in Game 1 against Cal Quantrill. Advantage, Yankees. New York won five out of six games against Cleveland during the season, and they outscored them 38-14. Expect more of the same in this matchup nightmare of a series. Prediction: Yankees in 4

CBS Sports: X-Factors That Could Decide the LDS

MLB: The Keys to Victory in Each Division Series

End of the Rhule Experiment 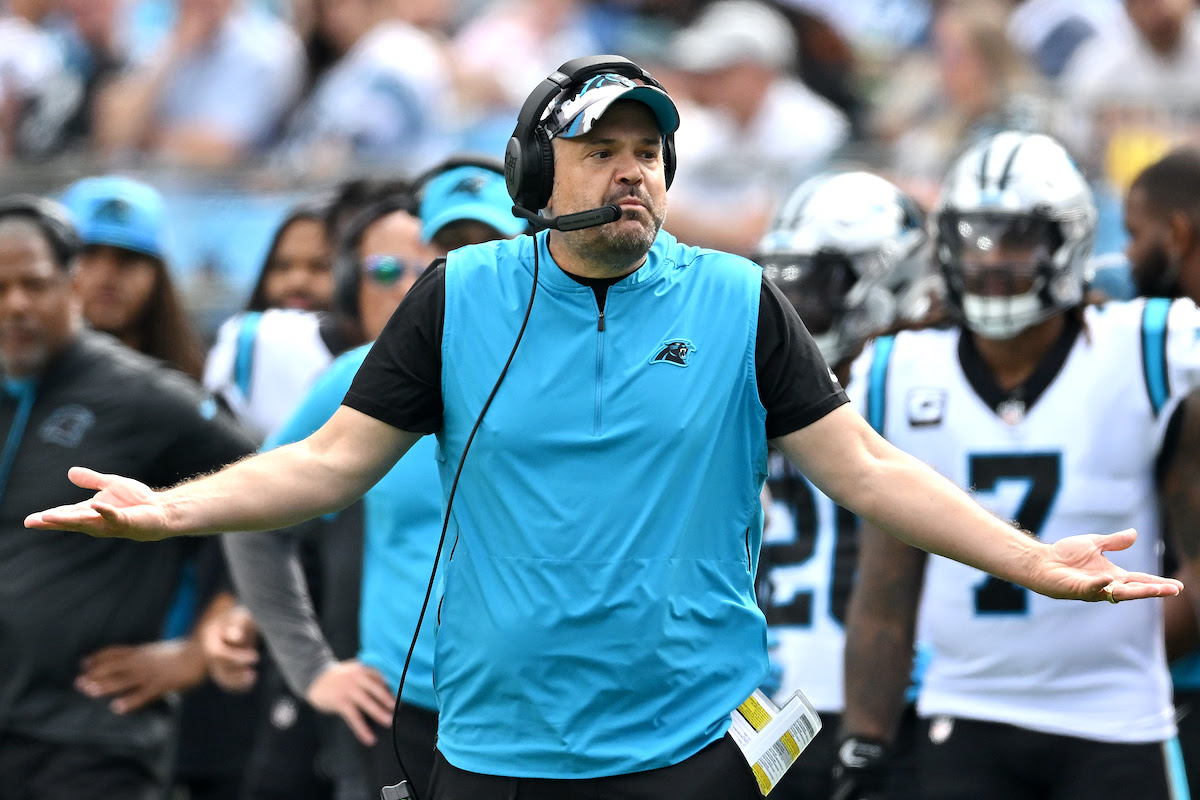 After two-plus seasons and a .289 win percentage (11-27), Matt Rhule is already out in Carolina. The Panthers cut Rhule loose on Monday following a blowout loss to the 49ers (37-15). A 1-4 start to the season put Carolina dead last in the NFC South, and the quarterback carousel continues to be a problem. Rhule was a hot hire back in 2020, and the Carolina brass gave him a seven-year deal worth $62 million. The move came just six months after Panthers owner David Tepper said it could take five to six years to turn the franchise around.

Rhule still has four years left on the seven-year deal he signed in 2020, and he’s owed an additional $40 million. The Panthers failed to find consistency at the quarterback position during his tenure, delivering failed experiments with Cam Newton, Teddy Bridgewater, Sam Darnold, and Baker Mayfield. Mayfield has started all five games this season, but he ranks last (32nd) in total QBR. Carolina is 1-27 under Rhule when allowing 17 points or more, including 25 straight losses.

The Panthers rank 30th in QBR and 29th in points per game. The team also fired defensive coordinator Phil Snow. Steve Wilks has been named the interim head coach.

SI: Matt Rhule Leaves Behind a Giant Mess in Carolina

NFL Teams That Need a Trade

We might only be five weeks into the 2022 NFL season, but it already feels like some teams are desperately in need of a jolt. For some, that spark might come from getting healthy. But for others, it might mean making a move before the Nov. 1 trade deadline. (Bleacher Report)

Before the next three rounds of the Champions League speed by and everyone heads to the World Cup, we’re going to use the midway point as a moment to take a quick step back and look at what’s at stake over the next month of matches. (ESPN+)

Details of the Draymond Punch

Whether verbal or physical, altercations between teammates come with the territory of sports… It’s clear that Golden State Warriors forward Draymond Green crossed that line when he got into a physical altercation with teammate Jordan Poole during practice. (CBS Sports)