Yesterday’s Sports Equinox brought all five major pro sports leagues to the forefront, and it was a blockbuster NFL trade that stole the day. Another equinox is coming on Sunday, and a fully-loaded sports weekend is on the way. Don’t blink or you’ll miss a highlight. If you do, we’ve got your back on Monday. 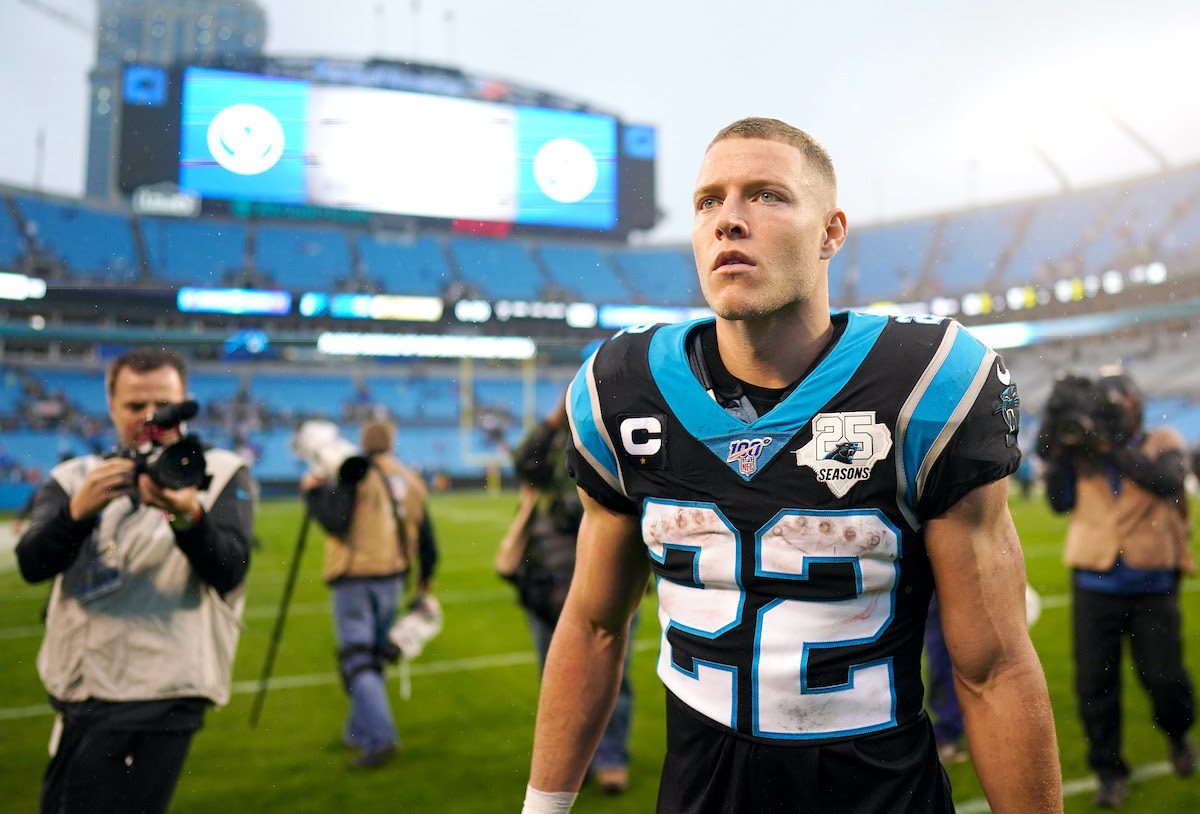 The NFL’s first in-season blockbuster trade shocked the league on Thursday night when the 49ers acquired all-pro RB Christian McCaffrey from the Panthers. Carolina is one week removed from firing head coach Matt Rhule. They’re 1-5, and the firesale has begun. San Francisco gave up four picks for the 26-year-old back, and McCaffrey returns to the Bay where he played college football at Stanford.

CMC has amassed over 7,000 yards from scrimmage since entering the league in 2017, including 3,980 rushing yards and 3,292 receiving yards. He’s also accounted for 50 touchdowns. Paired with 49ers’ dual-threat weapon Deebo Samuel, the Niners now have a dangerous duo of pass-catching backs who can make magic with the ball in their hands.

McCaffrey has missed 23 games in the last two seasons with injuries, and the 49ers made the deal because they, too, have been bitten by the injury bug. High risk, but a high potential reward for San Francisco. The 49ers are hoping this is the move that separates them from the NFC West.

SI: Christian McCaffrey is a Perfect Fit for What the 49ers Do Well 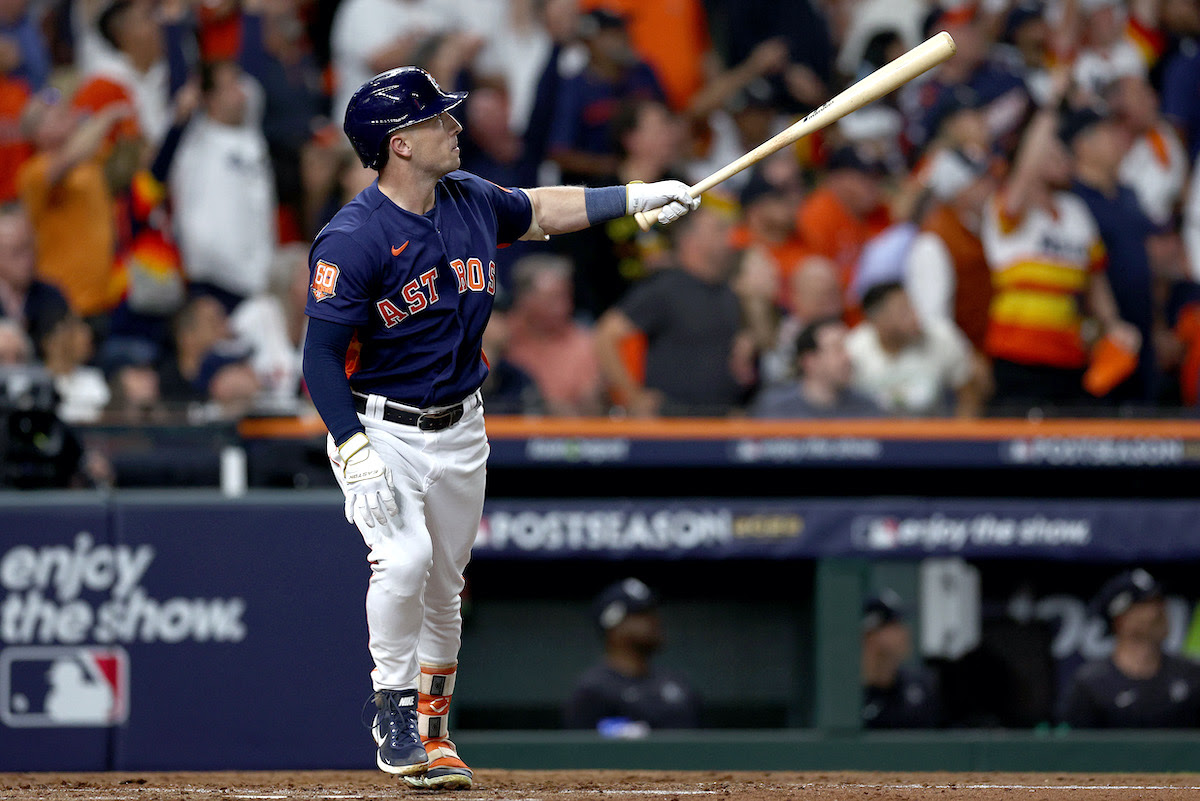 It’s a perfect 5-0 for the Astros so far in the MLB Playoffs. Houston used a three-run blast by Alex Bregman (2-for-4, 1 HR, 3 RBIs) in the 3rd inning and a masterful performance by Framber Valdez on the mound (7 IP, 9 Ks, 4 Hits, 2 Runs) to take a 2-0 series lead in the ALCS. The Yankees fought back with two runs in the 4th, but the Houston closers struck out four of the last six batters to slam the door on a comeback. The Yankees will need to turn the tables in the Bronx as the series heads back to New York for Games 3, 4 and 5.

The Stros Streak: Houston is now 5-0 in the playoffs with all five wins via seven total runs. They’ve won three one-run games and two two-run games, including the 18-inning marathon against the Mariners. The Astros are 9-1 overall since October began. 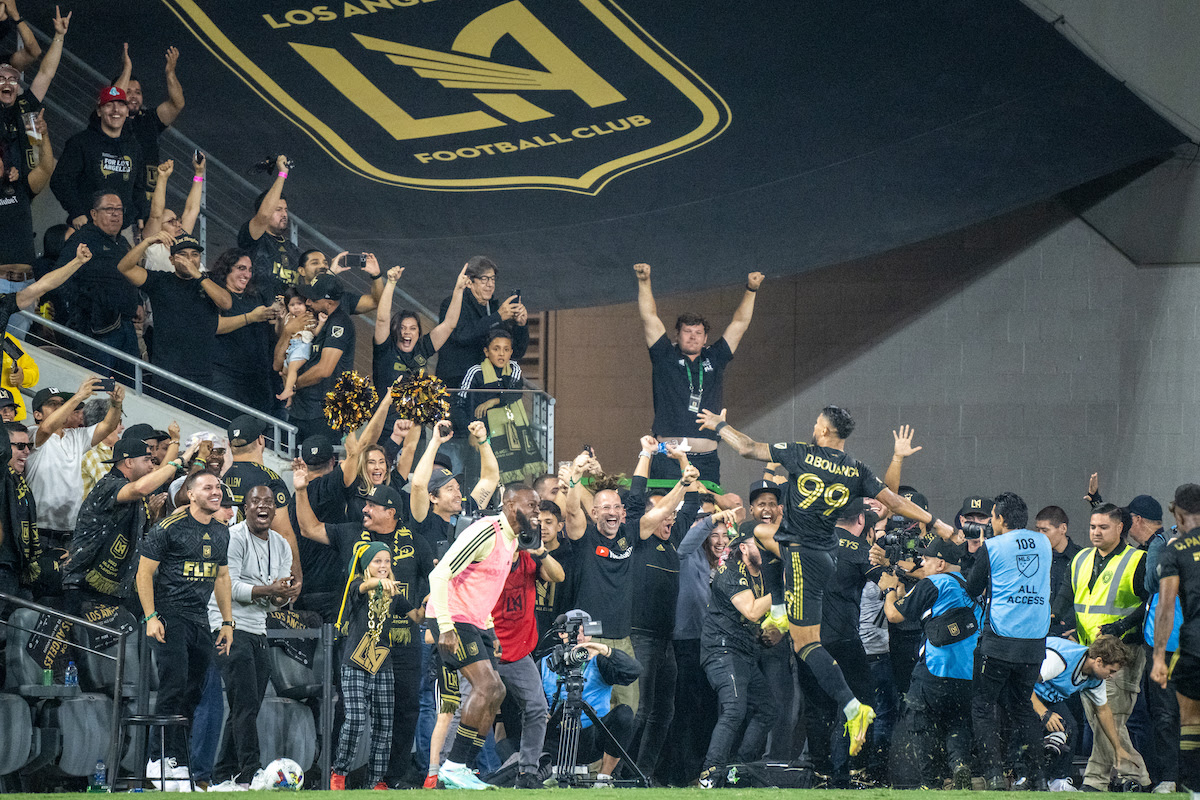 Two of the four conference semifinal matches took the pitch on Thursday night, and both of the top seeds are still kicking. The Philadelphia Union locked down Cincinnati FC (1-0) thanks to Leon Flach’s one-timer. Out west, LAFC and LA Galaxy met in a playoff edition of El Trafico that was one for the ages. LAFC got two goals from Denis Bouanga before Galaxy’s Dejan Jovelijic’s gorgeous equalizer in the 85th minute. A stoppage-time corner kick fell to the foot of Cristian Arango for the LAFC win (3-2). The two 1-seeds are moving on, but the last two spots in the semifinals are up for grabs on Sunday.

The Cardinals got WR DeAndre Hopkins back from a six-game suspension on Thursday Night Football just in time to help Arizona snap a three-game losing skid. Hopkins caught 10 passes for 103 yards, and the Cardinals beat the Saints (42-34) thanks to a pair of pick-sixes on back-to-back possession just before halftime.

The Lakers find themselves in an 0-2 hole to start the year after the Clippers won the first Los Angeles battle of the season on Thursday night (103-97). The Clippers got the win with a balanced effort and no 20-point scorer while the Lakers shot below 25 percent from deep for the second straight game.

Thirty-one points and a near triple-double from James Harden (31-9-8) wasn’t enough to help the 76ers avoid an 0-2 start to the season. Philly fell to the Bucks in Milwaukee’s season opener (90-88) behind a big night from Giannis Antetokounmpo (21-13-8) and a late dagger from Wes Matthews.

Nicholas Robertson scored twice in his season debut for the Maple Leafs, including the overtime winner to hand the Stars their first loss of the season (3-2, OT).

The No. 1 draft pick has lit his first lamp. The Canadiens buried the Coyotes on Thursday (6-2), and Montreal’s top pick Juraj Slafkovsky scored his first career goal in the process.

The NHL’s 2022-23 regular season is officially underway for all 32 teams after the Nashville Predators and San Jose Sharks got a head start with a pair of games in Europe. (B/R)

NFL Week 7 Picks Against the Spread

This week, we’re taking the points against the Cowboys and Dolphins as their starting QBs are expected to return from injury, and we like the Chiefs in a Super Bowl LIV rematch. (The Ringer)