It’s another stacked weekend on the sports calendar with the World Series (Games 1 tonight), MLS and NWSL playoffs, football, basketball, hockey, and more. We’ve got a highlight-heavy Friday edition to launch us into the weekend. But first: Is time finally catching up with Tom Brady? 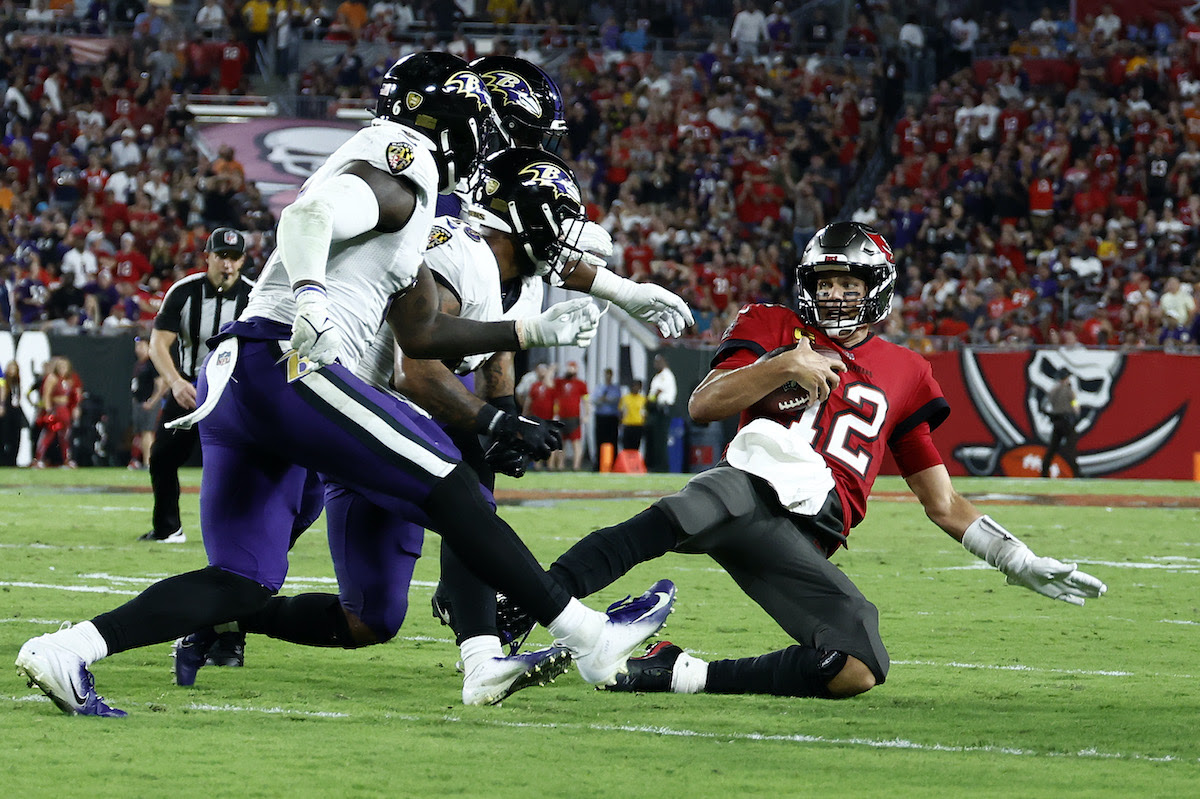 Should’ve stayed retired? Let the debates begin. Tom Brady and the Bucs are officially in a catastrophic backslide, and Thursday night in Baltimore firmly pushed the panic button. The Bucs led 10-3 in the third quarter before Ravens QB Lamar Jackson tossed two touchdowns to give the Ravens a 17-10 advantage. The Baltimore run game took over and buried the Bucs in the fourth quarter. Brady added a late touchdown, but it was too little too late. The Ravens had five different ballcarriers combine for 231 yards and a touchdown on 33 carries, including 170 from Gus Edwards (65), Kenyan Drake (62) and Jackson (43). Tampa had just 44 yards on the ground. And for the first time in what feels like an eternity, Tom Brady appears to be aging and growing frustrated. Is time almost up?

Fun Fact: Brady went 302 games without a three-game losing streak dating back to 2002. The second-longest such streak was 155 games (Joe Montana).

Ravens Record Recap: Baltimore (5-3) may not have the scariest record in the AFC, but they boast five quality wins while all three losses have come by an average of just 3.7 points per loss (11 points total).

Bucs ‘Bout to Blow Up: After a Super Bowl and an unretirement from Brady, the Bucs are closing in on the inevitable blow-up point for the roster. Brady is 44 and Tampa Bay doesn’t have the cap space to sustain its current roster moving forward. 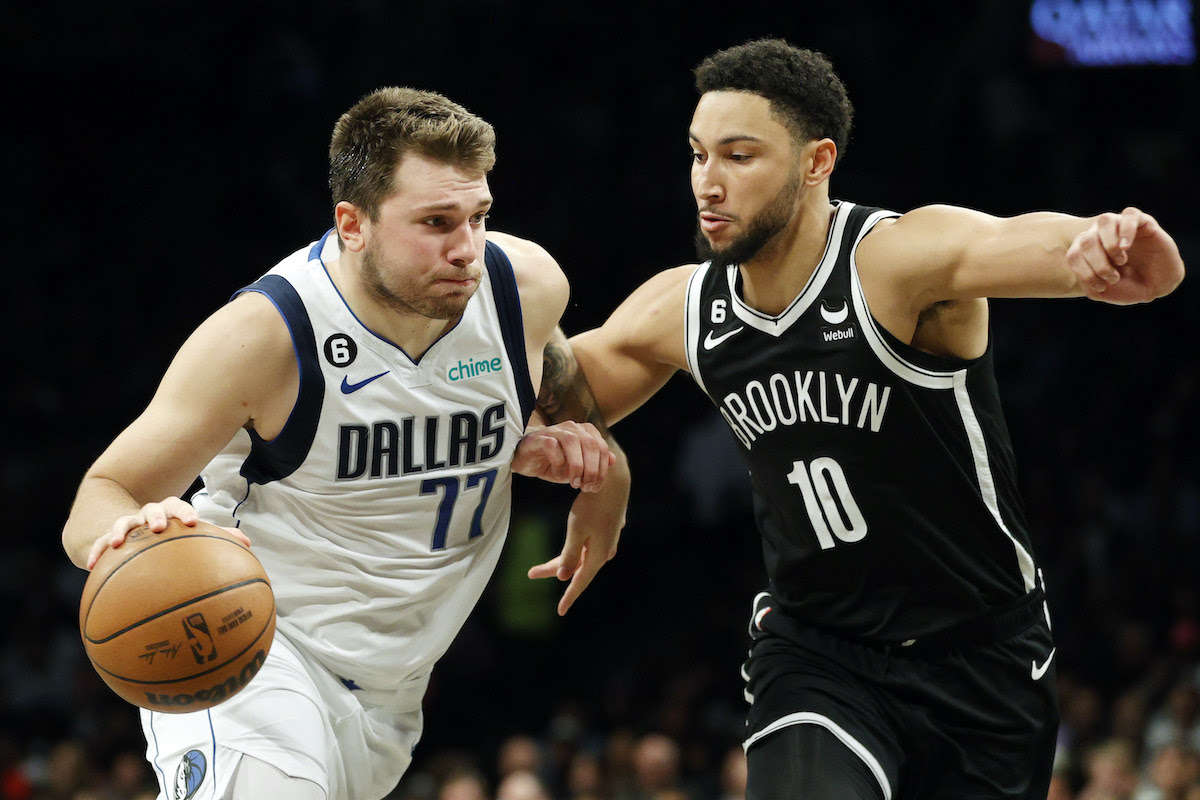 The early-season woes continued last night in Brooklyn as the Nets dropped their third straight to a scorching-hot Luka Doncic and the Mavs (129-125, OT). Doncic poured in 41 points, 14 rebounds, 11 assists and three steals in a game where Kevin Durant (37) and Kyrie Irving (39) needed 76 points just to force overtime. Doncic shot 50 percent from the floor — so did his team — and the Mavs were 20-for-40 (50 percent) from 3-point range. The Mavs are just 2-2 to open the year, but Luka has scored 30-plus in all four games (averaging 34.7 ppg) while shooting 50 percent on the season. Thursday marked his first triple-double of the season, but it won’t be his last.

The Clipper-Coaster Continues: Without Kawhi Leonard, the Clippers’ early-season struggles continued last night with a loss to the Thunder (118-110) in a game where L.A. overcame a double-digit deficit to take a double-digit lead, then fall behind by double digits once more. Both teams are now 2-3. 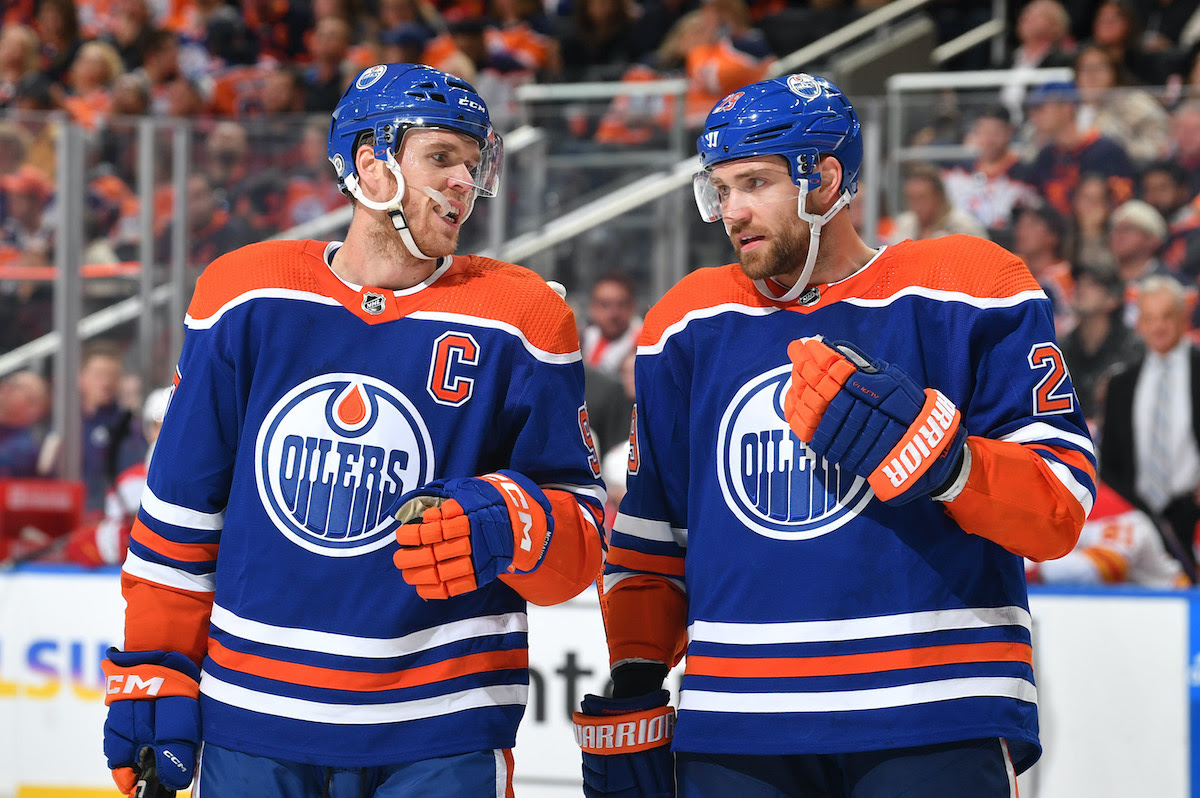 That’s two hat tricks in eight games for Connor McDavid, but it was Leon Draisaitl’s late goal that made the difference last night for the Oilers against the Blackhawks (6-5). Draisaitl tallied the game-winner with 38 seconds left in the third period to lift Edmonton to their third straight win. It was also McDavid’s 12th career hatty. Both McDavid and Draisaitl are tied for the NHL lead in goals (15). The Oilers’ dominant duo is back at it again in 2022.

Marchand Shines in Debut: Brad Marchand made his season debut for the Bruins and recorded two goals and an assists in a 5-1 beatdown of the Red Wings.

Hart Makes 48 Saves for Flyers: Philadelphia’s hot start continued with a lockdown performance from Carter Hart in net (48 saves) en route to a 4-3 win over the Panthers. The Flyers are now 5-2.

Boudreau Gets 600th Win: The Canucks claimed their first win of the season after an 0-5-1 start by beating the Kraken in a thriller (5-4), and head coach Bruce Boudreau hit the 600-win milestone.

Week 8 of the NFL season begins with a high-profile Thursday night matchup between two very different former MVP quarterbacks. It’s a perfect way to start off an important week, with the trade deadline looming and teams considering their future. (FOX Sports)

Will a pitcher throw the game of his life…and lose? Will J.T. Realmuto break yet another postseason record? Here are some bold predictions for the 2022 World Series, from an onslaught of home runs to a Framber Valdez complete game. (CBS Sports)

This Week in Golf

Rory McIlroy is back on top of the PGA Tour. LIV Golf’s season-ending $50 million tournament tees off with high stakes. And the LPGA returns to Japan. Who said October didn’t have must-see golf? (ESPN)

It’s time to get things started in the World Series! Both MLS (semifinals) and NWSL (finals) keep the postseason action rolling, and football, basketball and hockey are in full regular-season mode. It’s the last weekend of a sports-filled October. Enjoy!