Week 4: What We Learned

A busy football weekend ignited October. Three more MLB teams clinched postseason spots, and only three days remain in the regular season before we launch ourselves into MLB Playoff mode. But we’ll start as we do most Mondays with the NFL rewind.

Week 4: What We Learned 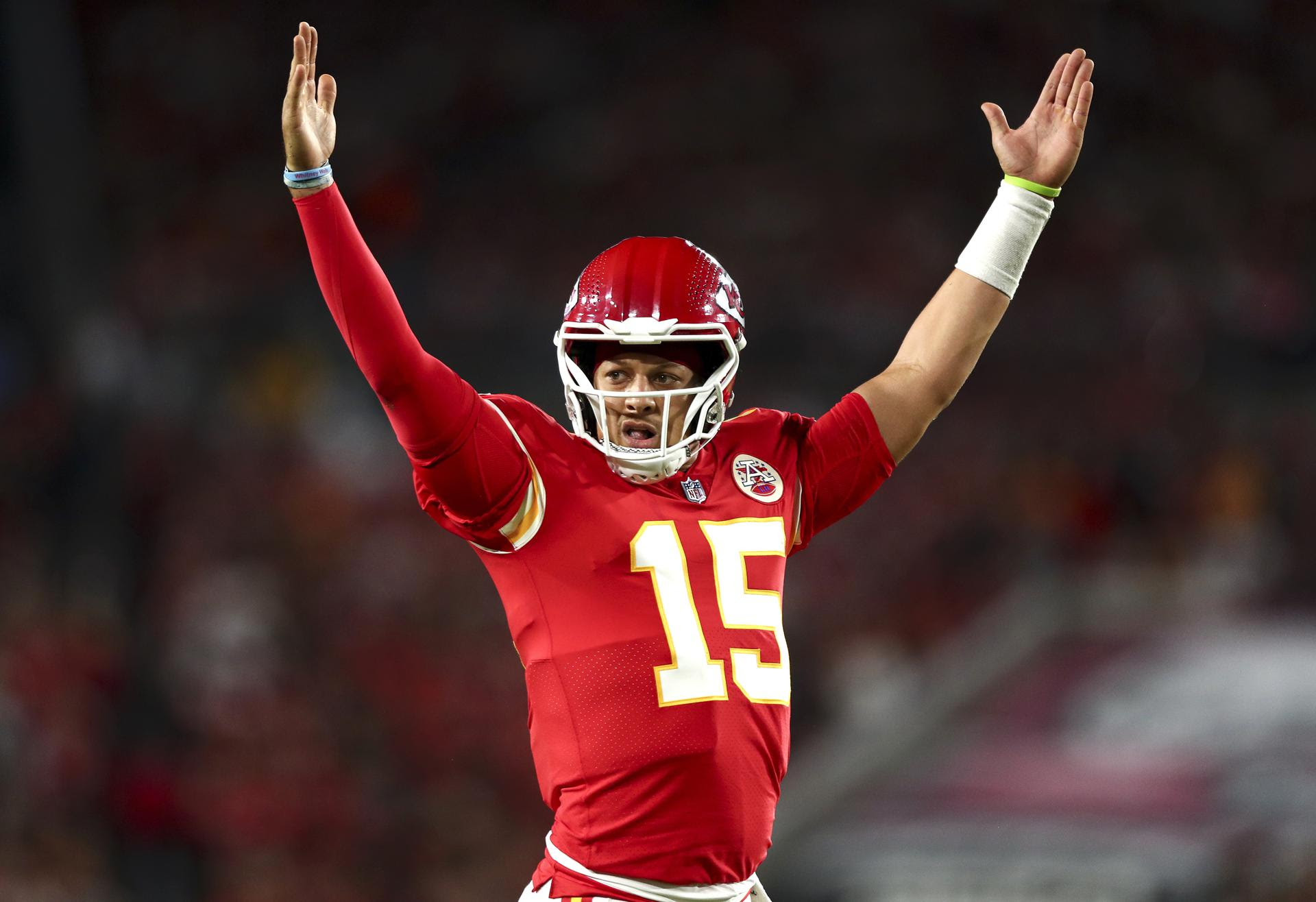 Another Sunday in the NFL gives us more of a sample size to make judgment calls about who’s who in the 2022 season. The Eagles and Bills gutted out double-digit comebacks while the Chiefs and Seahawks lit up the scoreboard. There’s a quarterback controversy in Pittsburgh. And to top things off, the NFL’s first game of the year in London ended with a wild double-doink field goal miss. Here’s everything that was something in Week 4 of the NFL:

Chiefs Overpower Bucs: The Sunday Night Football battle between the Chiefs and Bucs brought football fans a rematch of Super Bowl LV. This time around, Patrick Mahomes wasted no time putting points on the board as Kansas City took an early 21-3 lead. Tom Brady and Tampa Bay made it a game, but the Chiefs (3-1) held on for a double-digit win (41-31). Mahomes and Brady threw 3 TDs each. And even without Tyreek Hill, Mahomes is still elite.

Eagles Rally in the Rain: The Eagles-Jaguars showdown brought Doug Pederson back to Philly where he helped the Eagles win Super Bowl LIV. The Jags jumped out to a 14-0 lead, but Philly’s 29 unanswered flipped the script. The Eagles went on to win (29-21) thanks to 210 rushing yards and 4 rushing TDs. RB Miles Sanders went for 134 and 2 TDs. The Eagles are the only undefeated team at 4-0. And they’ve now shown they can gut out wins from behind.

It’s Pickett Time in Pittsburgh: After a rough start against the Jets, Steelers’ QB Mitch Trubisky was benched for the first time this season in favor of rookie QB Kenny Pickett. Pickett went 10-for-13 with 120 yards and 3 INTs, but he ran for two touchdowns and showed flashes of solid play. The Jets won the game (24-20) thanks to an interception on the final drive. Pittsburgh head coach Mike Tomlin now has a quarterback decision to make for Week 5.

Bills Come Back to Beat Ravens: The Ravens jumped on the Bills early on Sunday with a 20-3 in the first half, but a 20-0 run by Buffalo stole one in Baltimore. Bills QB Josh Allen struggled (19/36, 213 yards, 1 TD, 1 INT), but he dashed for 70 yards and a touchdown. The Ravens had four possessions in the second half that resulted in two punts and two interceptions. Buffalo (3-1) avoided dropping two in a row.

B/R: Hot Takes After Week 4 in the NFL

NFL: Week 4: What We Learned From Sunday’s Games 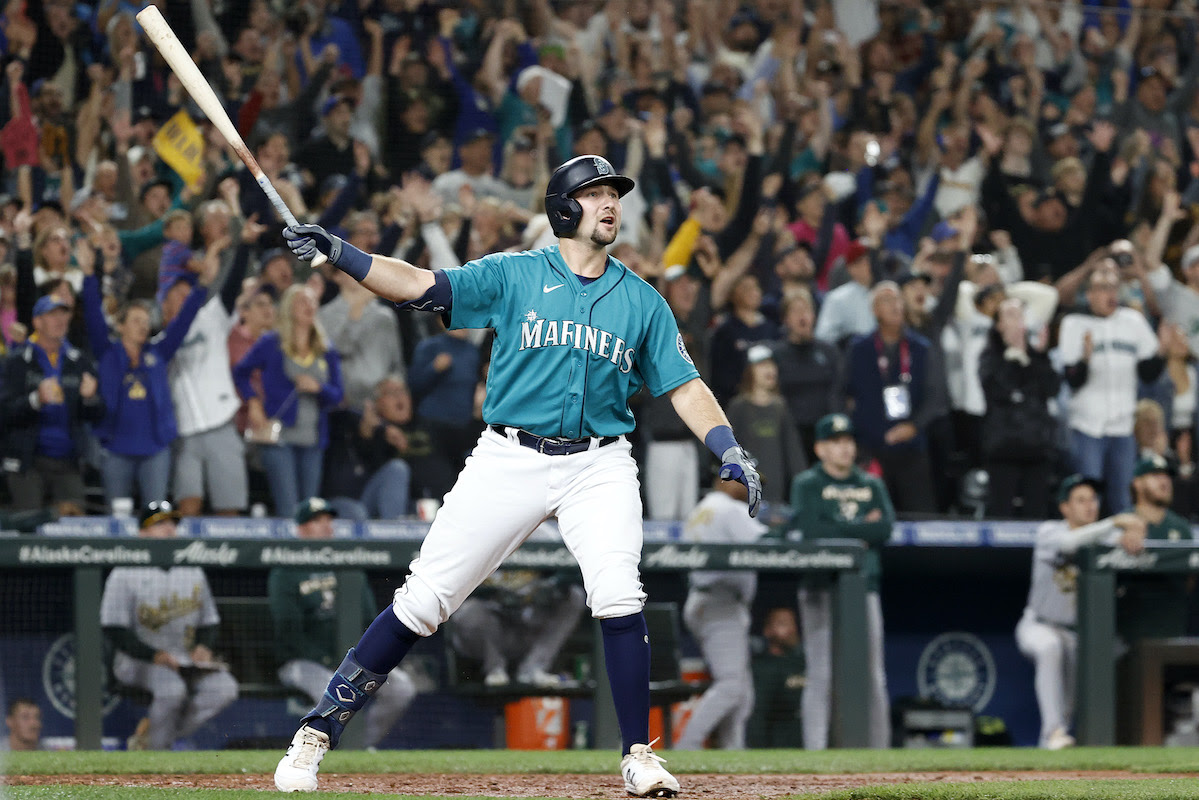 A fun weekend of pre-postseason (yes, that’s right) baseball hit the diamond over the weekend with a few times in do-or-die mode. Three teams clinched, adding to the eight teams already in prior to the weekend. The Rays and Padres added their names to the postseason list, but the Mariners clinched in the most dramatic way possible. With two outs and a full count in the bottom of the 9th inning, Mariners catcher Cal Raleigh smashed a walk-off homer to put Seattle in the playoffs. Raleigh’s blast effectively ended a 21-year drought — the longest active streak in all four American professional sports.

That means 11 of the 12 postseason spots are locked up, and the only remaining National League Wild Card comes down to the Phillies and Brewers. The American League is wrapped up, but there’s still room for movement between the Wild Card teams. The NL East is the only division title still up for grabs between the Braves and Mets. Here’s a look at the playoff picture with three days left in the regular season.

Pujols Hits 702: Albert Pujols gave the Cardinals faithful a fitting moment on Sunday with his 702nd home run in his final regular-season home game. The Cards fell to the Pirates (7-5).

Teoscar Takes 2: The Blue Jays punched their playoff ticket late last week, but Teoscar Hernandez wasn’t waiting for October. The Toronto outfielder went 3-for-4 with two homers in the Jays’ win over the Red Sox (6-3).

Wheeler’s Gem Fuels Phillies: Zack Wheeler tossed seven strikeouts in a scoreless five innings to lead the Phillies over the Nationals on Sunday (8-1), effectively cutting Philly’s magic number to just one. That means one Philadelphia win or one Milwaukee loss this week puts the Phillies in the playoffs.

‘Bama Back On Top 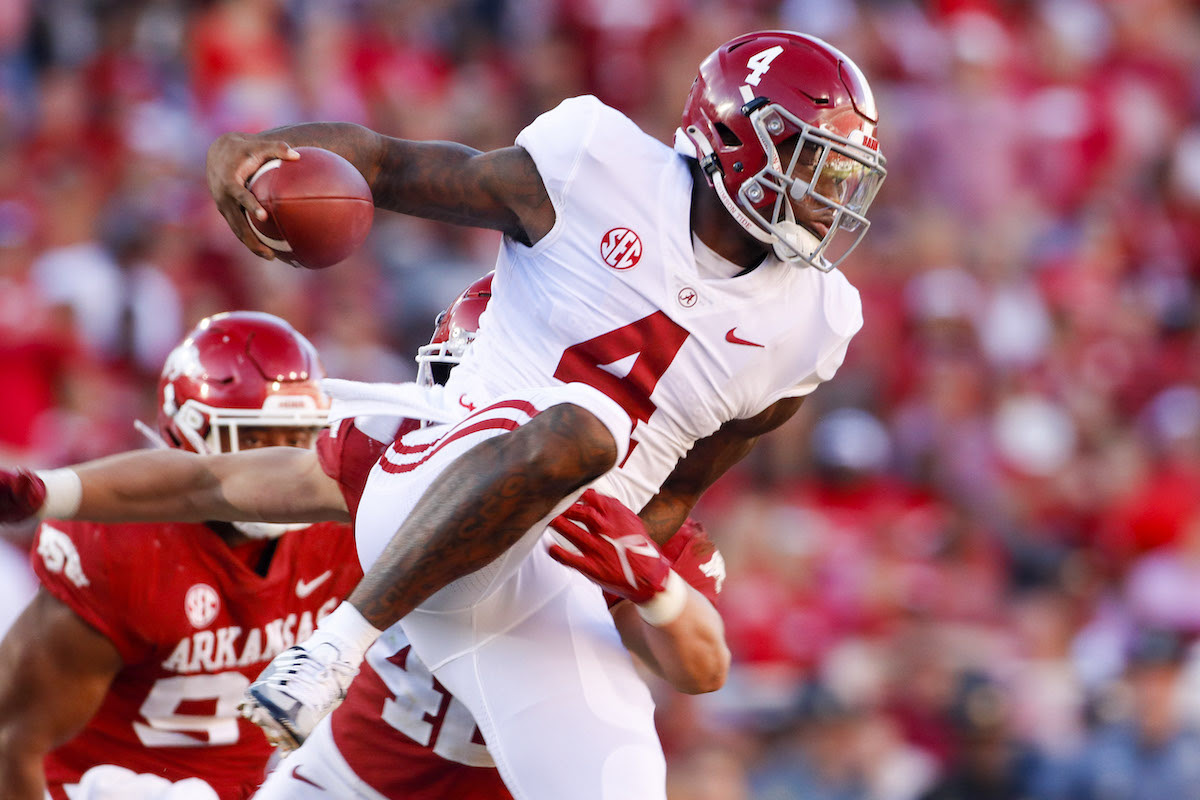 The final weekend of college football in September brought more drama to the CFB hierarchy. Georgia needed a fourth-quarter to survive an upset scare against Missouri. Kentucky suffered its first loss in a close game with Ole Miss. And five teams ranked 17-25 fell to deliver a reboot in the back of the next AP Poll. Here’s what we went down in Week 5:

The Manchester Derby was a one-sided affair on Sunday in the Premier League. The clash between Manchester City and Manchester United featured two hat tricks for City’s Erling Haaland and Phil Foden en route to a 6-3 drumming.

Chase Elliot took the lead with two laps to go and held on to win Sunday at Talladega to advance to the Round of 8 in the NASCAR Cup Series Playoffs. He out-battled Ryan Blaney down the stretch to get the win. Four drivers in the Round of 12 will be eliminated next weekend.