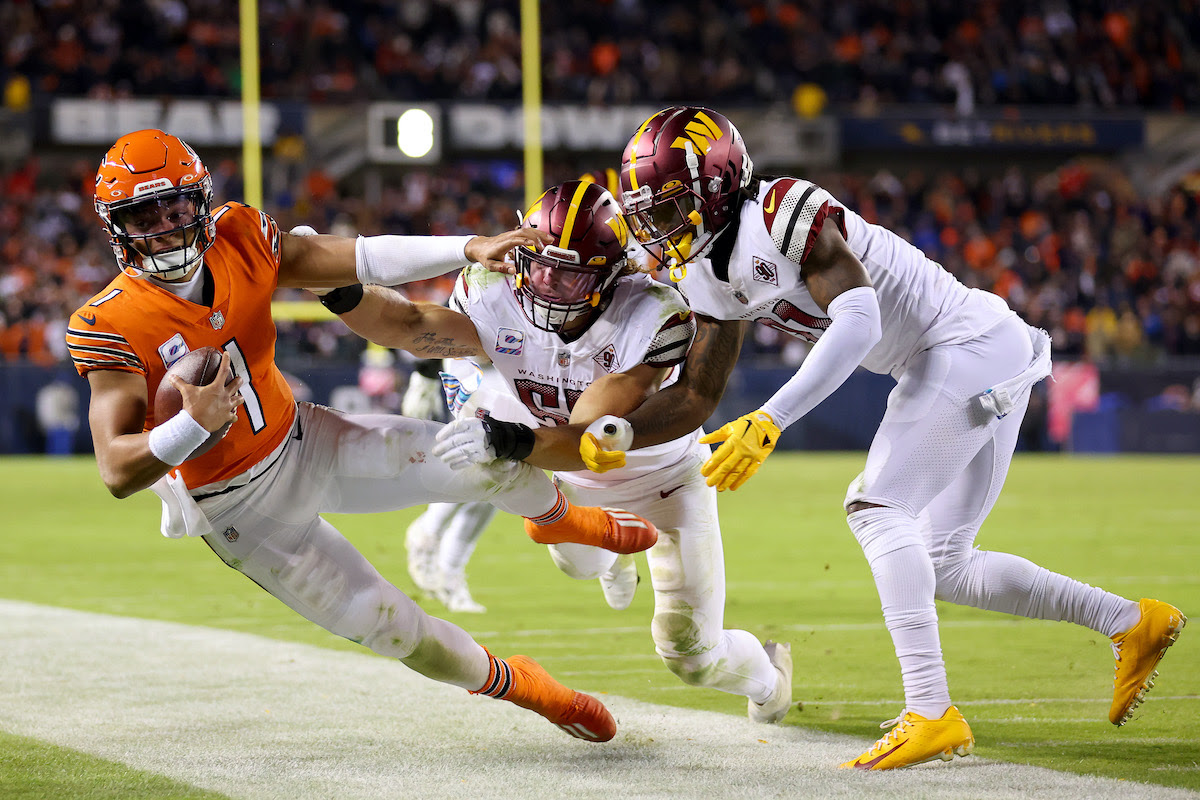 There was football played between the Commanders and Bears last night (if you can call it that), but it was another low-scoring, ugly Thursday Night Football affair for the second straight week. To top it off, it was overshadowed by an off-the-field storyline that appears to be the norm for the Washington Commanders and owner Dan Snyder. After numerous failures and organizational investigations in recent years, Snyder was quoted on Thursday saying he had “dirt” on other team owners and could “blow up” the league. The NFL’s most dysfunctional franchise can’t seem to just play football.

The Game: On the field, after the dust settled with the Snyder drama, it was another Thursday night slugfest between two struggling teams. The Commanders held off the Bears (12-7) thanks to a pair of goal line stands in a game where both offenses looked abysmal. QB Justin Fields and Chicago failed to convert on 4th-and-goal twice, including a wild final play where WR Darnell Mooney’s catch was ruled short with seconds left in the fourth quarter. Meanwhile, Carson Wentz didn’t crack 100 yards passing, and won. Head coach Ron Rivera stormed out of the postgame press conference, and Washington ownership is still the laughing stock of the NFL. Who’s in command of the Commanders, anyway?

Both teams are now 2-4, but Thursday Night Football is 0-2 in October.

Yahoo! Sports: Dan Snyder Claims to Have ‘Dirt’ That Could ‘Blow Up’ NFL 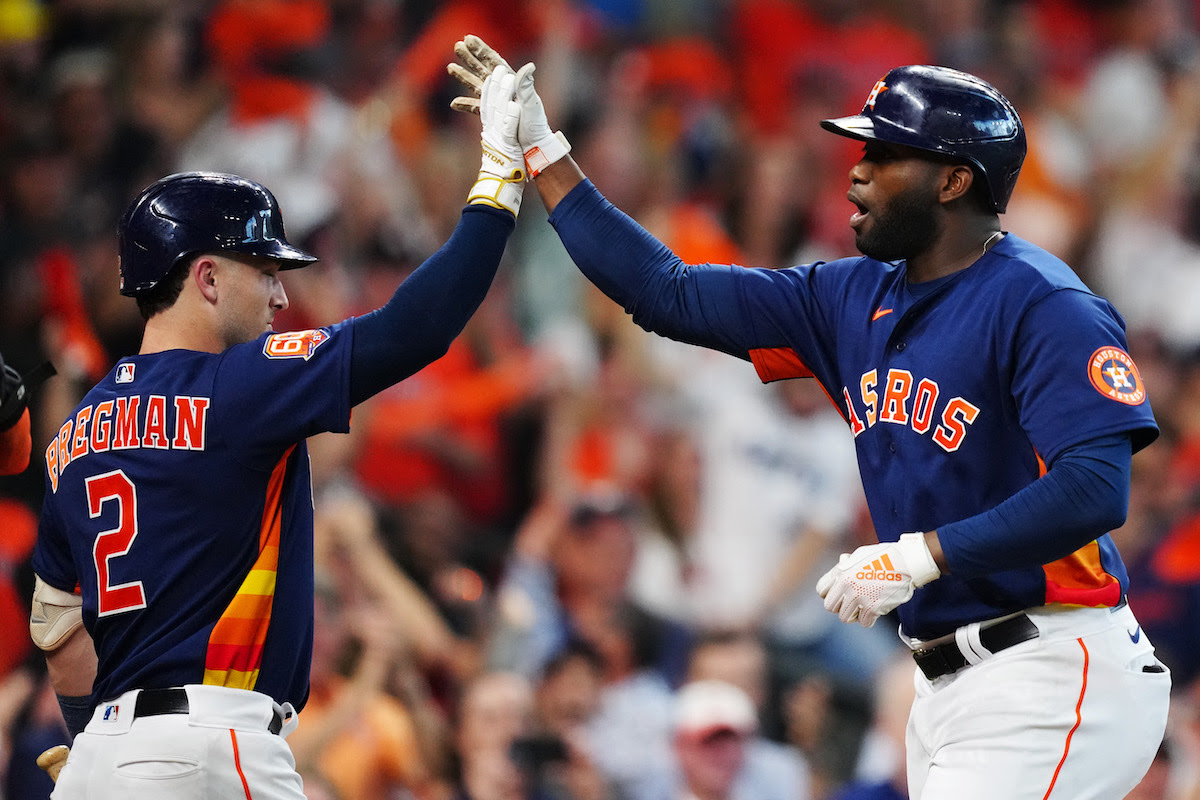 Two ALDS games were slated for Thursday, but the weather in New York led officials to postpone Game 2 to Friday. That meant the Astros and Mariners took the spotlight, and Yordan Alvarez had something to say once more. For the second straight game, the Mariners led in Houston late in the game before another Alvarez home run flipped the scoreboard in the sixth. Seattle led 2-1 before Alvarez smashed a two-run shot off Luis Castillo to give Houston a lead they wouldn’t relinquish. They went on to win, 4-2. The Game 1 hero with a ninth-inning walk-off, Alvarez is now 4-for-9 with two home runs and seven RBIs in the series. The Astros tacked on one more in the eighth to take a 2-0 series lead heading back to Seattle.

Fun Fact: Yordan Alvarez became the first player in MLB postseason history to hit multiple go-ahead homers in the sixth inning or later when his team was trailing. And he just did it in back-to-back games.

Editor’s Note: Game 2 between the Yankees and Guardians was postponed to Friday due to weather.

NHL: Rangers on a Roll

More games from NHL opening week have been heating up the ice, but it’s the Rangers (2-0) with a 7-3 win over the Wild who are off to a scorching hot start. Artemi Panarin had a goal and three assists while Igor Shesterkin (33 saves) remains a brick wall in the net.

And the scoreboard operator finally rests. Central Florida put up 70 points on Temple last night thanks to a touchdown party from QB John Rhys Plumlee (410 yards, 7 TDs). UCF racked up 737 total yards in a 70-13 win.

Golf is being played in Japan this weekend as the Zozo Championship is fully into Round 2. Scorecards are shifting due to the time change, but Rickie Fowler (-10) leads the field at the time of today’s publication.