Did you like that, baseball fans? Wild Card Weekend featured a 15th-inning walk-off homer, a one-hitter in a winner-take-all game, and two franchises who hadn’t been to the postseason in over a decade advancing to the Divisional Series. Eight teams are left. We have football, too. Weekend rewind on the way… 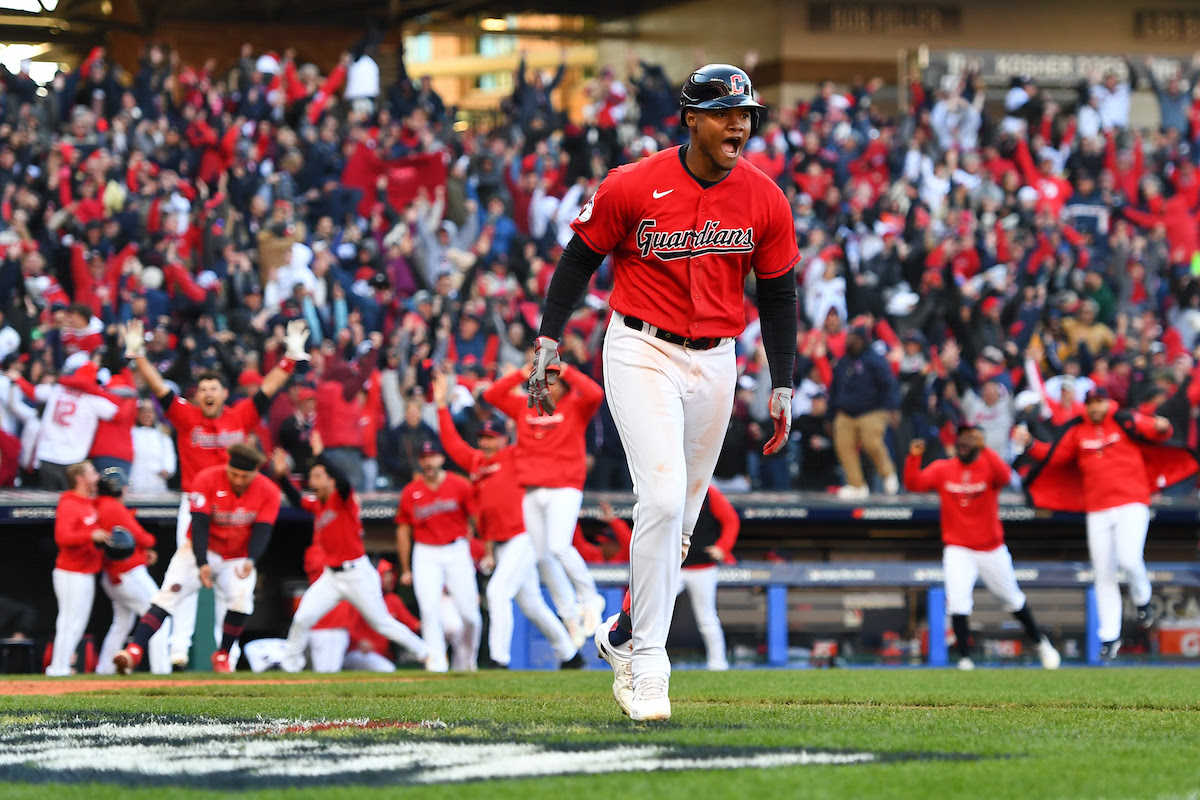 The MLB’s best-of-three Wild Card weekend saw three series sweeps and just one Game 3 on Sunday, but it was an action-packed playoff-opening weekend across the board. And now, only eight teams remain. The Guardians and Mariners (AL) won close games to sweep the Rays and Blue Jays, respectively. Cleveland needed a 15-inning thriller to oust the Rays in Game 2. In the National League, the Phillies sent the Cardinals packing in two gritty games before the Padres and Mets went to Game 3 where Joe Musgrove delivered the knockout punch. Despite 101 wins and a spectacular 2022 campaign, the New York Mets are already out.

Here’s how each series played out over the weekend:

Cleveland and Tampa Bay had the lowest-scoring battle in Wild Card weekend. A combined four runs in two games didn’t exactly light up the scoreboard, but the Guardians found a way. In Game 1, it was a decisive solo blast from Jose Ramirez that supported a gem from Shane Beiber (2-1). In Game 2, both defenses clamped up to produce a scoreless tie through 15 innings until Oscar Gonzales crushed a walk-off homer (1-0). Cleveland returns to the ALDS for the first time since 2018. They’ll face the Yankees on Tuesday.

The longest playoff drought in American professional sports came to an end when the Mariners secured their spot in the postseason, and now they’re moving on. Seattle blanked Toronto in Game 1 on Friday (4-0). In Game 2, the Mariners came back from a seven-run deficit to tie the game in the 8th inning (9-9) before winning it in the 9th on an Adam Frazier RBI double (10-9). It was the second largest comeback in MLB Playoff history, and it sets the stage for Mariners-Astros in the ALDS.

The Phillies returned to the postseason for the first time since 2011, and they made the most of it. St. Louis held a 2-0 lead in Game 1 before Philadelphia tallied a six-run 9th inning to take control of the series (6-3). In Game 2, Aaron Nola tossed 6.2 innings of shutout ball while a Bryce Harper home run sent Philly back to the NLDS (2-0). They’ll face the Braves in an NL East showdown.

The story of the Padres in 2022 has been a rollercoaster after signing Juan Soto but losing Fernando Tatis Jr. for violating the league’s substance abuse policy. Nevertheless, San Diego reached the playoffs to face the Mets. The Padres rocked Max Scherzer in Game 1 (7-1) before New York turned to Jacob deGrom for a Game 2 equalizer (7-3). In a decisive Game 3, Padres’ ace Joe Musgrove was absolutely masterful. He gave up one hit and zero runs in seven innings while the Friars added six runs of support (6-0) to send the Mets packing early after a memorable 101-win season. It’s Padres-Dodgers in the NLDS.

CBS Sports: How Last 8 Teams Remaining in 2022 Playoffs Stack Up Ahead of LDS 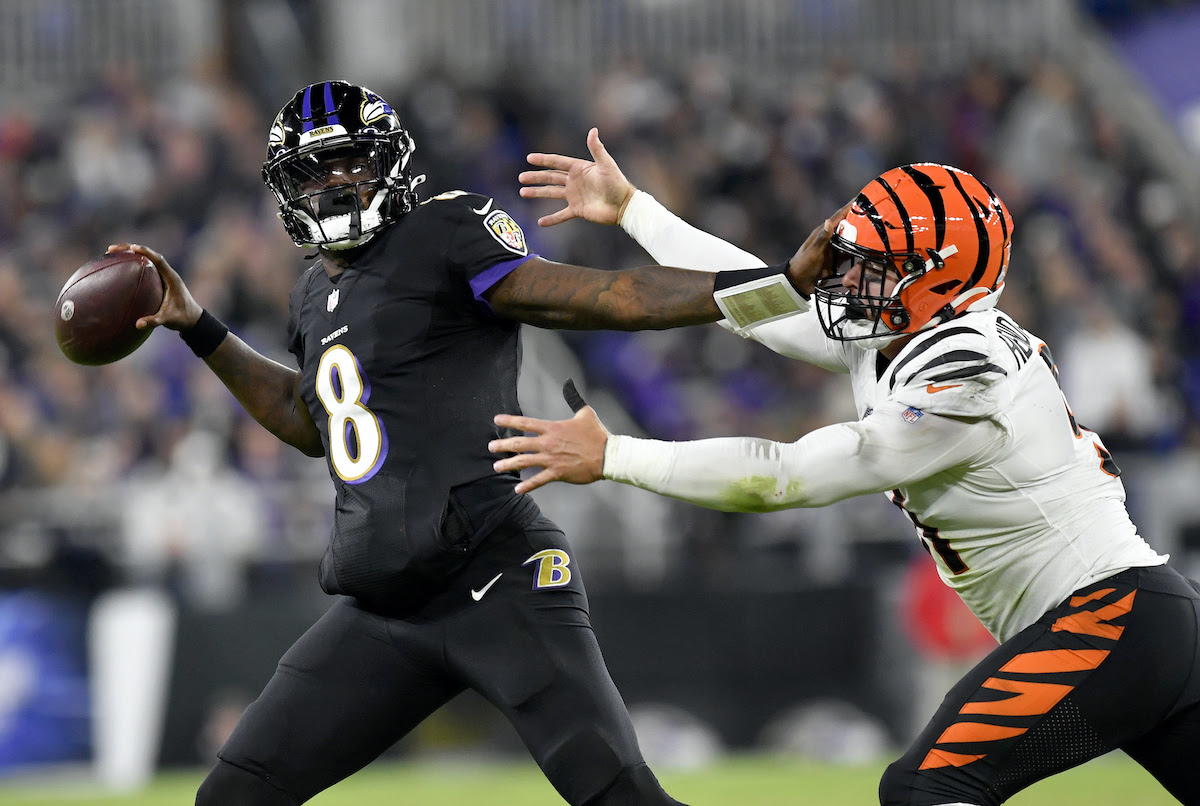 Week 5 in the NFL reiterated a few things we already knew. The NFC East is next-level good and the AFC is cannibalizing itself. Here are a few notes from Sunday as well as the top performers and scores in Week 5.

The NFC Beasts: The Eagles (5-0), Cowboys (4-1) and Giants (4-1) were all winners again on Sunday. The Giants used a late comeback to beat the Packers in London before the Eagles and Cowboys knocked off NFC West opponents. After years of mediocrity, the NFC East is hands-down the best division through five weeks.

The AFC War of Attrition: Week 5 featured a lot of intra-divisional matchups, and while the NFC’s top teams separated themselves, the AFC just got muddy. The Texans got their first win of the season. The Jets flew past the Dolphins. Two AFC teams are on their third-string QBs. And every game in the AFC North is a toss-up.

Play of the Week

AP Poll: A Twist at the Top 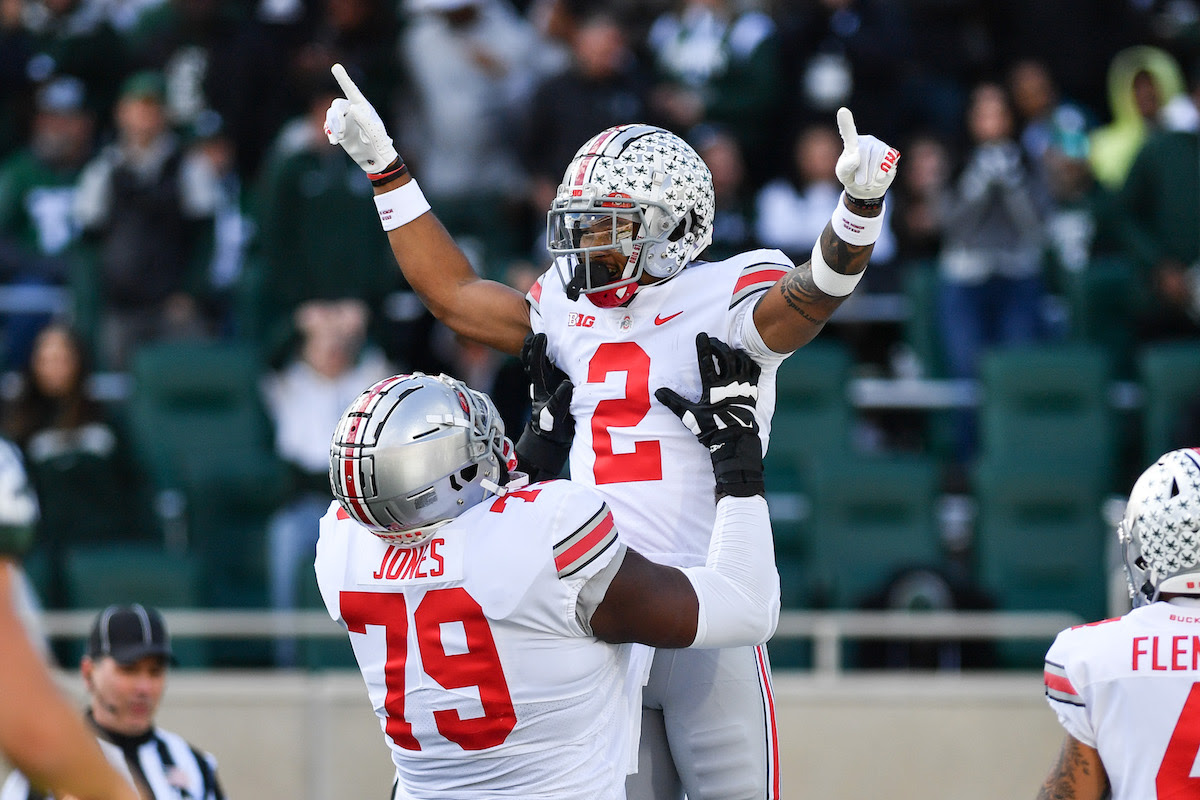 All Top-10 Teams Win, But 1-2-3 Get Shuffled After Another Alabama Escape

We’re nearing the halfway point of the college football season and the playoff picture is still anyone’s guess. Every top-10 team won again on Saturday, which should mean the rankings look the same, right? Guess again. Teams 1-8 got a shakeup despite all being winners. Namely, the top-3 teams shuffled to bring another surprise. Alabama’s narrow win over Texas A&M caused them to drop two spots while Georgia retook the top spot once again. Ohio State — now No. 2 — dominated their fifth straight game by 25-or-more points. Clemson and Michigan swapped spots at #4 and #5, and a handful of teams in the teens got upset to create chaos at the back of the top-25. As for the playoff picture, 13 teams still look like legitimate playoff contenders. This could be the toughest CFB Playoff yet.

Christopher Bell stole the checkered flag at the Charlotte Roval course on Sunday and punched his ticket to the Round of 8 after winning an overtime restart full of chaos. Bell (4th) sits behind Chase Elliot (1st), Joey Logano (2nd) and Ross Chastain (3rd) in the Round of 8 standings. (Round of 8 Standings)

Max Verstappen captured his second Formula 1 title on Sunday in the Japanese Grand Prix with a runaway win. The Dutch driver secured the championship crown with his 12th win in 18 races this season. He holds a 113-point lead in the standings with four races left, but the title is already locked.

30-year-old Emily Sisson finished second in Sunday’s Chicago Marathon, but she set the American women’s record by 43 seconds (2:18:29). Kenyan runner Ruth Chepngetich won the race, but she was just 14 seconds shy of the world record (2:14:18).