A Tale of Two Cities

Last night was a tale of two cities in primetime. Philadelphia and Houston went head-to-head for the World Series and Thursday Night Football. The towns split the night, so everyone’s a winner (and a loser), right?

Astros On the Brink 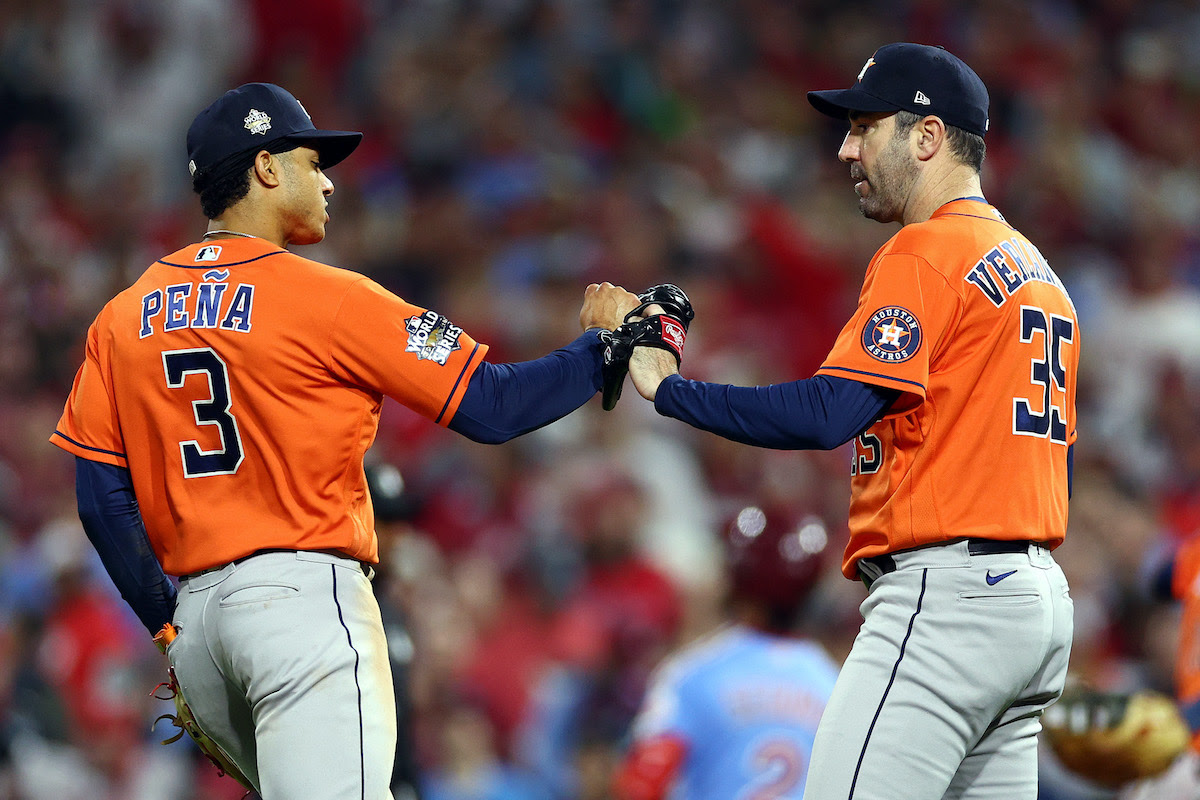 Houston, we have a Peña. The Astros flipped the momentum in the World Series with a Game 4 no-hitter, but Game 5 was won with a combination of rookie Jeremy Peña’s bat and Justin Verlander’s gem. Verlander and Phillies ace Noah Syndergaard were locked in a pitching duel that led to a 1-1 game until Peña’s 4th-inning home run. Houston added another run in the 8th inning, and the Astros’ defense came up clutch every time the Phillies threatened.

In the 9th inning, Chas McCormick made an incredible catch at the wall to rob J.T. Realmuto of an extra-base hit. Closer Ryan Pressly walked Bryce Harper before getting Nick Castellanos to ground out and end the game.

Verlander Gets 1st WS Win: The elusive World Series win finally came for Verlander in Game 5. Previously, he was 0-6 in eight World Series starts with a 6.07 ERA. He watched Kyle Schwarber smash a home run in the 1st inning before settling in and relying on the slider.

How Pitching Flipped the Fall Classic

The Astros trailed in the series (2-1) before dominant pitching in Games 4 and 5. Houston gave up just six hits and two runs in the last two games to retake the advantage in the Fall Classic (3-2). Games 6 and 7 are back at home. 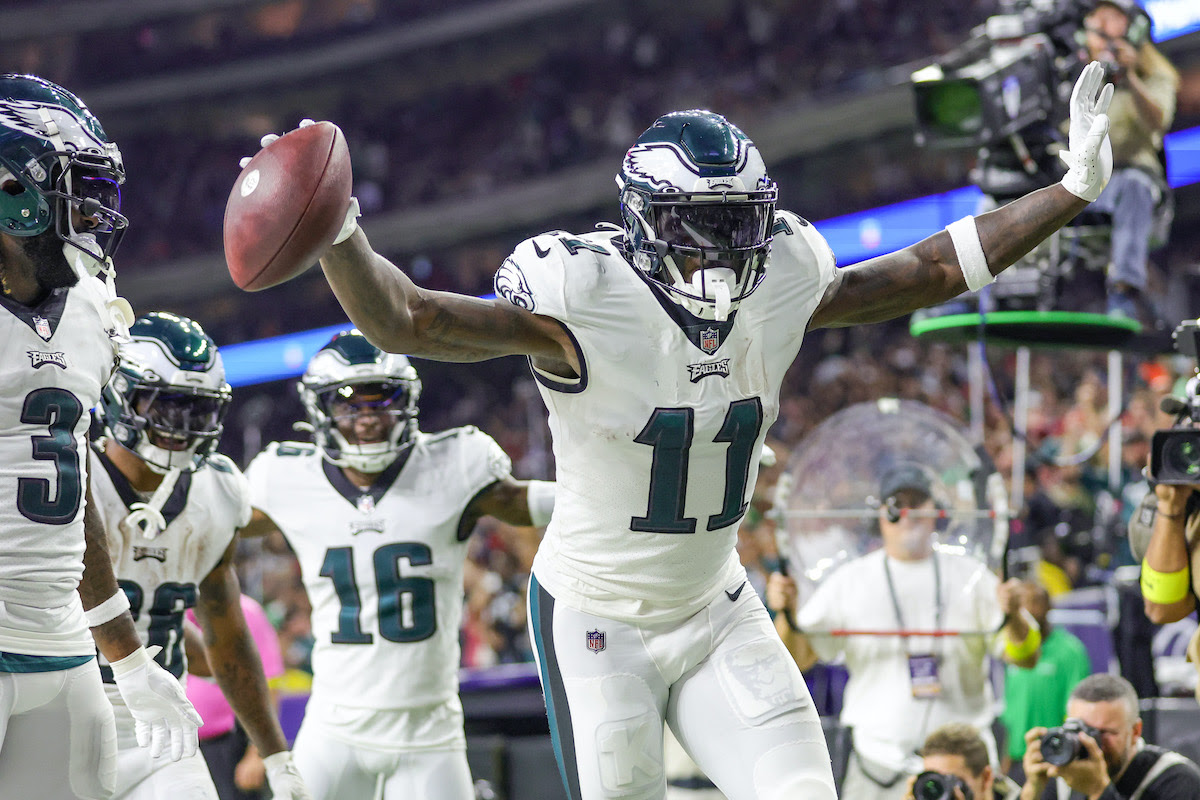 Another one for the birds! The Eagles stayed perfect on Thursday Night Football despite an early scare from the lowly Texans. Houston marched down the field and scored on the opening drive before hanging with the Eagles through the first half (14-14). But the birds clamped down in the second half, scoring two touchdowns and intercepting Texans QB Davis Mills twice. Jalen Hurts was sensational once again for Philly. He completed 77 percent of his passes and threw for two touchdowns while the Eagles racked up 143 yards on the ground, including 23 from Hurts and 93 from RB Miles Sanders. The Texans gave it their all at home in primetime, but the league’s top team was just too tough.

Philly 8-0 Fun Facts: The Eagles are the first team with a positive turnover differential in each of their first eight games since the 1972 Steelers. They’re the 21st team in NFL history to start a season 8-0, and it’s the first 8-0 start in franchise history.

NFL: What We Learned From Eagles Win Over Texans on Thursday Night Football 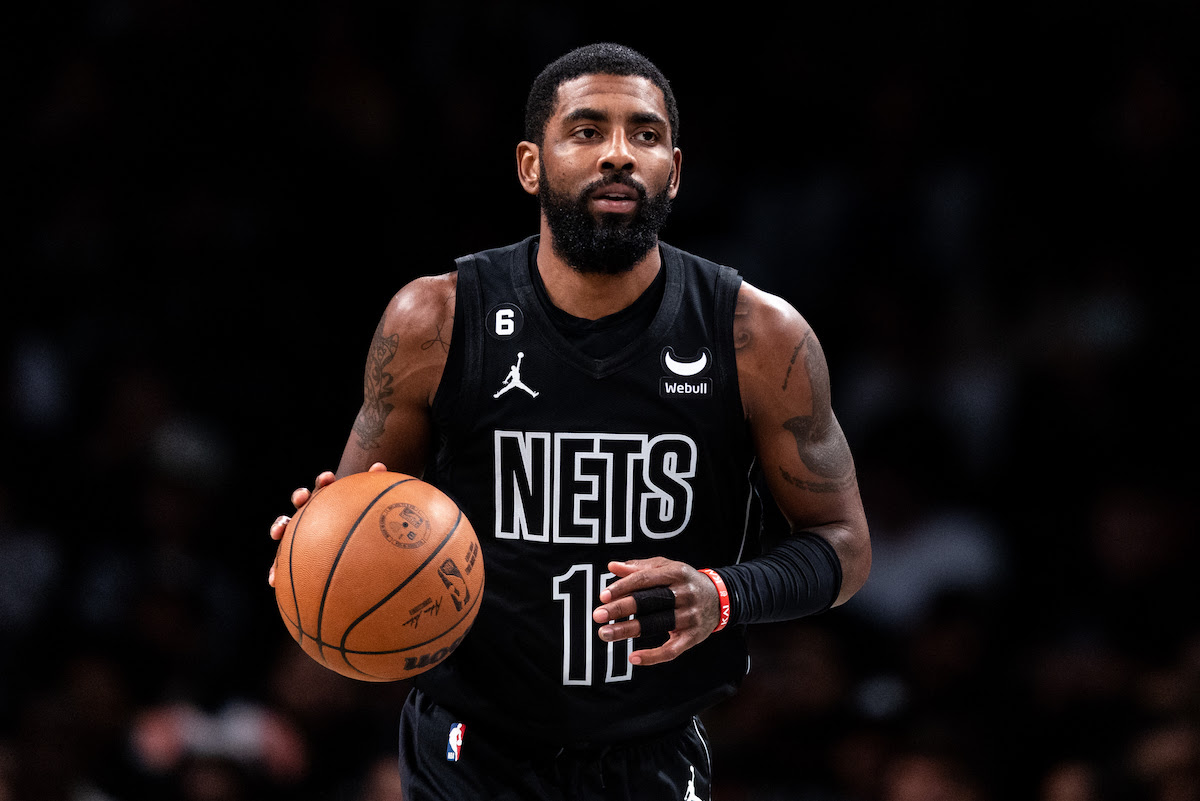 The off-the-court issues never end for the Brooklyn Nets. Point guard Kyrie Irving — who infamously missed much of last season due to his vaccination stance — has been suspended for at least five games. The announcement came on Thursday after Irving was given yet another opportunity to apologize for his recent tweet promoting a film with antisemitic messaging. Both Irving and the team had already pledged to donate $500,000 each to anti-hate causes, but Irving’s failure to offer a sincere apology — despite given another chance in a post-practice media session — caused an uproar. NBA commissioner Adam Silver called for Irving to publicly apologize earlier in the week. He eventually posted an apology on social media after the suspension.

The Nets are just eight games into the 2022 season, but they’ve already been the case study of dysfunction. Ben Simmons has continued to struggle on the court. Head coach Steve Nash was fired earlier in the week giving Kevin Durant his offseason wish. And now, another Irving saga has led to a five-game suspension, and it could be more significant.

“We were dismayed today when given an opportunity in a media session, that Kyrie refused to unequivocally say he has no antisemitic beliefs, nor acknowledge specific hateful material in the film. This was not the first time he had the opportunity — but failed — to clarify… We are of the view that he is currently unfit to be associated with the Brooklyn Nets.” — Team Statement

On a busy NHL night, one storyline rose above. The Capitals got beat by the Red Wings (3-1), but their lone goal was a milestone for Alex Ovechkin. His 786th goal tied Gordie Howe for the most goals with one franchise. He’s now 15 goals behind Howe’s overall mark (801) and 108 behind Wayne Gretzky (894).

The participants in the 2022 MLS Cup final are set, and for the first time since 2003, the top seed in each conference — the Philadelphia Union in the East and LAFC in the West — will square off. (ESPN)

Who had Week 10 and Georgia hosted Tennessee as college football’s game of the year? Even the most optimistic of Volunteers fans wouldn’t have predicted it. But here it is. The SEC and College Football Playoff hang in the balance. (USA Today)

The NASCAR Cup Series championship contenders know what they have to do Sunday to win the title at Phoenix Raceway. They don’t necessarily need to win as the top finisher among the four finalists is crowned the champion. (FOX Sports)