Let’s lay to rest the chatter of an undefeated Eagles season. Monday Night Football brought the Birds back to reality with a shocking upset. Plus, we delve into the NBA after the first month and take a moment to remember the players who were killed in the UVA shooting. Early season college hoops and World Cup coverage will begin shortly. 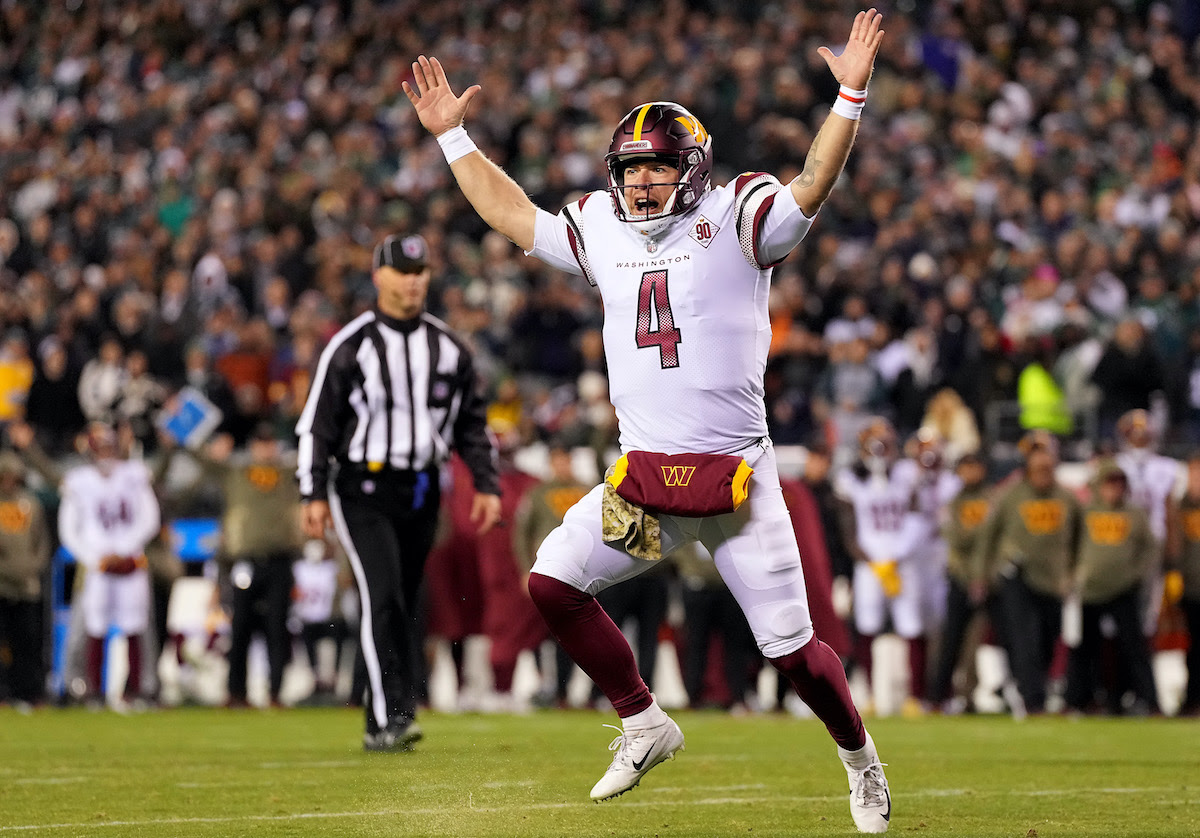 Unbeaten no more! The Eagles suffered their first loss of the year in a stunner on Monday Night Football thanks to three forced turnovers by the Commanders, including two fumbles in the fourth quarter. Washington outscored Philly 25-7 over the final three-quarters thanks to four field goals from kicker Joey Slye, including two beyond 50 yards. The Commanders shut down the Eagles’ offense and dominated the time of possession (40 minutes to 20 minutes). Washington got a few major breaks on penalties down the stretch, including a ridiculous facemask on a forced fumble with QB Taylor Heinicke earning a bizarre roughing the passer call to earn the game-clinching first down.

After a 1-4 start to the season, the Commanders have won four of their last five. The NFC East — once the laughing stock of the league — now features four teams at .500 or above. 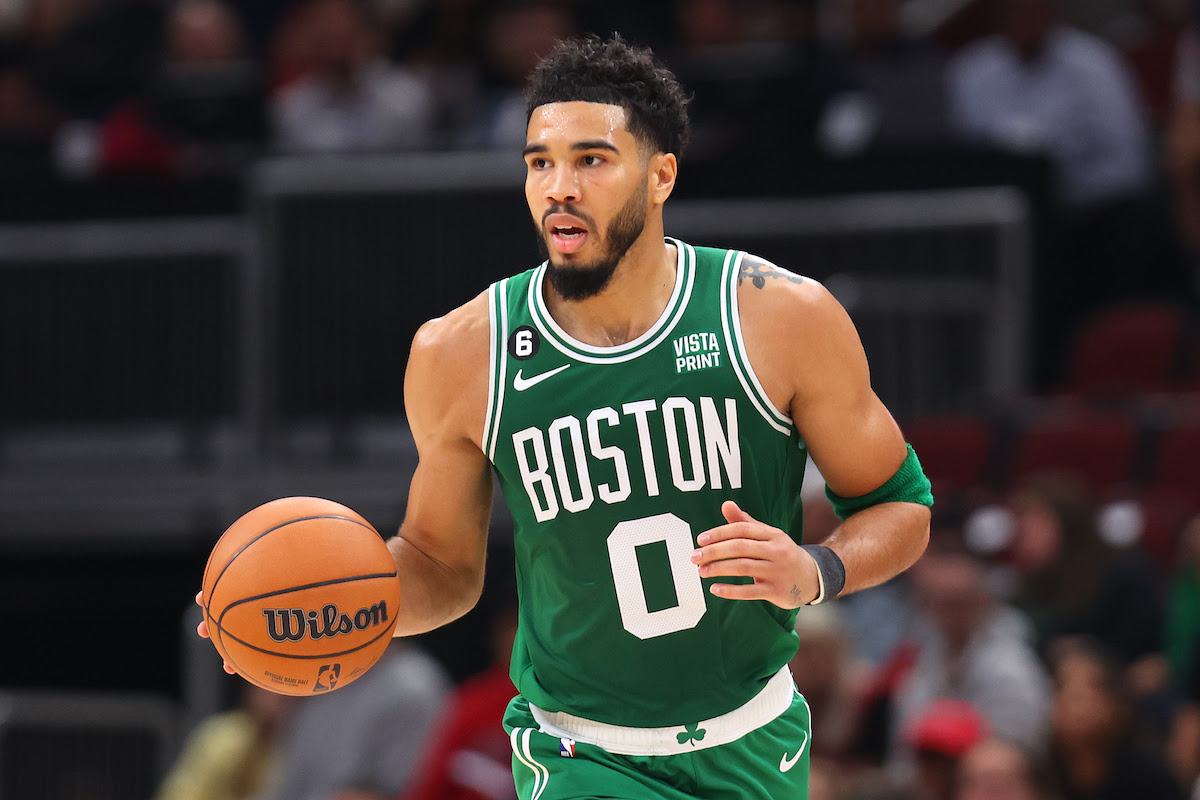 The Jazz have lost two straight after a hot start. The Celtics are winners of seven in a row. The Bucks are still the best team, but the Suns are on the move. It’s a mosh pit in the middle with half the league hovering around .500, but it’s still early. Roughly 70 more games separate us between now and the playoffs, so we’re just getting started.

Celtics Win 7th Straight: Boston topped Oklahoma City (126-122) for their league-best seventh straight win thanks to 20-plus apiece from the trio of Jayson Tatum (27), Jaylen Brown (26), and Marcus Smart (22).

Stunner in Miami: The Heat held off the Suns (113-112) thanks to Jimmy Butler’s blocked shot on Devin Booker’s game-winner attempt in the final seconds. Bam Adebayo (30 points, 10 rebounds) had a monster night to lead Miami to their third straight victory.

CBS Sports: Why Next Stretch on Lakers’ Schedule Will Make or Break Season

Inside the UVA Shooting 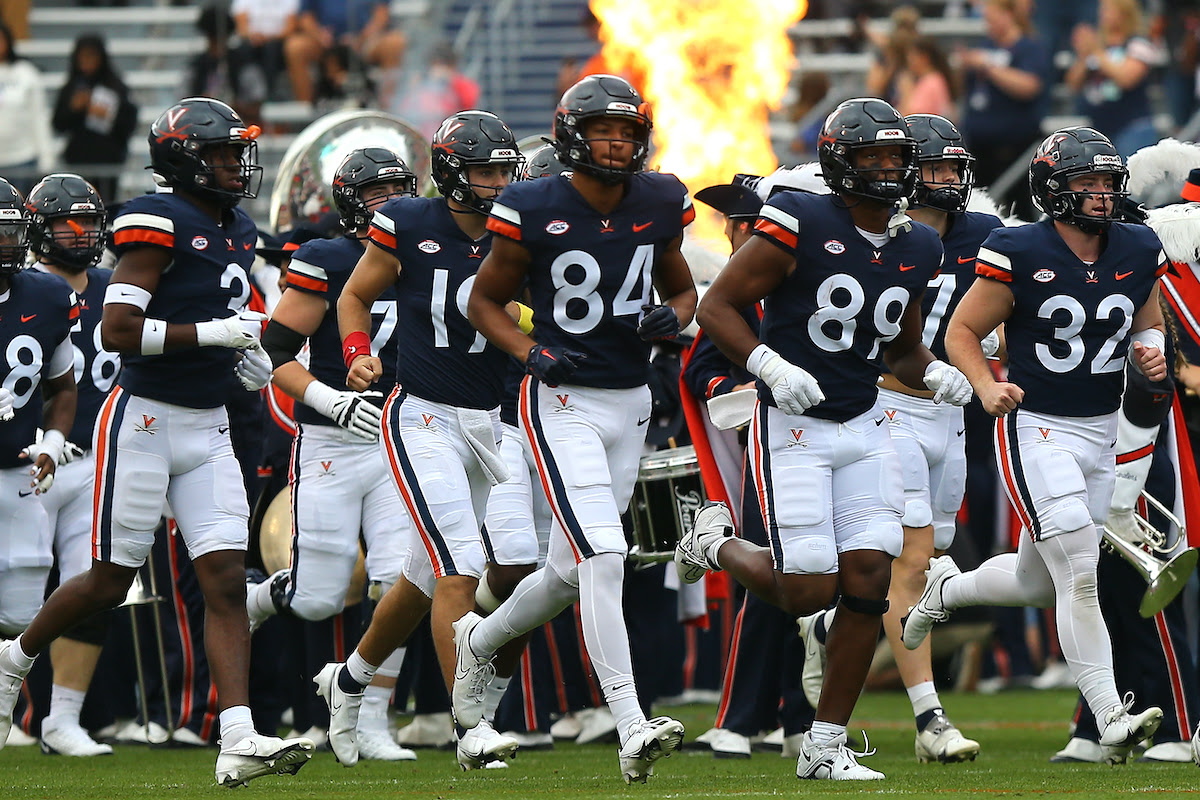 Monday morning’s biggest news story blended sports and national media as three Virginia football players were shot and killed. Two other students were injured after UVA police secured an arrest warrant for Christopher Darnell Jones Jr. — a former UVA football player himself. Jones was still a student on campus despite no longer being a member of the football team. The three players who passed away were D’Sean Perry, Devin Chandler, and Lavel Davis Jr. Running back Michael Hollins was one of the injured.

Police said Jones was under investigation for a misdemeanor prior to the shooting.

“I cannot find the words to express the devastation and heartache that our team is feeling today after the tragic events last night…These were incredible young men with huge aspirations and extremely bright futures. Our hearts ache for their families, their classmates, and their friends.” — UVA Football Coach Tony Elliot

There’s no consensus champion, but there’s an agreement about one thing: Europe’s reign over the World Cup will end in Qatar. (Sports Illustrated)

Peter King writes about the play Minnesota Vikings WR Justin Jefferson made at the two-minute warning in Buffalo, and explains why it is one of the best catches in NFL history. (NBC Sports)

It’s a beautiful thing to have college basketball back and the preseason prognostications in our rearview mirror. (FOX Sports)