Ladies and gentlemen, we found it. The NFL’s Game of the Year came on Sunday in Week 10, and it featured a 17-point comeback, overtime, and the catch of the year (maybe of all-time). That and much more from a weekend of football coming right up… 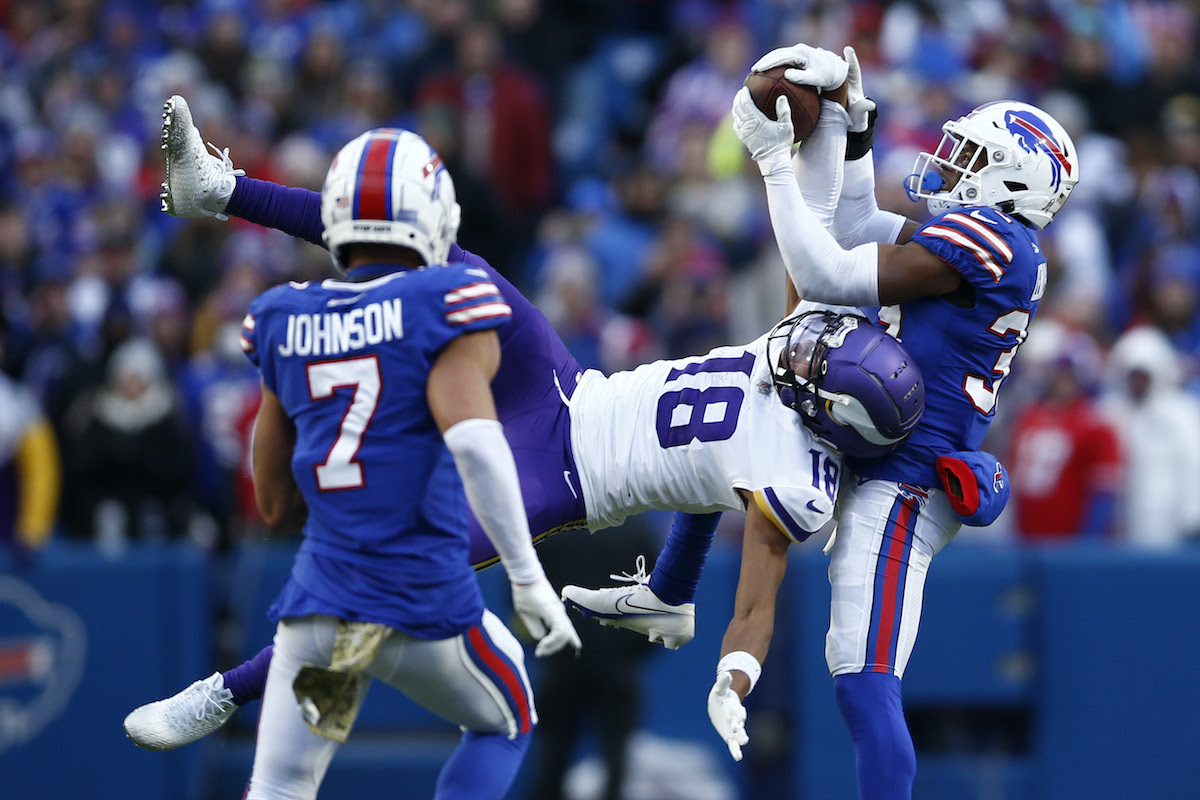 Game of the year? Better believe it. Week 10 had a number of epic showdowns on Sunday, but the Vikings-Bills thriller was next level. Buffalo held a 27-10 lead in the third quarter before Minnesota stormed back. The Vikings scored two touchdowns before QB Kirk Cousins engineered an epic two-minute drill drive where WR Justin Jefferson hauled in the catch of the year — a one-handed snatch at the summit. The Vikings got stuffed on the 1-yard-line in the final minute, but turned around and secured a fumble-recovery touchdown on the next play to take a 30-27 lead. The Bills kicked a game-tying field goal to end regulation (30-30), but Vikings kicker Greg Joseph kicked a 33-yard go-ahead field goal before Minnesota picked off Josh Allen to seal the win (33-30). After all was said and done, Minnesota ended the game on a 23-3 scoring run to improve to 8-1 and hand the Bills (6-3) their second straight loss.

Play of the Year

Saturday’s 1st Sunday: Welcome to the NFL, Jeff Saturday! The Colts new head coach won his debut over the Raiders (25-20) thanks to a pass break-up in the end zone on the final play. RB Jonathan Taylor ran for 147 yards and a touchdown, and Saturday is 1-0.

Go Pack Go: The Packers edged the Cowboys (31-28, OT) in a shootout between Dak Prescott and Aaron Rodgers. Both quarterbacks threw three touchdowns apiece, but it was Rodgers who led the Packers to 17 unanswered in the 4th quarter and got the win over his old coach, Mike McCarthy.

A Lions Win Streak?: After a horrific 1-6 start, the Lions won their second straight game by escaping the Bears (31-30) despite QB Justin Fields throwing and rushing for over 300 yards and 4 TDs. It’s Detroit’s first two-game win streak since October 2020.

NFL: Week 10: What We Learned From Sunday’s Games 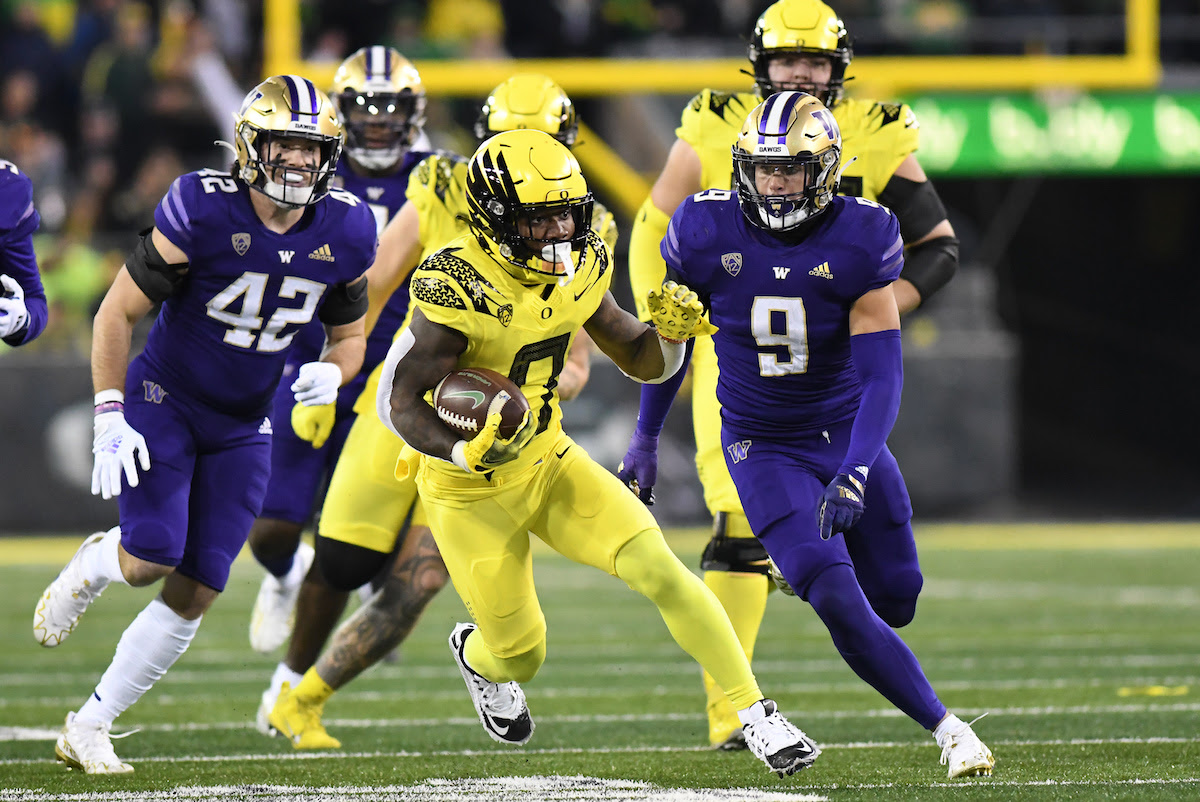 Top-5 Stay In Tact, but #6 Oregon Tumbles Out of Playoff Picture

Another weekend in the college football saga saw the nation’s top three teams remain unscathed as Georgia, Ohio State, and Michigan all won by 20-plus. Newly anointed No. 4 TCU survived a major test against No. 18 Texas (17-10). No. 6 Oregon still had playoff hopes, but those evaporated with a loss to #25 Washington (37-34), and the Ducks fell out of the top 10. The playoff picture is getting clearer, and a major matchup between the Big Ten giants is on the horizon.

ESPN: 8 Teams That Can Still Make the College Football Playoff 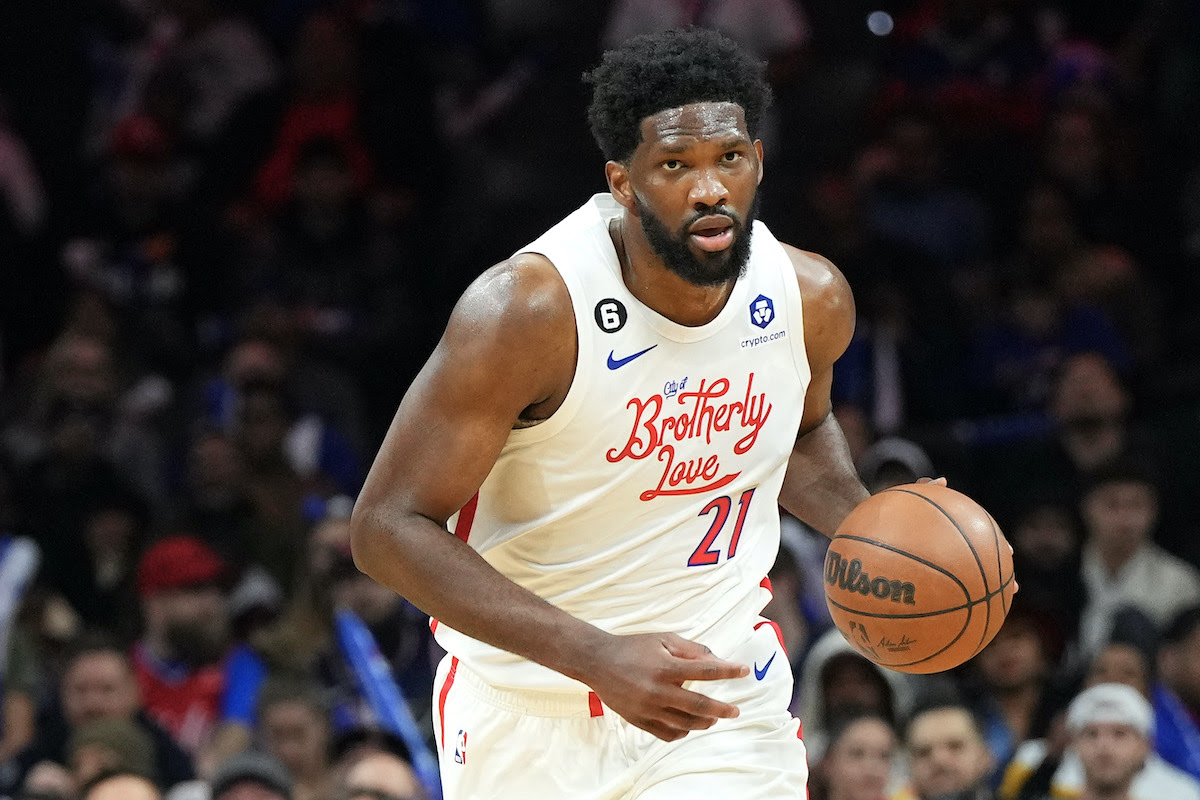 Take a bow, Joel Embiid! A massive scoring output over the weekend in the NBA culminated with the best of them all — a 59-point night from the 76ers’ big man. Philly beat Utah (105-98) for their third win in four games. Embiid went 19-for-28 from the floor and 20-for-24 from the free-throw line while adding 11 boards, eight assists, and seven blocks to complete a masterful stat line. He’s the first player to post a 50-10-5-5 game since blocks started being tracked in the 70s. Embiid also had a 42-point night on Saturday, giving him 101 points in less than 24 hours. After a few weeks, Philly is starting to hit their stride.

A full weekend of NHL highlights saw the New Jersey Devils climb to their ninth straight win with a 4-2 victory over the Coyotes (4-2). Tomas Tatar tallied a goal and an assist. The Devils are now 12-3-0 and riding their longest win streak in 15 years.

Down go the giants! Manchester City suffered a stunning loss to Brentford on Saturday (2-1) thanks to Ivan Toney’s brace, including the stoppage-time winner (90’+8). It was just City’s second loss of the year.

Amid a busy weekend of college hoops, all top-10 teams remain undefeated, but #2 Gonzaga had to survive a missed game-winner attempt from Michigan State (64-63) in the Armed Forces Classic aboard the USS Abraham Lincoln. Zags’ senior star Drew Timme had a 22-point, 13-rebound night in the win.

Alex Pereira (7-1) is the new UFC middleweight champ after scoring his second knockout of Israel Adesanya (23-2) on Saturday at Madison Square Garden. Adesanya looked to be in control of the fight until Pereira went haywire in the 5th round and rocked Adesanya against the cage, causing the referee to step in.

The annual GM meetings recently wrapped up, and while they don’t generally bring the flurry of activity we’ve come to expect at December’s winter meetings, they do provide the baseball world with a wave of rumors and transaction activity. (Bleacher Report)

After a month of the 2022-23 NHL season, some teams are clearly surpassing preseason expectations while others have stumbled badly at the start. Here’s a look at every team’s start in a long, grueling stretch to 82 games. (ESPN)

When Will the Eagles Finally Lose?

The Philadelphia Eagles are 8-0, the NFL’s lone unbeaten team, entering the team’s game Monday against the Washington Commanders. The deeper the Eagles get into the season, the more the question arises of whether they can go undefeated We debate… (FOX Sports)