Hoop, There It Is

Monday featured an Astros parade and another mid-season NFL coaching change that took everyone by surprise. But today is all about college hoops. The NCAA basketball season tipped off with hundreds — yes, hundreds — of games. Our Matthew Cahill has the scoop with today’s season preview. 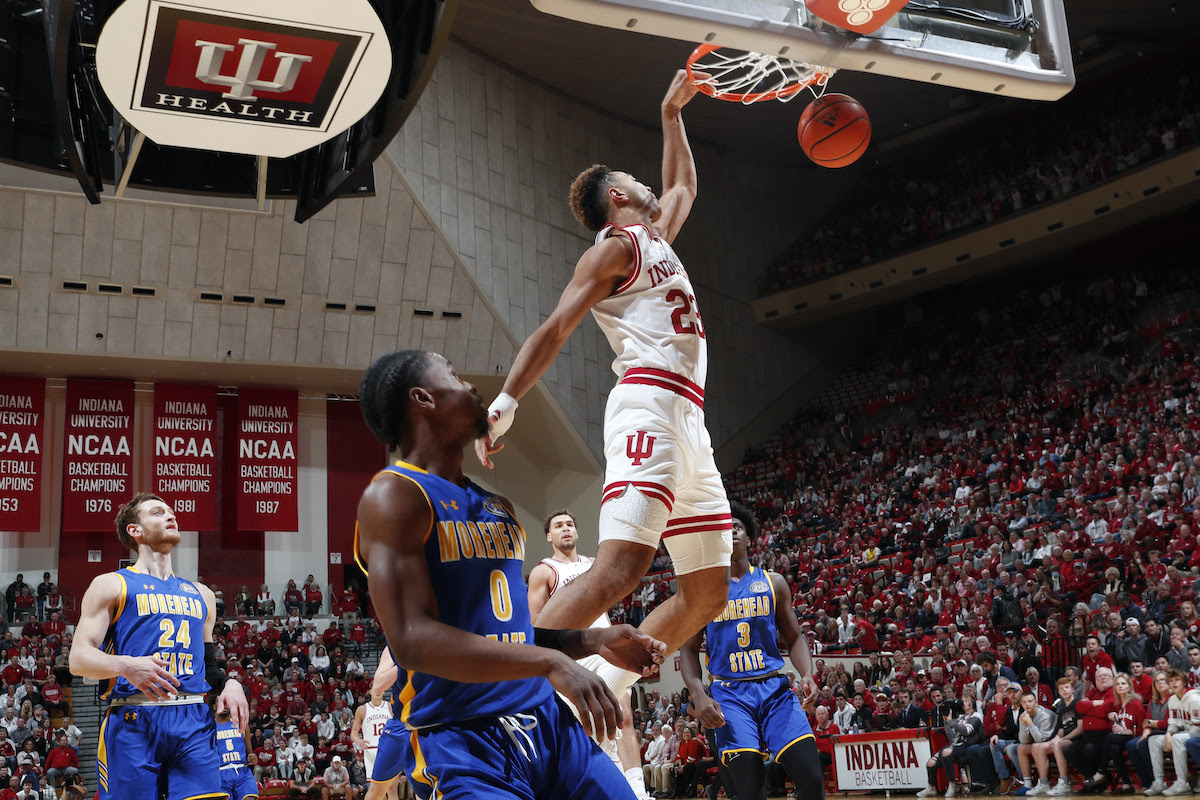 College hoops are back with a full schedule, as all teams in the top 25 begin their journey tonight. While there aren’t any premier matchups between ranked teams, there is a ton to go over before we start cutting down the nets in March. Here is all you need to know heading into the season.

Heading into the season, most of the teams with National Title aspirations are back toward the top of the AP poll. After a cinderella run that saw them come just 4 points shy of winning it all, North Carolina occupies the top spot. On the other hand, the defending champion, Kansas, lost key pieces such as David McCormack, Ochai Agbaji, and Christian Braun, and is slotted fifth. And despite being on the All-American second-team, Drew Timme’s unfavorable draft stock brings him back for his senior season, placing Gonzaga on UNC’s heels at 2nd.

The projected top two picks in the 2023 NBA draft, Victor Wembanyama, and Scoot Henderson, are not playing college ball this year. Wembanyama is staying in his home country of France while Henderson decided to take his talents to the NBA G League. As a result, upperclassmen are set to dominate the headlines much more than any season in recent memory. Three senior bigs in particular are making the biggest waves heading into the season. Oscar Tshiebwe is the first AP Player of the Year to forgo the NBA draft and return to college since Tyler Hansbrough in 2009, Drew Timme is back for his senior season after having an unfavorable draft stock, and Armando Bacot has returned in efforts of one last attempt to raise another banner for UNC. These three accompany a long list of veterans looking to end their collegiate careers on a high note. Here’s who to keep an eye on throughout the year.

With the Champions Classic beginning a week later than usual, last night’s season-openers were void of marquee matchups. No top-10 clashes were available on opening night, but there were still some debuts from five-star freshmen and massive blowouts in tune-up games. Every ranked team (1-25) was a double-digit winner. We’ll spare you the highlights of teams unloading their benches on Night 1. 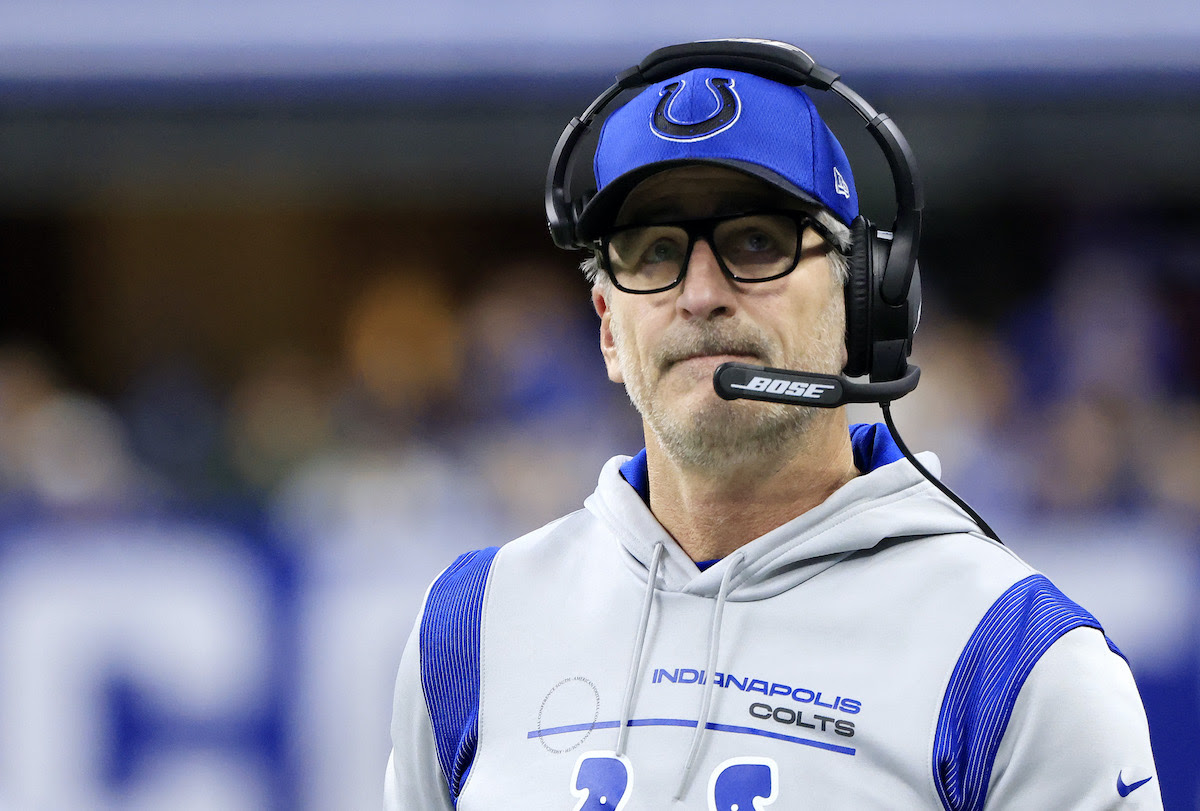 Well, that escalated quickly. The Indianapolis Colts had high hopes when the 2022 season began. They brought in veteran QB Matt Ryan to lead a team with Super Bowl expectations. Ryan was benched two weeks ago, and the Colts fired head coach Frank Reich on Monday morning. The move was made after Indy’s worst offensive performance in recent memory. Reich was in his fifth season at the helm, and Indy is now 3-5-1 and underachieving. Reich was 40-33-1 in his five years and just 1-2 in the postseason. After two failed QB experiments with Ryan and Carson Wentz, the quarterback whisperer is out of a job.

The Colts didn’t waste time before tabbing former pro bowl center Jeff Saturday as the interim head coach. Saturday played 13 seasons with the Colts, but he’s never been an NFL coach prior to this week. He was working as an ESPN analyst.

Indy is now riding with rookie QB Sam Ehlinger, and they’re going nowhere fast. Expect Saturday to be in a test run to see if he could work as a long-term solution. Reich, out. Saturday, in. And the Colts are officially in another rebuild.

The Ringer: After Replacing Frank Reich With Jeff Saturday, the Colts Have No Next Move 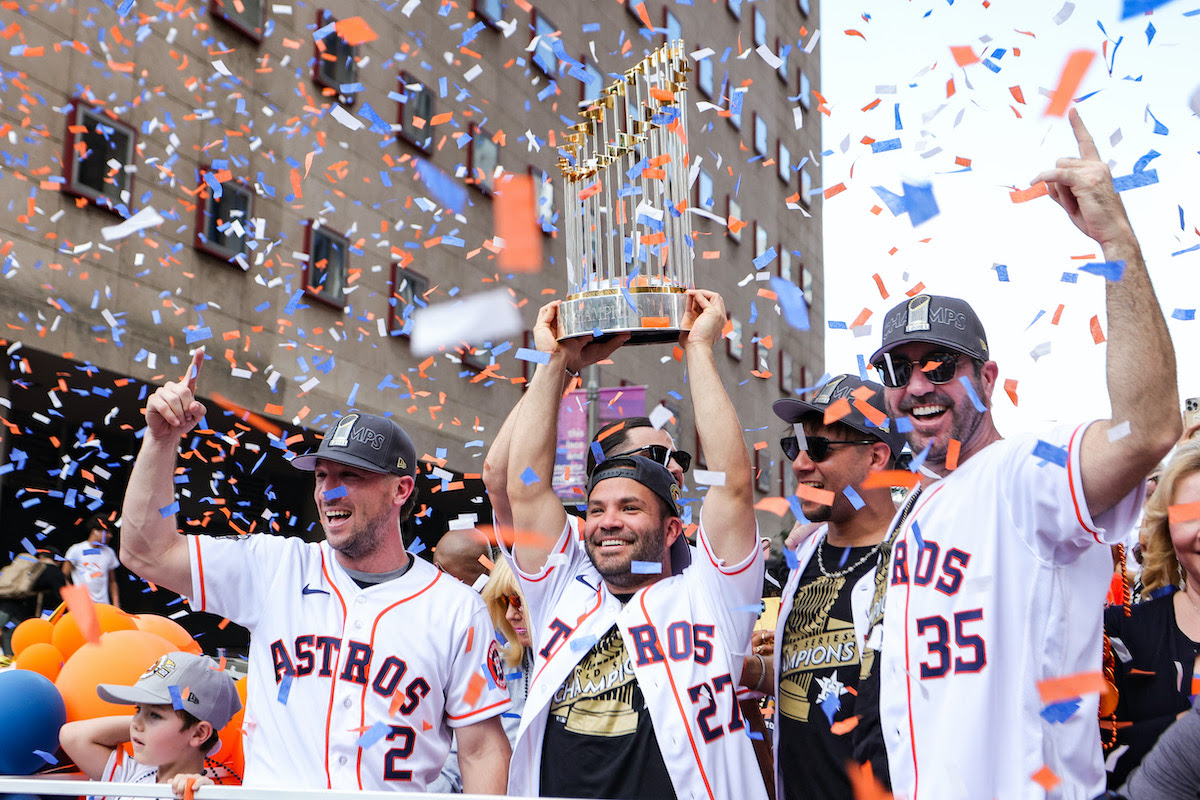 An estimated 1 million spectators lined the streets of Houston on Monday to celebrate the Astros’ 2022 World Series championship. The Astros were crowned champions for the second time on Saturday night, and a two-day party culminated in a city-wide shutdown to commemorate the occasion. The event went off without any major incidents aside from the boos of Sen. Ted Cruz. One fan was arrested for throwing a beer can at him. Overall, a rowdy day in the streets of Houston was mostly tame.

Celebrities on the Scene

Cruz wasn’t the only Houston celebrity at the parade. Jim “Mattress Mack” McIngvale made an appearance — the local celebrity known for his massive bets.

Fans recreated a viral moment from the 2017 celebration when they returned a dropped hat up several floors of a downtown parking garage. The same hilarious moment happened five years ago after the first World Series title.

The Warriors ended a five-game slide on Monday night with a win over the Kings (116-113) thanks to a 47-point night from Steph Curry. Curry finished the night 17-for-24 with seven 3s to go along with eight rebounds and eight assists.

After a 3-0 start to the season, the St. Louis Blues lost their seventh straight game Monday after the Bruins tallied two goals late for a debilitating loss (3-1). Patrice Bergeron and Trent Frederic scored in the third period to boost Boston to 11-2. St. Louis is now 3-7 after the hot start.

Champions League Round of 16 Draw

The end of the World Series means that it’s time to focus on the future, specifically the upcoming MLB free-agent class. Players and teams across the league will have to make up their minds on option decisions over the coming days. (CBS Sports)

‘The Match’ is Back With Golf Royalty

Tiger Woods and Rory McIlroy will take on Justin Thomas and Jordan Spieth in the latest edition of Capital One’s The Match, set to take place Saturday, Dec. 10. The seventh edition of the event will be held at Pelican Golf Club in Belleair, Florida. (Bleacher Report)