There were more tricks than treats on Halloween. The weather tricked World Series fans and the Browns tricked everybody on Monday Night Football. November brings college hoops and the FIFA World Cup. I’ll keep running on sugar until I crash for the holidays… 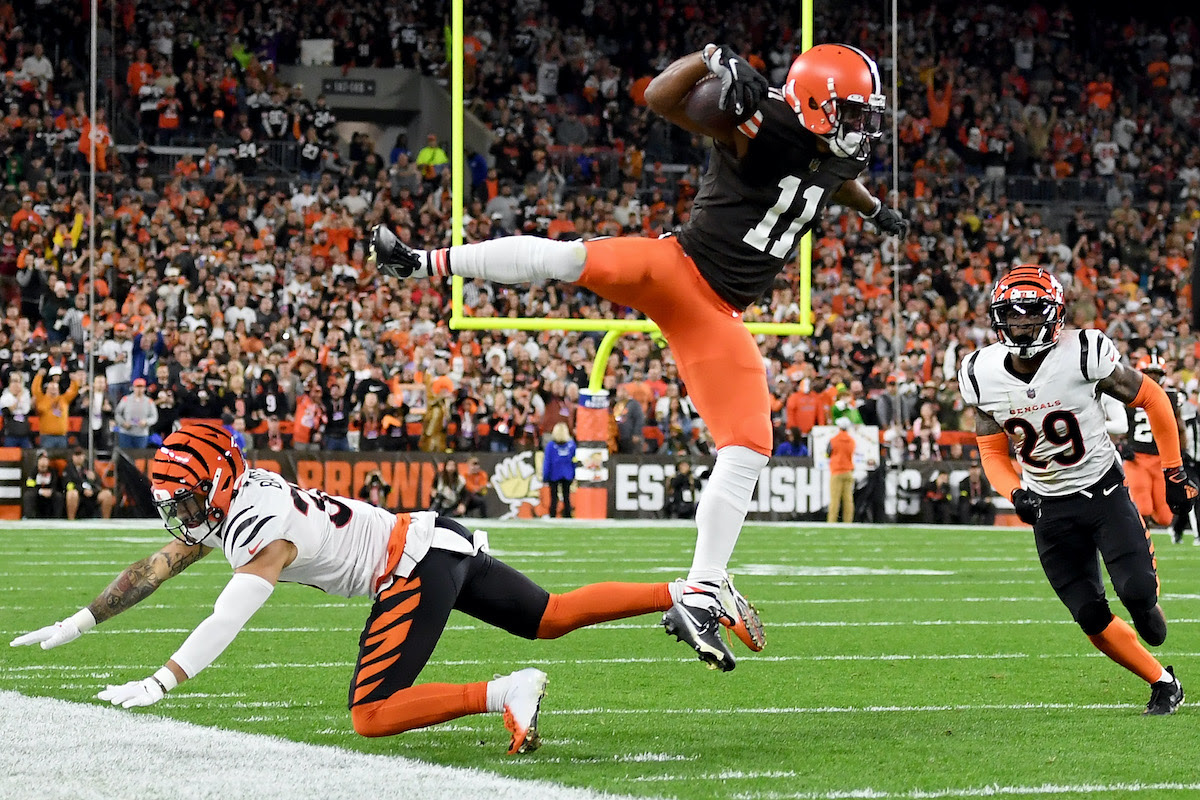 Monday night in Ohio proved the theory that anybody can beat anybody on any given day in the NFL. The Bengals entered Monday Night on the back of two 30-point performances, and the Browns came in on a four-game skid. But primetime in Cleveland was a shocking blowout. The Browns sacked Bengals QB Joe Burrow five times while forcing him into two turnovers. Cleveland led 25-0 by the third quarter thanks to a deadly run game led by Nick Chubb. Amari Cooper also had a big impact and Donovan Peoples-Jones made the play of the night with a sideline hurdle (seen above). Things just got tight in the AFC North. 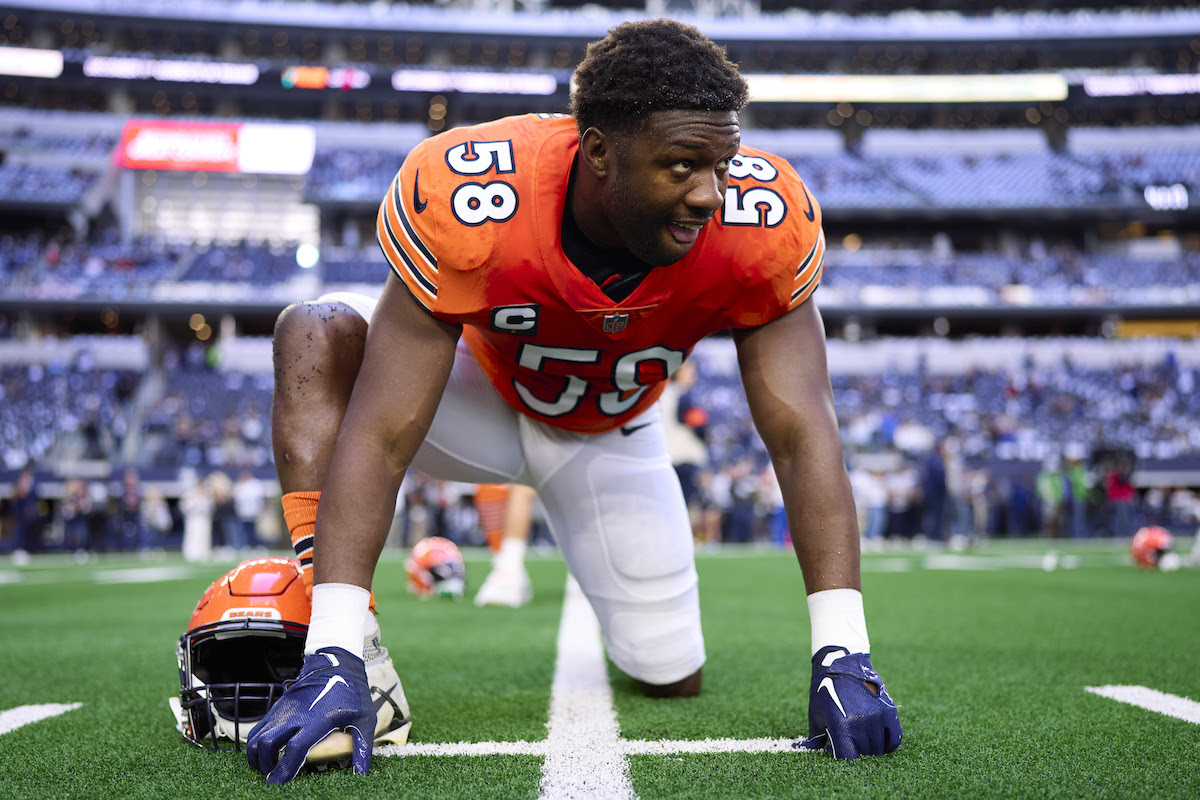 Today’s NFL trade deadline is fast approaching (4:00 pm ET) and another blockbuster stole headlines on Monday. The Ravens nabbed all-pro LB Roquan Smith from the Bears in exchange for one player and two picks. Smith had requested a trade in the offseason and was a holdout for part of training camp before returning to the squad. The former No. 8 overall pick in 2018 is the second high-profile defender traded by the Bears in the last week after sending DE Robert Quinn to the Eagles. Smith has over 600 tackles, 16.5 sacks and seven interceptions in four-plus seasons. And the Ravens just boosted their defense. 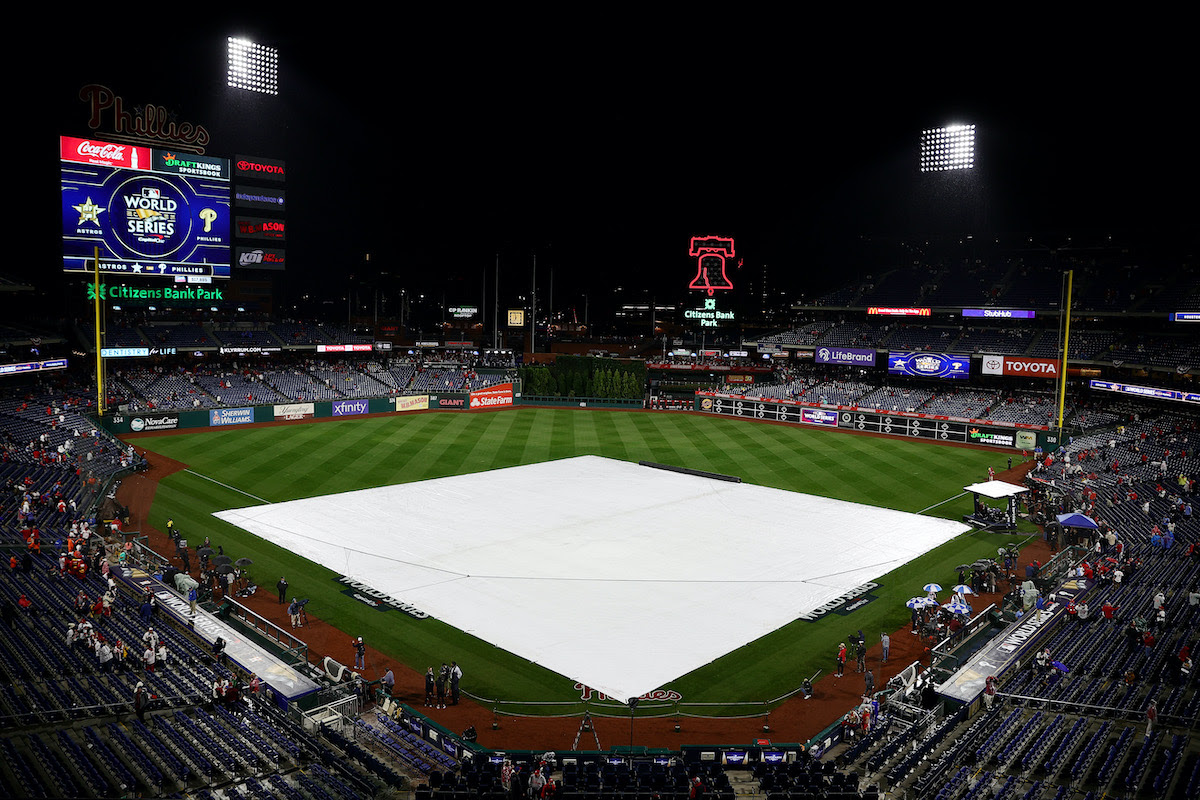 Game 3 Postponed in Philadelphia Due to Weather

Rain on the east coast threw a wrench in the World Series schedule on Monday with Game 3 in Philadelphia being postponed to tonight. That will shift the rest of the Fall Classic back a day, and it could have implications on pitching rotations. Advantage? Phillies. Here’s the new schedule.

Take a bow, Tage Thompson! The Sabres crushed the Red Wings (8-3) thanks to a career night for the 25-year-old center. Thompson tallied three goals and three assists for a six-point night to remember.

The penultimate race of the 2022 NASCAR Cup Series season produced an unforgettable ending with Christopher Bell scoring his second walk-off win of the playoffs to advance to the Championship 4 along with Joey Logano, Chase Elliot, and Ross Chastain. (Yahoo!)

Are NBA “Death Lineups” still a thing? I sure hope so because I’ve got a bunch of ones ranging from “Purely, wonderfully hypothetical” to “Established, sort of” that I’m convinced are going to be dynamite this season. (Bleacher Report)