The Fall of Philadelphia continues. The Eagles are 7-0. The Union are in the MLS Cup Finals. And the Phillies are riding high in the World Series after a record-setting five-homer night you have to see to believe. Yesterday was a non-stop sports news day, so no time to waste… 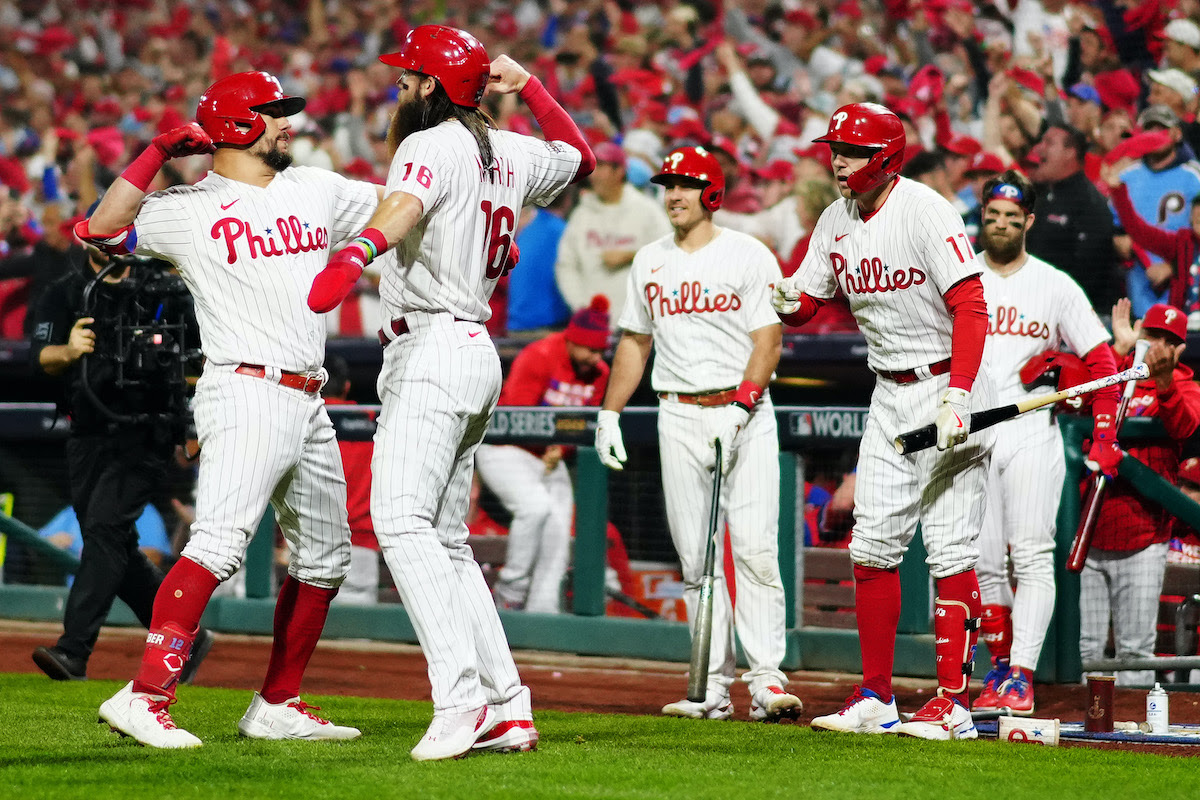 Philadelphia fans had waited 13 years to host years to host a World Series game, and they were forced to wait an extra day after Monday’s Game 3 rainout. By Tuesday, the skies cleared, but it was pouring home runs in Citizens Bank Park. The Phillies obliterated the Astros with a record-setting Game 3 rout that included five home runs from five different batters in the first five innings. Philadelphia fans were electric as they watched their team tee off on Astros ace Lance McCullers Jr. all night long. The Phillies scored seven runs on seven total hits while Ranger Suarez tossed a tactical shutout (5 IP, 4 Ks, 3 Hits, 0 ER).

Philly HR Fun Facts: The Phillies tied the record for the most home runs hit in a World Series game. Lance McCullers Jr. is also the first pitcher to give up five homers in any postseason game in MLB history. And the Phillies have now hit 17 blasts at home this postseason — the third-most in a single postseason in MLB history.

Philly now leads the Fall Classic (2-1) with all the momentum in tonight’s Game 4. The pitching matchup should favor the Phillies tonight, too. It’s expected to be Aaron Nola (PHI) vs. Cristian Javier (HOU). 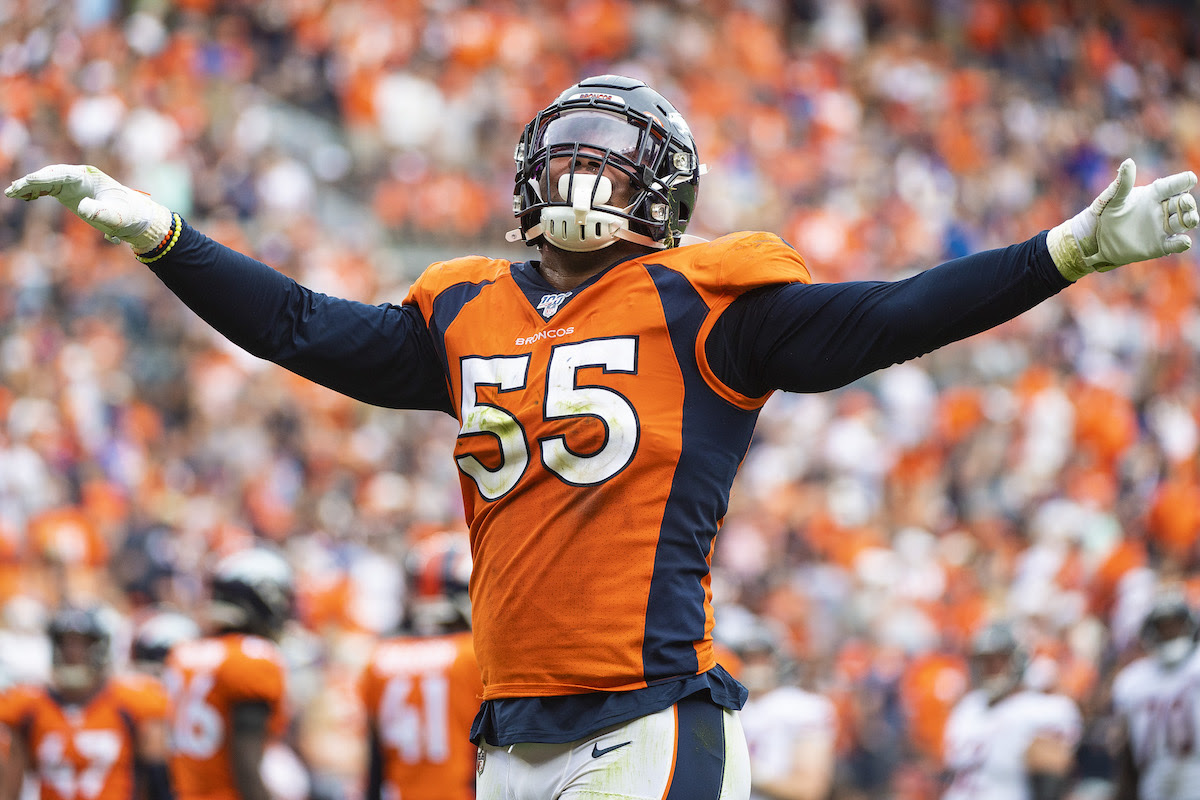 Many expected the NFL trade deadline to be a little quiet (myself included). Not so. More than ten deals, including five high-profile players, went down in the waning hours before yesterday’s deadline. The Dolphins and Vikings were the biggest winners with Miami adding LB Bradley Chubb from the Broncos and Minnesota swinging a deal for TE T.J. Hockenson from a division rival. A few other offensive weapons changed teams yesterday afternoon, and the league looks slightly different now. Here are the top-5 trades from yesterday.

Cutting Down the Nets 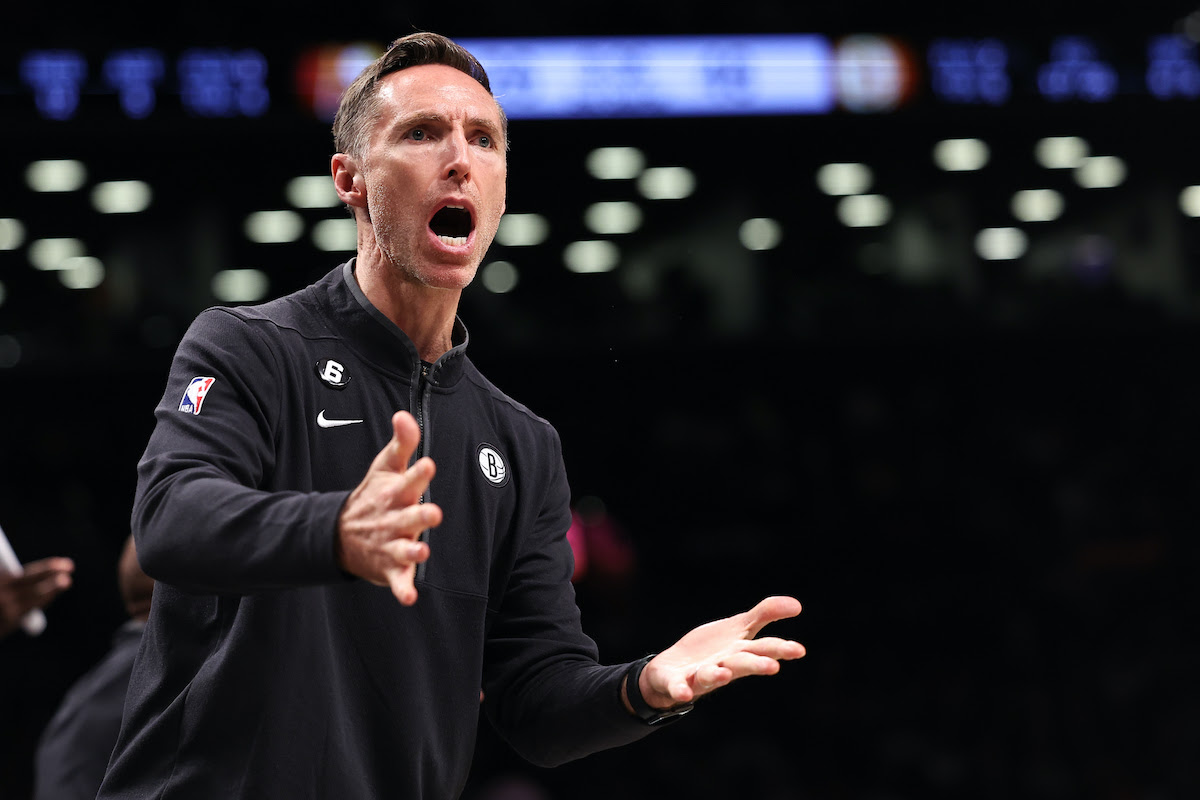 The Steve Nash experiment is officially over in Brooklyn. After just seven games and a 2-5 start, the Nets parted ways with their head coach on Tuesday. Brooklyn had been the subject of massive underachieving in the past two years with the duo of Kevin Durant and Kyrie Irving constantly making headlines off the court and failing to deliver on it. Nash — a first-time head coach at the time of his hiring in 2020 — was handed one of the most loaded rosters in the league. Now, he’s out.

Cutting Down the Nets

Kyrie Irving’s off-the-court drama, from his COVID-19 vaccination stance to his latest tweet promoting an anti-semitic film, is a story in itself. Then, there’s the James Harden acquisition that quickly failed before shipping him to Philadelphia for Ben Simmons. Simmons has been a shell of himself, to say the least. In the summer, Kevin Durant demanded a trade if Nash and GM Sean Marks weren’t fired. Ownership convinced him to stay, but it only took seven games to send Nash packing. He was 94-67 in two-plus seasons with just a 7-9 record in playoffs. Brooklyn never advanced past the conference semifinals under Nash.

Reports surfaced shortly after Nash’s firing that suggested the Nets will target Ime Udoka as the next head coach. The Celtics coach is currently serving a one-year suspension for inappropriate conduct with a female staff member. Jacque Vaughn will serve as the team’s interim coach.

SI: Hiring Ime Udoka Will Only Make Nets More of a Disgrace

ESPN: Mounting Losses & Controversies: How the Nets Devolved Into Chaos in a Matter of Weeks 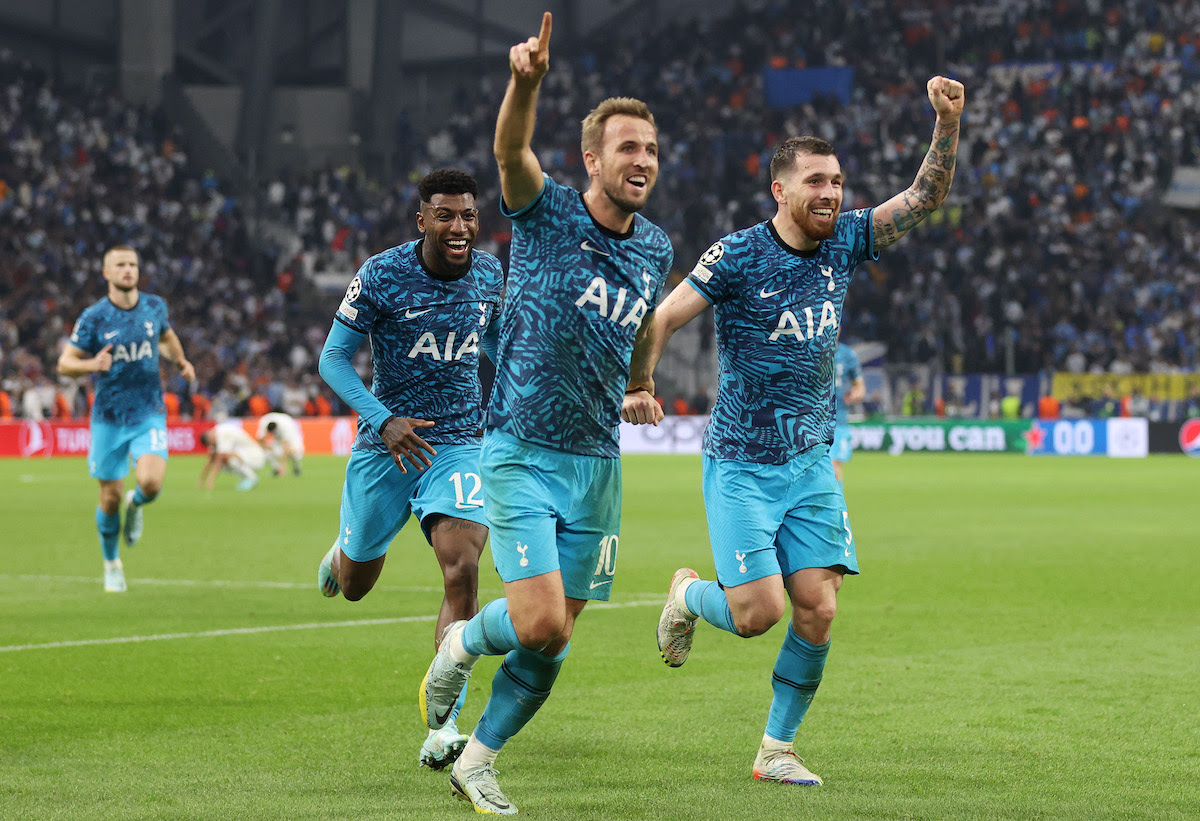 The sixth and final matchday of the Champions League Group Stage arrived on Tuesday, and all eyes were on Group D. Six of of yesterday’s eight matches held no meaning other than seeding implications for the Knockout Stage, but all four teams in Group D — Marseille, Tottenham, Sporting and Eintracht Frankfurt — were still alive when the day began. It was Marseille and Sporting who each held 1-0 leads at halftime, but Tottenham and Frankfurt both fought back for 2-1 wins to steal the group. Spurs would have advanced with a 1-1 draw, but they found a stoppage time winner from Pierre-Emile Højbjerg to take the group.

UEFA: Champions League Round of 16: Meet the 14 Teams Already Through The first of six College Football Playoff rankings were revealed Tuesday night, and a few shocking surprises took the sports world by storm. Tennessee earned the No. 1 overall spot, jumping Ohio State and Georgia. Clemson was also slotted in the top-4 instead of Michigan, and another five teams — including unbeaten TCU and a host of one-loss contenders — are still in the running. Another shocker? The committee has LSU all the way at No. 10. Plenty of debates are beginning to surface, but there are five more weeks until the final playoff rankings are set in stone. Things will surely change after Saturday’s clash between Tennessee and Georgia.