It’s a hoops-focused edition before we flip to the World Cup for the USMNT’s win-or-go-home match with Iran (2:00 pm ET). But first, three players dropped a 40-piece in the NBA, and there’s early chaos in the college basketball polls. Hoops season is here.

Spoiler Up: Picking Apart the Polls 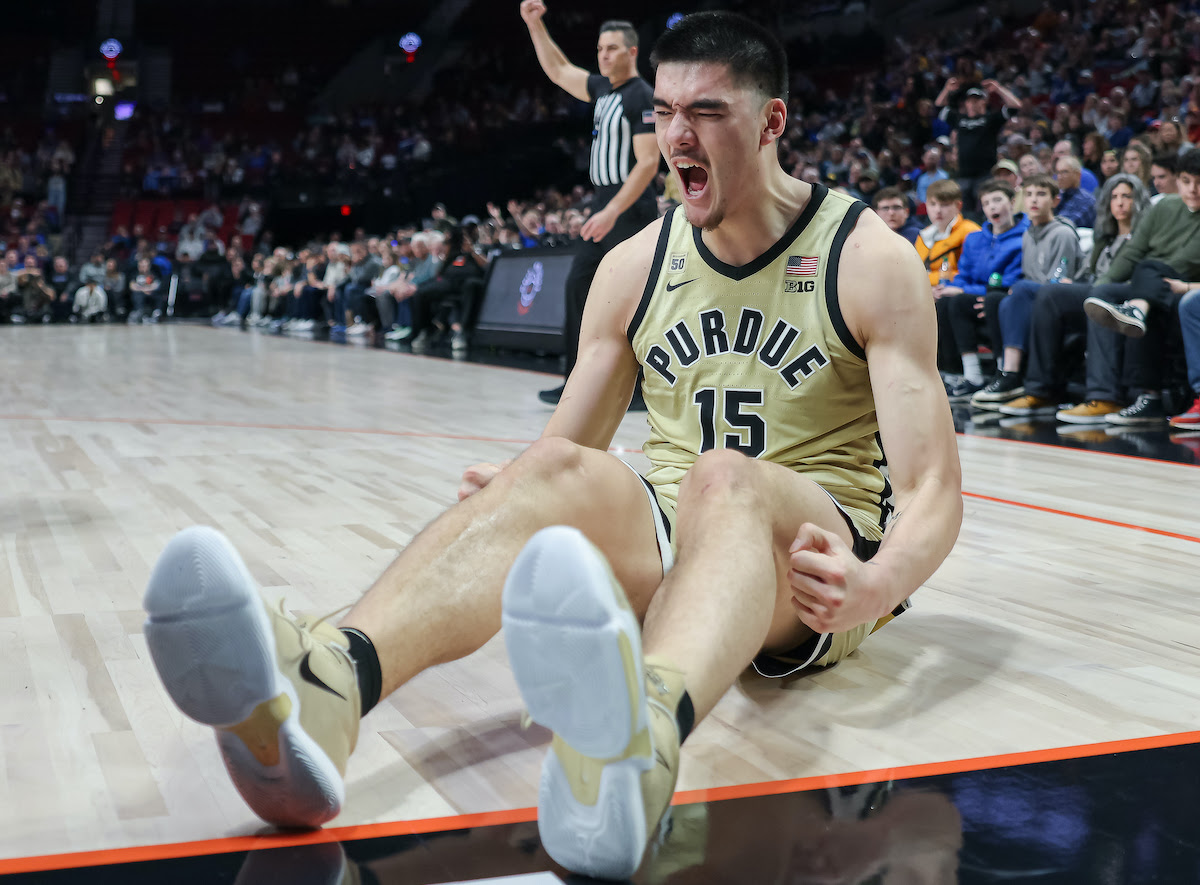 An early upheaval in the college basketball polls brought the shock factor over the holiday break, and not a single team in the men’s game stayed in the same spot. After upsets to No. 1 UNC, No. 6 Gonzaga, and No. 8 Duke, there’s a whole new lineup from 1-10. Purdue and Arizona made major leaps as the Wildcats (10 spots) and Boilers (19 spots) climbed mountains. Houston now holds the top spot. And in the women’s game, It’s South Carolina holding down the No. 1 spot after beating No. 2 Stanford last week. Here’s where they stand:

NCAA: The Good, Bad & Everything in Between From the Men’s Basketball Season So Far 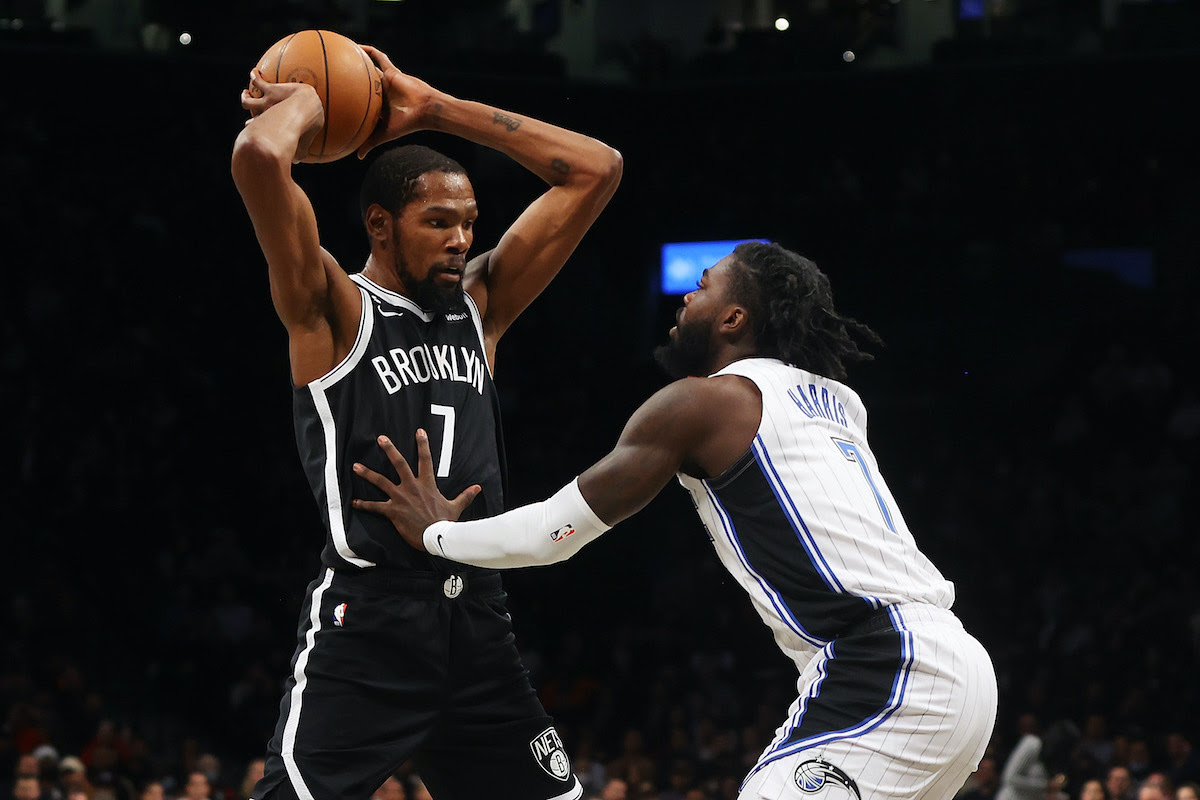 Durant, Booker & Porzingis All Drop 40-Plus on Wild Monday Night in the NBA

Shooters gotta’ shoot! Not a single 40-point performance occurred over the holiday break in the NBA, but a busy Monday saw a trio of 40-balls by two guys you might expect, and a third you wouldn’t. Devin Booker (44 points) powered the Suns over the Kings (122-117) for their fifth straight win. Kevin Durant (45 points) went off with an 18-for-24 shooting night to lift the Nets over the Magic (109-102). Brooklyn has now won five of their last seven. And out east, Kristaps Porzingis (41 points) had a career-high for the Wizards in a rout of the Timberwolves (142-127) thanks to six 3s. It’s a trifecta of 40 pieces to start the week! 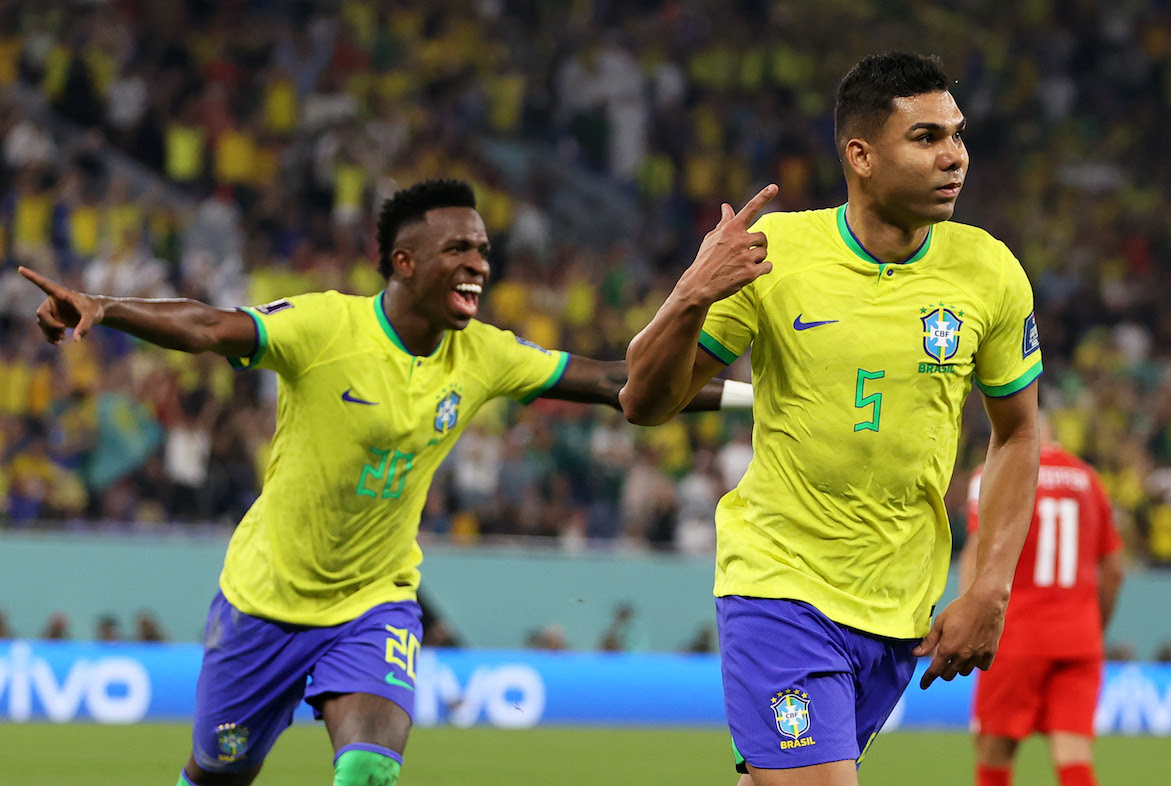 Brazil & Portugal Punch Tickets to World Cup Round of 16

Two more teams have added their names to the Round of 16 in Qatar. Brazil and Portugal took control of Group G and Group H on Monday. Casemiro fired a late-game winner for Brazil to top Switzerland (1-0) while Bruno Fernandes tallied a brace for Portugal over Uruguay (2-0). The two clubs joined France as the first three teams to secure spots in the Knockout Stage. Groups A and B get decided today, including the do-or-die match for the U.S. Men’s National Team against Iran.

The Steelers handed the Colts their second-straight home loss on Monday Night Football in Indy (24-17) thanks to a 4th-quarter go-ahead touchdown. Pittsburgh blew a 16-3 lead before retaking the advantage with a touchdown run from RB Benny Snell.

Make it 17 straight games with a point for Mitch Marner. The Toronto winger lifted the Maple Leafs over the Red Wings (4-2) behind 42 saves from goaltender Matt Murray. The Leafs are riding high and are now 7-0-2 in their last nine games.

With all the speculation about where Aaron Judge will sign, what about the question of where he should sign? Let’s rank all 30 teams. (ESPN+)

Teams were once considered poor, unpredictable investments. Today they’re among the most coveted assets in the world. What changed? (The Ringer)

After giving us three crazy games on Thanksgiving, the NFL might have topped itself on Sunday with several wild games that went down to the wire. (CBS Sports)