We’re underway in Qatar where a month-long soccer spectacular is in store. It was an up-and-down start for the USMNT, but a draw will do. There’s plenty from the NFL, NBA, and NHL as we gear up for Thanksgiving week. Tomorrow will be our last edition before the big break. You won’t want to miss the Holiday Watch List. 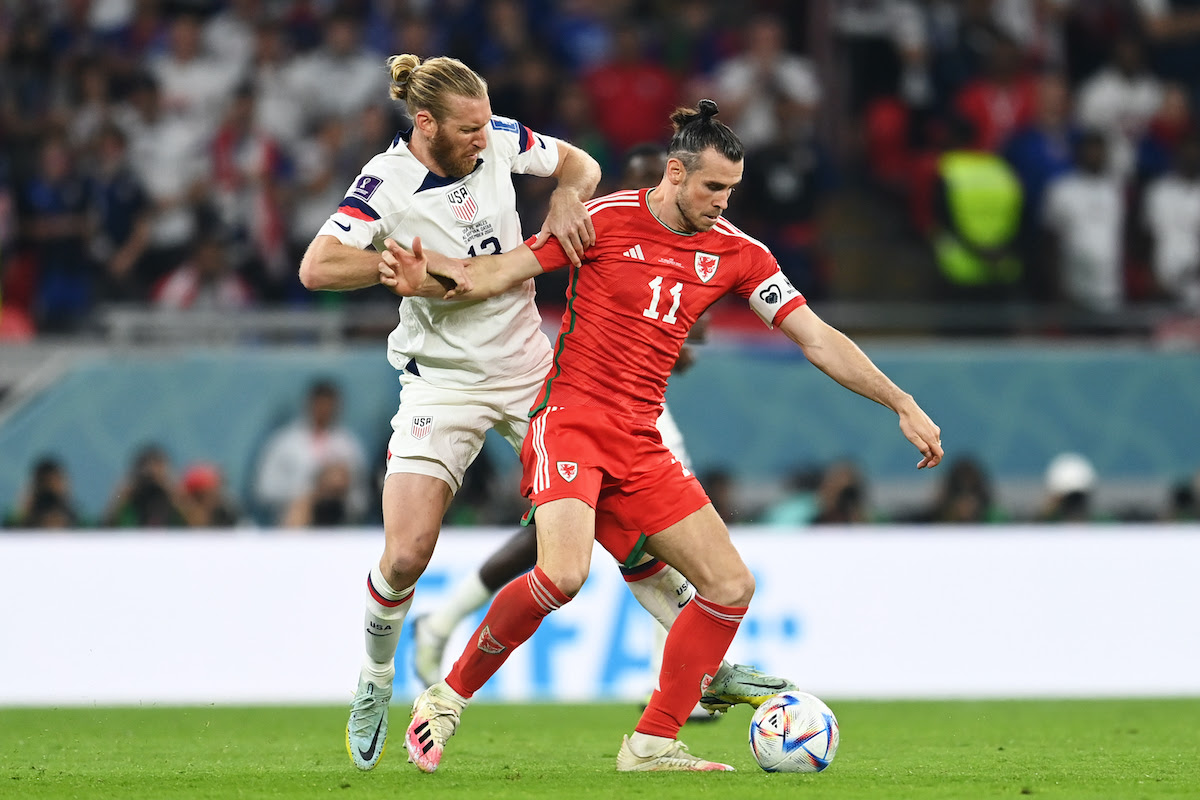 The United States Men’s National Team began their 2022 FIFA World Cup campaign with a lot of positives but a neutral result in Match 1. Wales entered Monday riding the highs of their first World Cup match in 64 years, but it was the USMNT who struck first. Timothy Weah (36’) smashed home a through-ball from Christian Pulisic late in the first half, but a late penalty put Gareth Bale on the spot for the equalizer late in the game (82’). The U.S. owned the possession stats in Match 1 (59%—41%), but their trip to Qatar begins with a draw.

Earlier in the day, England blew out Iran to take a commanding lead in Group B while the Dutch blanked Senegal thanks to a pair of goals in the waning minutes. More matches coming up today… 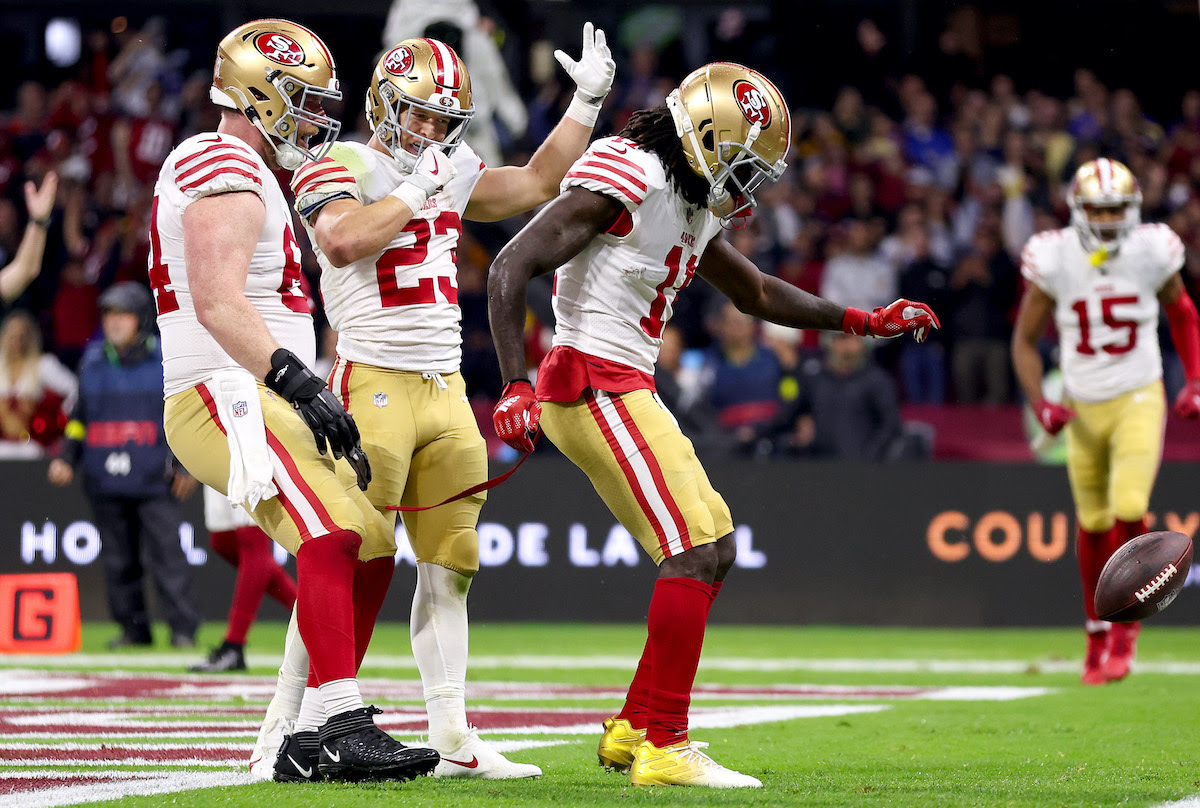 It was an up-and-down start to the season for the 49ers — they were 3-4 through seven weeks — but San Francisco is clicking at the right time. The 49ers handed a beatdown to the Cardinals on a rainy night in Mexico City (38-10). The divisional rivalry was a no-contest after the first quarter. The Cards held a 3-0 lead, but 49ers’ QB Jimmy Garoppolo engineered an efficient offensive performance with four touchdowns while San Fran rushed for 159 yards on the ground with seven different ballcarriers. The score was 14-10 in the second quarter before the Niners scored 24 unanswered. And the NFC West is officially in a dogfight down the stretch.

ESPN: Niners Emerge as Legit NFC Threat After Showing Out in Mexico City

Giannis, Bucks Back on Track 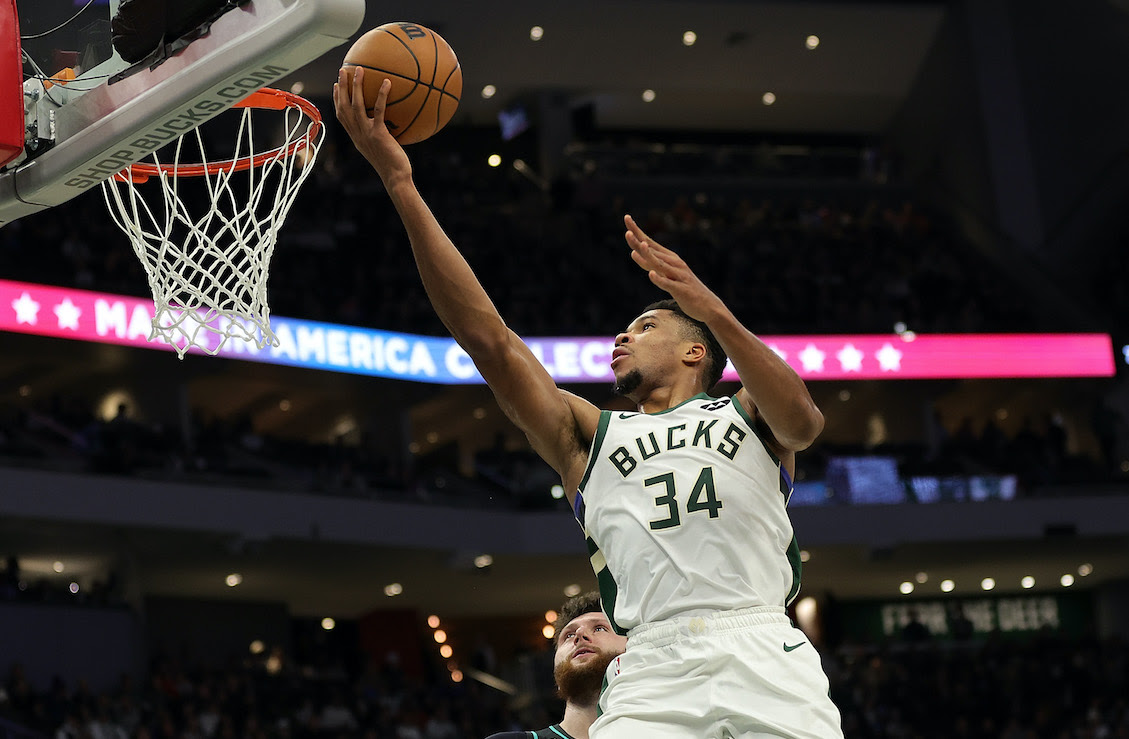 The Milwaukee Bucks started the season with a nine-game win streak, but an injury to superstar Giannis Antetokounmpo saw the momentum spiral. Giannis tallied six consecutive 30-point games early on, but he’s slowly flexing his dominion after returning from a knee injury. The Greek Freak’s minutes have seen an uptick each game since his return, and he busted out for 37 points, 7 rebounds, 6 assists and 2 steals last night to beat the Blazers (119-111). Giannis shot 67 percent from the floor to get the Bucks (12-4) back on track after losing four of their last six. Watch out, league. The big man is back.

Pels Pummel Dubs: No Steph Curry or Klay Thompson was a problem for the Warriors on Monday as they surrendered a 45-point blast from the Pelicans (128-83). Brandon Ingram had a game-high 34 points.

Bulls End Celtics Streak: Boston was riding a nine-game heater before running into Chicago on Monday. The Bulls beat the Cs (121-107) in a game where DeMar DeRozan and Jayson Tatum both went for 28.

T-Wolves Win 4th Straight: Don’t look now, but the Timberwolves are finding their stride after a rocky start. Minnesota edged Miami (105-101) behind Karl-Anthony Towns’ 25-9-8 night. It was their fourth straight to get back above .500 (9-8) for the first time since October.

Make it a baker’s dozen for New Jersey. The Devils extended their epic win streak to 13 on Monday with a 5-2 win over the Oilers. Jesper Bratt tallied a goal and an assist as they tied the franchise record for consecutive wins.

The quarter mark of the 2022-23 NHL season is fast approaching, as teams will hit game No. 20 on their schedules within the coming days. To mark the occasion, we’ve identified the MVP for all 32 teams in conjunction with the new power rankings. (ESPN)

The Giants get a ‘D’ for their ugly loss to the Lions, and the Cowboys earn an ‘A+’ for destroying the Vikings. NFL teams shuffled after Sunday’s slate, and we learned some things. Let’s get to the grades for every game from Week 11. (CBS Sports)

A cohesive NBA starting lineup that blends the right amount of star power makes all the difference. As we near the quarter mark of the 2022-23 season, it’s become clear that some teams already need to shake up their starting five. (Bleacher Report)