And Then There Were 4…

The World Cup and Heisman Trophy stole the early half of the weekend before Week 14 in the NFL and a Zion Williamson showcase took over on Sunday. As we enter the final week before the break, get ready for a number of holiday specials.

Programming: The Sportsletter will not be sent from Dec. 17–Jan. 2 other than a few holiday break editions. 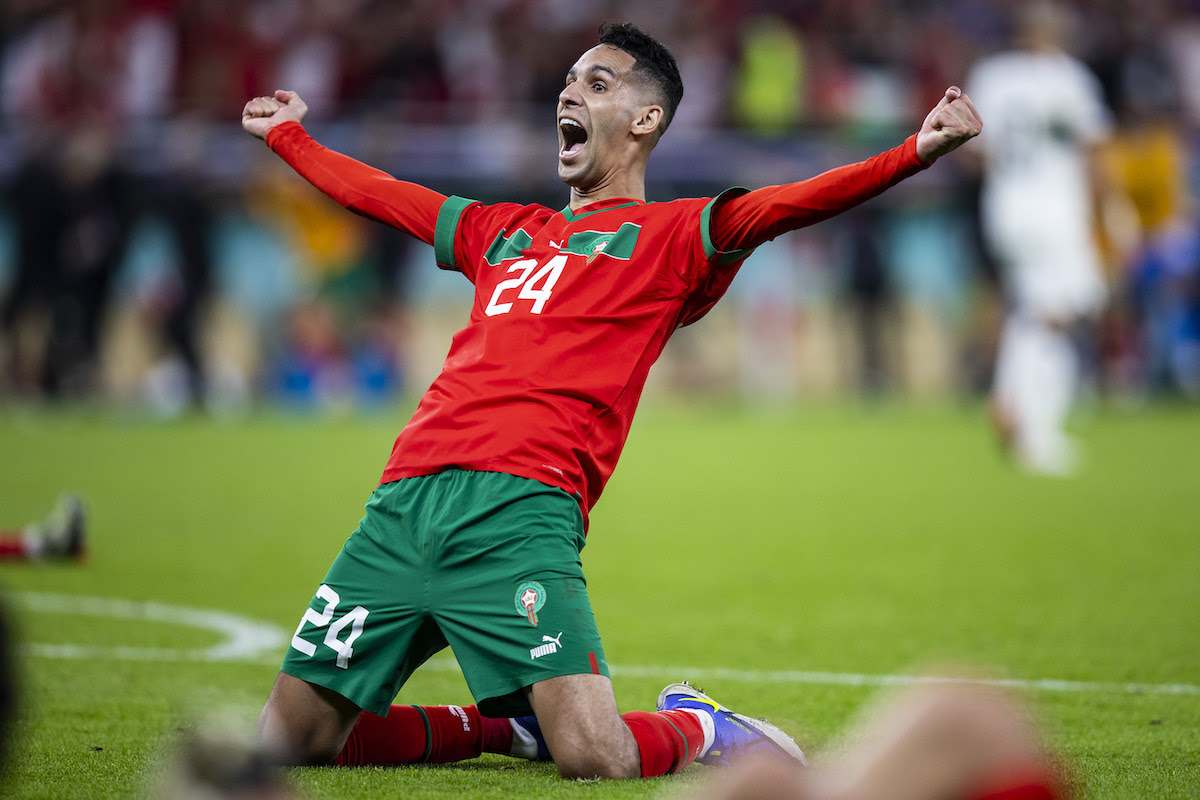 If you weren’t entertained by the World Cup quarterfinals this weekend, check your pulse. All four matches were decided by just two regulation goals. A pair of matches were won on penalty kicks while Morocco and France earned one-goal wins over Portugal and England, respectively. And then there were four — Croatia, Argentina, Morocco, and France.

A shocker on Friday saw Croatia knock off Brazil with a frantic finish. Brazil dominated in regulation — outshooting Croatia 21-11 and 11-1 in shots on the frame — but the match went into extra time tied at 0-0. Neymar scored for Brazil in the 105th minute, but Bruno Petkovic saved Croatia in the 117th before Croatia earned the win in PKs (4-2). The runner-ups from 2018 are back in the semifinals.

Lionel Messi and Argentina are still kicking despite blowing a 2-0 lead late against the Netherlands. Wout Weghorst scored two goals in the waning minutes, including the equalizer at the buzzer (90+11’). In penalties, Argentina held on (4-3). In Messi’s last World Cup, Argentina holds all the cards.

One more for Morocco! The dream run for the only remaining African squad continues after knocking off Cristiano Ronaldo and Portugal in another stunning upset. Portugal out-possessed Morocco a whopping 74% to 26%, but it was a first-half goal from Youssef En-Nesyri was the difference-maker. The 22nd-ranked club in the World Cup is in the final four.

France and England may have been the most intriguing matchup of the quarterfinals, and both teams went back and forth toward a thrilling finish. After trading goals, Olivier Giroud tallied the go-ahead goal for France in the 78th minute. Harry Kane got a look at a PK for England in the final minutes but sailed it over the bar. The French prevailed.

The Guardian: Morocco’s World Cup Oddysey Has Changed What It Means to be The Underdog 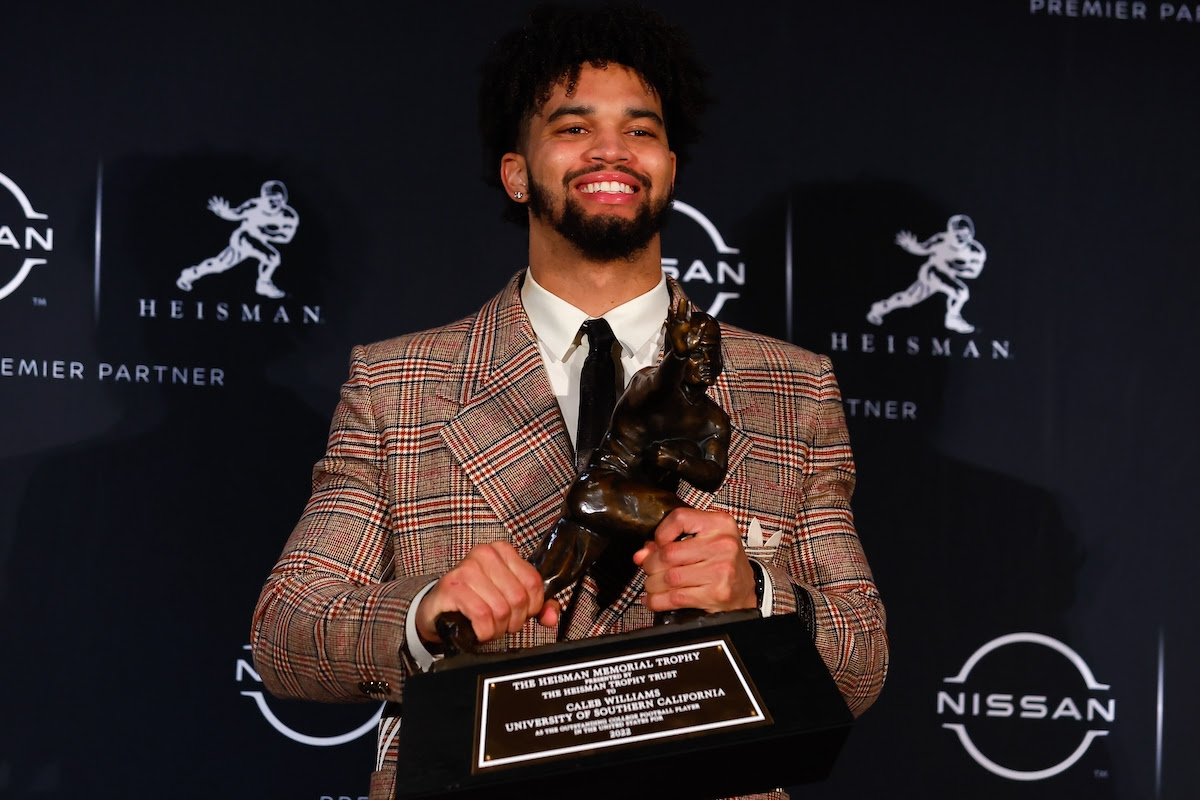 The 2022 Heisman Trophy ceremony was a four-horse race Saturday in New York, but it was the Trojan horse who ran away with college football’s most prestigious award. USC sophomore quarterback Caleb Williams captured the vote after leading the Trojans to an 11-2 season, a narrow miss of the College Football Playoff, and a startling stat line (see below). USC’s only two losses of the year came against Utah. After transferring to Southern California from Oklahoma to follow head coach Lincoln Riley, Williams became the third quarterback under Riley to take home the Heisman, joining Baker Mayfield (2017) and Kyler Murray (2018). He’s also the seventh player in USC program history to win the award, but the three other quarterbacks are heading to the CFB Playoff.

“I may be standing up here today, but y’all get to go to the College Football Playoff. Guess you can’t win them all… While this may be an individual award, I certainly understand that nothing, in this sport or life, is done alone.” — Caleb Williams 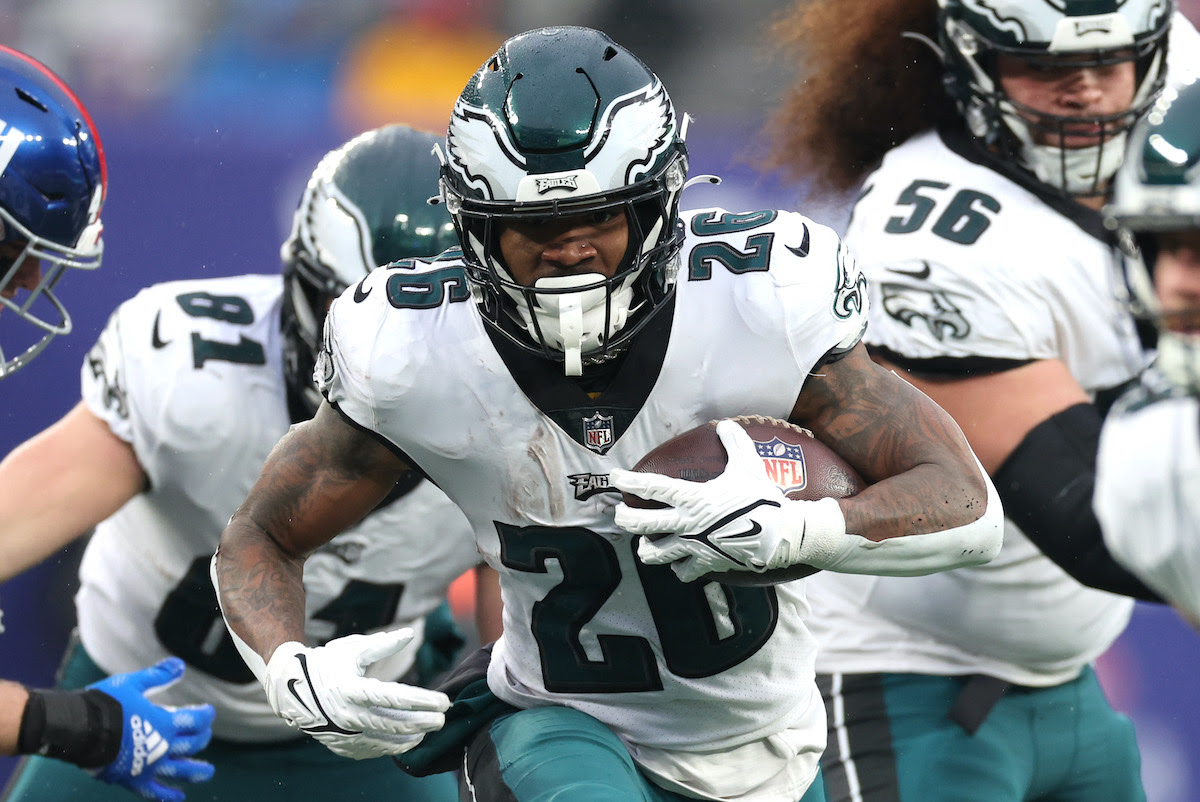 The first team to punch their ticket to the NFL playoffs made it official on Sunday. The Eagles are flying high and into the postseason following a 48-22 shellacking of the Giants in an NFC East blitzkrieg. At 12-1, Philly launched the December season of clinching postseason berths. Meanwhile, a number of other storylines arose on Sunday as the 49ers and third-string QB Brock Purdy absolutely dominated Tom Brady and the Bucs. The 49ers (W6), Bengals (W5), Cowboys (W4), Eagles (W4), and Bills (W4) kept their win streaks rolling. Here’s a look at the Week 14 stats and highlights…

The Zion Era Is Here 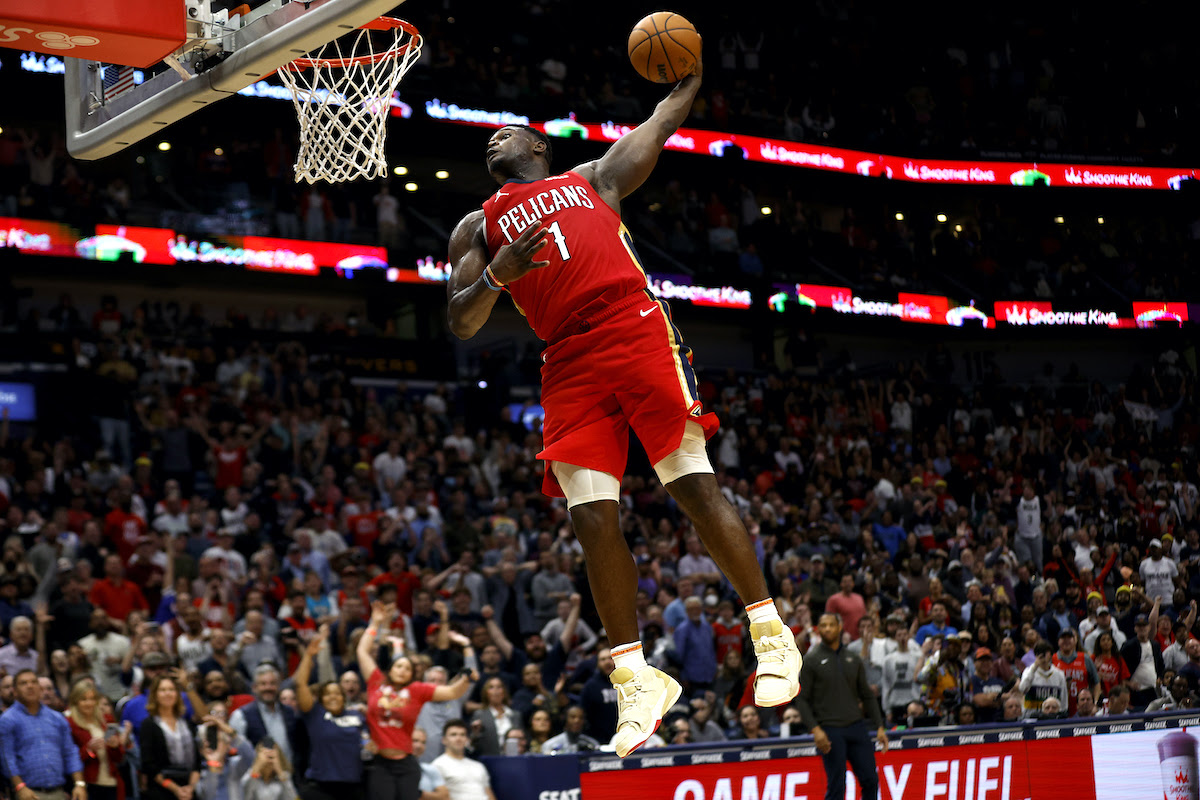 Fans have waited three years to get a full picture of the new-look Pelicans with Zion Williamson in elite form, and the time is now. Zion showed out over the weekend with back-to-back 35-point games that put the NBA on notice. The Pelicans beat the Suns twice to extend their win streak to seven games and officially take over the top spot in the Western Conference. Zion is averaging 29.8 ppg in the month of December while shooting better than 65 percent from the floor, and the Pels (18-8) haven’t lost yet this month. Watch out, NBA. The Zion era could be coming…

Embiid’s Big Weekend: Joel Embiid scored 91 points in two wins for the 76ers over the weekend, including 53 in Sunday’s victory over the Hornets.

Nets Hitting Stride: The Nets extended their win streak to three games on Saturday with a win over the Pacers (136-133) despite being without Kevin Durant and Kyrie Irving. Brooklyn (16-12) has now won eight of their last ten.

Grizzlies Win 4th Straight: Memphis is riding the league’s second-longest win streak at four games after beating the Pistons on Friday (114-103). Ja Morant had 15 points and 12 boards, but he’s averaging 27.7 ppg on the year.

A full boat of NHL highlights ended Sunday with a hat trick from Miko Rantanen that led the Avalanche to a thrilling overtime win against the Blues (3-2, OT). Rantanen’s fifth career hat trick included the game-tying goal with eight seconds left and the OT winner.

The latest rendition of The Match didn’t quite live up to the hype, but fans got to watch Tiger Woods play golf once again. The duo of Jordan Spieth and Justin Thomas beat Woods and Rory McIlroy (3 and 2) on Saturday in Tampa for a winter golf respite under the lights.