You’ve made it to the weekend where the Heisman Trophy and World Cup quarterfinals await. But Thursday’s biggest news featured Brittney Griner’s release from Russia (I can’t wait to see the reunion photos). 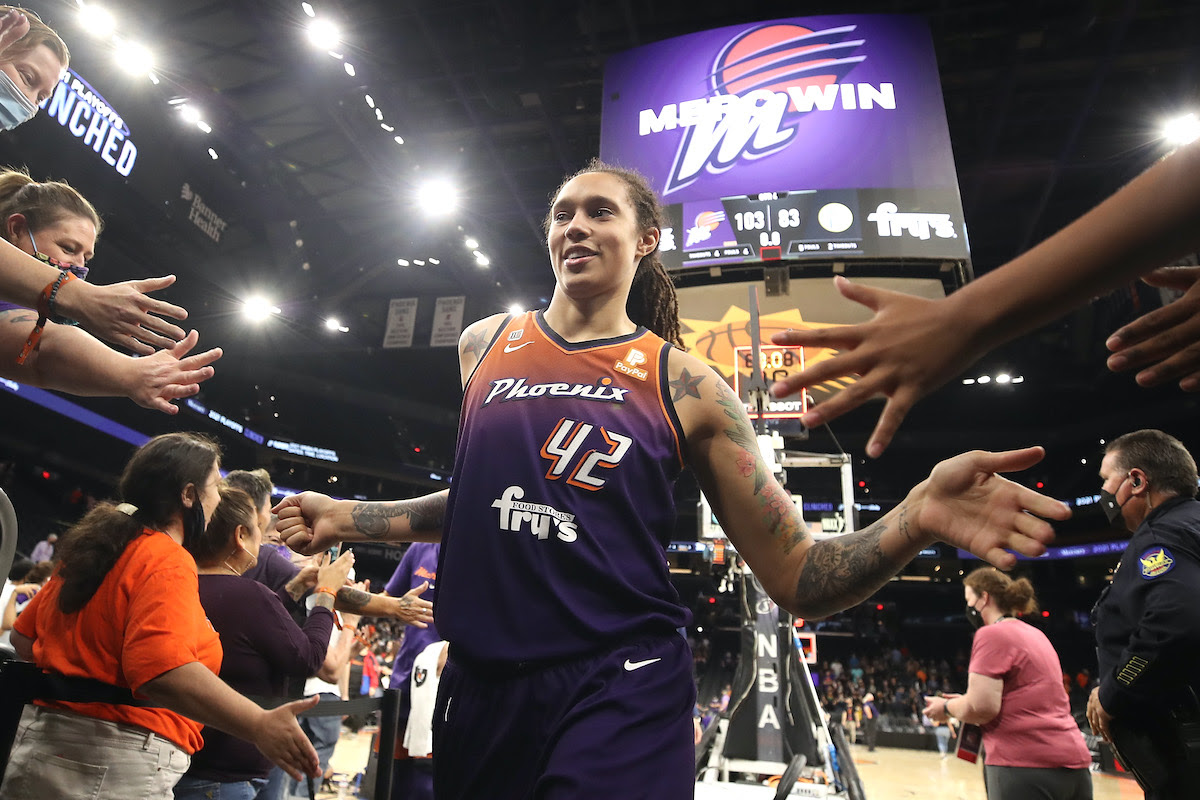 Coming home! After the bizarre scandal that landed WNBA star Brittney Griner in a Russian prison last February, she’s finally free. Griner was sentenced to nine years after being arrested for the possession of cannabis oil at a Moscow airport. Months of legal battles with the Russian court system went awry until Thursday morning. The Biden Administration finally made a deal with Russia for a prisoner swap that included arms dealer Viktor Bout, and Griner is finally coming home.

President Biden tweeted the good news Thursday morning: “Moments ago I spoke to Brittney Griner. She is safe. She is on a plane. She is on her way home.” The tweet included pictures with Biden and Griner’s wife, Cherelle, inside the Oval Office. “This is a day we’ve worked toward for a long time,” Biden said. “We never stopped pushing for her release. It took painstaking and intense negotiations, and I want to thank all the hardworking public servants across my administration who worked tirelessly to secure her release.”

The 2022 WNBA season was marred by the absence of Griner as teams across the league pasted BG42 logos on jerseys, courts and banners to keep the pressure on the government.

A sigh of relief. She’s coming home. And there’s no doubt the reunion moments and photos in the days to come will bring tears to many. Welcome back, BG!

SI: Brittney Griner’s Life is Forever Changed, But Now She Gets To Live It 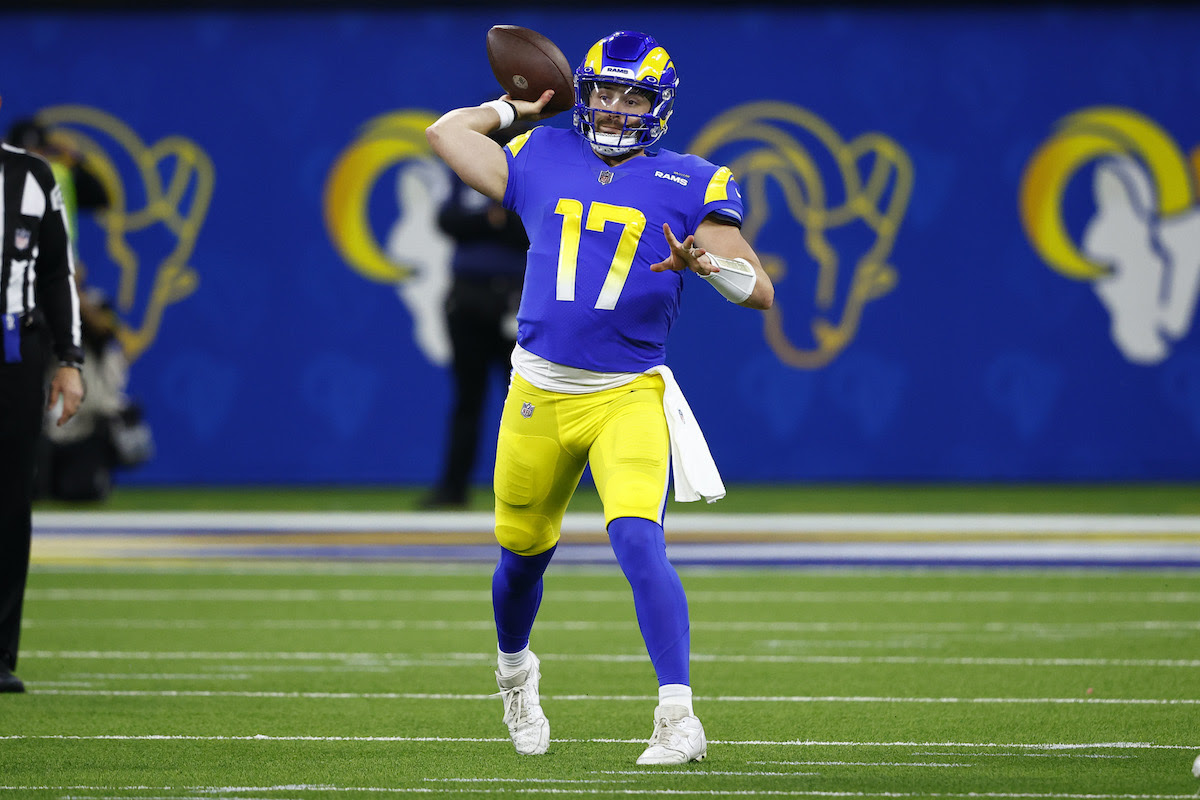 It was Tuesday when the Rams signed QB Baker Mayfield off waivers to fill the void left by injured QB Matthew Stafford. A mere 48 hours later, Mayfield rallied his team from 13 points down in the 4th quarter against the Raiders to claim his first win in Los Angeles (17-16). The Raiders controlled the game for three quarters, leading 16-3 with 12 minutes to play, but Mayfield engineered back-to-back touchdown drives. He capped the night by dropping a 23-yard dime to WR Van Jefferson with 10 seconds left. It was a heartbreaking loss for the Raiders (5-8), but an unbelievable week for Mayfield who went from jobless to primetime hero. The Rams (4-9) just ended a six-game losing streak. Take a bow, Baker. 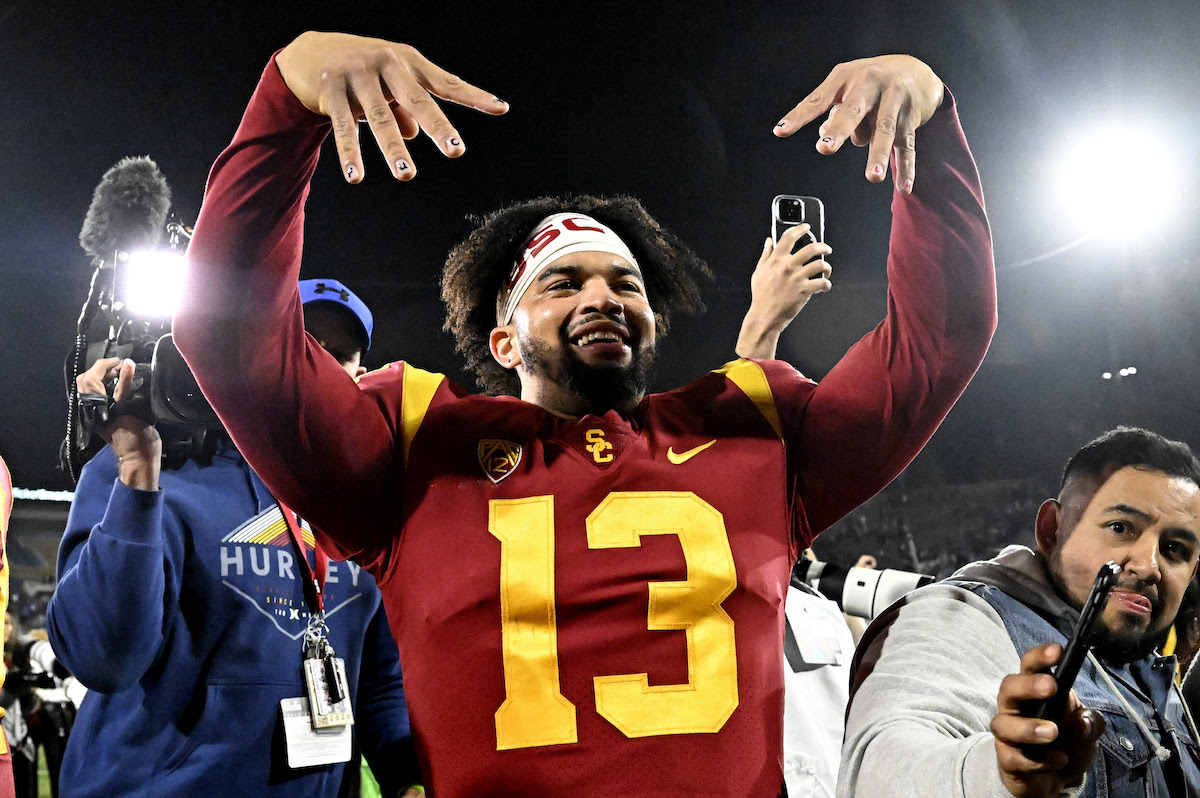 The Heisman Trophy winner won’t be announced until Saturday night, but the rest of the college football awards were handed out on Thursday. USC quarterback Caleb Williams won the big one — Player of the Year — and he’s expected to capture the Heisman tomorrow. Alabama linebacker Will Anderson Jr. took home the Defensive Player of the Year honors, and TCU head coach Garrett Riley earned the Coach of the Year nod after the Horned Frogs went 12-1 to reach the College Football Playoff. Here are all the award winners from Thursday night.

Defensive Player of the Year: LB Will Anderson Jr. (Alabama)

The NBA’s hottest ticket was Nuggets-Blazers on Thursday, and they didn’t disappoint. Damian Lillard (40 points, 12 assists) and Nikola Jokic (33-10-9) put on a show, but it was Jamal Murray’s 3-point game-winner with 0.9 seconds left that iced it for the Nuggets (121-120).

Pierre Luc-Dubois tallied two goals and an assist to lead the Jets to their third straight win on Thursday over the Blues (5-2). Winnipeg (35 points) is now on top of the Central Division after winning seven of their last nine outings.

Only eight teams remain. We take stock of the tournament so far and predict how the World Cup will end. (The Ringer)

In the lead-up to the MLB winter meetings in San Diego, the buzz was that it could be a wild week of rumors, news and moves — and the meetings delivered all of that and then some. (ESPN)

The Case for Each Heisman Finalist

A quarterback-only Heisman Trophy ceremony will still have something for everyone. Here is the primary case for why each should win come Saturday in New York. (USA Today)