If you were anything but a Georgia fan, chances are you turned off the National Championship early last night. If so, you missed the greatest rout in any bowl game, ever. An annihilation on the greatest stage will leave the under-frogs forever remembered on the wrong side of history. It’s back-to-back titles for Stetson Bennett, Kirby Smart, and the Dawgs from the SEC… 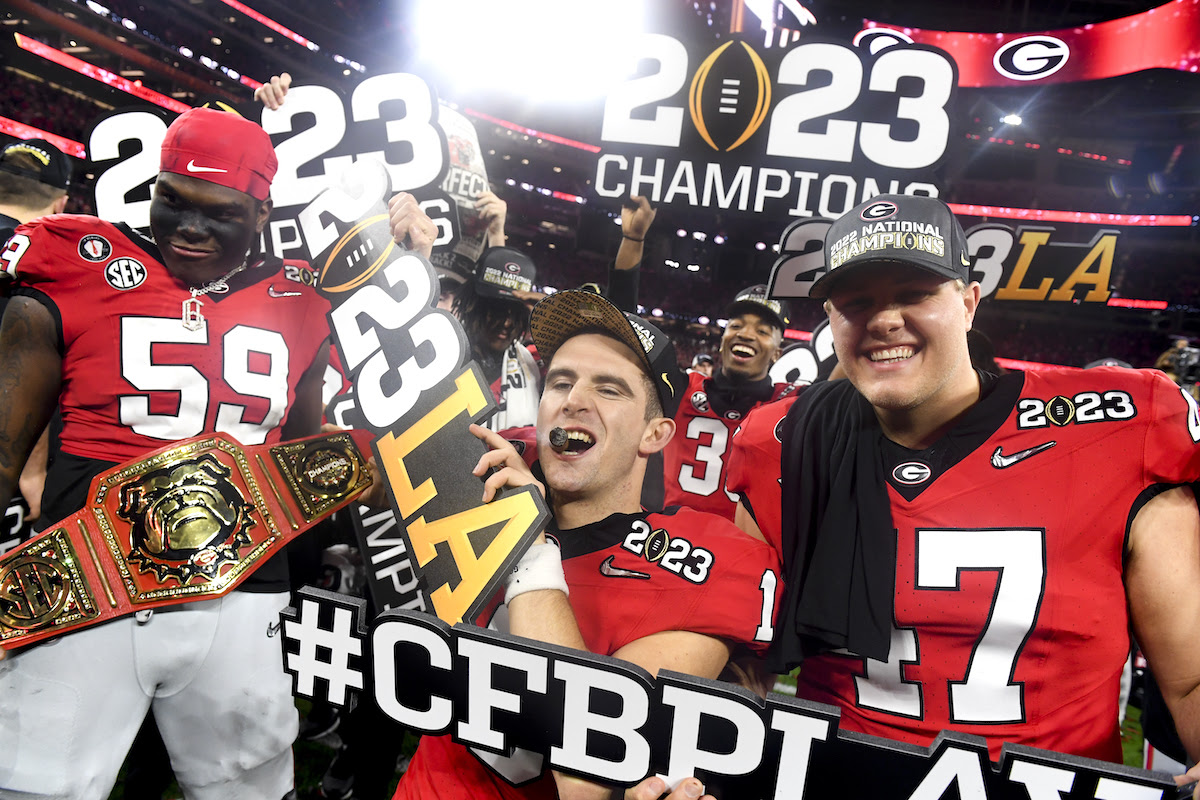 Domination, thy name is Georgia! The Bulldogs and Horned Frogs met Monday night at SoFi Stadium in Los Angeles for the 2022 College Football Playoff National Championship, and it took roughly 15 minutes before the rout was on. Georgia dismantled TCU in historic fashion (65-7), erupting for the largest bowl win ever recorded — in the title game, no less. They’re the first team to win back-to-back titles in the playoff era (since 2014), and the first team to go back-to-back since Alabama in 2011-12.

How the Title Game Was Won

The Bulldogs jumped out to a 10-0 lead early after smothering the TCU offense and forcing a punt and a fumble on their first two possessions, but the Horned Frogs answered back to make it 10-7. That was all she wrote for TCU as Georgia reeled off four straight touchdown drives to end the first half (38-7). Four more TDs in the second half made it the most lopsided bowl game ever played.

Team Stats (By the Numbers)

Georgia outgunned TCU by more than 400 yards (589-188), racked up 23 more first downs (32-9), and won the turnover battle (0-3). The UGA defense also had five sacks while TCU didn’t get to Stetson Bennett at all (5-0). The Bulldogs had eight different ballcarriers rush for more than 250 yards and 5 TDs while Bennett accounted for six total scores (4 passing, 2 rushing). His six TDs matched LSU’s Joe Burrow for the most in title game history.

Fun Fact: Georgia (12.5-point favorites) was the sixth team in the last 25 years to be a double-digit favorite in the national championship. Each of the previous five went on to lose. Georgia covered the spread nearly five times over.

Bulldogs in the Record Books

Not only did Monday night’s blowout make history on the scoreboard as the largest bowl win of all-time, but Georgia also became the fifth team in CFB history to go 15-0. In the process, head coach Kirby Smart became the 25th coach to win multiple titles, and he’s only 47 years old. Bennett — once a walk-on transfer — also becomes just the third collegiate quarterback to win back-to-back titles.

The Dawgs, with the biggest bowl blowout ever seen, are your 2022 CFP national champs. 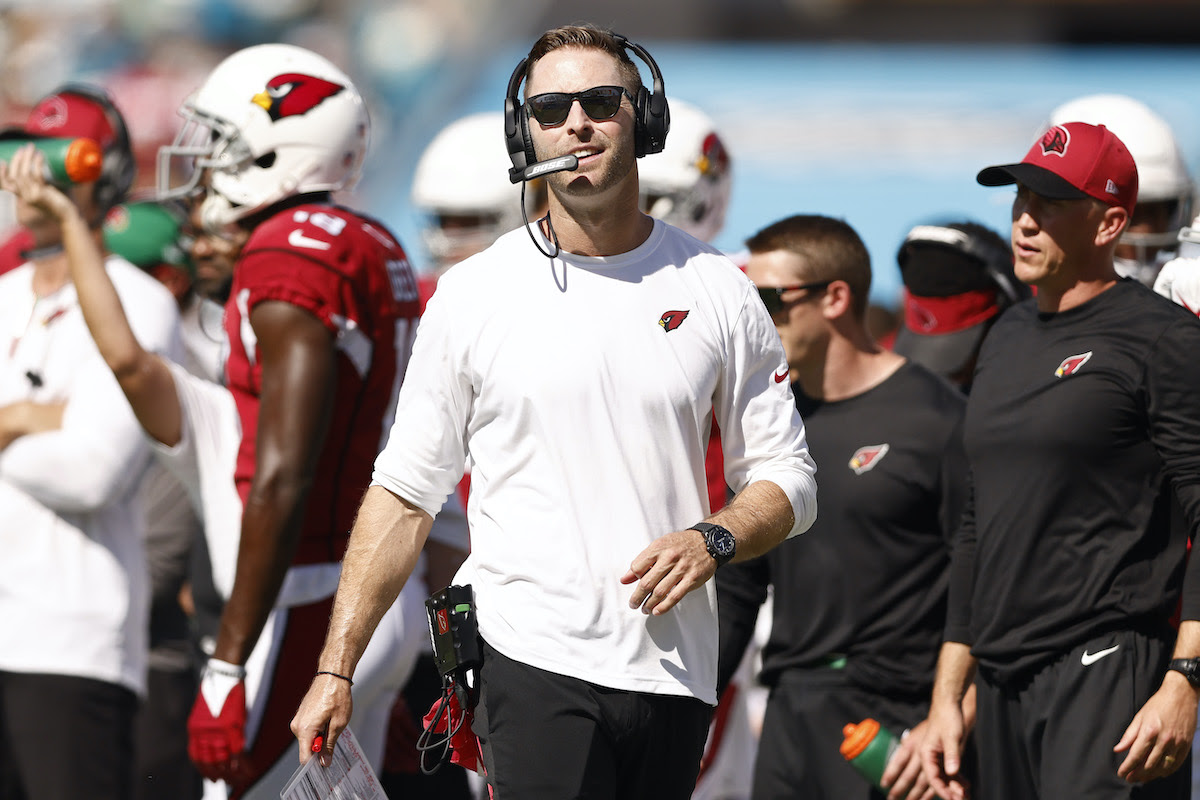 For 14 NFL teams, the dream of Super Bowl LVII lives on. And for 18 others, football waits until next year. Five of those 18 franchises are heading in a new direction with Black Monday clearing the way for new head coaches in 2023. Three teams parted ways with their coaches during the season — Colts, Panthers and Broncos — before the Texans fired Lovie Smith on Sunday. The Cardinals fired Kliff Kingsbury yesterday after Arizona lost seven straight to end the year. General Manager Steve Keim also stepped down, and the Cardinals will revamp their leadership. A lot of question marks and rumors are starting to fly with teams coveted big names like Jim Harbaugh and Sean Payton, but we’ll likely have to wait through the playoffs before seats get filled. Here’s a look at all five vacancies and some of the top available coaches. 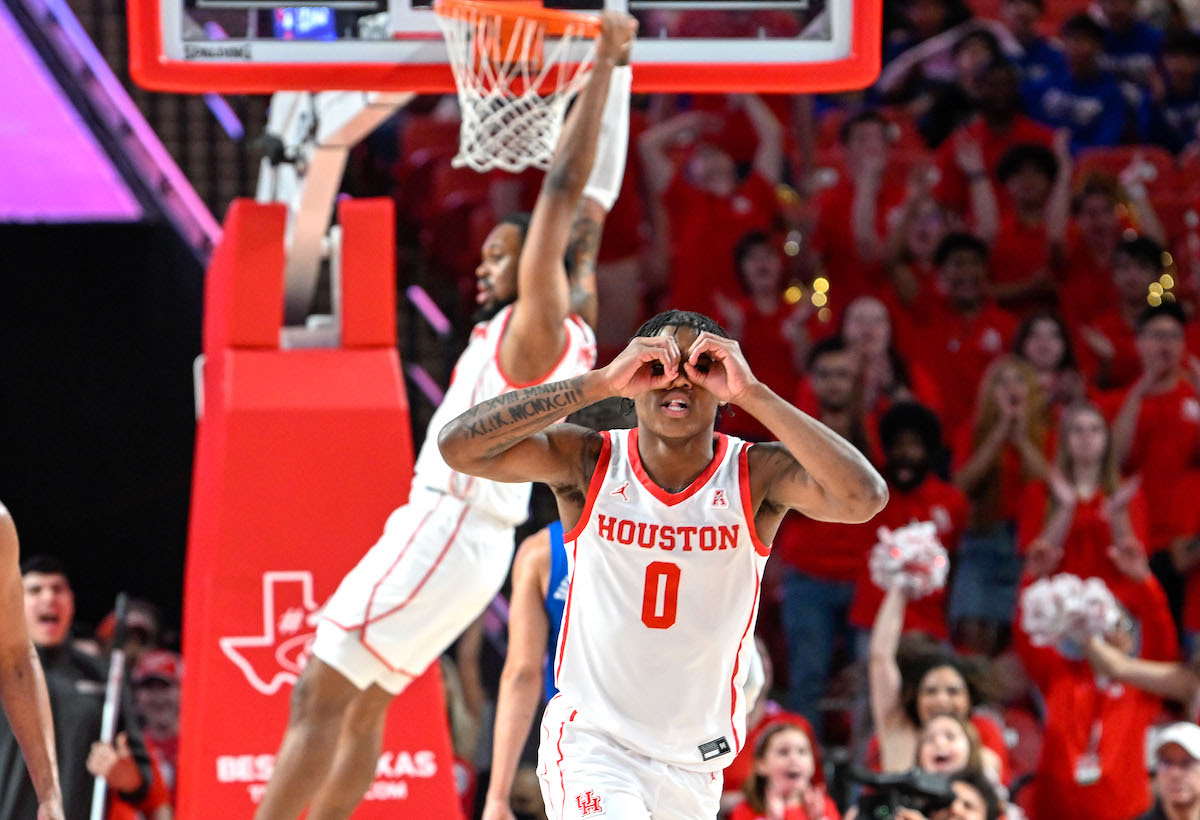 In another game without Ja Morant, the Grizzlies were winners again. Memphis took down San Antonio (121-113) for their seventh straight win thanks to seven players in double figures, including a team-high 24 points from backup point guard Tyus Jones. The Grizz (27-13) are tied with the Nuggets for the West’s top spot.

Don’t look now, but the youngest franchise in the NHL is catching fire. The Kraken are 5-0 in 2023 thanks to a 4-0 shutout over the Canadiens on Monday. Seattle has outscored opponents 26-8, winning each of the last five games by three goals or more. They’re now 23-14-6 (50 points) on the year and third in the Pacific.

J.J. Watt didn’t go out a Super Bowl champion, yet the future first-ballot Hall of Famer and 3-time AP Defensive Player of the Year left at the top of his game. Watt had two sacks and four pressures in his last NFL game, giving him 12.5 sacks in his final season.  (CBS Sports)

What’s Next for Aaron Rodgers?

As Green Bay Packers quarterback Aaron Rodgers walked off the field and into the tunnel following Green Bay’s 20-16 defeat, he wrapped his arms around old friend Randall Cobb and trekked solemnly into the locker room. (FOX Sports)