What a weekend… The NFL Playoffs are down to four, more upsets shook the Australian Open, the NBA’s tank race is officially on, and three top-5 teams fell in college hoops. Let’s take one step closer to Super Bowl LVII where the Eagles, Chiefs, 49ers and Bengals are the last teams standing. 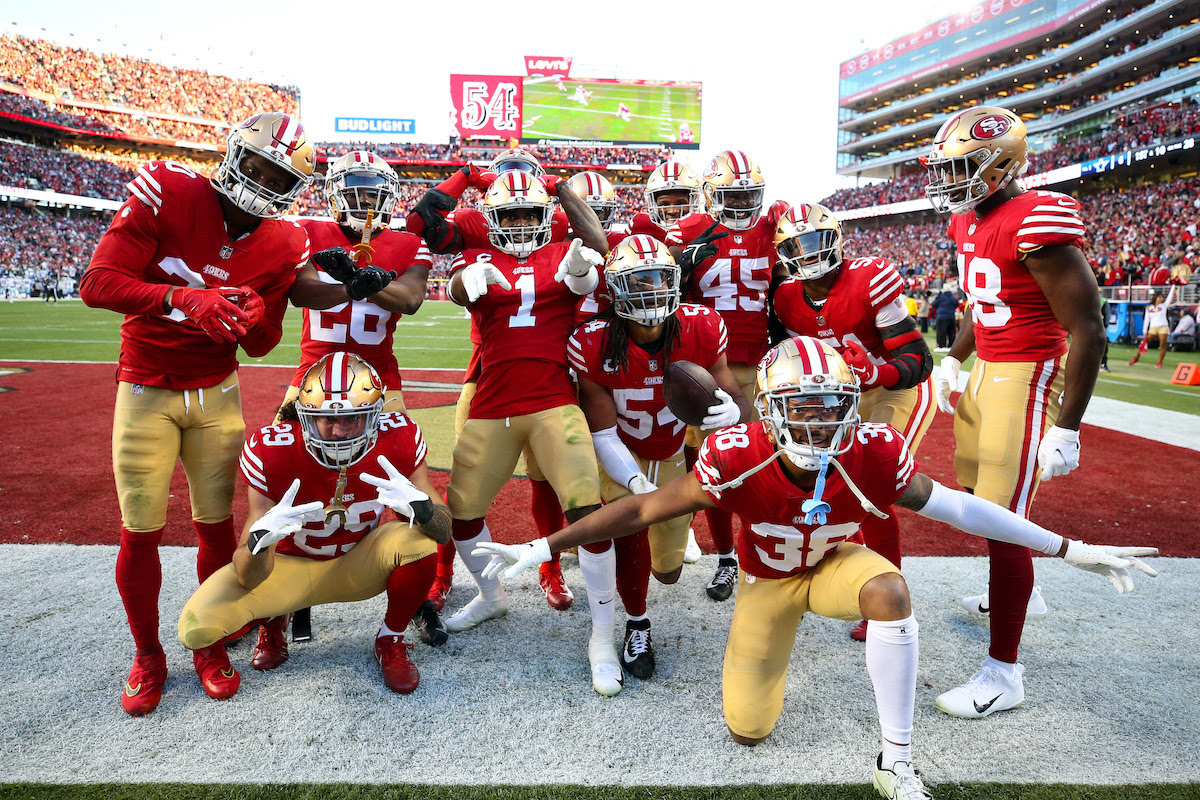 And then there were four! The Divisional Round produced a pair of blowouts and a pair of one-score games over the weekend to whittle the NFL Playoffs down to the final four. The Eagles and Bengals ran roughshod over the Giants and Bills, respectively, while the Chiefs and Niners squeaked by with wins by a touchdown. It’s a rematch of last year’s AFC title game between the Chiefs and Bengals while the Eagles are flying high into a showdown with San Fran. Here’s how the Divisional Round played out:

Patrick Mahomes and the Chiefs held off Trevor Lawrence and the Jaguars in a tight one at Arrowhead on Saturday afternoon. Kansas City never led thanks to an efficient night from Mahomes (22/30, 195 yards, 2 TDs) as he tossed 14 balls to TE Travis Kelce (14 catches, 98 yards, 2 TDs). The battle between Andy Reid and Doug Pederson — Reid’s former quarterback in Philadelphia — belonged to the legend. Reid is now the first NFL head coach with 10 postseason wins for two different franchises.

The only major blowout of the weekend occurred in Philly where the Eagles hammered the Giants and never let off the gas. Philadelphia scored 28 unanswered in the first half behind a massive ground game (44 rushes, 268 yards, 3 TDs). QB Jalen Hurts — who rushed for 1 TD — threw for 154 and 2 TDs, and the Eagles’ defense racked up five sacks while holding RB Saquon Barkley to just 11 touches and no scores. Philly is heading back to the NFC title game for the first time since 2017 when they went on to win the Super Bowl.

The ultra-hyped Bills-Bengals rematch saw Damar Hamlin in attendance for a snowy showdown in Buffalo, but it was all Bengals on Sunday. QB Joe Burrow (23/36, 242 yards, 2 TDs) and RB Joe Mixon (22 touches, 123 yards, 1 TD) led the Cincy offense to a 17-3 halftime lead while Buffalo failed to find offense. The Bengals defense recorded just one sack, but they had eight QB pressures on Josh Allen who failed to throw for a touchdown. He was, however, the Bills’ leading rusher with just 26 yards and the lone touchdown. And for the second straight year, Burrow and the Bengals will meet the Chiefs in the AFC title game.

A field goal outbreak took place in the Bay Area on Sunday night when the 49ers and Cowboys found themselves in a low-scoring defensive struggle. Both teams scored just one touchdown while Robbie Gould went 4-for-4 on field goals for San Francisco. The game was tied 9-9 going into the 4th before the 49ers found the end zone via Christian McCaffrey. Dak Prescott’s two interceptions were the only turnovers. QB Brock Purdy wasn’t flashy, but he didn’t have to be (19/29, 214 yards). The game came down to a last-minute drive where the Cowboys failed to move the ball. The 49ers are heading back to the NFC title game for the second straight season and the third time in the last four years. They’ll do it riding a 12-game win streak.

Another 1 Bites the Dust 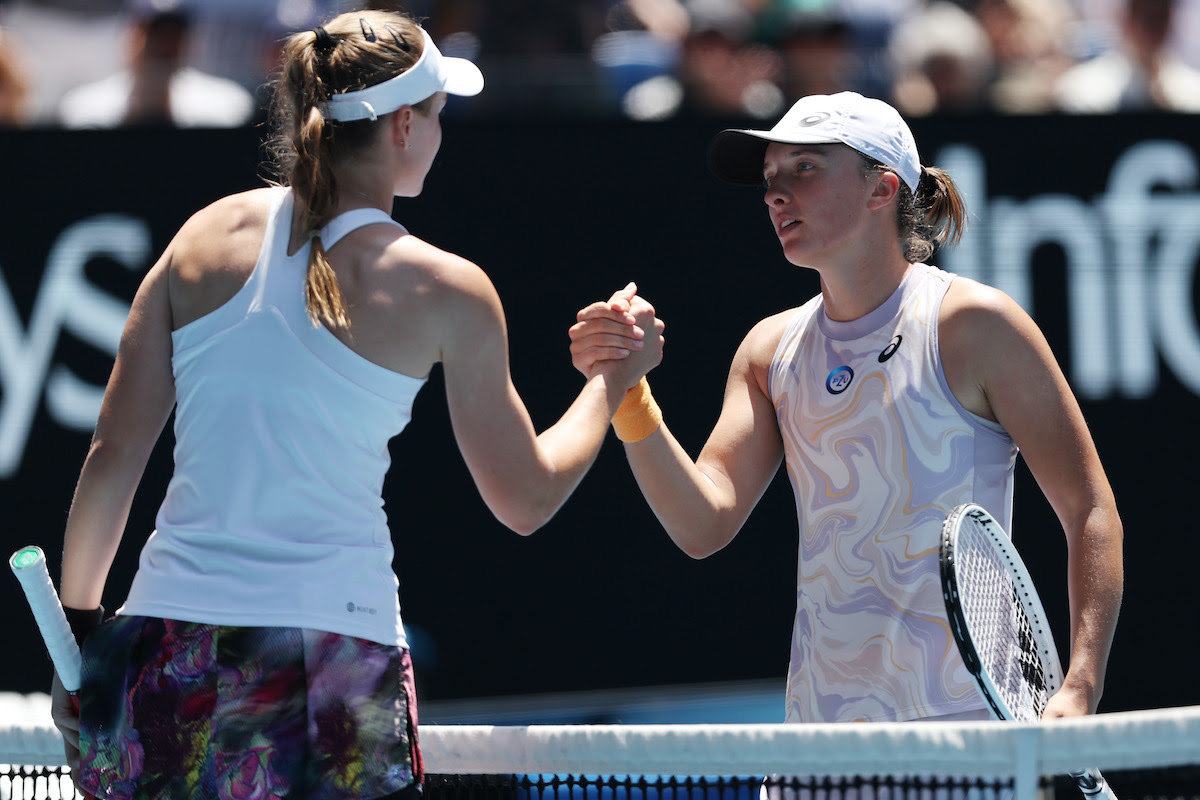 Another 1-seed bites the dust! No. 22 Elena Rybakina shocked No. 1 Iga Swiatek in fourth round of the women’s draw Saturday in Melbourne with a straight-set victory that made Open Era history. With Swiatek’s departure from the Australian Open, she joins No. 2 Ons Jabeur and both the 1- and 2-seeds from the men’s draw (Rafael Nadal and Casper Ruud) on the upset list. It’s the first major in the Open Era where both of the top-two seeds in both draws failed to reach the quarterfinals. And that means the door is wide open for No. 4 Novak Djokovic and a surprise winner in the women’s bracket. Another week down under is coming in fast with the quarterfinals beginning today.

The Tank Is On 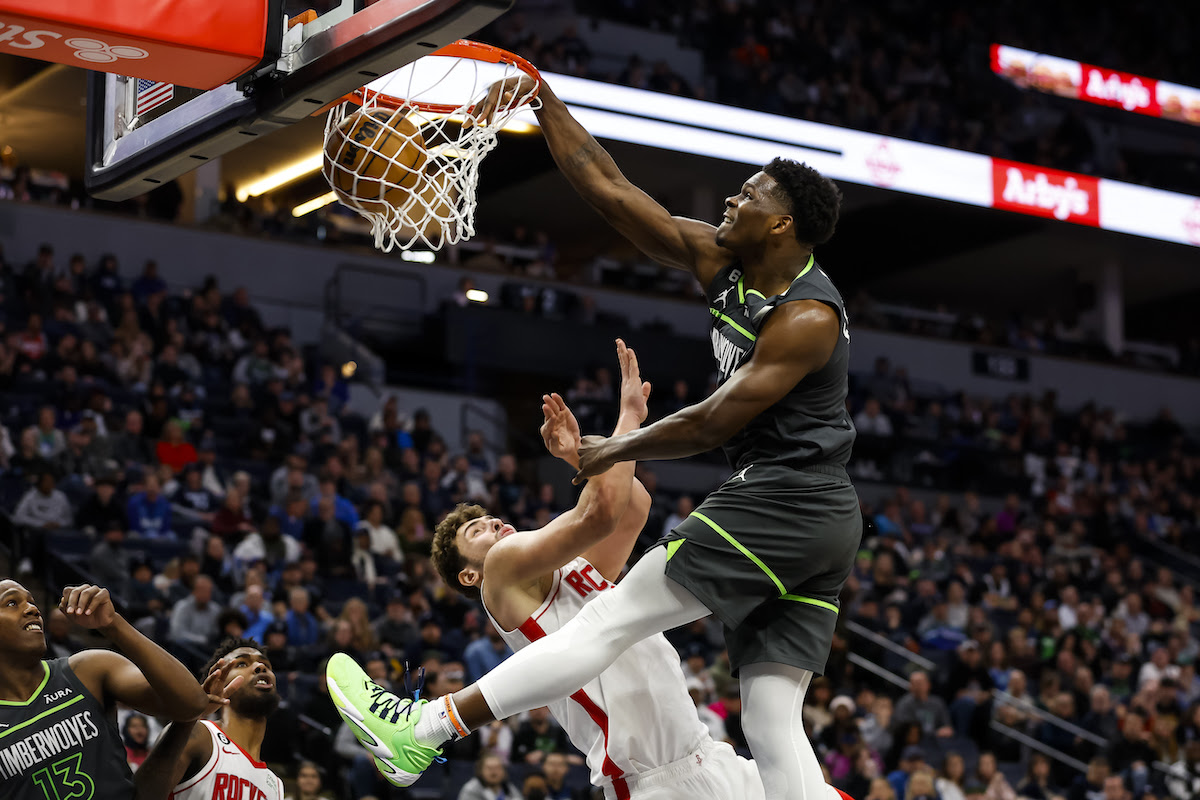 The NBA may have done everything in its power to prevent tanking for the 2022-23 season, but the Rockets are becoming tank artists. Houston dropped its 13th straight game this weekend in a loss to the Timberwolves (113-104) where they got dunked on left and right. The Rockets have also lost 18 of their last 20, and they’ve done it without appearing obvious. And while no NBA team is purposely throwing games, the Rockets have little to play for the rest of the way. They’re 10-36 and on track for the worst record in the league. The Pistons, Spurs, and Hornets are also in line for the No. 1 overall pick. The three worst teams will have a 14% chance to secure the top pick in the NBA Draft Lottery. Here’s an updated look at the teams vying for 7-foot-2 Victor Wembanyama.

Ant Pours In 44: Anthony Edwards put on a show in Minnesota on Saturday when the Timberwolves handed the Rockets their 13th straight loss (113-104) behind Edwards’ 44 points. He shot 17-for-29 with eight 3s and a flurry of poster dunks. Last week, he became the fastest player in NBA history to reach 500 career 3s.

SGA Snaps Nuggets Streak: The Nuggets’ nine-game win streak came to a halt on Sunday thanks to the Thunder and Shai Gilgeous-Alexander’s game-winning layup (101-99). SGA finished with 34 points and OKC has won seven of their last 10. The Vancouver Canucks were on the fast track for another underwhelming campaign and a missed postseason, and they’re officially going in another direction. Just one week after president Jim Rutherford said the team needs “major surgery,” the Canucks fired head coach Bruce Boudreau after just one season and a three-game skid. The 68-year-old hockey icon couldn’t resurrect the Canucks, and Vancouver lost 28 out of 46 games so far this season. Boudreau has been replaced with Rick Tocchet as the Canucks (18-25-3) are nearly a lock to miss the postseason for the 8th time in nine years.

Oilers Catching Fire: Edmonton is now carrying the NHL’s longest win streak after their sixth straight victory on Saturday. They beat the Canucks (4-2) to end Boudreau’s tenure behind Connor McDavid’s 40th goal of the season. The Oilers are within three points of the Golden Knights and Kraken for the Pacific lead.

Avalanche Revival Season: The defending champs have had a rough go in 2022-23, but things are starting to turn around. Colorado topped Seattle in a shootout (2-1) to tally their fifth straight win as they climb back into the Central race.

More than 20 players shot 20-under or better this weekend at the American Express, but Jon Rahm (-27) hung on during Sunday’s frantic finish for a one-stroke win over Davis Thompson (-26). It was Rahm’s second win in three events to open 2023.