Sports can often provide respite from the distressing events of life, but life itself is always more important than a game. On a Monday night filled with college football, NBA history, and NHL scenery, everything was overshadowed by a quick reminder of how precious life can be on Monday Night Football… 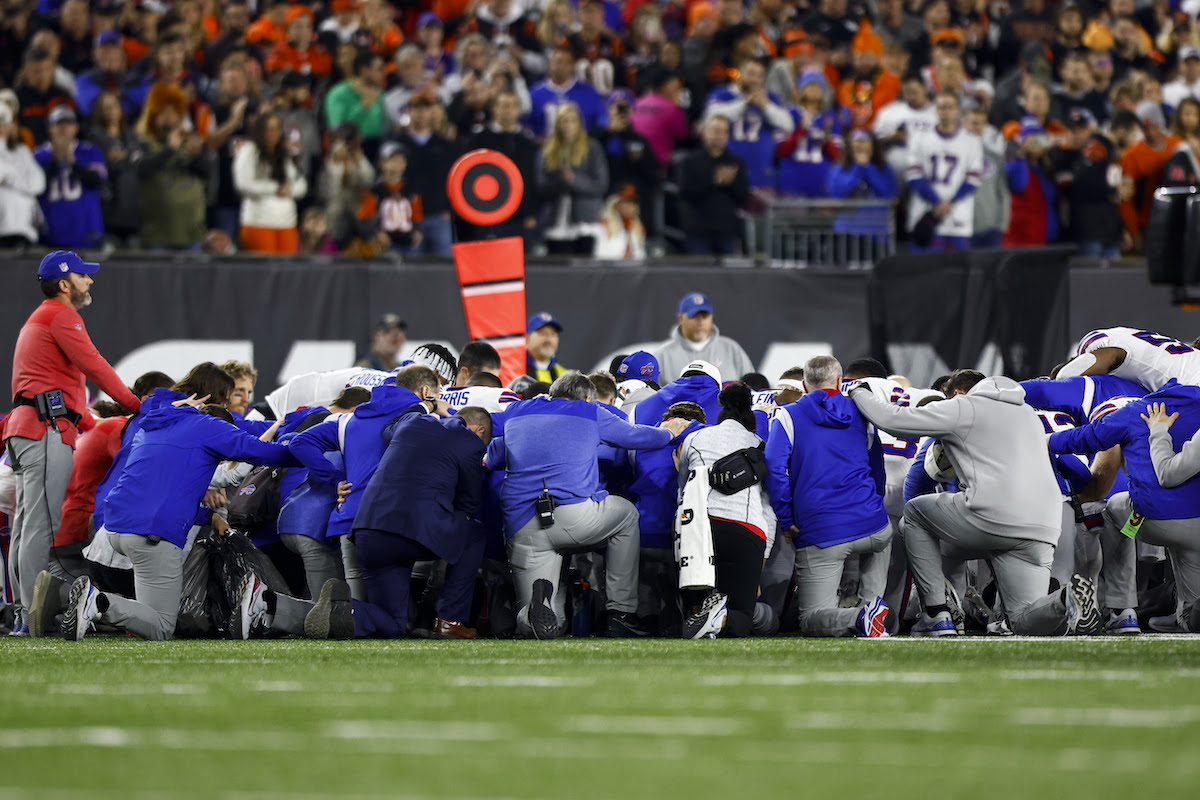 Severe injuries will always be part of the NFL’s violent game, but the sights and sounds of last night’s Monday Night Football matchup were cause for pause after one of the scariest injury moments in recent football memory. A critical AFC clash between the Bills and Bengals with playoff seeding implications quickly dwindled from an important game to, simply, just a game… And one that need not be finished.

With the Bengals leading 7-3 in the first quarter, Bills safety Damar Hamlin appeared to make a routine tackle on Bengals WR Tee Higgins. He stood up after the play, then collapsed. A chilling series of events transpired as team and medical personnel rushed to Hamlin and administered CPR, and the faces of players in tears and distress told the story. Both teams shielded the fans and cameras from the scene, and Hamlin was taken to the nearby University of Cincinnati Medical Center.

The league decided to postpone the game shortly after 10:00 pm ET. There’s no word yet on when or how the teams will resume play. And for the moment, no one cares. Hamlin continued to be in critical condition overnight after suffering cardiac arrest (not head trauma), but new information could be released after the published send time of today’s edition.

Hamlin had taken over as Buffalo’s starting safety in place of Micah Hyde since Week 3. 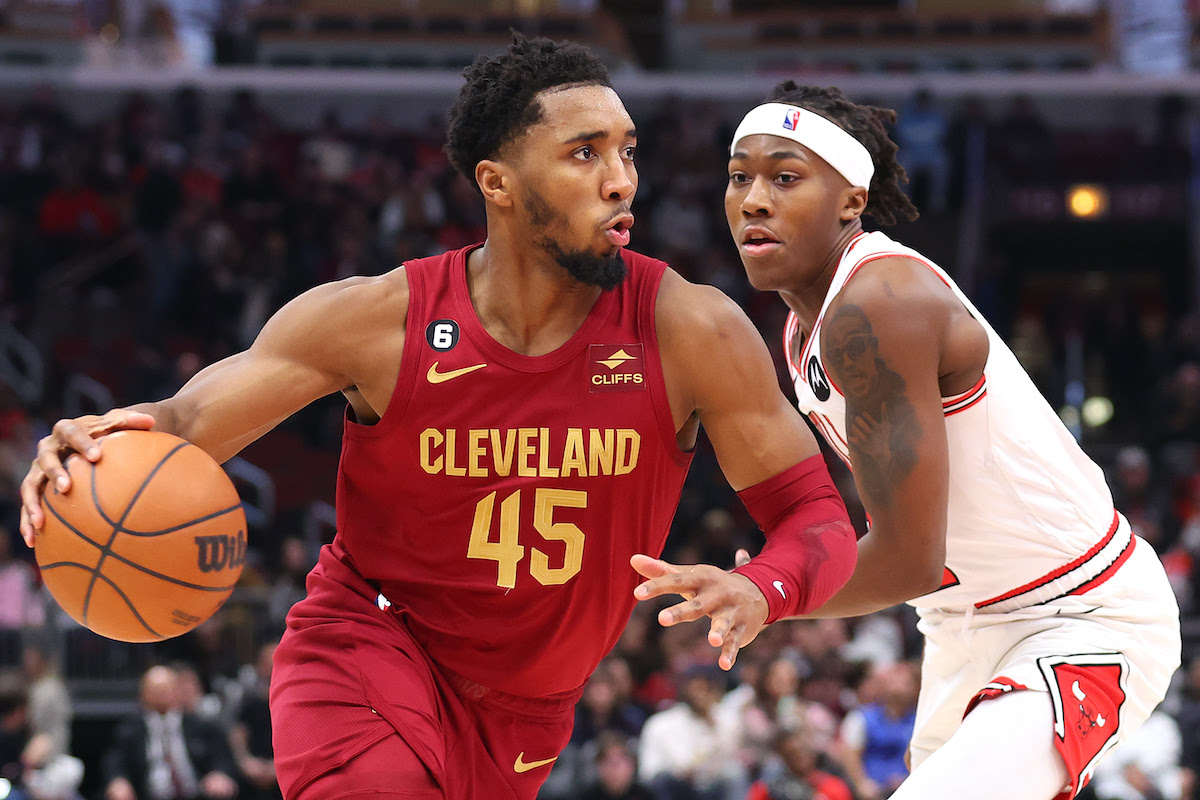 When the Cavaliers swung a trade with the Jazz for Donovan Mitchell, they knew they found their star point-getter. The man called ‘Spida’ scored 71 points to rally the Cavs from 21 down to beat the Bulls in overtime (145-134, OT). It marked the most points the NBA has seen since Kobe Bryant put 81 on the Raptors in 2006 (17 years). Mitchell flirted with a triple-double (71-11-8) en route to a Cavs franchise record thanks to seven triples and 20 free throws. His performance overshadowed a 44-point night from Chicago’s DeMar DeRozan. Mitchell is just the seventh player in the 70-point club in league history, joining Bryant, Wilt Chamberlain, Elgin Baylor, Devin Booker, David Robinson, and David Thompson. Spida just welcomed the NBA into 2023…

Highlight of the Night: LeBron James Throws Down Reverse Alley-Oop 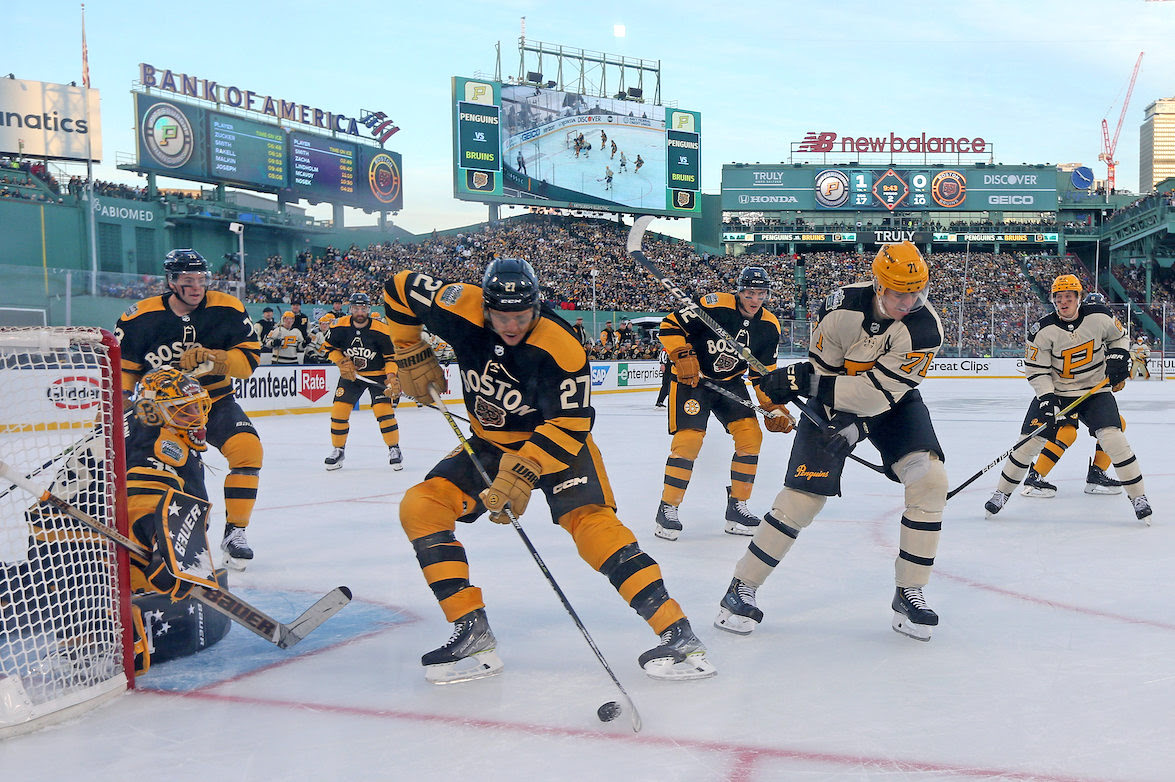 With a full holiday on ice behind us heading into 2023, the Bruins and Penguins opened the week with a spectacle at Fenway Park for the Winter Classic. With an ice rink constructed at the iconic venue of the Red Sox, fans were treated to an afternoon of outdoor hockey, and the home team held strong. The Penguins struck first in the second period, but the Bruins used a pair of third-period goals from Jake DeBrusk to steal a 2-1 win. Boston (29-4-4) is still leading the NHL, and they’re unbeaten in regulation over their last ten games (7-0-3).

USA Today: Best Photos From the 2023 Winter Classic at Fenway 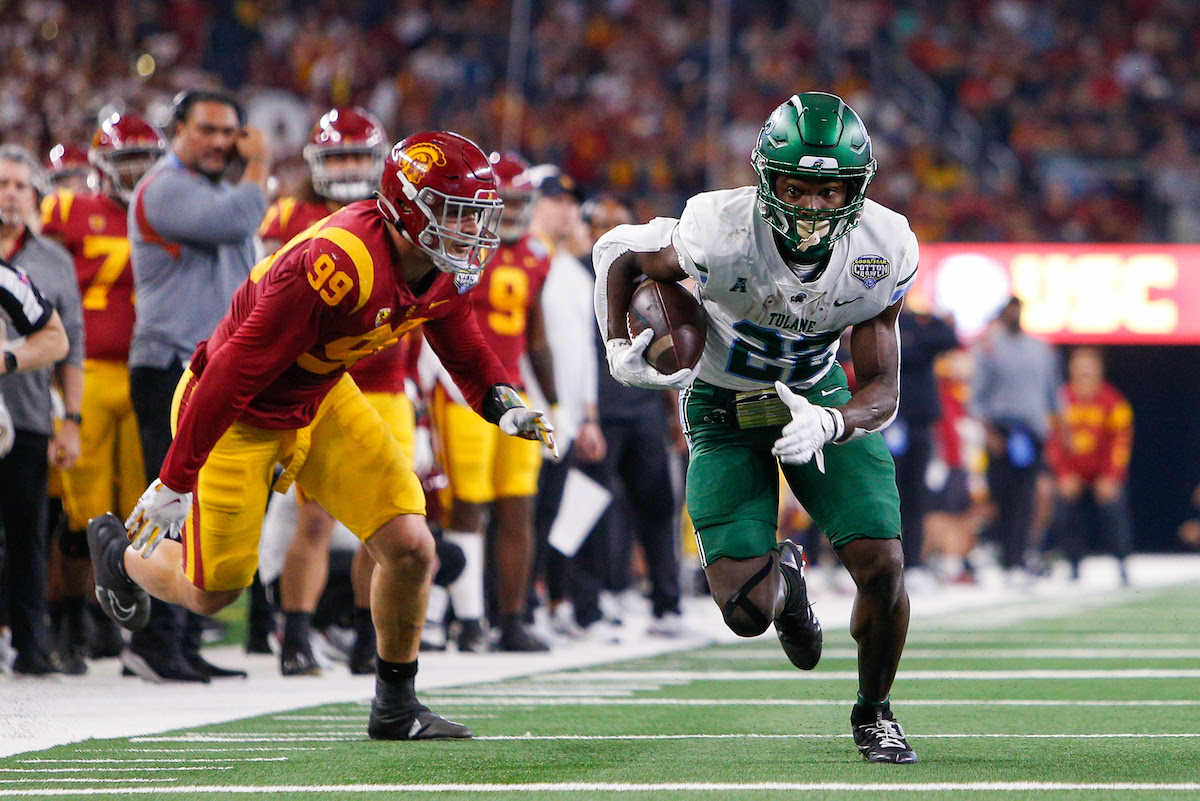 The Final Day of Bowl Games Before The National Championship

The bowl season wrapped up on Monday with four more matchups among ranked teams prior to the week-long lead-up to next Monday’s National Championship. Tulane and USC delivered a thriller, but it was the Green Wave that washed away Heisman Trophy winner Caleb Williams. Penn State outshined Utah in the second half, and LSU made Drew Brees and Purdue look like a high school team. Let’s tie a bow on bowl season before we look ahead to “The Big One.”

The Nittany Lions captured their second Rose Bowl crown Monday night in Pasadena thanks to 21 unanswered points in the second half. Penn State QB Sean Clifford threw for 279 yards and 2 TDs, and RB Nicholas Singleton busted an 87-yard TD run. The PSU defense was also disruptive with six sacks.

Heisman winner and USC QB Caleb Williams did everything he could to lead the Trojans in the Cotton Bowl, but a stunning upset from Tulane stunned Lincoln Riley’s squad. Williams (462 yards, 5 TDs, 1 INT) was electrifying, but Tulane RB Tyjae Spears (17 carries, 205 yards, 4 TDs) ran wild. Tulane threw for the game-winning TD with just nine seconds left.

A no-contest in the Citrus Bowl… Purdue turned to legendary alum Drew Brees as the interim coach for their bowl game with LSU, but the Tigers made quick work of the Boilers in Orlando. It was 35-0 at the half with both teams repping four different quarterbacks throughout the onslaught.

A low-scoring affair in the ReliaQuest Bowl ended with a 16-0 fourth quarter from Mississippi State to turn the tables on Illinois. Only two offensive touchdowns occurred while three field goals and a fumble recovery score delivered the other points for the Rebels.

After a holiday break of action on the hardwood, two teams sit atop the polls where they started before the holidays began. With the UConn men’s team suffering their first loss over the weekend, Purdue’s stranglehold at the top of the men’s AP Poll tightened until hours after Monday’s rankings rollout. For the second straight year, Rutgers stunned top-ranked Purdue in dramatic fashion (65-64). South Carolina is still untouchable in the women’s rankings. With 2023 underway, the march to March and the NCAA Tournaments are shaping up.

It was Week 12. The Green Bay Packers were 4-8. Quarterback Aaron Rodgers had just suffered a rib injury on top of the broken thumb. Green Bay had a 3% chance at the postseason after losing seven of their last eight. (FOX Sports)

The flipping of the calendar from December to January affords a new opportunity for players from across the league’s landscape to make their mark. Here’s a look at five players who will look to build off of the momentum they’ve established in 2023. (CBS Sports)

The calendars are poised to flip from 2022 to 2023, and while it’s not precisely the midpoint of the NHL regular season, it’s a good time to take stock of where teams fall short. For this week’s edition of the Power Rankings, we identify a New Year’s resolution for all 32 clubs. (ESPN)