A busy night in the NBA delivered two overtime thrillers, one game-winner, and a total of seven games decided by one possession. If you like late-game hoops drama, this edition has your name on it. Plus, we take a look at the NFL MVP race heading into Week 18, and another baseball signing breaks the bank. 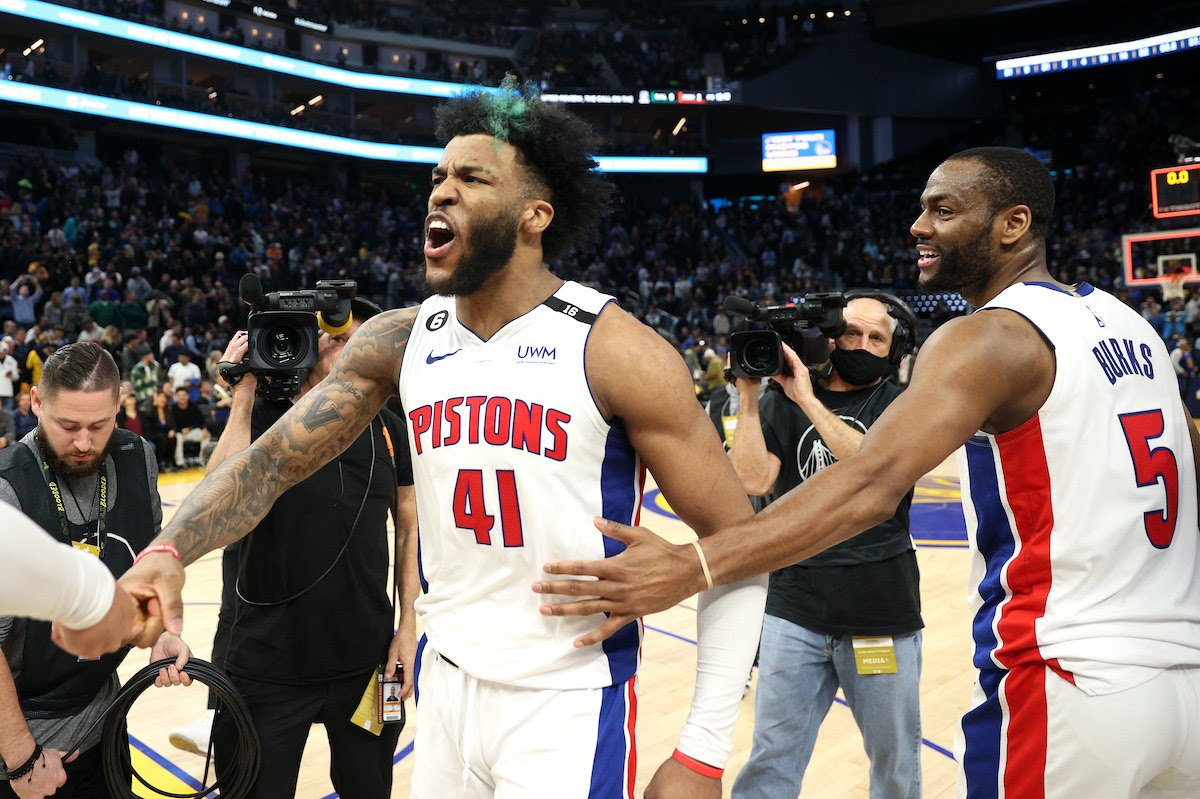 A busy night in the Association featured two overtime games and seven clashes decided by three points or less. One of those occurred in the Bay, and it ended with Bey-hem. The Pistons walked into the Chase Center in San Francisco and put a stop to the Warriors’ five-game win streak with some fireworks. The Warriors rallied late to get Klay Thompson a game-tying 3 with just 1.0 seconds left, but Detroit’s Saddiq Bey called game with a buzzer-beater of his own on the other end (122-119). Bey in the Bay? Can’t make it up.

Bulls Snap Nets Streak: A 44-point night from Kevin Durant wasn’t enough to boost the Brooklyn win streak to 13 on Wednesday. The Bulls handed the Nets their first loss in a month (121-112) thanks to 20-plus from all three front-court players — DeRozan (22), Williams (22), and Vucevic (21).

Trouble in the Desert: The Cavs and Suns met in Cleveland for a clash of teams trending in opposite directions. The Cavs eked out a 90-88 win to claim their third straight and send the Phoenix losing streak to five in a row.

Brunson Goes Big: A barn-burner in Madison Square Garden featured a career-high 38 points from Jalen Brunson as the Knicks held off the Spurs (117-114). Brunson finished with a 38-7-6 stat line on 17-for-27 shooting, and the Knicks are winners of three straight. 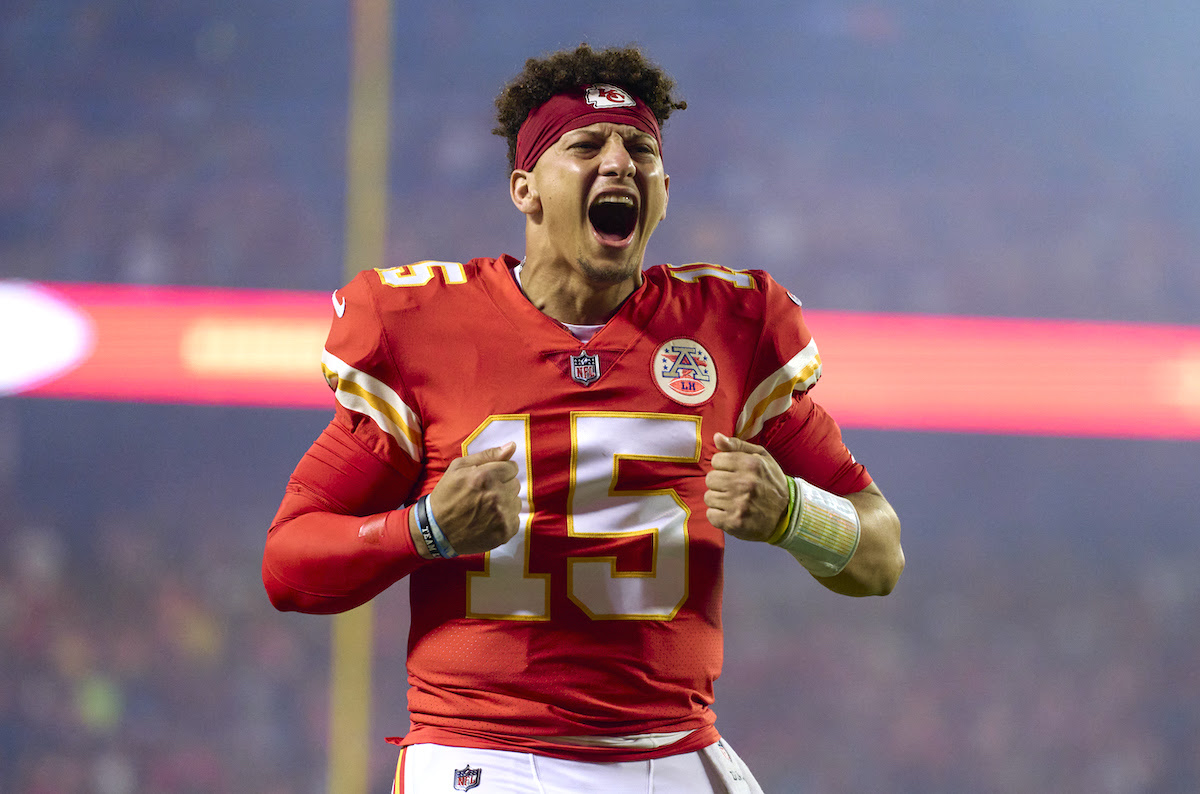 The battle for NFL MVP was a four-horse race among quarterbacks down the stretch, but one player has risen above the rest heading into Week 18. Patrick Mahomes and the Chiefs have won nine of their last ten games with a 3-point loss to the Bengals as the only blip on the radar since mid-October. Kansas City has won four straight, and Mahomes has tossed 10 TDs and over 1,200 yards in that span. Jalen Hurts has fallen down MVP boards after missing the last two weeks — although his Eagles losing both games could work in his favor — and both Joe Burrow and Josh Allen had their head-to-head matchup on Monday Night Football suspended. It’s a four-horse race, but Mahomes is in position for his second career league MVP.

The Guardian: Eagles QB Jalen Hurts Has Boosted His MVP Case by Not Playing 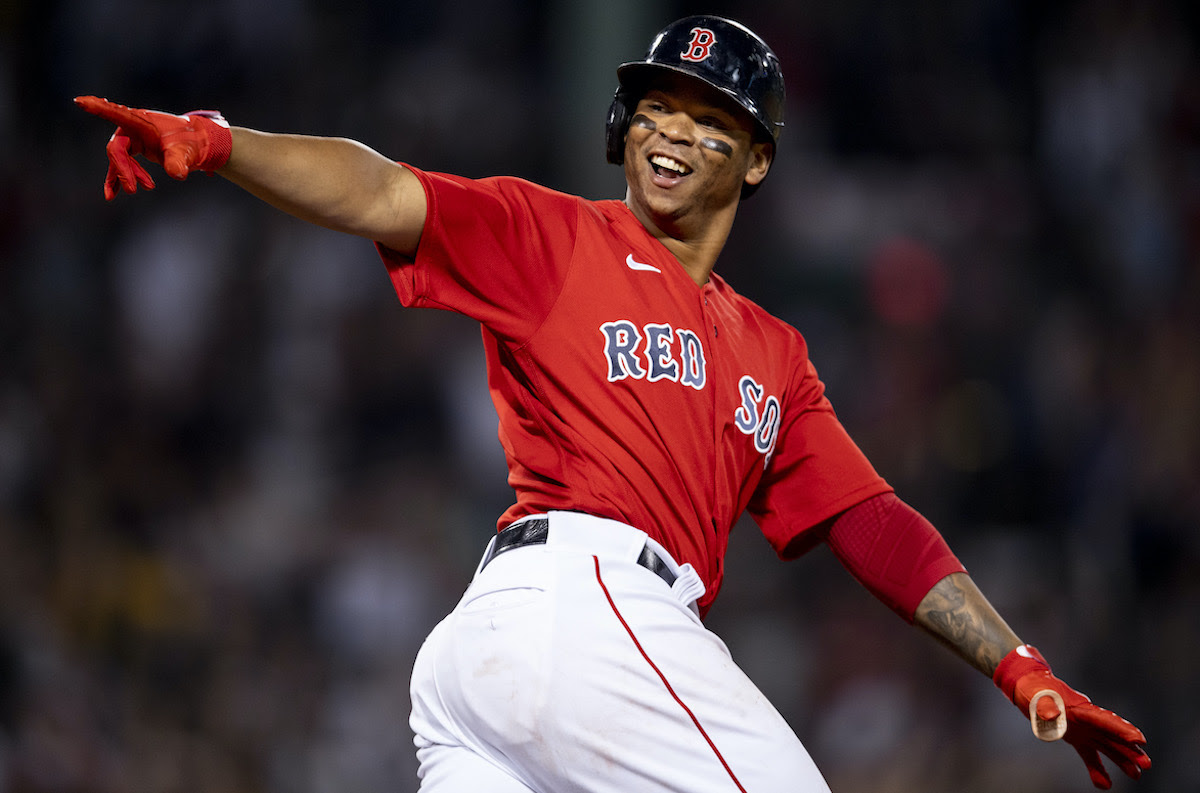 The Red Sox finally won an off-season move on Wednesday. After trading away Mookie Betts in 2020 and watching Xander Bogaerts walk in free agency, Boston started to watch its 2018 World Series roster disintegrate. Instead, they avoided arbitration with 3B Rafael Devers, then signed him to an 11-year, #331 million extension. Devers hit .295 while tallying 27 home runs and 88 RBIs during Boston’s rough 2022 campaign. The Red Sox (78-84) finished dead last in the AL East. His deal is the second-largest contract signed this offseason.

ESPN: Why Rafael Devers Extension is a Move Red Sox Had to Make

We’re entering the final week of the 2022 NFL season. Sure, many teams still have the playoffs ahead, but 18 will be in full prep mode for the 2023 NFL draft by next week. So let’s take a quick look at how Round 1 is starting to shape up. (ESPN+)

Donovan Mitchell rang in the new year with as many fireworks as anyone, scoring 71 points on the Chicago Bulls and tying David Robinson and Elgin Baylor for the eighth-most points ever scored in a single game. (B/R)

The calendar has flipped to 2023 and spring training camps will open in six weeks. Only five of our top 50 free agents remain unsigned and none of them rank among the offseason’s very best free agents. (CBS Sports)