It’s a Wednesday in the dog days of winter, but that’s not stopping sports. Today’s mid-week edition gives us the chance to deep-dive the baby quarterbacks storming through the playoffs. Get ready for history. Plus, chaos in college basketball is ramping up and the Australian Open progresses into Round 2. Tune back in tomorrow as we dissect the NBA’s outrageous scoring spree to open 2023.

QB Babies: The Revolution is Here 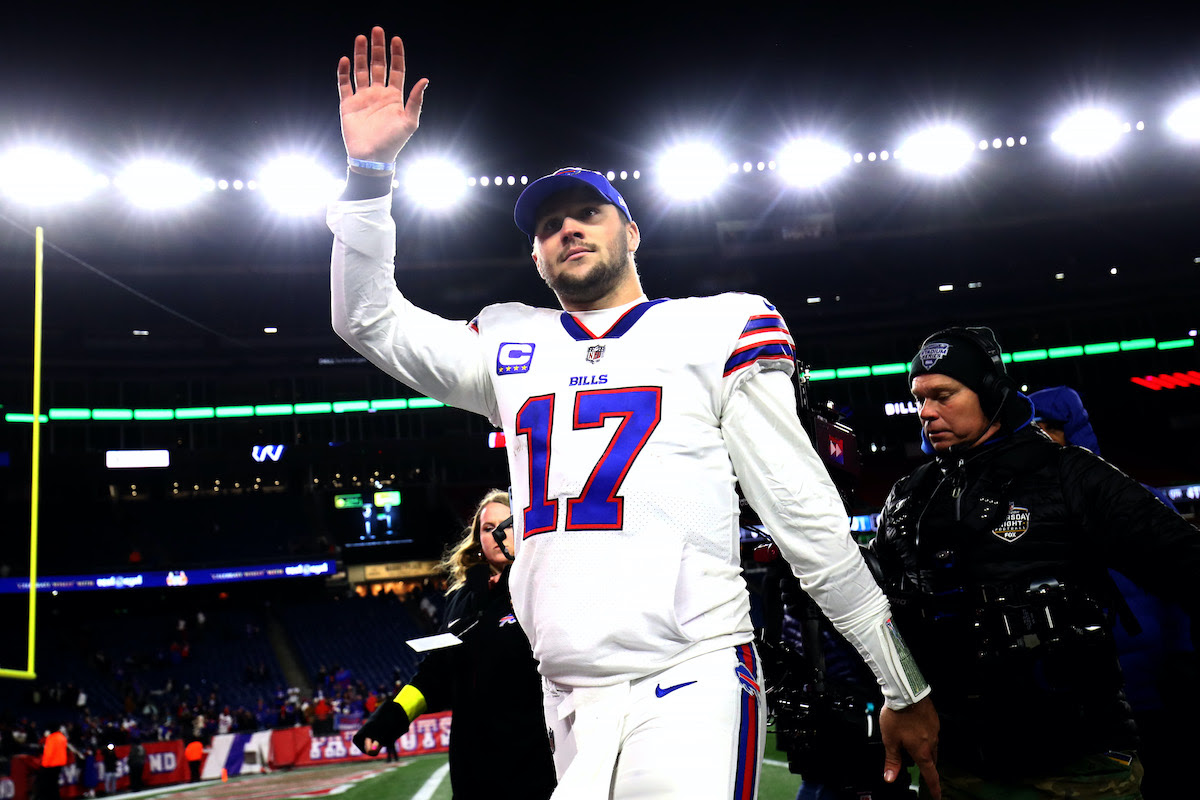 No Tom Brady. No Aaron Rodgers. No Russell Wilson, Kirk Cousins, Mathew Stafford, Matt Ryan, Derek Carr or Ryan Tannehill. There are no QBs age 30 or older in the Divisional Round of the NFL Playoffs, and that’s astounding considering eight of the last ten Super Bowls have featured a QB over the age of 30. In fact, only five Super Bowls since 2000 had both starting QBs in their 20s.

The veteran quarterback still standing? That’s 29-year-old Dak Prescott, who just claimed his second career postseason victory. There’s been ample coverage of the young quarterbacks taking over the NFL in recent years, namely in the AFC with Patrick Mahomes, Josh Allen and Joe Burrow lightning up teams en route to the 1, 2, and 3 seeds. Plus, Trevor Lawrence (23) looks ready to thrive. Don’t forget Tua Tagovailoa (24) and Lamar Jackson (26) who would’ve had a shot to be alive right now if it weren’t for late-season injuries or Justin Herbert (24) who saw his team blow a 27-point lead.

Then there’s the NFC, where Prescott and three playoff rookies are about to duke it out. Jalen Hurts (0 games), Brock Purdy (0 games), and Daniel Jones (1 game) are all in their first year of postseason play. Now, the lights are the brightest, and Prescott’s experience may prove vital.

Fun Fact: The average age of the remaining quarterbacks is 25 — the same age as two-time Georgia championship QB Stetson Bennett.

If you remove Mahomes — who owns significant playoff success in his first six seasons — the other seven QBs account for just 12 total postseason victories, and nearly half of those (5) occurred last weekend.

What About the Coaches?

That’s a very lopsided resume comparison, too. The two teams with the oldest quarterbacks — Kansas City and Dallas — also have the most seasoned play-callers. Andy Reid (19 wins) and Mike McCarthy (11 wins) are the only two head coaches with double-digit postseason victories. Doug Pederson (JAX: 5), Kyle Shanahan (SF: 5), Zac Taylor (CIN: 4) and Sean McDermott (BUF: 4) also have experience, but the wisdom on the Chiefs and Cowboys sidelines could come into play.

In 2023, the gates to a quarterback revolution have been opened, and a few QB babies are about to get thrown into the fire for the first time. Will Mahomes claim the throne and capture his second Super Bowl? Or is there another young quarterback about win his first? Divisional Round incoming… 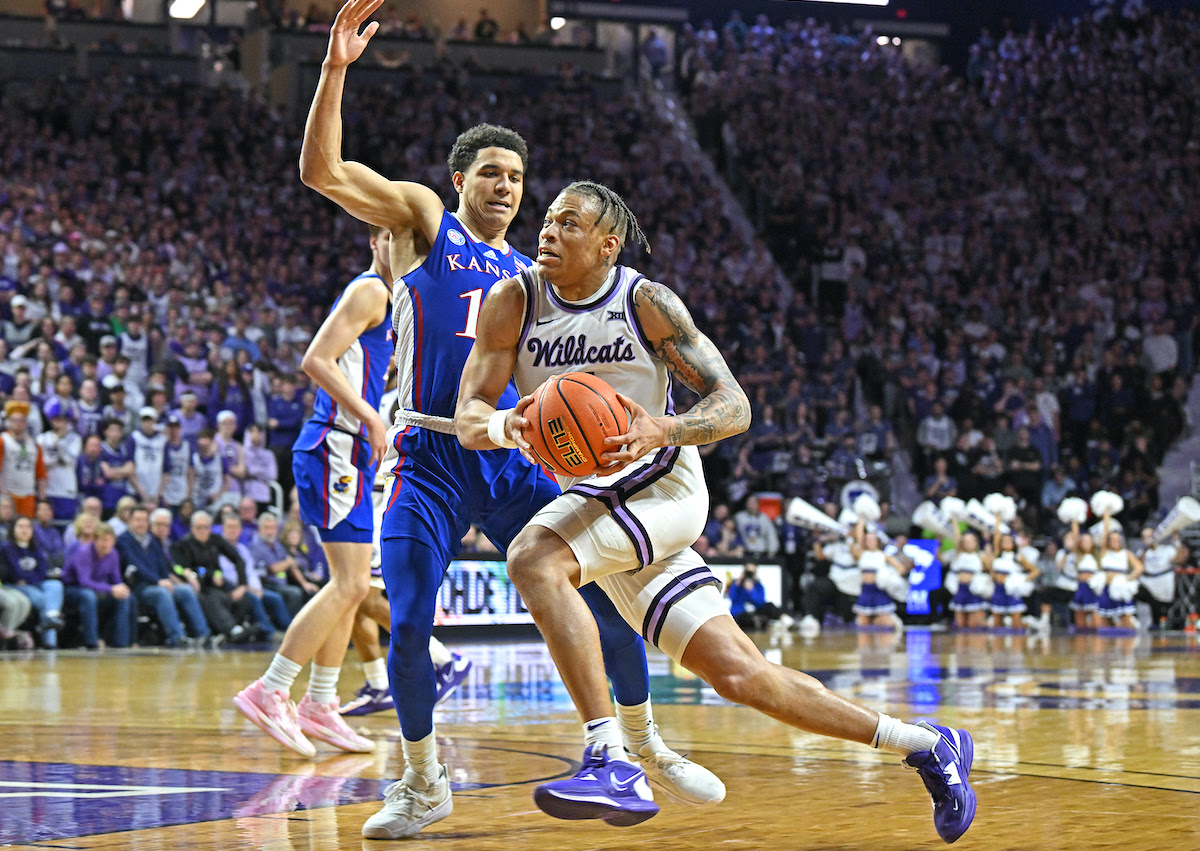 The Big 12 is the best conference in men’s college hoops from top to bottom, and its depth showed on Tuesday night as both #2 Kansas and #7 Texas tumbled. The Jayhawks got a career-high 38 points from Jalen Wilson, but #13 Kansas State got 24 from Keyontae Johnson, including the game-winning alley-oop in the final seconds for a one-point overtime win (83-82, OT). The 12th-ranked Cyclones took down Texas. The entire Big 12 is above .500 with six ranked teams, and things should get interesting down the stretch. Here’s a rundown of last night’s highlights and the latest AP Polls.

The U.S. Women’s National Team traveled to New Zealand for a World Cup tune-up friendly on Tuesday, and they walked away satisfied. The match was scoreless at the half before Mallory (Pugh) Swanson (2), Alex Morgan and Lynn Williams scored four goals in roughly 20 minutes. They’ll square off with Australia on Saturday.

Nikola Jokic (36-12-10) out-paced a 44-point ngiht from Damian Lillard to lift the Nuggets over the Blazers (122-113) Tuesday night in Denver. Jokic tallied his 13th triple-double of the year en route to the Nuggets’ seventh straight win, and they’re now back on top of the West.

On a night where James Harden tallied just six points, Joel Embiid (41 points, 9 rebounds) popped off to put the 76ers on top of the Clippers (120-110). It was Embiid’s eighth 40-point game of the season, and Philly is hot with a three-game streak.

A critical battle in the Atlantic saw the Panthers with the Maple Leafs on the ropes late before William Nylander tied the game in the third (4-4), then won it less than two minutes into overtime (5-4, OT). Mitch Marner also extended his point streak to 19 games.

The Flyers are still clinging to life in the Metro after hammering the Ducks (5-2) behind Kevin Hayes’ first-career hat trick on Tuesday. Rasmus Ristolainen had a goal and an assist, and Philly — after a brutal start — are winners in eight of their last ten and still in the postseason hunt.

Most teams have avoided the temptation to tank for Victor Wembanyama, but there’s still time. There are five cellar dwellers with top trade candidates they could shop around to buyers leading up to the Feb. 9 trade deadline. (Bleacher Report)

The consequences in the playoffs are stark. They’re all laid out for us. You win, you keep playing. You lose, you go home. What else needs to be said? There are plenty of bigger-picture consequences to these playoff games — for the losers as well as the winners. (ESPN+)