We hope you enjoyed the extended weekend and took time on Monday to honor Martin Luther King Jr. Day. Sports everywhere held memorable moments to celebrate the legacy of MLK, and there’s no better way than sports to bring together people of all backgrounds.

“We may have all come on different ships, but we’re in the same boat now.” – Martin Luther King Jr.

Winners of the Wild Card 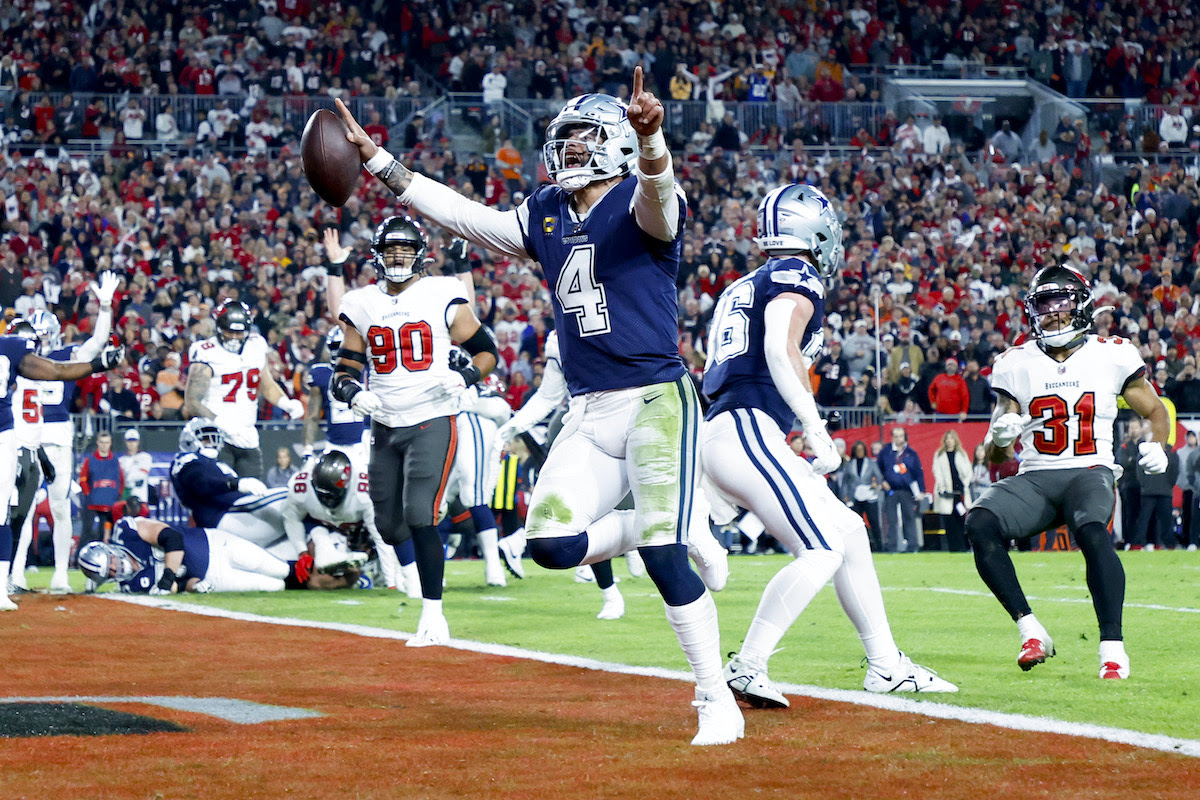 And then there were eight… The NFL’s Super Wild Card Weekend delivered two blowouts and four nail-biters in an epic weekend of playoff football. If you blinked, you missed something spectacular. The Jaguars pulled off one of the league’s most unbelievable comebacks in playoff history, and both NFC East underdogs — the Giants and Cowboys — pulled the upsets. Does that mean Tom Brady might be done for good? Four of the six games were decided by one score. And to top it off, all eight of the remaining quarterbacks have an average age of 25 years old. The veteran? That’s Dak Prescott (29). More on the youthful QB take over tomorrow. But first, let’s run back the first round of the postseason:

A runaway in Tampa Bay! Tom Brady and the Bucs entered the postseason with a losing record (8-9), but they hosted the Cowboys in Round 1 on Monday night. Dallas stormed out to a 24-0 lead in the third quarter before putting it in cruise control. Dak Prescott (329 yards, 5 TDs) tossed 4 TDs and ran for another as he helped the Cowboys get their first playoff win since 2018. Cowboys kicker Brent Maher missed four extra points in a brutal outing, but it was Brady’s first-ever loss to Dallas (7-1) in his career. Could it finally be the last time we’ve seen Brady on the football field?

The biggest blowout of the weekend occurred in San Francisco with a second-half slaughter by the 49ers. The Seahawks marched into the Bay Area and took a 17-16 lead at the half, but the 49ers and QB Brock Purdy erupted for a 25-6 explosion to pull away. Purdy (332 yards, 4 TDs) was brilliant once more while his Christian McCaffrey (136 yards, 1 TD) and Deebo Samuel (155 yards, 1 TD) combined for nearly 300 yards of offense. San Fran plays host to Dallas on Sunday night.

The comeback you had to see to believe! Everything went wrong for Trevor Lawrence and the Jaguars in the first half against the Chargers on Saturday after four turnovers put Jacksonville in a 27-0 hole. A touchdown before the half made it 27-7 before Lawrence and company reeled off a 24-3 second-half spurt, concluding with a 4th-and-1 conversion and a game-winning field goal as time expired. Lawrence (288 yards, 4 TDs, 4 INTs) and head coach Doug Pederson pulled off the third-largest comeback in NFL playoff history, and they’re moving on to face the Chiefs in Round 2.

The Dolphins gave the Bills a scare in Buffalo despite rocking with third-string QB Skylar Thompson. Miami overcame a 17-point deficit in the first half with three turnovers and a flurry of points before the break, but Buffalo prevailed thanks to 392 yards and 3 TDs from QB Josh Allen. WRs Stefon Diggs (114 yards) and Gabe Davis (113 yards, 1 TD) carved up the Dolphins defense, and the Bills get a rematch with the Bengals in the next round after their game in December was canceled from the Damar Hamlin collapse.

The only true upset of Super Wild Card Weekend came in Minneapolis where the young Giants got their first playoff win since Super Bowl XLVI in 2011. RB Saquon Barkley (109 yards, 2 TDs) and QB Daniel Jones (379 yards, 2 TDs) scored 17 unanswered in the first half to take a 17-7 lead, but the Vikings tied it up at 24-all in the 4th quarter before Barkley’s game-winning score. Jones dashed for 78 yards rushing as New York’s X-factor while the Giants defense stifled Kirk Cousins. Minnesota hasn’t won a postseason game since the Stefon Diggs walk-off TD against the Saints in 2019. But it’s the Giants heading back to Philly in Round 2.

Another AFC lower seed without their starting quarterback gave it everything they had. The Ravens — without QB Lamar Jackson — kept things tight with the Bengals in Cincinnati on Sunday night behind QB Tyler Huntly, but one play shifted the momentum early in the 4th quarter. With the Ravens on the goalline in a 17-17 game, Huntley extended for the touchdown, but Logan Wilson punched the ball loose. Sam Hubbard scooped the ball and took it 98 yards for the deciding touchdown (24-17). The Bengals survive, and they’re heading to Buffalo in Round 2.

B/R: Bucs Playoff Loss Signals Tom Brady’s Tampa Exit, So What Should He Do Next? 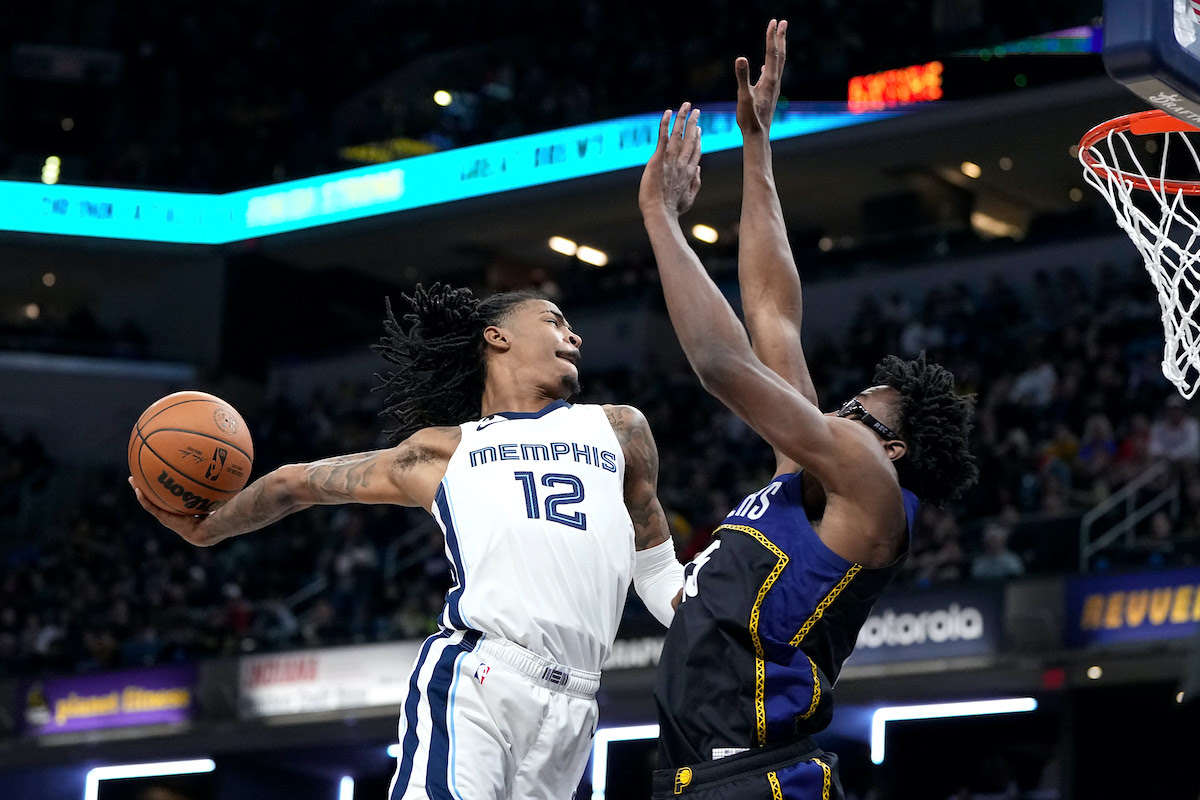 Ja Morant Throws Down Dunk of the Year in Weekend Dedicated to Martin Luther King Jr.

The NBA celebrated Martin Luther King Jr. Day with a weekend of tributes throughout the Association, including pregame videos, warm-up shirts and plenty more to honor King’s legacy. Among the highlights were more high-octane scoring performances, but one dunk ruled the weekend in the Grizzlies-Pacers showdown on Saturday, and it came via the man from Memphis. Ja Morant crossed over on a pick-and-roll and put Indiana’s Jalen Smith on an absolute poster with a cock-it-back tomahawk that shook the world. The play went viral in a heartbeat and won the weekend as Morant and the Grizzlies beat the Pacers (130-112).

Watch: Ja Morant Throws Down Dunk of the Year in Grizzlies Win

Tatum Fires 51: The high-point man of the weekend belonged to Celtics’ Jayson Tatum on Monday with 51 points in a win over the Hornets (130-118). Tatum drilled seven 3s, and Boston is still atop the NBA riding a seven-game streak.

Grizzlies Streak Hits 10: Ja Morant won the weekend with his highlight on Saturday, but the Grizzlies weren’t done there. Memphis crushed the Suns on Monday (136-106) to extend their league-best win streak to 10 as they’re still deadlocked at the top of the West (30-13). 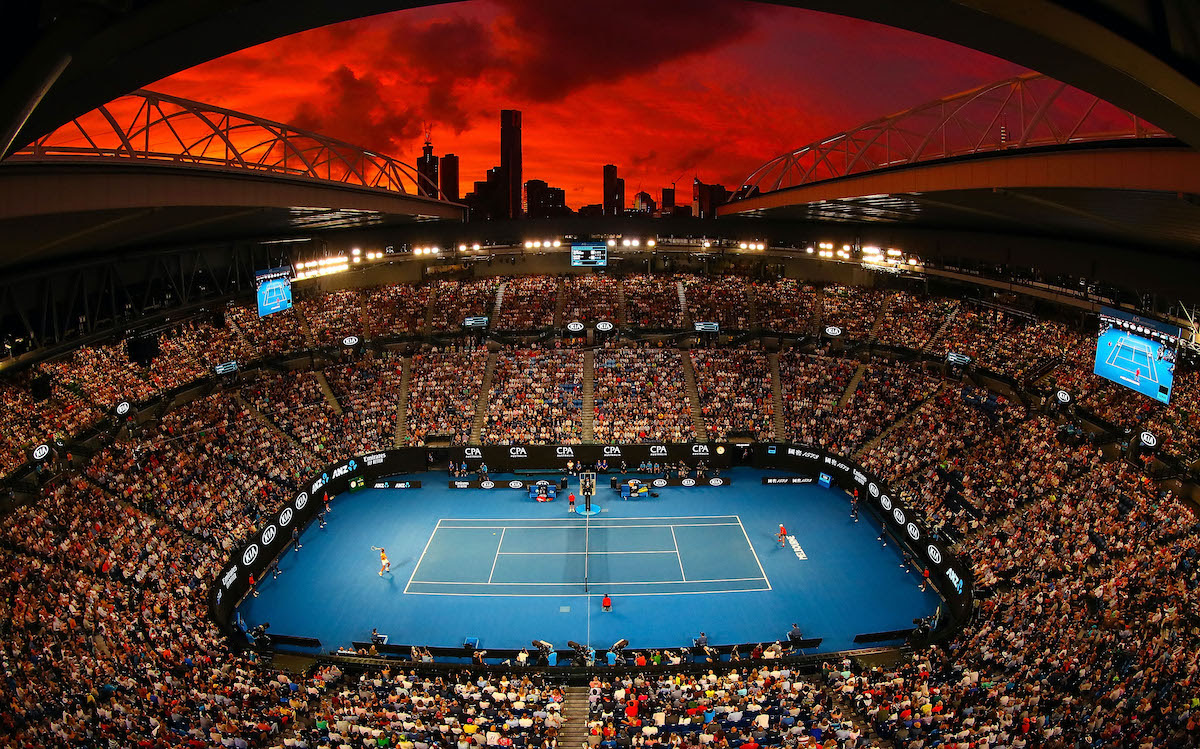 The first tennis slam of 2023 is off and running down under. The Australian Open is officially open for business in Melbourne, and most, if not all, of the world’s best players are beginning the two-week campaign for the first major of the year. The time zone schedule challenges mean most of the action will occur overnight for viewers in the United States. We’ll have coverage of the top seeds throughout the next two weeks, but no major upsets thus far.

A long weekend of college hoops saw three top-10 teams get upset in the men’s game while two of the top 3 narrowly escaped. In women’s hoops, No. 2 Stanford topped No. 8 UCLA on Friday before getting caught in a trap game against USC on Sunday — a day when nearly all top-10 teams dominated. Expect some shakeups in today’s rankings.

The latest NHL win streak came to a halt on Monday with a three-goal third period to lift the Lightning over the Kraken (4-1). Brandon Hagel had a goal and an assist. Seattle had won eight straight for a franchise record win streak in Year 2, but Tampa Bay is now hot with a four-game streak.

The first Manchester Derby of 2023 brought plenty of drama in the Premier League. Manchester City took a 1-0 lead on Jack Grealish’s 60th minute, but United scored twice in five minutes down the stretch to win on Marcus Rashford’s go-ahead strike (2-1).

The PGA Tour schedule made its second stop in Hawaii for the Sony Open over the weekend, and Si Woo Kim (-18) outlasted the field with a pair of 6-under 64s in Rounds 3 and 4. He held off Hayden Buckley (-17) and Chris Kirk (-15) for his fourth career victory.

The Cardinals, Broncos, Texans, Panthers, and Colts are all in need of a new coach. Here’s a look at where all five current head coaching searches stand entering Super Wild Card Weekend, based on conversations with sources familiar with the process. (NFL.com)

Trends That Defined the NBA’s 1st Half

While the All-Star break isn’t for another month, the second half of the 2022-23 NBA season has already begun. Let’s break down the big on-court developments that have defined the first half. (ESPN+)

If the NHL was a school these aren’t the grades that really matter. There are overachievers, underachievers, and those right on target — but the key is that teams still have a few months to make changes, for better or worse. (The Athletic)