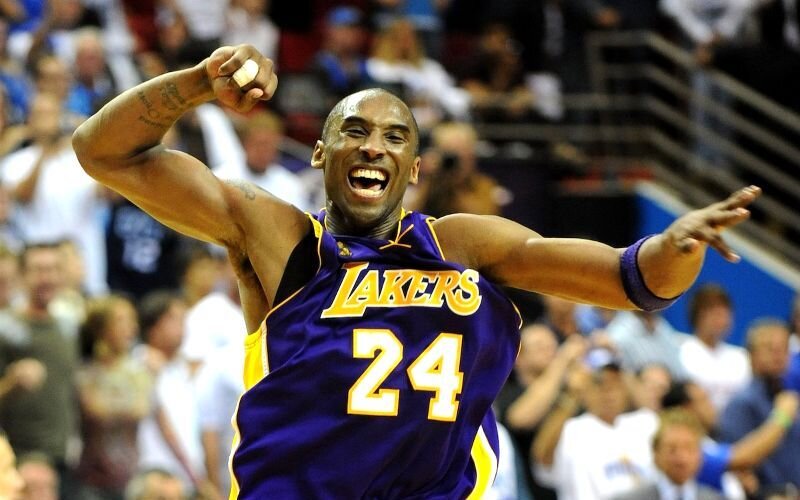 What I can do is offer my account of this legacy. A legacy of a sports hero whose jersey numbers I once wore; 8 (football) and 24 (basketball). A legacy bigger than sport, business, or celebrity. A legacy of a mentality, the Mamba Mentality, that no earthly tragedy can take away.

Kobe Bryant was the son of Joe “Jellybean” Bryant, an NBA player turned Italian pro in the 1980s. When he went to Italy to continue his basketball career, he took his 6-year-old son Kobe with him. Maybe there’s something you didn’t know? Kobe Bryant spent seven years of his childhood playing ball on playgrounds in Italy.

After Bryant returned to Philadelphia at 13 years old, he took Lower Merrion High School to a Pennsylvania state title. He racked up 2,800 points, and was named Naismith Player of the Year and Gatorade Player of the Year before skipping college to enter the NBA Draft. In 1996, that jump was rarely made.

That 18-year-old Laker fan was drafted by the Charlotte Hornets with the 13th pick, then traded to Los Angeles. A dream come true. And just like Kobe himself said in his final game, not even Hollywood could write this story.

Kobe needed a few years before taking over L.A., and a little help made all the difference.

The Lakers signed Shaquille O’Neal in free agency in 2000, and together, Shaq and Kobe won three consecutive titles in 2000, 2001, and 2002. They’re the last NBA team to complete the 3-peat, but Kobe was still just… Kobe.

The Birth Of The ‘Black Mamba’

In 2003, Kobe was charged with sexual assault in Colorado. He proclaimed himself innocent and the charges were later dropped, but his reputation was damaged. His “hero status” was revoked almost overnight. He needed an outlet to block out the noise and continue his pursuit of basketball excellence, so he created a persona.

“I had to organize things. So I created the ‘Black Mamba’. So Kobe has to deal with these issues, all the personal challenges. The Black Mamba steps on the court and does what he does. I’m destroying everybody that steps on the court.” — Kobe Bryant

The ‘Black Mamba’ nickname was inspired by a deadly assassin in the 2003 Quentin Tarantino movie, “Kill Bill.” Kobe likened it to David Banner and “The Hulk” or Peter Parker and “Spiderman.” It was Kobe Bryant in the streets and ‘Black Mamba’ in a Lakers uniform. And like a killer snake ready to strike, Kobe returned to an assassin on hardwood.

He reached new heights when Shaq moved on to the Miami Heat in 2004. For the next two seasons, Kobe averaged career-highs in scoring with 31.6 and 35.1 points per game. It was then in 2006 when he torched Toronto with 81 points in the second-highest scoring game in NBA history. The second chapter of his career was only beginning.

Two more titles in 2009 and 2010 added to Kobe’s ring collection. Five in total, alongside 18 all-star selections, and countless other achievements of which we can’t even begin to unpack.

Those later years of Kobe’s career gave us something different. He had made mistakes. He was flawed. He was human. There’s something about rooting for The Underdog, and Kobe tapped into the mentality of this alter ego to become one. The Mamba Mentality is a relentless pursuit of greatness. It is, quite frankly, The Underdog mentality. We got ‘Underdog Kobe’ in the second act.

Those last five years from 2011 to 2016 will be what I remember most. It was the should-be circuit for all of the greats. A slow fade into player-coach, role model, leader of the younger generation, and a farewell tour across every arena with tribute videos and highlight reels. Kobe’s final season was one to remember.

I could write an entire book about The Mamba Mentality, but Kobe’s version is better.

No matter what you do in life, find your alter ego and attack your goals, relentlessly… The Mamba Mentality, immortalized.