A New QB1 in Chicago 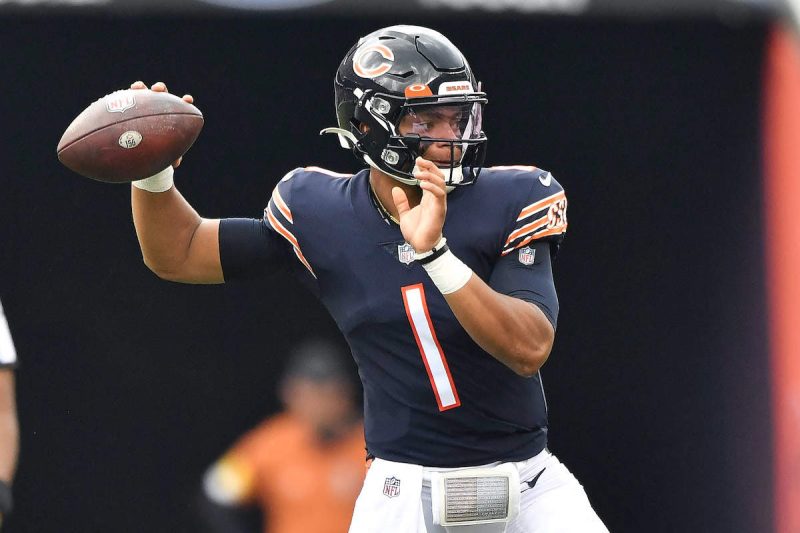 Buckle up, Bears fans! It only took two weeks before rookie quarterback Justin Fields got on the field, and he’s now the official starter heading into Week 5. Chicago head coach Matt Nagy made the announcement on Wednesday that Fields would start regardless of Andy Dalton’s ongoing knee injury.

Bears on the Battleground

The news of Fields’ takeover isn’t surprising despite his somewhat mediocre stats and a 1-1 record in two starts, but the road ahead is rough for Chicago. The Bears face the Raiders (3-1), Packers (3-1), Bucs (3-1) and 49ers (2-2) during the month of October.

The Justin Fields era in Chicago has officially begun.