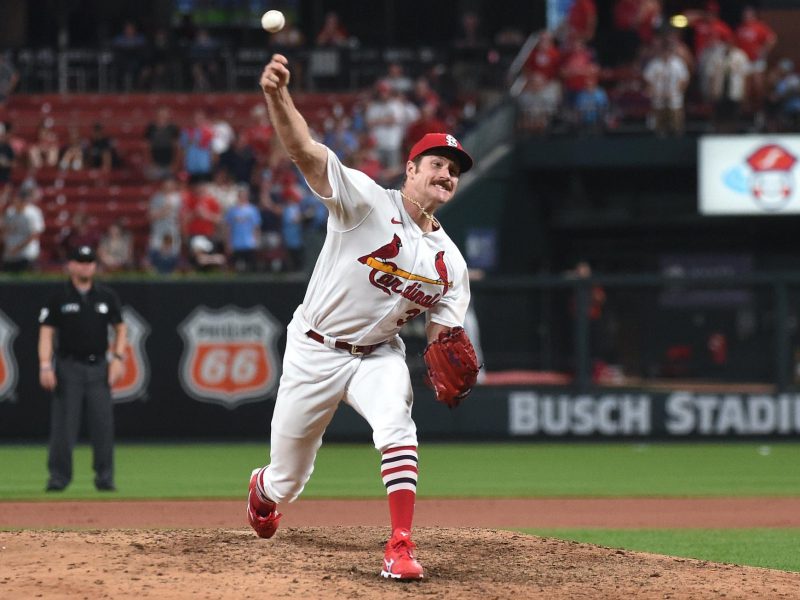 One out away! Cardinals ace Miles Mikolas took a no-hitter through 26 outs against the Pirates on Tuesday night, then it ended. Mikolas had six strikeouts and a shot at the Cards first no-no since 2001 before Pittsburgh’s Cal Mitchell played spoiler with a two-out double. The fly ball in center field just missed the outstretched glove of Harrison Bader. St. Louis won the game by a landslide (9-1), but it was an oh-so-close moment on the mound for Mikolas. He threw 129 pitches before the breakup. Packy Nuaghton came on for the final out.

Watch: Miles Mikolas 1 Out Away From No-Hitter

Braves Streak at 13: Atlanta won their 13th straight game on Tuesday by smashing the Nats (10-4) behind five home runs. Travis d’Arnaud had the big night (3-for-5, 3 RBIs, 3 Runs), and the Braves’ June streak rolls on.

Hoskins Gets Hot: The Phillies fell to the Marlins (11-9), but Rhys Hoskins had the biggest night in the majors with four hits, two home runs and six RBIs.