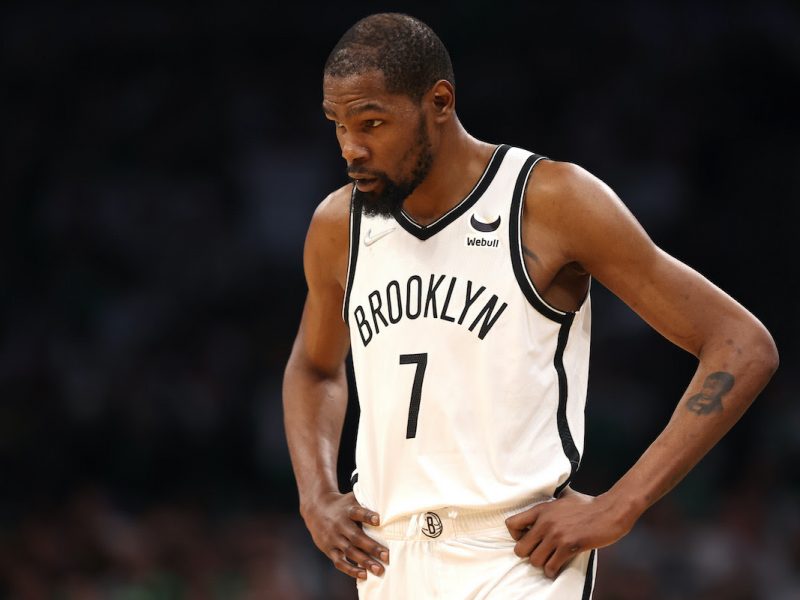 The NBA world was set on fire last week when Kevin Durant requested a trade from the Brooklyn Nets. When it was first announced that KD wanted out, it was initially expected that a massive bidding war for him would ensue, but that surprisingly has not been the case thus far.

For starters, it’s going to understandably take a historic trade package to acquire Durant, which most teams simply don’t have the assets for. It’s been reported that the Nets were initially looking for two All-Star caliber talents and a haul of draft picks. However, that was before the Rudy Gobert trade to the Timberwolves, where the Jazz got five players and five draft picks in return. While this was definitely seen as an overpay for Minnesota, Brooklyn saw that trade package and now wants at least something similar in return, if not more.

It’s hard enough for a team to part with half a decade of draft picks, but to also include All-Star level talent on top of that would mean that a competitive team looking to get over the hump would be mortgaging their future while giving up the players that make them a favorable destination. So, even though Kevin Durant is arguably the greatest trade asset to hit the market, it looks like teams are halting their pursuit of him until the asking price drops to a point where they can avoid having to either gut their roster or trade away all of their future draft picks.

Yahoo!: There is No Bidding War to Trade for Nets Star Kevin Durant