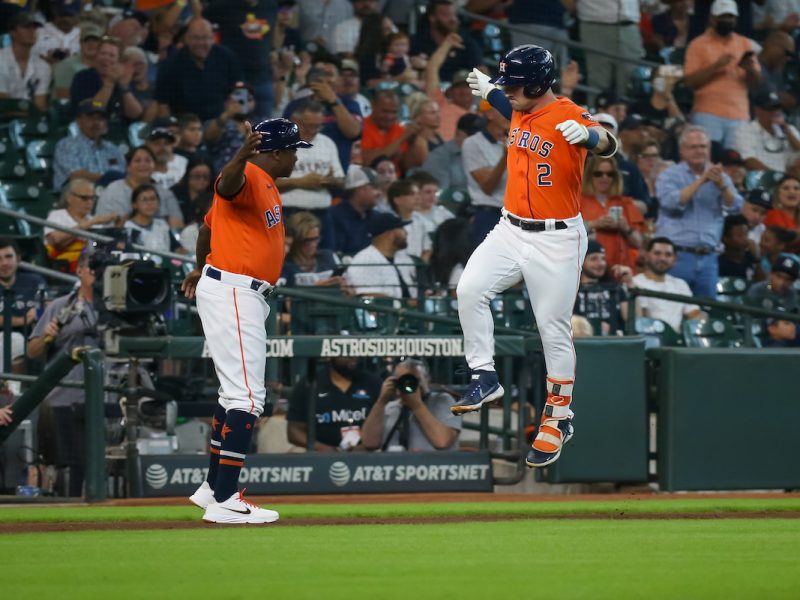 Houston Takes Both Games of Doubleheader Against Yankees

The two best teams in the MLB faced off in a doubleheader yesterday as the Astros took both games over the Yankees, winning the first 3-2 and the second 7-5.

In the first game, the Astros headed into the ninth with a 2-1 lead, but Isiah Kiner-Falefa tied the game up in the top of the ninth with an RBI single. However, Houston immediately answered thanks to J.J. Matijevic’s walk-off single for the win. The second game on the other hand wasn’t nearly as close. Yordan Alvarez and Alex Bregman hit back-to-back homers in the first inning to set the tone and complete the wire to wire victory over New York.

While this has for the most part been a magical season for the Yankees, they cannot seem to exercise their demons in Houston. After crushing playoff defeats to them in 2017 and 2019, they are just 2-5 against the Astros this year, with their only wins coming via walk-off. If New York wants to get back to the World Series for the first time since 2009, they are very likely going to have to figure out a way to beat Houston, because they are still the team to beat in the American League until proven otherwise.