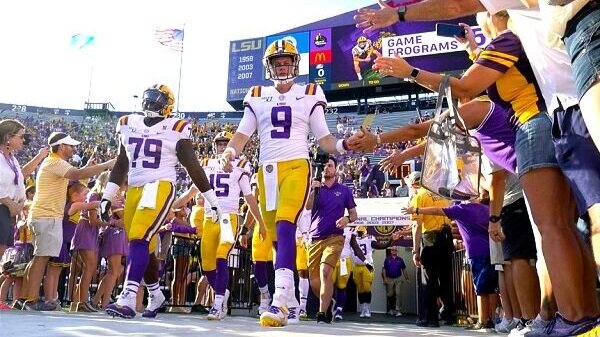 The Rise of a Heisman Finalist Who Almost Wasn’t

A football coach from Athens, Ohio had three sons. Just a short drive south of Columbus and thee Ohio State University, the western hills of the Appalachian Mountains harbored a family of athletes that may have gone unknown. That is until the baby of the bunch just took over the world.

Joe Burrow was the third son of Jimmy Burrow, a Nebraska football player who made a career off the sport. First, in the NFL, then the CFL, then roughly 30 years as a college football coach. His first two sons, Dan and Jamie, played football for Nebraska, just like dad. They each graduated in the early 2000s more than a decade before their baby brother became a high school star.

Jimmy was a defensive coordinator. Jamie was a linebacker. Dan was a safety. The Burrows were tough, gritty, defensive specialists. Baby Joe didn’t want to be trapped in their shadow, so he became a quarterback. You know, the pretty-boy position. But the Burrow toughness still ran in his veins.

By the time he hit high school, little Joe Burrow could flat-out sling it. His numbers were eye-popping, but his physical traits were underwhelming, to say the least. He was a three-star recruit, but he chose to play at Ohio State after growing up just an hour south of Columbus. He knew the competition would be fierce, but he was up for the challenge.

In 2015, Joe stepped into an Ohio State quarterback room filled with some of the best athletes in the country at the position. Braxton Miller had just switched to wide receiver while J.T. Barrett and Cardale Jones were competing for the job. No one – and I mean no one – gave two buckeyes about Joe Burrow.

After Barrett and Jones moved on, Dwayne Haskins and Tate Martell arrived in Columbus. They were a pair of four-star, dual-threat quarterbacks with much more to offer than skinny Joe Burrow. Haskins became a first-round pick, and Burrow transferred after three seasons. He threw less than 40 passes for Ohio State.

The decision to go to LSU is a story in itself, but it was a match made in heaven. A defensive-minded program often called “DBU” for its rich history of producing defensive backs, LSU wasn’t going to lean on a quarterback. This was a place built on the run game and defense, until it wasn’t.

In Year 2, Joe Burrow took the SEC, college football, and the entire nation by storm. He reinvigorated the offense and grabbed hold of the Heisman Trophy conversation almost overnight. Think about it… LSU is now No. 1 in the AP Poll after both Clemson and Alabama – winners of the last four championships – haven’t lost a game? The reason is No. 9.

His 78.8 percent completion rate (if it stays there) will shatter Colt McCoy’s NCAA single-season record of 76.7 percent. Burrow also has 30 touchdowns and just four interceptions. He might make a case for 50 TDs by season’s end, which would cement his legacy in a club of just seven college quarterbacks to throw for 50-plus touchdowns in NCAA history. Ironically, the last QB to do it was Dwayne Haskins.

After all that, a single performance could define his draft stock and future this weekend. Burrow will face his toughest test yet when (1) LSU travels to take on their big brother in (2) Alabama on Saturday. But if there’s one thing we know about Joe, it’s that he thrives in the shadow of big brothers.

For the sake of college football storylines, let’s hope for an LSU-Ohio State matchup in the College Football Playoff… An underdog against the superpower that made him one.