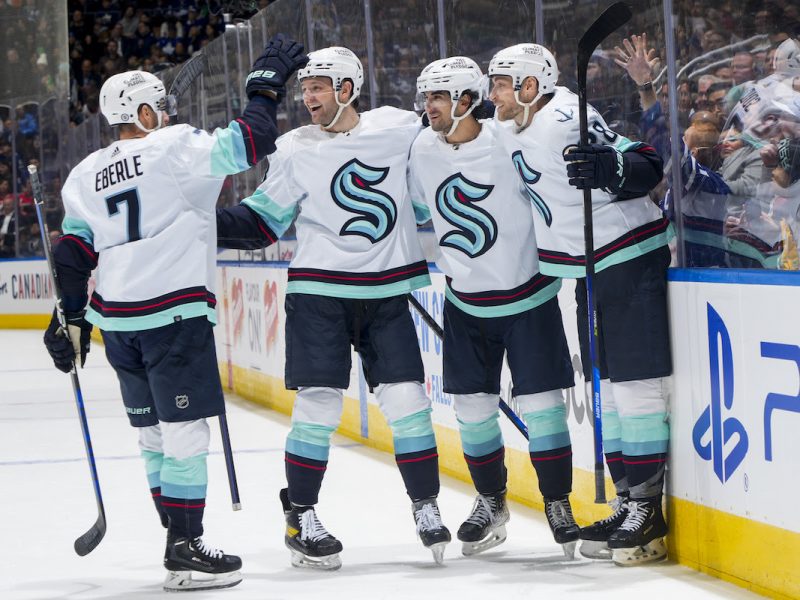 It was 2020 — in the depths of COVID-19 — when the NHL revealed its newest expansion team in the pacific northwest. The Seattle Kraken entered the 2021 season with hopes of building a fanbase. In 2022, winning is now on the menu. The Kraken topped the Sabres last night (4-3) thanks to a goal and an assist from Matty Beniers. His goal streak was extended to five games, and the Kraken’s win streak is now a league-best six straight. That’s right — Seattle is the hottest team in the NHL. At 52 points (24-12-4), they’re just four points back of Vegas for the top spot in the Pacific Division, and they’re within three wins of every team in the league aside from the league-leading Bruins (68 points). Two years after the Kraken franchise was created, it’s starting to awaken.

Rangers Rally in Wild Shootout: The Rangers rallied twice against the Wild to force a shootout after Filip Chytil made it 3-3 with six minutes to play. Artemi Panarin tallied the shootout winner for New York (4-3, SO), and the Rangers are 4-1 in 2023.

Penguins Keeps Metro Tight: An early three-goal deficit wasn’t enough for the Canucks to hold down the Penguins. Pittsburgh scored five unanswered goals to a 3-0 hole into a 5-3 lead thanks to Evgeni Malkin’s two-goal, one-assist game. They won (5-4), and the Metro race now has six teams separated by ten points.