Barrett Goes Glass at the Garden 👀 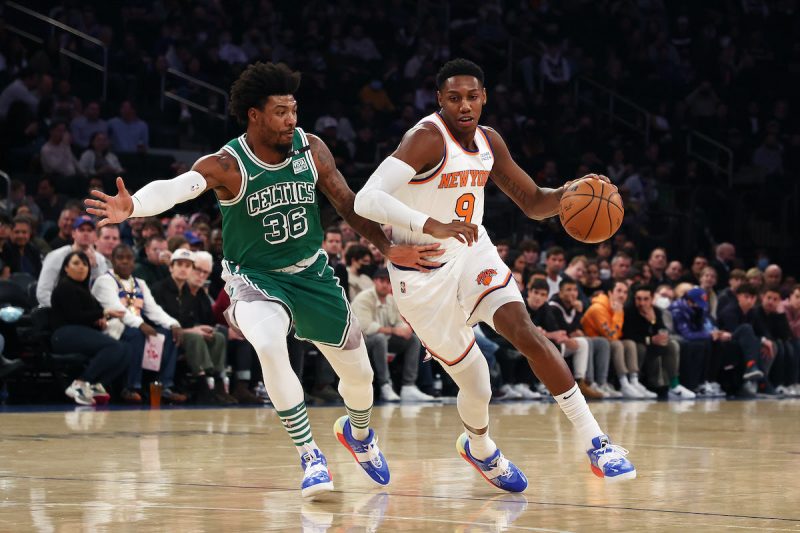 Drama in Madison Square Garden! The Knicks and Celtics met Thursday in the Big Apple for an instant classic. New York took a 105-103 lead in the final minute after trailing by 25 before Jayson Tatum hit a step-back jumper for Boston to tie the game with 1.5 seconds left. On the ensuing inbounds, the Knicks gave it R.J. Barrett for a must-see 3 off the glass as time expired. Evan Fournier had 41 points on a historic shooting night (10-for-14, 3-pt), and it was his third 30-point game against his former team just this season. The thriller in MSG was capped by an unforgettable finish, and New York (19-20) has won seven of its 11 games after going 12-16 to open the year.

Grizzlies Grab 7th Straight: Make it seven straight wins for Memphis after a 30-point beatdown Thursday against the Pistons (118-88). Ja Morant (22-9-6) was once again the star of the show for the Grizzlies who are now 26-14.