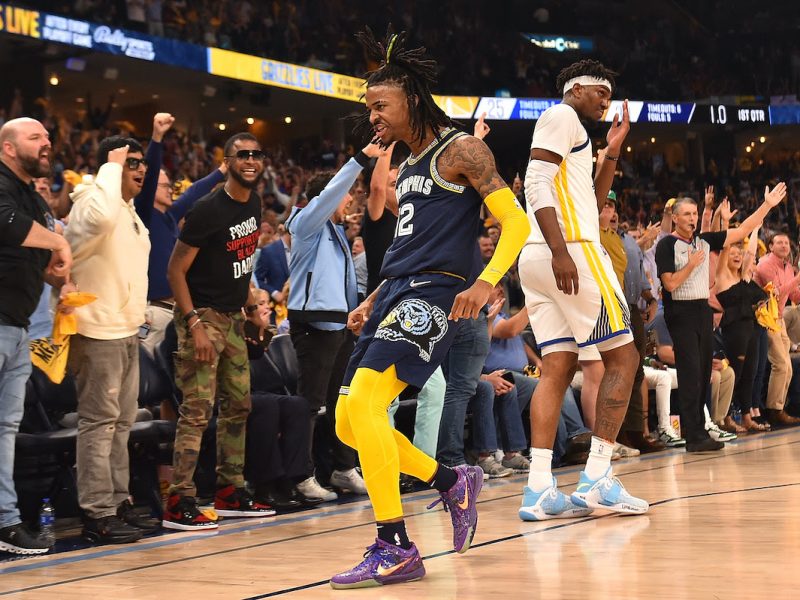 Getting spicy in the Association! The home teams bounced back in their respective Game 2s to salvage a split to open the conference semifinals. Ja Morant’s 47-point night made things interesting in the West as he continues to be must-see TV. In the early game, the Celtics opened a can on the Bucks to even things in the East. The playoffs keep rolling into May…

It took a late rally and 47 points from Ja Morant (47-8-8) to lift the Grizzlies over the Warriors in Game 2. The trio of Steph Curry, Klay Thompson and Jordan Poole went a combined 6-for-28 from deep (21.4 percent), and they still only lost by five on a night where Morant flirted with 50. In the end, Memphis trailed down the stretch facing a 2-0 series hole, but Morant stepped up to score the Grizzlies’ last 15 points in the final 4:16. Memphis is alive and thriving. Series Tied (1-1)

After dropping Game 1 in TD Garden, the Celtics delivered a no-doubter on Tuesday with a 23-point blowout. Jayson Tatum (29), Jaylen Brown (30) and Grant Williams (21) were unconscious from beyond the arc. They shot a combined 17-for-29 (58 percent) from 3-point range. Meanwhile, the Bucks couldn’t buy a bucket en route to their lowest-scoring night of the year. It’s all square out East. Series Tied (1-1)

Miami Heat guard Tyler Herro was named the NBA’s Sixth Man of the Year on Tuesday after posting a 20-5-4 average this season while coming off the bench for the top team in the East. He led the league in scoring for bench players and dropped 30 points in eight games. The announcement came one night after Herro scored 25 in Miami’s Game 1 win against the 76ers.

SI: Steve Kerr Sounds Off on Dillon Brooks’ Foul of Gary Payton II: “That Wasn’t Physical, That Was Dirty”