Braves & Astros on the Brink 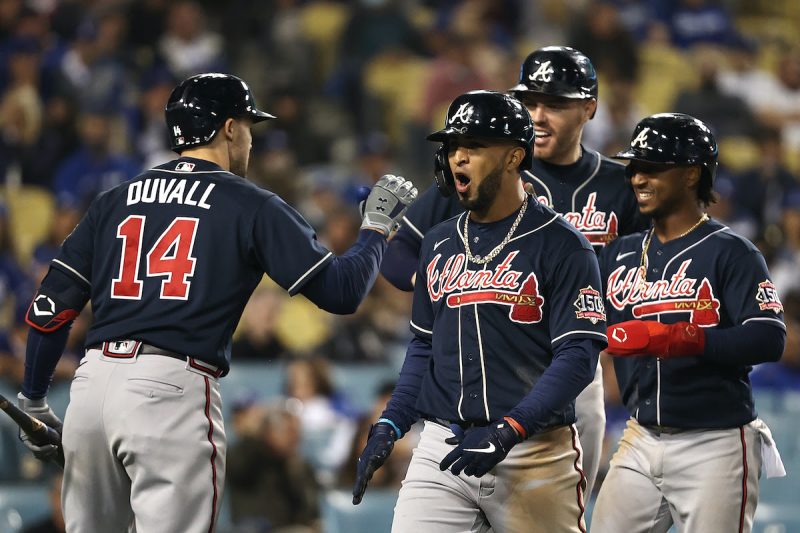 We’re on the brink of a Braves-Astros World Series matchup after Wednesday’s action. Both teams dominated from start to finish to clear a path to the Fall Classic in the coming days. From Eddie Rosario’s two-homer night to an Astros sixth-inning explosion, here’s how the two teams inched closer to the big one.

The Eddie Rosario show continues for the Braves. Atlanta’s left-fielder crushed two home runs in Game 4 and ended the night 4-for-5 with four RBIs. He just a double away from hitting for the cycle, too. The Braves tagged a handful of runs through the first five innings against Dodgers pitcher Julio Urias, but a four-run ninth put Game 4 in the bag. (ATL Leads Series 3-1)

Astros’ ace Framber Valdez was the star of the show in Game 5 of the ALCS with a 1-run, 8-inning gem. Valdez gave up just three hits while striking out five Red Sox batters en route to a Houston runaway. Yordan Alvarez held the big bat for the ‘Stros with a 3-for-5 night that included two-run blast and three RBIs. (HOU Leads Series 3-2)