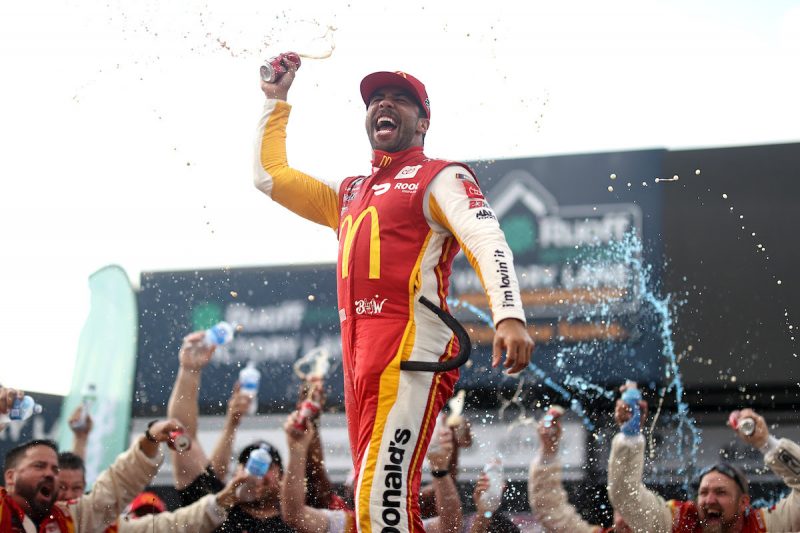 There’s no raining on Bubba Wallace’s NASCAR victory parade. After Sunday’s YellaWood 500 at Talladega Superspeedway was postponed due to rain, Wallace captured his first career win on Monday to make history as the second black driver ever to win a Cup Series race (Wendell Scott, 1963). But how he did it was quite different. After garnering the lead, Wallace and the field were stalled on Lap 118 of 188 when the rain came back. After 45 minutes, NASCAR called the race and declared Wallace the winner.

NASCAR Playoff Standings (Round of 12)